The Dark Room is a game based on the humor and show of international comedian John Robertson. Some readers might be familiar with his stand-up but he hasn’t quite made it to the United States yet. Robertson’s act “The Dark Room” is the world’s only live-action video game. The concept debuted live in August of 2012 at the Edinburgh Fringe, which is the world’s largest arts festival. The act combined a screen, $5 of electronics, and a multimedia rig all fueled by Robertson’s unique sense of flair, good timing and ability to apply comedic verbal abuse on the “players”, i.e. the audience. Fast forward to current day and Robertson’s act has now fully flourished into a retro, comedic adventure game. This is our PC review of John Robertson’s and Stirfire Studios‘ The Dark Room!

The Dark Room is based on Robertson’s love of 1980’s text-based adventure games, think back to the times of games like Zork. In those retro adventure games, you entered a command at a text prompt and got a text response detailing the outcome of your textual commands. In Robertson’s variation, the scene is set by a CGI avatar, named the Guardian, that looks strikingly like Robertson himself garbed in a black outfit appropriate for play in the Mutant Football League. Your textual choices, a max of four, show up, on the otherwise lonely black screen, at key decision points in the narrated storytelling. Your objective? You’re in a dark room and you need to find the light switch. Your text-based choices can be selected by using your mouse or the designated key(s) which are displayed on-screen. 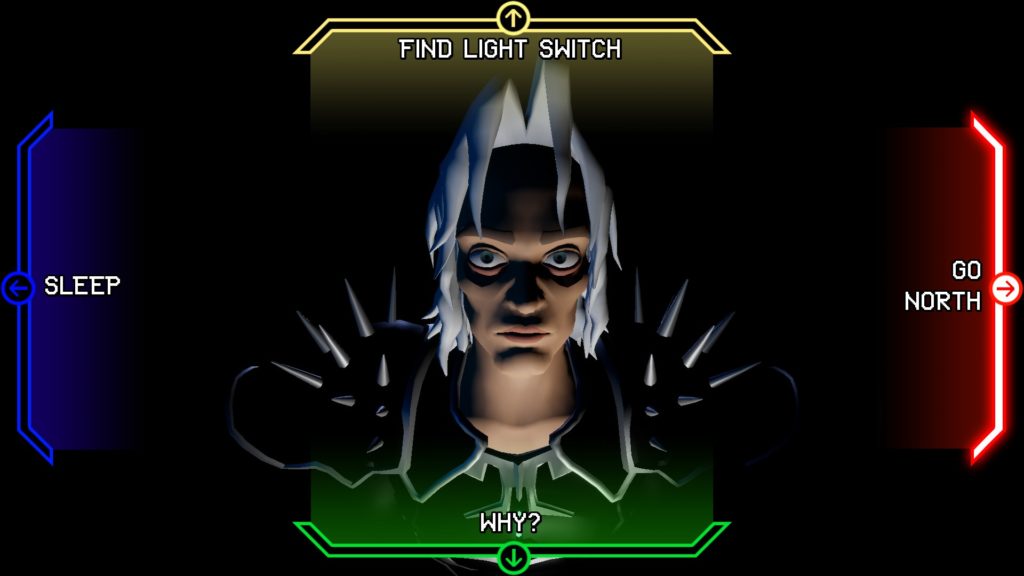 The abusive Guardian, being your only companion throughout the game, is done very well. The animated moves, faces, gestures, and expressions of the Guardian are quite life-like and entertaining. The dialogue, while humorous, can be too quiet in some spots. You can turn up the volume but the trade-off is you might be overwhelmed by the Guardian shouting “YA DIE! YA DIE! YA DIE!” a couple of dozen of times. The humor in the game, in some cases, comes at you as a surprise. I can’t give specifics without ruining the play experience but what you think is the right choice can in several cases be the hilarious choice. Given that, it’s highly recommended that you stay away from Youtube plays of this game as you’ll ruin the surprises!

To be clear, this game is a straight out comedic, slightly abusive puzzle adventure game. If you’re easily offended then this is probably not the best first choice of a game. To be blunt the game bills itself as an “interactive abuse simulator”. The “abuse” is by no means derogatory in nature and is quite humorous the first, second or even third time through. Therein lies one of its faults. You are expected to “die” quite a LOT playing through the logic, or illogic, of this game. The game automatically saves a checkpoint, which means the last point in the adventure you were on the correct path before you diverted into the abyss. When you “die” you can restart from that checkpoint, the problem is you might need to walk through several screens of choices before you get back to the key point in the game where you went astray. Hearing the same dialogue, even in all their humor, gets a bit redundant after your sixth or seventh time through. Thankfully, some of this can be avoided by clicking through some of the spoken dialogue screens, akin to a “fast forward”. 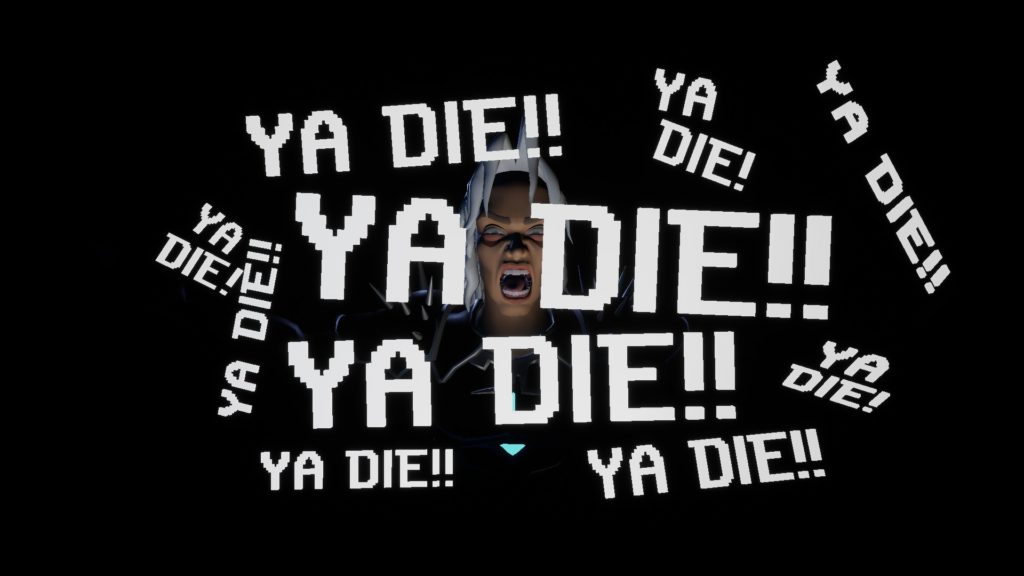 The other slightly annoying thing is an occasional screen flicker in areas. I first believed this to be a video driver issue but watching someone else play on Youtube I saw the same behaviour. One can only assume this was meant to add a retro feel to the game. During the playthrough I did run into some video screen freezes where the screen didn’t advance, we did have an early access copy though. This initial offering is considered to be “Level One” with more (free?) levels forthcoming which is a plus. The game is billed as having 600 scenes but nevertheless, I finished playthrough in about 90 minutes, at least I think I did as the final screen froze on me where I believe it to have been the conclusion of Level One, I just never saw the “To Be Continued” screen that I expected from watching another Youtuber.

Level One of The Dark Room is available now on Steam for $17.99 with future levels slated for release over the next few months.

Tags: John Robertson, Stirfire Studios, The Dark Room
Summary
Recommended if you're looking to spend an hour or two laughing while being slightly abused, and who doesn't like to be abused? The Dark Room is a short, but unique throw-back to the age of retro text-based adventure games.
Good
Bad
7
Good

The Dark Room is a game based on the humor and show of international comedian John Robertson. Some readers might be familiar with his stand-up but he hasn't quite made it to the United States yet. Robertson's act "The Dark Room" is the worl...
0
Average User Rating
0 votes
Have Your Say!
Your Rating: 0
Submit
Write A Review