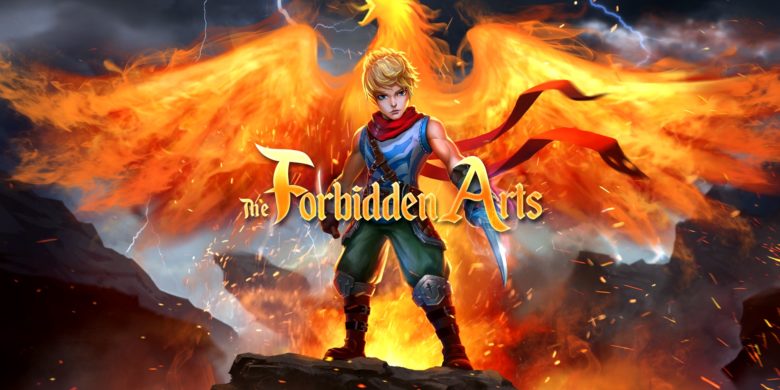 Confession time: I am not the target audience for this game. I rarely play platformers, if at all. That being said, that was absolutely not a problem when it came to reviewing this game. The problems were anything but the genre. This is our Forbidden Arts Review.

I always need to look up the company behind a game before I review, for me, it’s a must. Stingbot games is a tiny indie company, which means it gets a lot of grace on certain things. However, there are certain basics that need to be covered in order for me to even consider a game worth the money and time. Controls, art, music, writing, player experience.

For most of those, Stingbot does surprisingly well. However, where they fail to meet standards…well in some cases, it’s a pretty big miss. The controls are nice and simple and easy to manage-even for someone like me who has the reflexes of a squirrel on meth. Seriously, do not let me play driving games, flying games or anything that depends on smooth reflexes. I will overcompensate, button mash and screw up, repeatedly.

That doesn’t mean I don’t try. That would have been a lot easier with a tutorial of any kind to explain what the controls were or even what keys activated them. I finally gave up and went into my options menu to look at the keybindings, and had to look at my character info sheet to find out what actually activated something and if I had any skills to start (no). Instead of a tutorial, you get a cutscene and then told by a guard to go find a druid. That’s it.  Even the cutscene doesn’t elaborate much aside from what you already knew when you bought the game. You’re Phoenix, and it’s your time to…do something. All set against a black background where you zoom around with only a voice over. At least it’s better than your minimap-which consists of black with orange rectangles that don’t even join up properly where they’re supposed to. 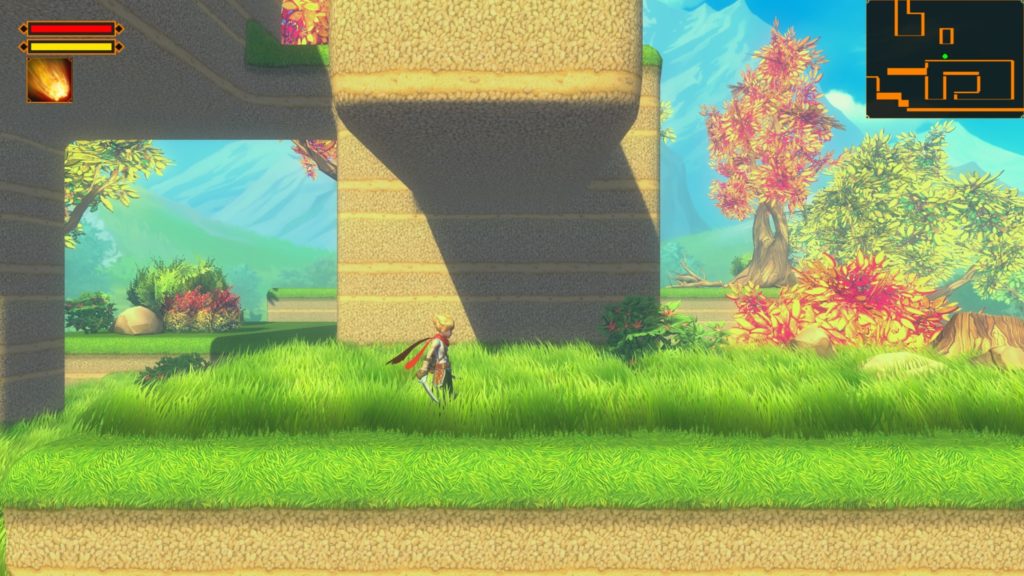 I will give them this, the voice acting is pretty good. I typically hate voice acting because it’s so over the top, and at first I thought it might be bland or cheesy, but it isn’t the voice actors. They have lovely voices that I really wouldn’t mind listening to for a decent length of time. It’s the script. It’s bad. The more I learned about the story the more I wondered if it was actually someone’s fanfic mashup.

You are Phoenix who shoots fireballs like a certain fighter of streets. You are the chosen one who will learn forbidden magics-which we’re never told why they’re forbidden, and apparently, a lot of people have used them, despite the fact they’re “forbidden”. Though, I understand, “limited only to people who go out of their way to learn them” doesn’t quite have the same ring.

You’re here to fight the evil necromancer, Voltaire. I haven’t gotten far enough to figure out if they mean the Goth Band or the philosopher. Possibly a mashup fantasy version? Of course, he has evil robes and a skull fashion fetish. 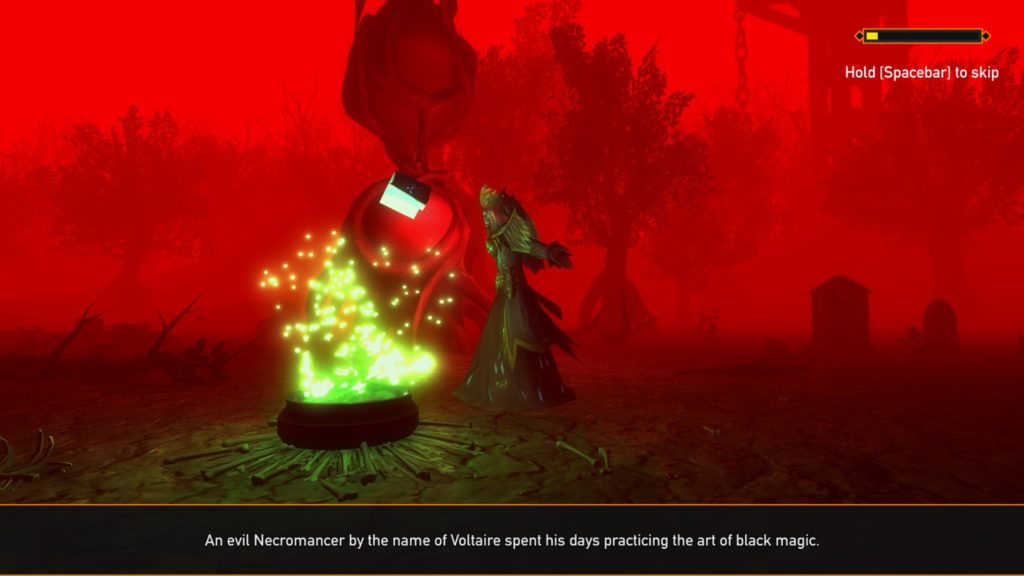 A short bit later you meet to “Kodiakk” (no, that’s not misspelled), the dark elf ranger who left his people …er …clan.. To live alone. He likes the solitary life and “is no sheep” (direct quote). If you know fantasy you know exactly who this is supposed to be. If you’ve played any fantasy MMOs, you’ve seen his clone around under various misspelled versions. He’s also got some mashup qualities with a certain Blooming blonde elf of fantasy lore, also having the misfortune to having his name hijacked and misspelled on MMOs all over the world. 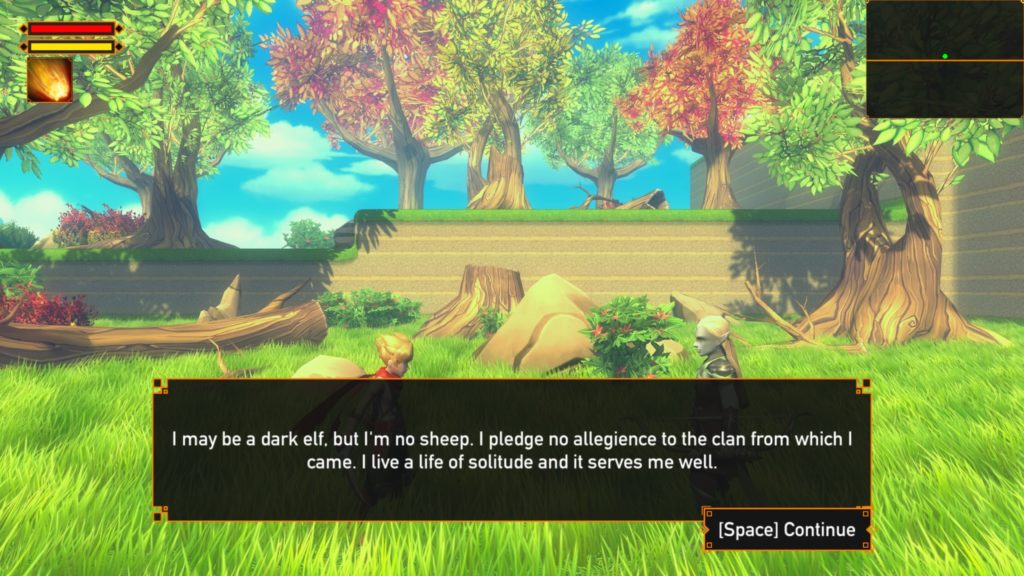 Honestly, as a (primarily) side-scrolling platformer, it has more plot than it needs, and it’s all bad. Stingbot would have been better off returning to just “rescue the princess”. Though if they really want to do mashups, maybe they could rescue the magic princess who yearns for her dead boyfriend-of whom you’re a clone.

To cap it all off, this is done to the tune of acoustic guitar-which is nice and all, and great for the one brief open-world map (which is really really tiny), but not so much for combat. It’s good music, certainly no harm to my ears, but in a side-scrolling platformer game? Let’s just say the conflict in the genre of music versus the genre of play is somewhat jarring. I suppose some people might enjoy the change. Or maybe it’s another love letter to the mashup?

At least the scenery is beautiful. They have a great artist. No, it isn’t final fantasy level, but it’s pretty and well shaded with a bright colorful palette that keeps your attention but doesn’t try to boil your retinas. Sure the settings and characters are simple (once you get past the mashups), but they work aesthetically. 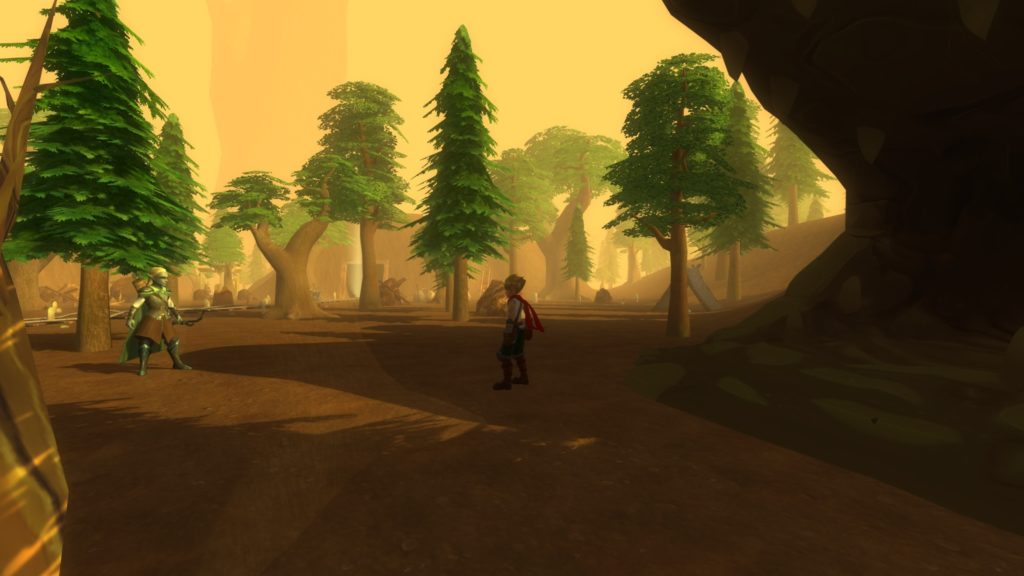 COMPARE TO: Any platformer-but add in AQ3D like graphics and a couple of small free roam areas.

Tags: platformer, review, Stingbot Games, The Forbidden Arts
Summary
The gameplay, art, and controls are all solid, the music is nice but an odd choice for a platformer, and the voice acting is good, but it’s largely marred by the mashup fanfic plot. I found a few bugs, and there was some lag in controls, but they were largely incidental, and to be expected in a small team game this soon out of Early Access. By and large, it’s an okay offering, but not 15$ okay.
Good
Bad
4.5
Poor
Previous ArticleLatest Greedfall trailer spotlights gameplayNext ArticleQhira arrives on Heroes of the Storm live servers 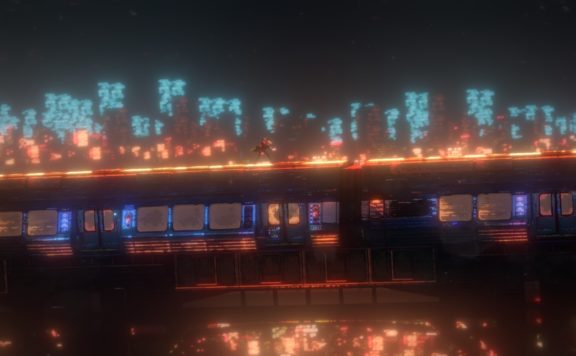