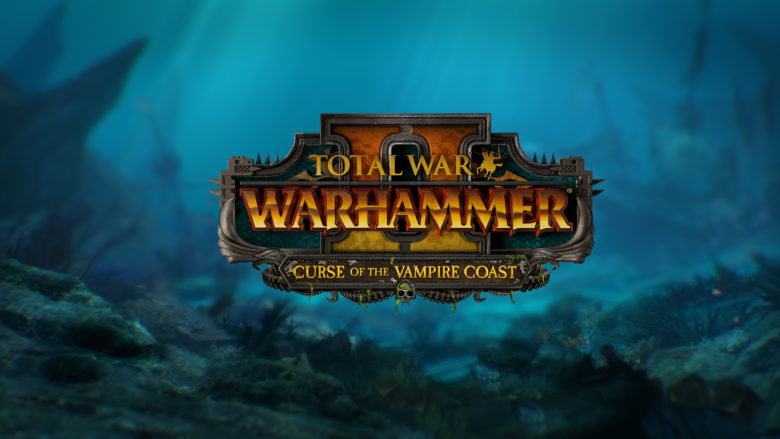 Not satisfied with keeping the game as is, Creative Assembly has brought forth from the depths of the Vampire Coast four new Legendary Lords of undeath. These are not ordinary lords though, these are Admirals of their very own fleet of scurvy undead pirates.  Each seeking to pillage and plunder their way to ultimate victory.  The vortex matters little to these spirits of the sea, instead, they seek to lay death upon the great Merwyrm Amanar. Long dormant, it has risen from its slumber due to the rumblings of the Great Vortex. It stalks the sea, summoning storms and laying waste to ports at will. Only one who wields the Star Metal Harpoon can tame the beast. Sounds easy? It isn’t. 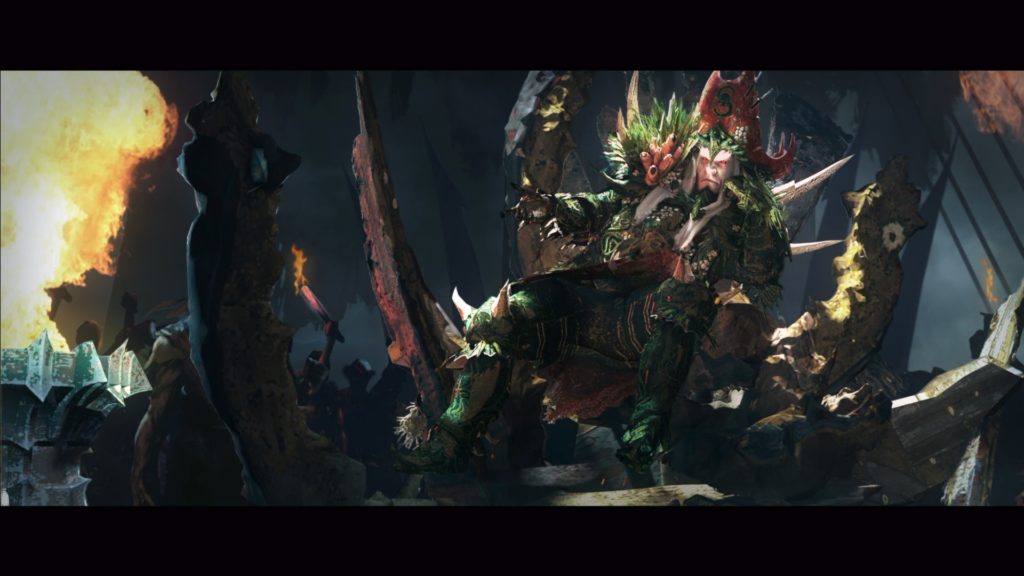 First, you must find the Harpoon and claim it as your own. But it’s power lays dormant. You must invigorate it by using the three verses of a secret, ancient sea shanty. Each part of the shanty lays in the undead clutches of high-ranking pirate captains of the Vampire Coast.  They won’t so much as look at you let alone fight you for it until you have proven yourself. This is where the Infamy mechanic comes into play.  As your faction wins battles, conquers territories and makes Pirate Coves, your Lords Infamy grows amongst the ranks of pirate lords and ladies. As you increase in rank, others will seek you out to challenge you as you claw your way up the ladder of Infamy claiming each part of the Shanty for yourself. 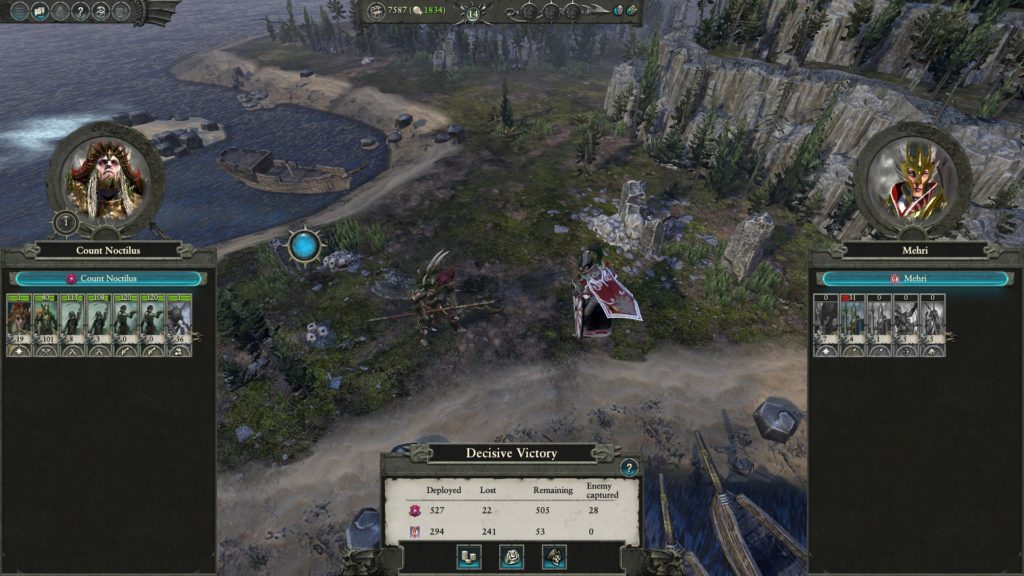 While gaining and empowering the Star Metal Harpoon is the key to final victory for the Vampire Coast Lords there are new mechanics besides the Infamy ladder of pirate lords and ladies to fight.  Pirate Coves can be established after a victorious port settlement battle. This way instead of sacking, razing of taking the port, you can now make the Pirate Cove which will secretly siphon a steady flow of income from the main settlement. These can be upgraded to provide further benefits as well. The Cove itself can only be destroyed is the main settlement is razed, but it can be commandeered by a rival Vampire Coast Lord which conquers the main settlement. 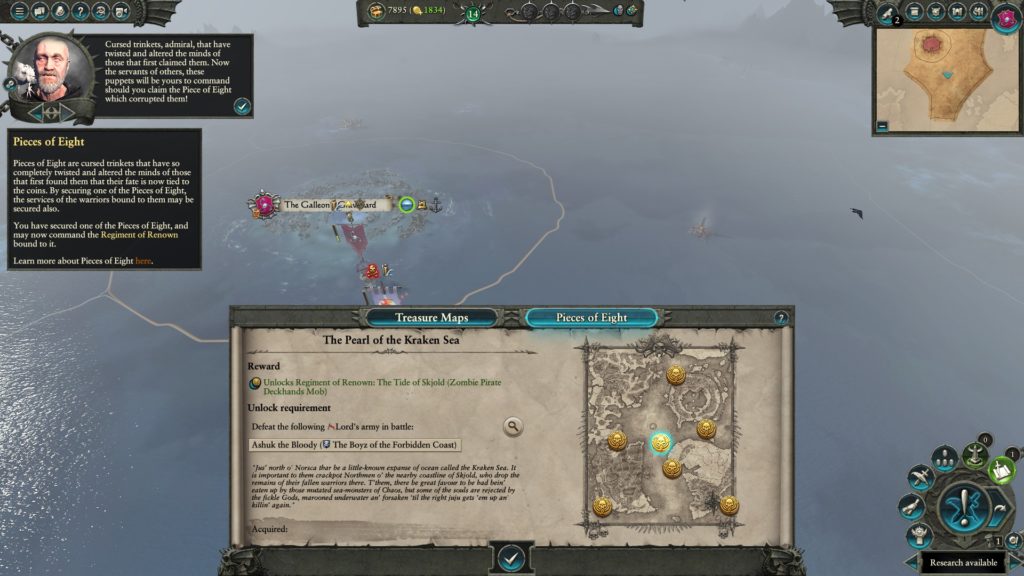 Further adding to the pirate theme in Curse of the Vampire Coast, Legendary Lords sail in their own unique ships. These ships contain powerful upgrades for the Lord and his army much like a Horde Building for Horde Factions. But unlike a normal Horde faction, Vampire Coast lords may occupy settlements as well and develop it with their unique building tree. While all that makes this faction unique as is, Creative Assembly added more. You can gather Pieces of Eight, unique golden tokens that are guarded by a powerful army. These grant access to elite Regiments of Renown variant units. And it wouldn’t be a proper Pirate tale without treasure would it?  Ancient Pirates of lore buried great treasures around the world, which can be yours for the taking as you win battles and learn of their secrets. But first, you must solve their riddle. Cap that off with unique Rites and new island maps this expansion is something you can sink your teeth into. 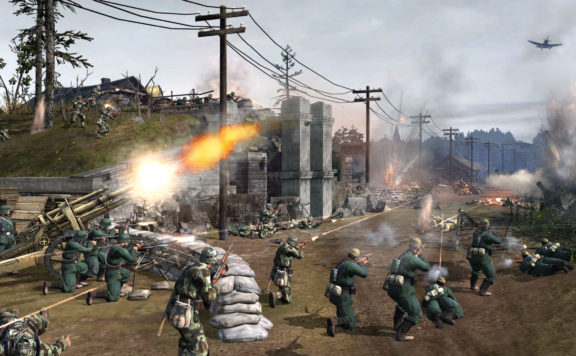 Creative Assembly is shambling along with its latest addition to Total War: Warhammer II, Curse of the Vampire Coast. Bringing not only 4 new faction lords of the Vampire Coast but new gameplay mechanics for said faction and a different end...
7.7
Average User Rating
4 votes
Have Your Say!
Your Rating: 0
Submit
Write A Review
Genre:Grand Strategy