There’s no denying it – Toukiden as a series is Omega Force’s interpretation of the Monster Hunter series from Capcom. And there’s nothing wrong with that. But where the first game, from the bygone year 2014, faltered Toukiden 2 winds up being an admirable take on the Action RPG subgenre. In short, Toukiden 2 is the Best Monster Hunter Clone yet. This is our Toukiden 2 review.

In terms of narrative, it won’t win any Pulitzers, but it’s pretty interesting. Demons have engulfed all of Nakatsu Kuni with a sort of plague and the Oni Slayers are expected to fight them off. As the protagonist, who you create from scratched like any good RPG, you’re a Slayer who fought in the defenses of the “Awakening”. You get sucked into a dimensional portal during that fight and awaken with your memory gone in Mahoroba Village, a village west of Utakata that was surrounded by a mysterious power during the “Awakening”. It’s also around a decade later in time – putting you on a quest not only to fight the Oni, but figure out how to fix the timeline before you disappear.

Toukiden 2 is open world in nature, but not with tons of POIs and towers all over the map as seen in Western open world games. This is still a monster slaying RPG at heart, with the bulk of quests involving slaying large swaths of enemies and larger Oni as well. The larger Oni have weak spots, and you’ll button mash your way through them all while targeting specific parts and dodging their attacks. Each weapon has its own strengths and weaknesses, with my personal favorite being the Hook & Sickle. Combat plays out like most any Omega Force game, but the addition of the Demon Hand mechanic lets you use a spirit-like appendage to stun enemies, close distances, destroy obstacles, and even obliterate body parts of Oni.

You have a main hub in Mahoroba Village, where you’ll get most of your quests, do your crafting, and all the side activities that will keep the game from getting too stale just roving about fighting monsters. The world is massive, but not all of it is open at once either. Unlocking regions through questing and progressing the main story is par for the course, though.

There’s nothing truly unique or special about Toukiden 2, and yet I didn’t want to put it down. Because it’s also on the PS3 (Japan), and the Vita alongside the PS4 its visuals suffer. The PS4 version I reviewed looked decent, but animations and effects, as well as some textures were noticeably hampered by the older systems. And, like Dragon Hunter, it can be repetitive if your goal is to get a platinum trophy. But the action is so fun, and the story genuinely engaging, that I found a lot to like in Toukiden 2. I found myself wishing it was on my new Switch, so I could take it with me (I have a Vita, but it’s a better doorstop, let’s be honest).

Toukiden 2 will likely be swept away in the hubbub of larger AAA releases. But if you’re a fan of this style of Action RPG, do yourself a favor and check it out. There’s even a decent online co-op for up to four people where you can rove the world and hunt Oni together. It’s a fun and solid Action RPG, and the best Monster Hunter clone we’ve seen yet.

Note: We reviewed Toukiden 2 on the PS4, with a code provided by PR. It’s available on Steam and Vita as well. 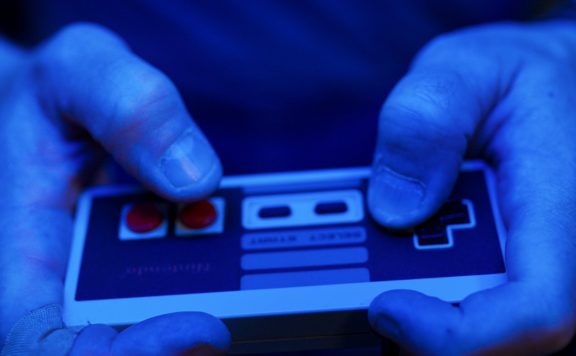 Toukiden 2 is the sequel to Omega Force and Koei Tecmo's Action RPG from 2015. Set in an open world with a brand new narrative, Toukiden 2's focus is on action combat, exploration, and taking down big ass Oni monsters while leveling your hero and getting new equipment. Part of the evolved combat system includes specific body part targeting when you take on the Oni, allowing you to systematically destroy them piece by piece.
0
Average User Rating
0 votes
Have Your Say!
Your Rating: 0
Submit
Write A Review
Genre:Action RPG, JRPG, open world, RPG
Rating:Teen
Developed By:Omega Force
Publisher:Koei Tecmo
Modes:Multiplayer, Single-player
Series:Toukiden