From the gesticulating appendages of Genital Jousting to upcoming romantic dating dungeon crawlers, if a game has an ounce of originality I will try it. Now, developer Finite Reflection Studios brings a brand new twist tof the top down twin stick with the co-op adventure Twincop and I grabbed a friend to take down the bad guys.

Set in the aftermath of a horrible pontoon accident, the local municipality makes use of the latest technology to rebuild the cops injured in this accident. The result is the ultimate in modern law enforcement, the Twincop. Stitched together, you and your injured partner are now the Twincop, and it is down to both of you to take out the scum that prey on your city. Twincop puts two players in charge of a single crime-fighting unit, challenging players to take the fight to the criminals without battling each other too much. As one player controls the left and one manhandles the right arm, players cut through waves of villains, thieves, and malcontents as they get to the bottom of the violence tearing through the city. 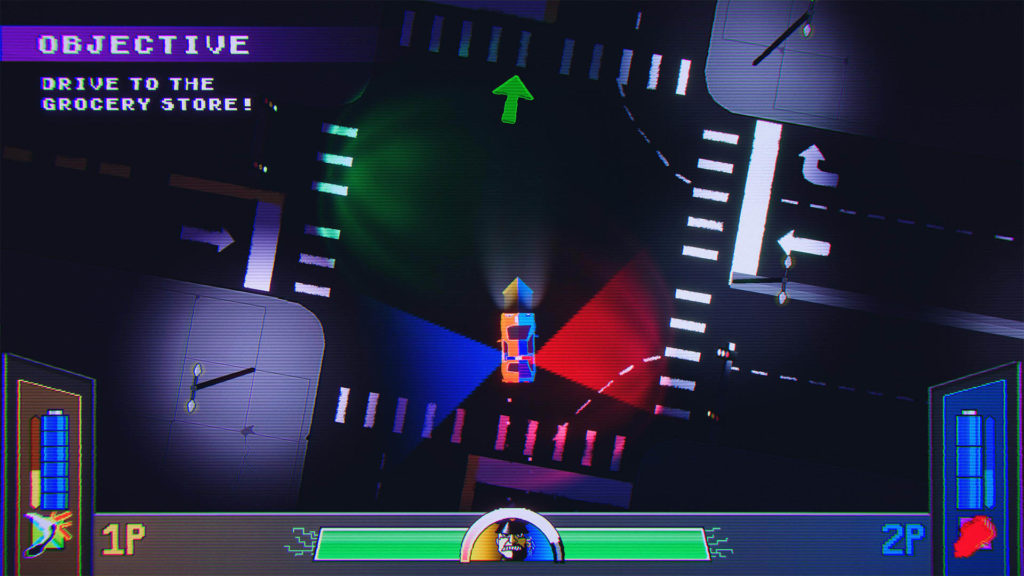 This tale of reconstructive law enforcement might sound suspiciously familiar, and you’d be right to think this. Twincop does not just take inspiration from eighties action movies, it positively embraced its robotic police approach. Opening on an obviously retro neon trailer, Twincop is accompanied by the same sort of gaudy retro aesthetic that games like Farcy’s Blood Dragon revel in. Twincop might present a simple front but its pixel art aesthetic is far from criminal. Rather, the bright colors, blocky artwork, and simple design choices are actually very in fitting with the entire eighties action riff.

Where Twincop differs from most shoot em ups I have encountered before is the multiplayer mashup that is the main protagonist. On opening the game, players are presented with a tragic tale of a pontoon accident that left a pair of dedicated bobbies near death. After some unorthodox reconstruction, they now inhabit either side of a single body. When two players take to the gritty streets of this game, each controls half of the protagonist. This is most apparent during run and gun sections of the game.

Set on the scent of criminals and ruffians, players scouring the streets can move either the left or right half of their cop. They can aim a corresponding firearm and pull the trigger independently. Of course, this requires coordination, communication, and an ability to run and gun. Twincop takes the basic mechanics of any twin-stick shooter, challenges you to coordinate with a partner, and drops in a range of outlandish enemies. As twirling ninjas and rocket-propelled goons attack you and your other half, Twincop does provide some extra options to keep you alive among the chaos. Moving both halves of your character in the same direction provides some healing, a bullet time power bar is intermittently available when things get too much, and each unfortunate cop has their own special move. Whether it is frying criminals with a taser, slapping a miscreant with a powerful kipper, or unleashing your truncheon, Twincop doesn’t take the fight against crime too seriously. 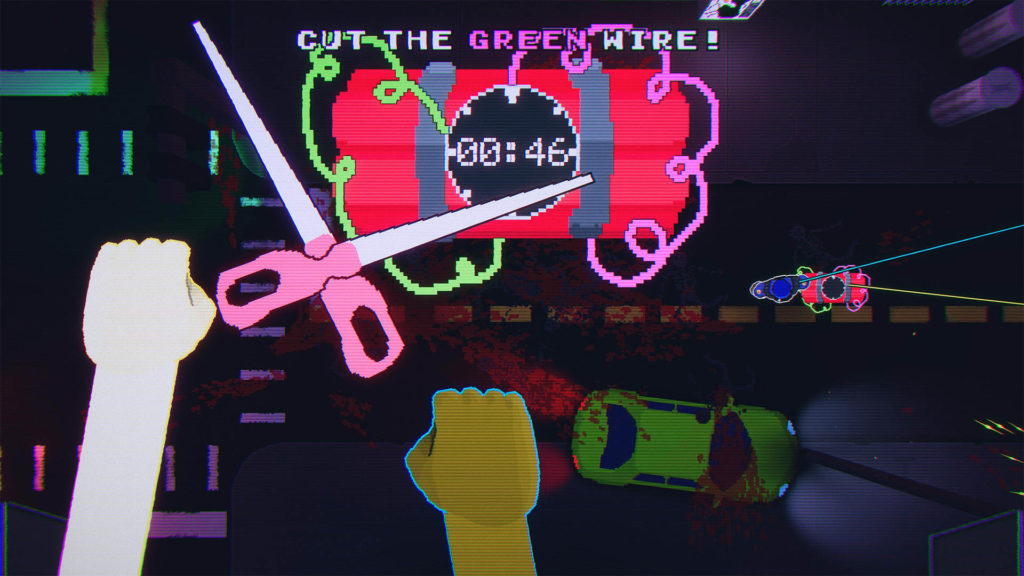 As players trudge through the bloodied remains of petty criminals and drunkards with far too many explosives, the control set is obviously simple. The point of Twincop Is to let the players complicate things with an utter lack of direction and communication. The game occasionally shakes things up, asking players to drive half a car through oncoming traffic, steal fuel from fellow motorists, defuse bombs, and even construct sentences together. The result is quite obviously tongue in cheek silly. You barely give a second thought to the criminals you take down as the police chief cheers on your rampage and the upbeat soundtrack urges things along. Get together with a friend and you won’t have to wait long for the screaming and confusion to begin.

Twincop is more than a one trick police horse. A number of extra modes are available that should satisfy solo players. If you do not have a spare pair of hands you can play with an AI, control both halves of your own mashup, and battle waves of enemies in arcade mode. A reasonable number of achievements are, of course, available if you want them but the fun here really is in the local co-op. Twin cop is ludicrous, irreverent, and utterly infuriating. It is easily the most fun I’ve had after a pontoon accident. Twincop is out now on PC. You can find out more it over on the official Twincop website. 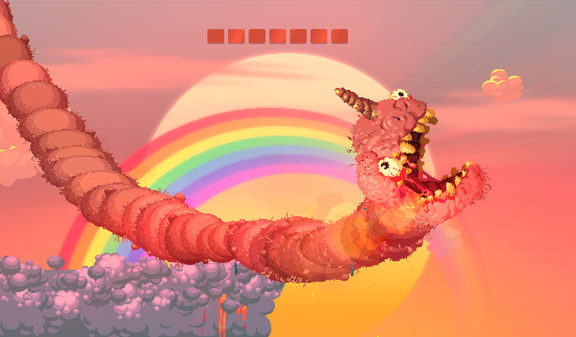 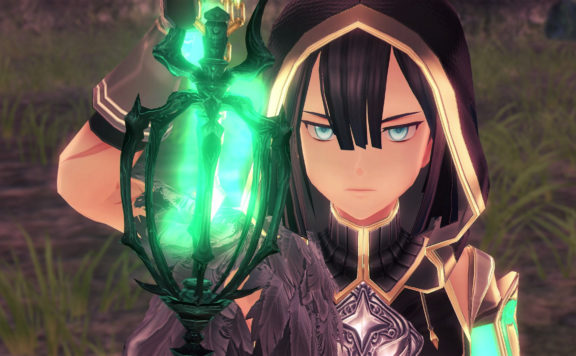 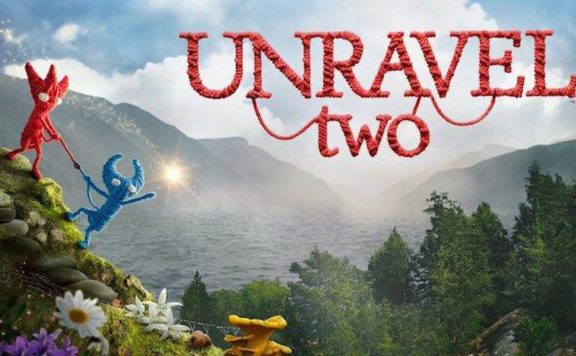 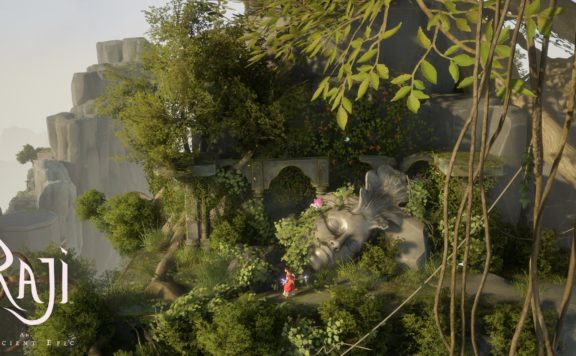 From the gesticulating appendages of Genital Jousting to upcoming romantic dating dungeon crawlers, if a game has an ounce of originality I will try it. Now, developer Finite Reflection Studios brings a brand new twist tof the top down twin...
10
Average User Rating
1 vote
Have Your Say!
Your Rating: 0
Submit
Write A Review