Previously released for the PC, Xbox, and PS4, Victor Vran: Overkill Edition has joined the long list of indie games making the move to the Switch.  With the anticipation of finding a good ARPG available for the Switch, Victor Vran is coming out right as the announcement of Diablo III being ported to the platform as well.  So, does the game stand well enough on its own to be worth a purchase?  Let’s find out in our review for Victor Vran: Overkill Edition for the Nintendo Switch.

The player takes control of Victor, demon hunter extraordinaire who has come to the city of Zagoravia looking for his friend Adrian.  Zagoravia has been taken over by a demon army, and the queen has sent out a call to all demon hunters to help the city.  When Victor enters the city, he begins to hear from the “Voice”, a disembodied voice who both helps teach the player the game’s controls and sarcastically narrates Victor’s adventure.  Victor travels to Castle Zagore, the last remaining human stronghold in Zagoravia, to speak to the queen and ask for assistance in finding his friend.  From there, you begin your journey of destroying demons in every fashion possible and looking for new loot to continue growing stronger. 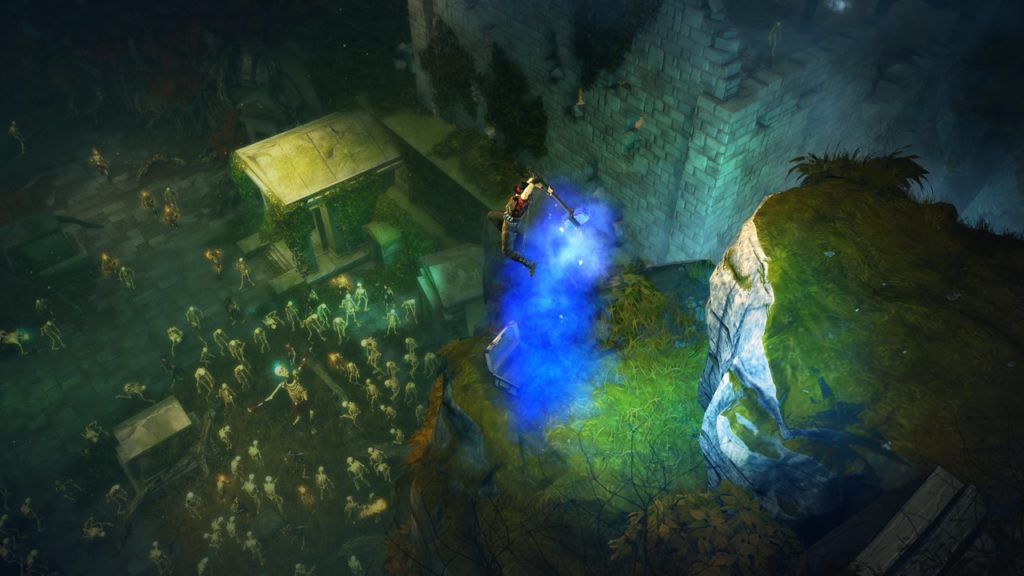 Gameplay consists of the expected cycle of mow down demons, pick up loot, repeat.  Victor Vran adds some variety to this by placing different, optional challenges on each map for the player to complete.  These can vary from simple things such as ‘kill x number of monsters’ to time attacks and finding secret locations.  These secret locations are made more difficult, as well as levels more interesting, by adding the ability to jump and wall-jump off objects.  While this is not over-utilized, it does add a level of verticality that will leave you looking around to see if maybe you can hop over a wall or skip a pack of monsters you can’t quite beat yet.  After going through some initial leveling, you are also offered hexes, which can increase the game’s difficulty but offer increased experience and loot.  On the other hand, there is also a ‘Casual’ difficulty, that makes demons easier to kill.  At the top of it all, of course, is a ‘Hardcore’ mode where you character and shared stash are separated from normal, and your character is turned into a normal mode character after death.

Victor Vran’s performance on the switch is another wonder of the game.  With the game delivering the expected screenfuls of monsters casting gigantic spells at you along with the player dashing around the screen killing as fast as possible, there was only one single slowdown I can recall for a split second.  Especially with weapon attacks like the guitar’s power slide, which warps you completely across the screen with trails of lightning in your path, the game remains responsive.  The textures do suffer a bit, however, in the name of this performance.  While it is not as noticeable in handheld mode, playing Victor Vran docked can make the washed-out textures much more noticeable.  That’s not to say that the game looks terrible, as it is actually the opposite.  The game’s particle effects and scenery still look great, and with all the action going on you most likely will not be standing still for long. 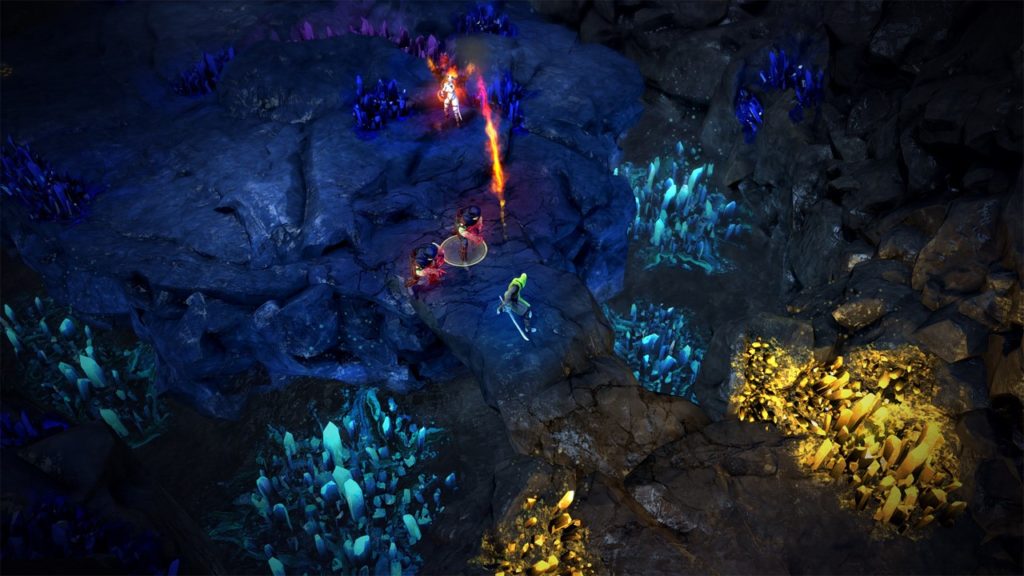 Loot in Victor Vran is a definite departure from the expected, with the result being something that comes down to preference.  Rather than throw loot at you non-stop, most of what is found is either vendor trash items or gold.  The inventory limit seems nonexistent, which pairs well with the game picking everything up for your automatically.  Usable loot can be dropped by bosses or ‘tyrant’ monsters, which are the game’s version of elite monsters.  Otherwise, you will want to sell off a lot of your loot and check the shop often for usable equipment.  This keeps the shop relevant into the end game, but lowers the number of times you’ll get the rush of seeing a bunch of items on the floor from your kills.  However, with the player equipping two weapons, two demon powers, two consumables, an outfit and a talisman, there will always be something you want to upgrade and be on the lookout for.

DLC content can be accessed at any time with your character from the main menu, allowing you to switch from the main campaign to either the ‘Fractured Worlds’ campaign or the ‘Motörhead’ campaign.  Each of these introduces new weapon types and maps, complete with challenges, for the player to complete.  I have to say I did geek out a bit with the Motörhead campaign, as killing demons with a guitar given to you by Lemmy, with Motörhead’s music playing in the background and self-referential jokes all over well exceeded my expectations.

Tags: review, switch, Victor Vran
Summary
Overall, I think Victor Vran: Overkill Edition is definitely a game worth a play.  While the comparisons to Diablo III will obviously be made, Victor Vran adds different mechanics to shake up the tried-and-true ARPG format and does a great job doing so.  Adding the ability to play the game on the go means you can keep your loot grind going whenever you have a chance.  And come on, who doesn’t want to power slide through a bunch of demons?
Good
Bad
8.7
Great 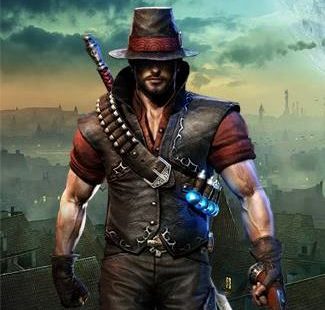