There is something to be said about striving to be the best. As a kid growing up, my father would always push me to do something with everything I have or to not do it at all. Halfway or shoddily done was never good enough. This mindset is ingrained into everything San Diego-based Victrix does. Premium quality is just one way to describe their newest venture, the Victrix Pro FS fightstick. From the premium feel to the premium cost, the question remains: is Victrix’s first foray into the FGC world of fightsticks worth a look?

Since it’s initially announcement last year, Victrix has pushed the Pro FS to be the best fight stick money can buy. Through extensive iterations, betas, real world testing and more, Victrix has tuned the Pro FS into what it is today: and incredibly comfortable and responsive stick. And when playing games such as Street Fighter V, Dragonball FighterZ, Soul Calibur VI and more, the way your stick performs under pressure could mean the difference between defeat and total victory.

But first, the specs: 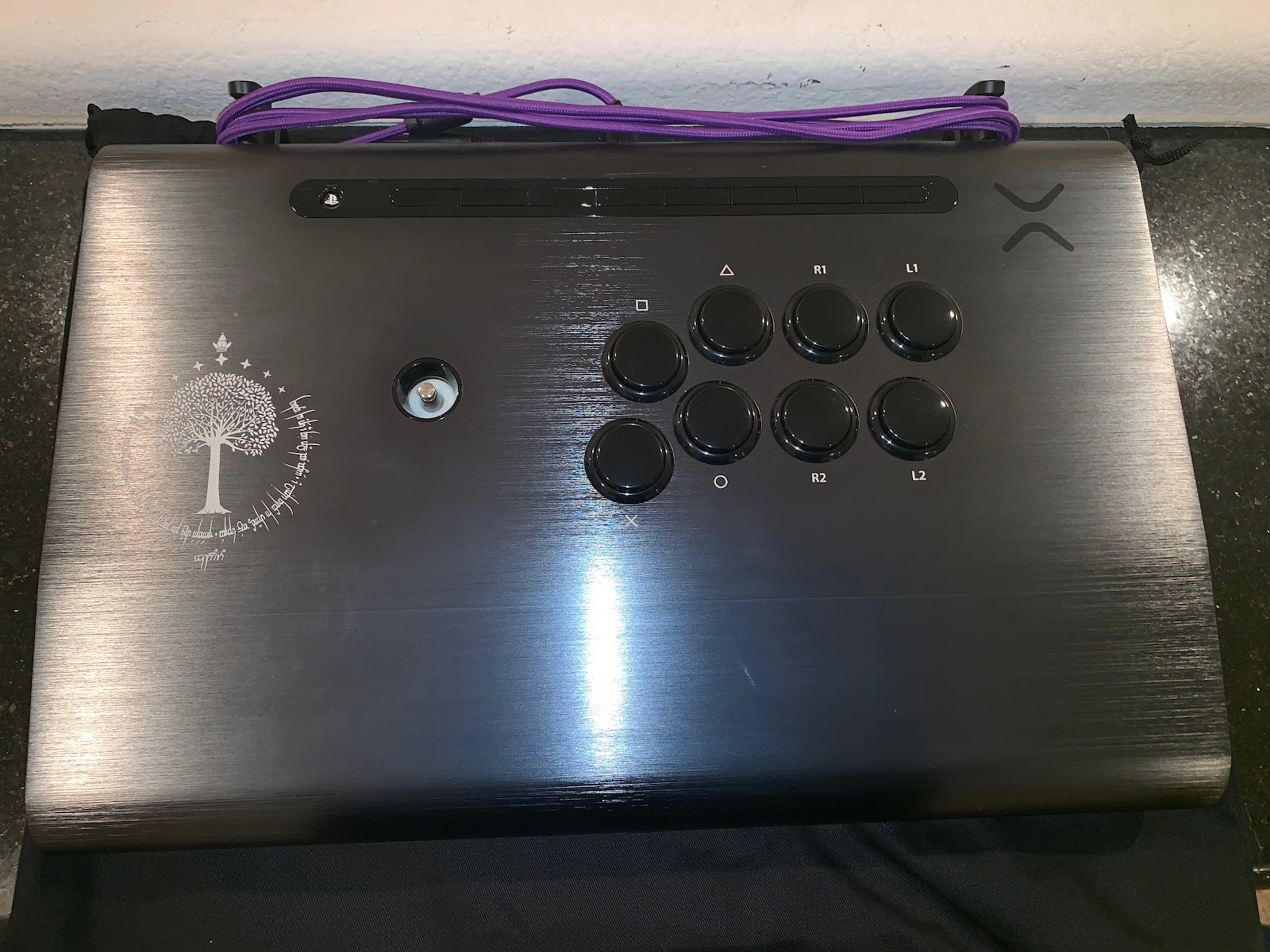 Victrix claims their Pro FS fightstick is the fastest PCP on the market, and the claim is well placed. In speaking with their engineers at the Pro FS launch event, the Pro FS promises that each input will always buffer before the next 5ms input latency window. This means an input won’t be delayed due to the latency – it will always buffer before the next refresh. And while input latency in that small a window may seem insignificant, in the FGC where every input can mean the difference between chipping out an opponent, getting that critical art off before your enemy does, or simply ensuring you punish a whiff – those milliseconds are miles to top tier pros.

In my own personal testing, going against a variety of sticks such as the Qanba Drone as a budget option, the Qanba Dragon, and a Mad Catz TE2+, the Victrix definitely belongs in the picture.

The Victrix is first and foremost the most comfortable stick to use long term. Thanks to the aluminum grade body that slopes downward giving your wrists and forearms a comfortable spot to rest while playing, I never felt fatigued over time using the Pro FS. The design of the other sticks is such that the angular drop offs at the back of the stick near my forearms started to dig in after a while, resulting in needing a break sooner. 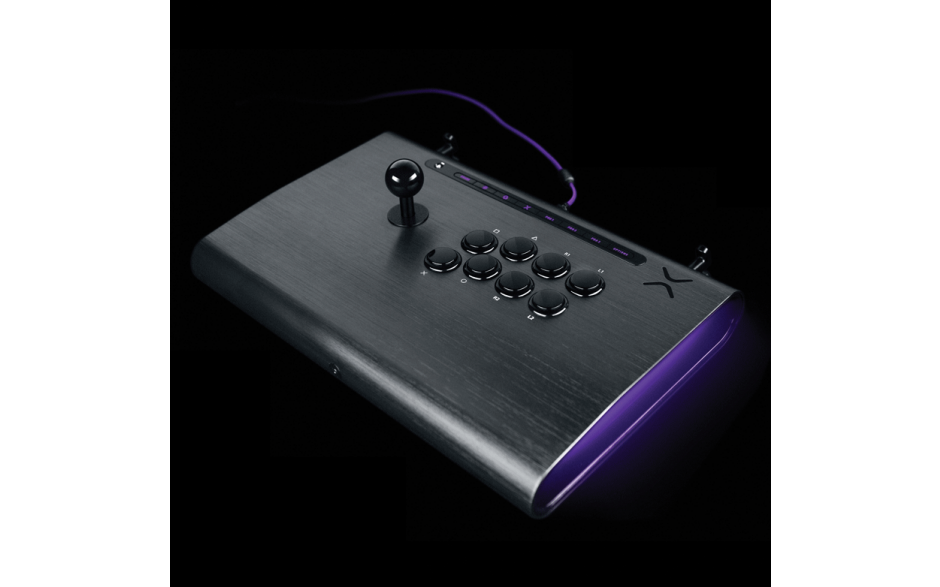 Also, while the Pro FS is heavy – almost 8lbs – it’s solid and doesn’t feel as though it’s going to break easily, not something I can say about the Qanba Drone. The Victrix is meant to be used while traveling as well, weight be damned. And while it does get somewhat heavy after a while, thanks to two handles built into the body, as well as the straps you can sling over your shoulder and carry it that way, the Victrix never feels cumbersome. I actually brought it with me to get some Karin practice in on the way to Amsterdam last week and while security looked at me funny for bringing it, the Pro FS travelled extremely well.

Most important to this is the Link 2 – a detachable joystick which makes it easy to put the Pro FS into a bag or carry at your side without the fear your stick is vulnerable to getting damaged while traveling. The Link 2 is also made with steel, meaning it shouldn’t wear out over hundreds of hours or use versus using an Aluminum link. 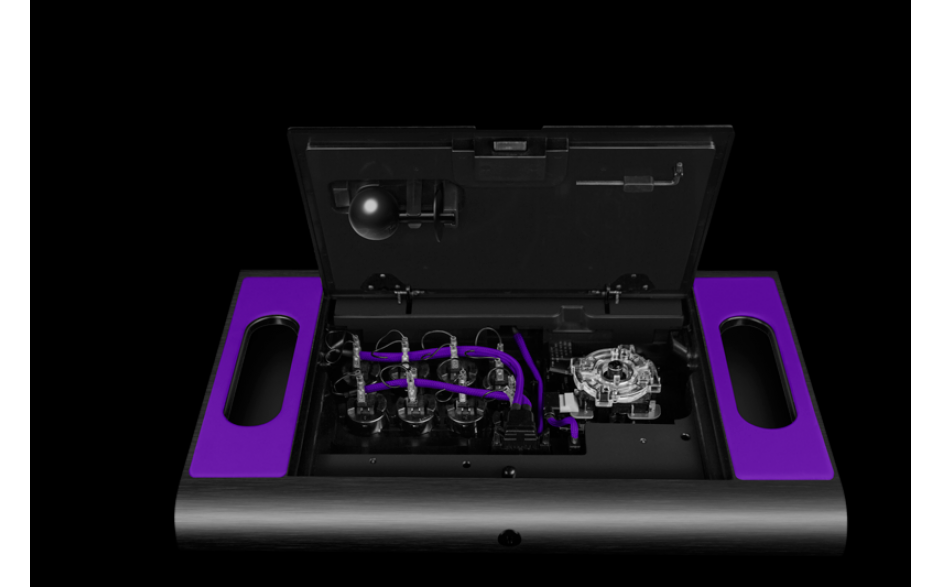 The stick uses a fairly standard square gate, meaning people looking for an octagonal are out of luck. Additionally, the Sanwa buttons are some of the best on the market, but maybe not for everyone. Some people might prefer to use different buttons or switches and thankfully Victrix realizes this. Some might even prefer to use a non-detachable stick, which Victrix provides. The Pro FS is fully customizable, meaning the buttons, switches and more can be customized to your preference. Want to swap those black buttons for an EVO-emblazoned gold button? You can do that with ease. While I personally don’t mind the stock options, it’s nice the Victrix, like other sticks, allows this level of customization.

While I reviewed the PS4 stick, I mainly play games on PC. Getting Steam to recognize it at first was a pain, and even in some games such as Soul Calibur VI the fightstick isn’t perfectly recognized, but that’s more to do with Steam’s support of DS4 versus the actual fight stick support. Street Fighter V worked just fine, as did Dragonball FighterZ. Obviously support on the PS4 itself is a breeze, just plug in and go. Victrix does make an Xbox One/Windows 10 version of the Pro FS, which may provide more native Windows support for users, but with so many competitions being played on a PS4, it just makes sense to go that route even if PC is your main platform.

The cable is the perfect length as well – 3M – and the USB-C connection is how every company should be making their products nowadays. The bright purple cable stands out and is of extremely high quality, I never felt it was in danger of being damaged while flying with it or even going to my locals.

Customization is also something Victrix is priding itself in. While many fight sticks allow you to swap the art on the top of the stick, you can actually get the Victrix laser engraved. While it’s not a feature that’s easily accessible to some fans, if you buy your stick at an event, Victrix will engrave it on the spot for you. It allows for some incredible designs, such as Justin Wong’s custom stick, or the Lord of the Rings themed design I had done for mine. 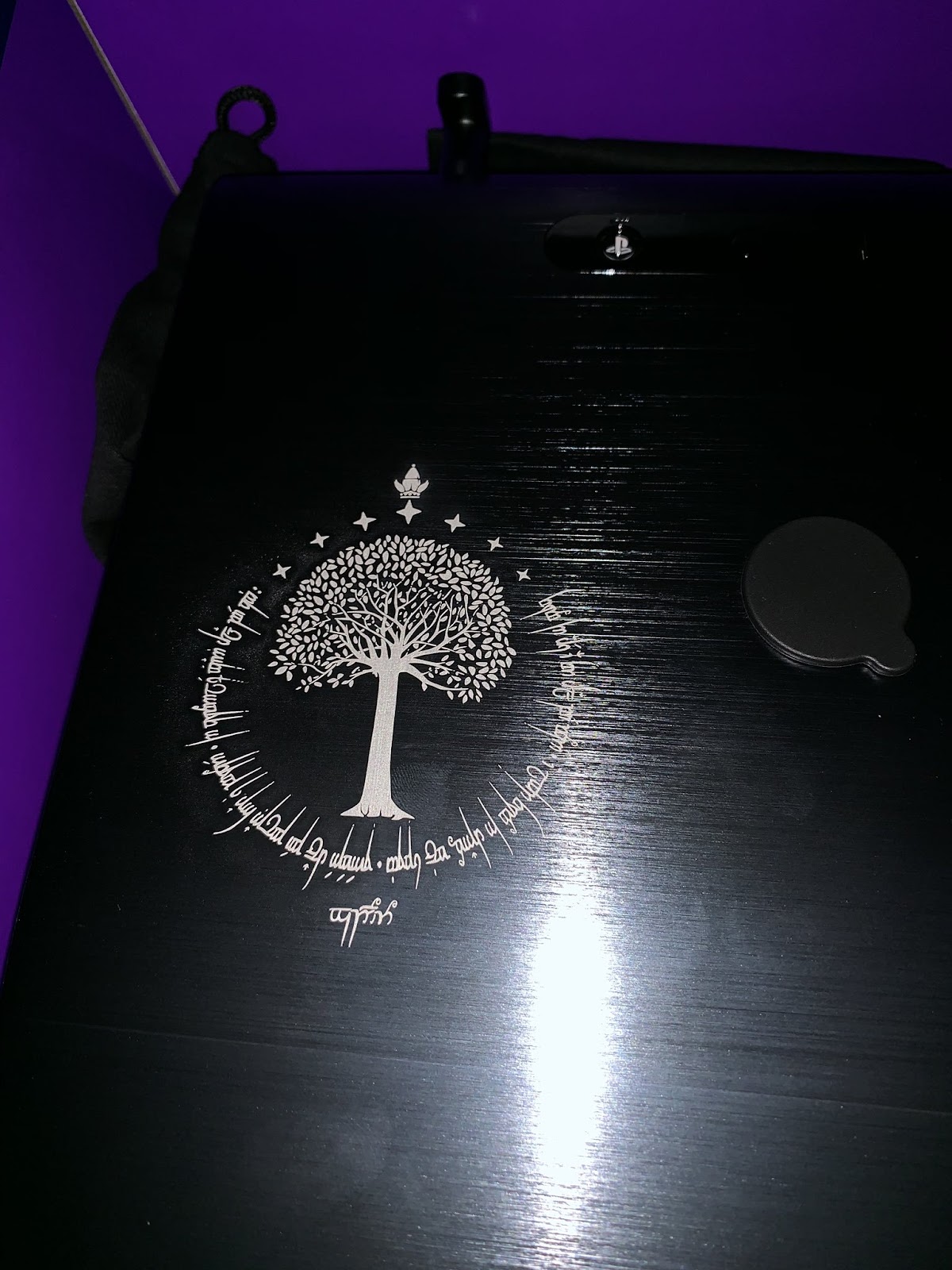 While the stick looks absolutely clean thanks to its gray finish, it would be nice to see some more color options available down the road. The level of customization on the stick itself is impressive, but unless you have access to a laser engraver, each stick will essentially look the same. Offering sticks in red, blue and more might be something Victrix looks into, especially down the road with their custom Street Fighter sticks they showed at EVO 2018 confirming this is possible.

In the end – the Victrix performs. It’s fast, responsive, comfortable and is great to look at. But is it worth the $350 premium? I think in the end it really just depends. Everything about the Victrix Pro FS screams premium quality. The build quality is off the charts, the different LED cycles on the sides give RGB fans something to be happy about – there is even a cycle that reacts to each input which is cool to see in action. But is it better than the next option – the Qanba Dragon? 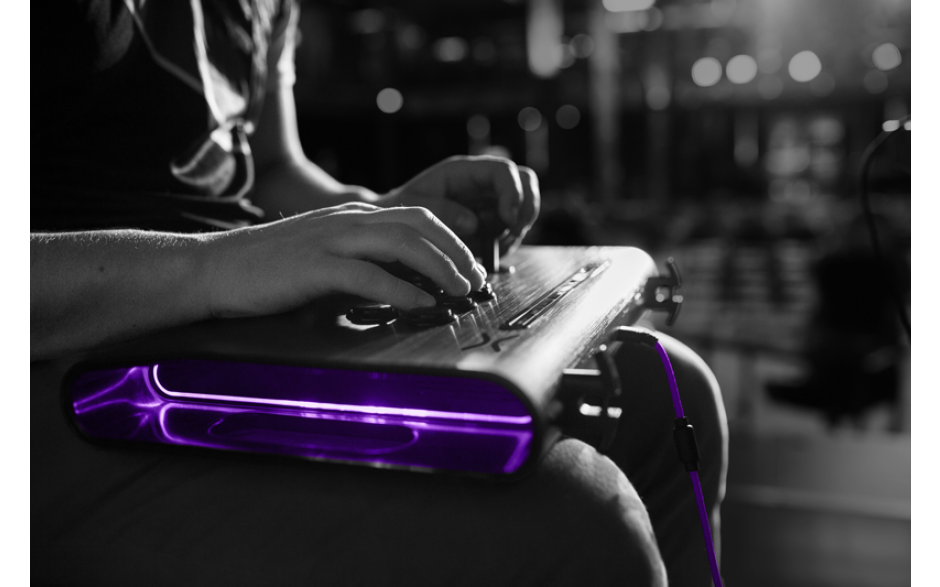 For me personally, the ergonomic angle of the Pro FS is worth the extra money, but I know many people would prefer the extra weight of the Dragon. $349 is a lot of money to ask for a fight stick, especially from a company who hasn’t really done this before. However, going back to their mindset – everything Victrix strives to do is to fundamentally make the market they are entering better. Improve and iterate upon the best on offer. And I feel with the Pro FS they truly did.

The Pro FS is a high quality, comfortable, and most importantly insanely responsive fight stick. It’s not a stick that will slow you down, but rather could be the tool to help vault you to victory. From the insanely fast PCP to the comfortable body making long lab sessions a breeze, the Victrix Pro FS accomplishes what it set out to do. In my humble opinion it’s best fight stick on the market right now. And while the price might be high for some people, Victrix is ok with that. It’s a premium product striving to be the best – and it takes that crown easily. 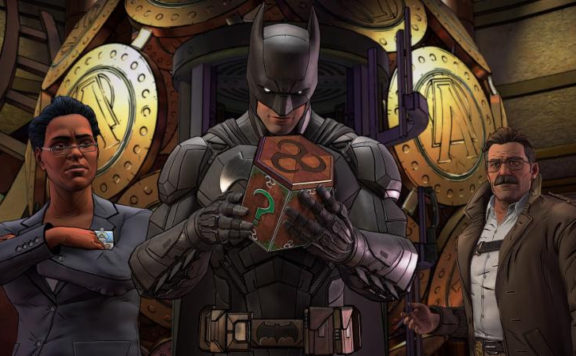 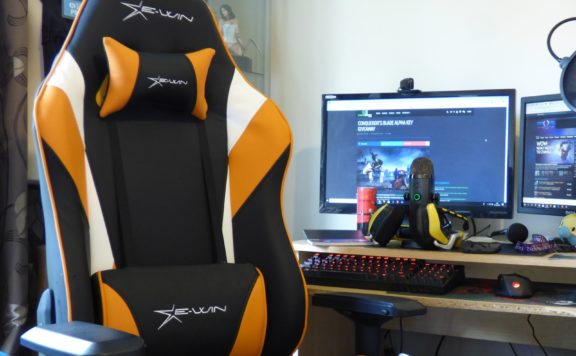 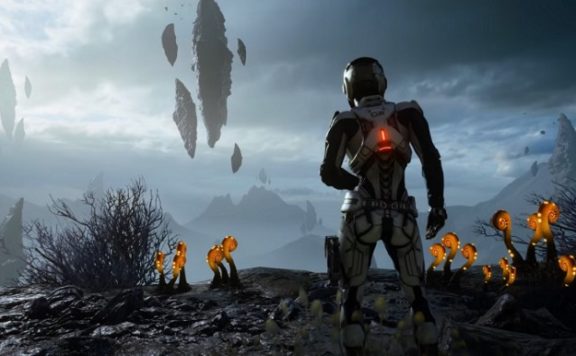 There is something to be said about striving to be the best. As a kid growing up, my father would always push me to do something with everything I have or to not do it at all. Halfway or shoddily done was never good enough. This mindset i...
8.5
Average User Rating
1 vote
Have Your Say!
Your Rating: 0
Submit
Write A Review