I very recently started my console journey when I got a second hand Xbox One from a family member and began patiently waiting for the opportunity to review a game on it.  So when Bill said he needed someone to review a title originally created for VR I hopped all over it and I’m glad I did. Read on to see our review of Transference – a game originally made for VR that stands on its own without it.

The thing you need to understand going into this review is that I entered the game completely blind.  I knew nothing about the premise or its goal to be a trailblazer for VR. I knew that Ubisoft was involved but did not know that Elijah Wood’s film company SpectreVision was in collaboration until I saw his name in the ending credit.  If I had known that piece of information I wouldn’t have been surprised by how cinematic the opening sequence and gameplay felt.

Like most games these days you are greeted with an opening cutscene to get your bearings but, unlike most games, it doesn’t answer much in the way of what you’re doing.  It just raises questions that you’ll be answering as you progress through the game. You’ll learn that a mad-scientist type named Raymond Hayes has successfully transferred all of the human consciousness into a computer.  He makes a cryptic allusion to the fact that he has successfully immortalized himself and his family (Katherine and Benjamin) by doing just that – digitizing their consciousness. From this the game starts off, dumping you in a level that seems like the developers forgot to finish it. 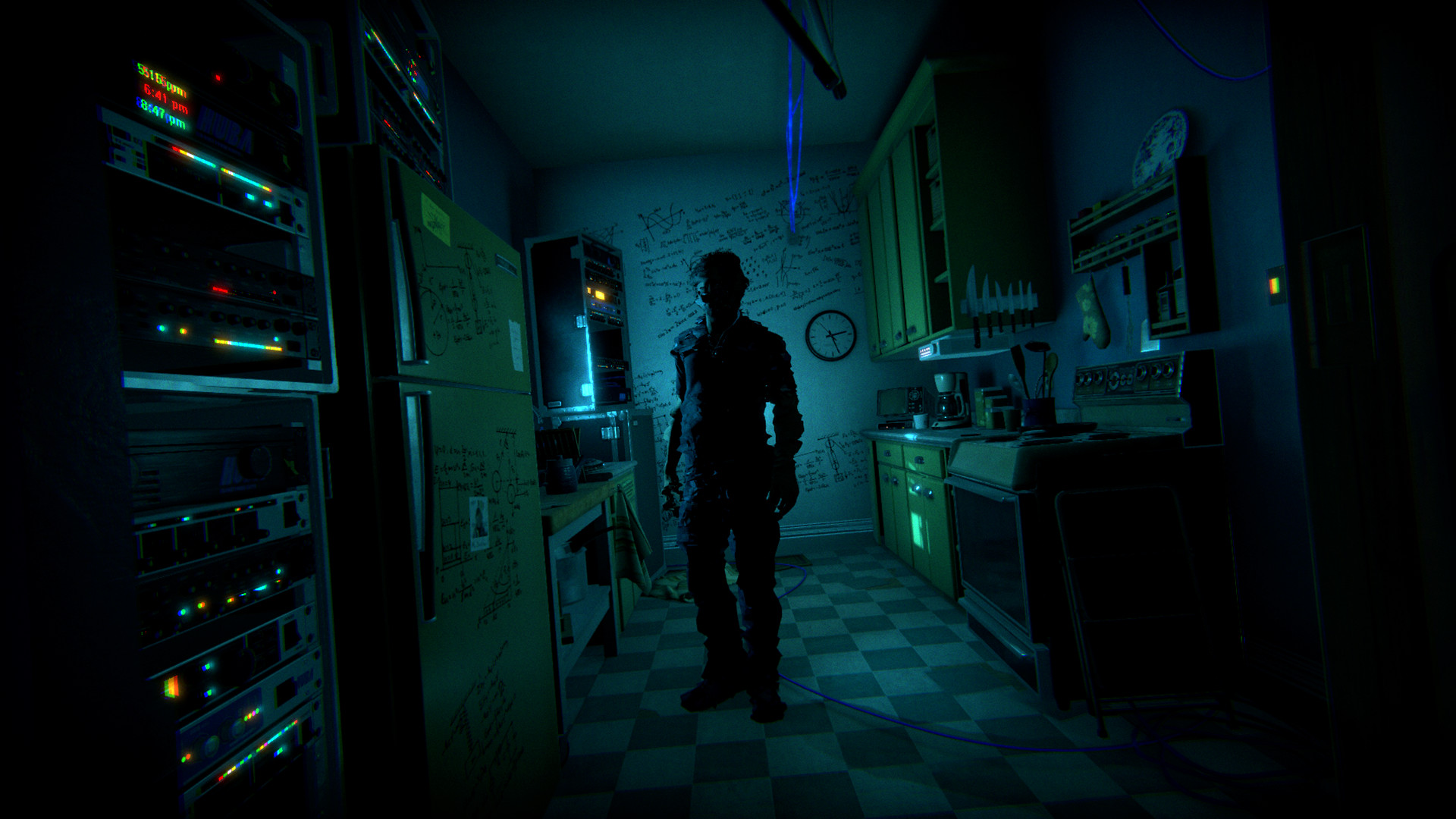 Much of the level design as your progress has the feel of being incomplete and it serves to add to the cryptic and mind-bending environment you’ll be playing in.  Large portions of areas may be completely missing or corrupt and that status can affect other areas. For example towards the beginning you’ll find the knocker on a door is missing and replaced with a textual error message leaving it to you to find that file somewhere else and restore it so you can enter the door.

Aside from being a thrilling cinematic experience Transference, at its core, is a puzzle-solving game.  None of the puzzles are overly complex – usually, it’s matching up numbers (like radio frequencies) or remembering passwords – but Transference has excellently executed these puzzles within the confines of the story.  They don’t feel like an arbitrary roadblock of a mechanic but more like actions we’d see a protagonist actually take if the entire game were, in fact, a film. In addition to these puzzles, there is also a really fun collectible mechanic in place.  Scattered throughout the levels and narrative experience you’ll find video clips, either tapes or digital, that tell a piece of the story you wouldn’t otherwise be privy to. These clips answer questions and deepen the relationship the player has with the game.  You can go back and view them and when watched in chronological order they tell a rather melancholy story of their own. 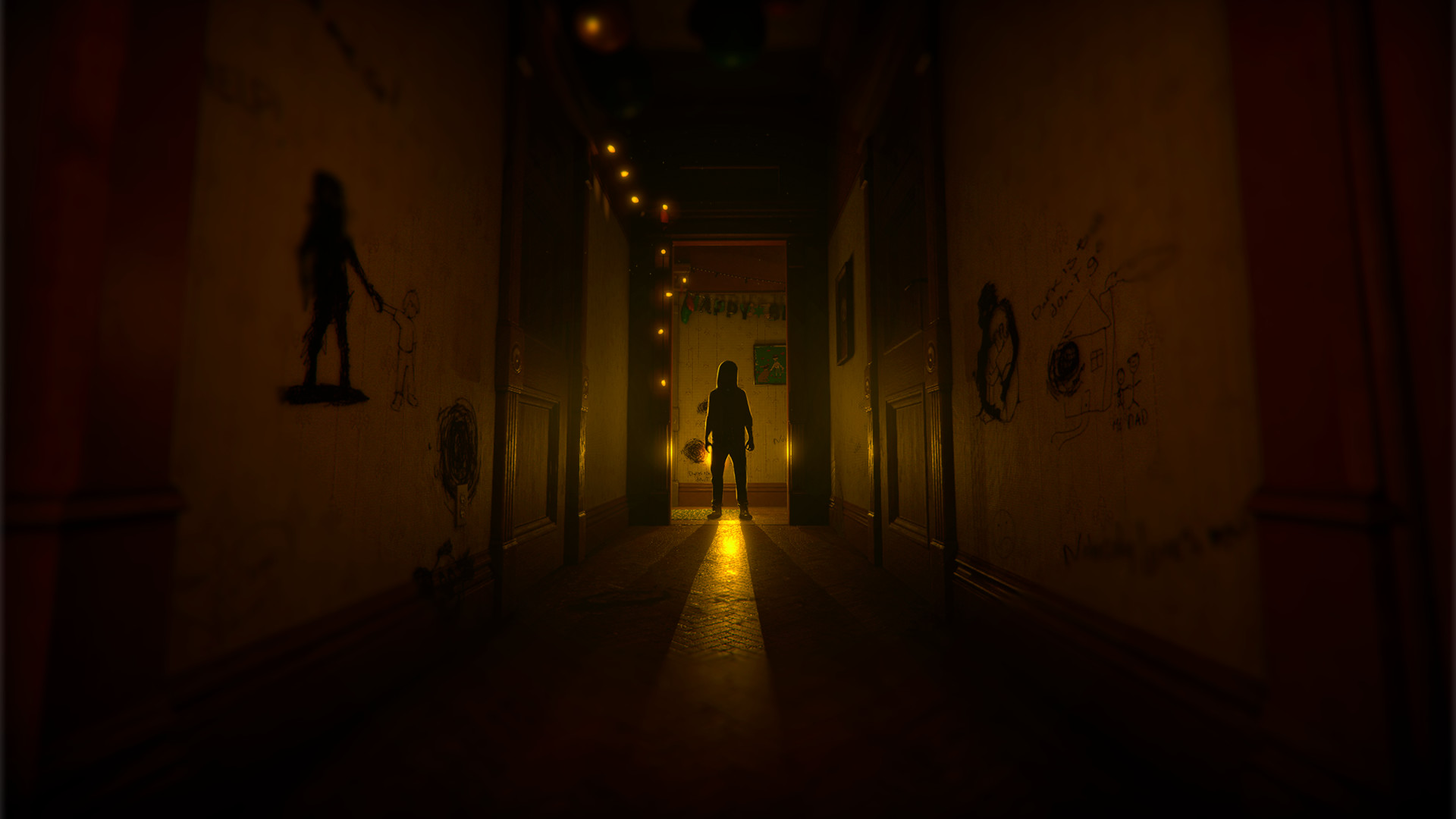 Out of everything Transference has done well I think the atmosphere it places the player in is second to none.  Playing the game can feel really unnerving between the glitches, the music, and the real-life acting that takes place in some cutscenes and videos that you find.  Add in that creepy digital shadow monster that pops up for a few jump scares and it’s no wonder the game has made waves in the VR community. Towards the end, the entire world feels so broken, chaotic and frantic that it’s hard not to feel on edge while you play.  The big downside to the game, for me, lies only in its length of play. It took me about four hours to complete the story. I didn’t rush, but I didn’t take my time either.  This doesn’t include me searching for every single video file collectible (I still haven’t found them all) and represents my first playthrough solving all the puzzles on my own – some taking me an embarrassing length of time once I realized how simple they were. But at $25 in the Microsoft Store the barrier for entry might be too high for such a short, albeit wonderful, experience.

Tags: elijah wood, Transference, ubisoft, xb1, xbox one
Summary
All said and done Transference is a wonderfully executed, narrative, puzzle thriller that kept me entertained through the entire story.  With its near-perfect ambiance and puzzles at just the right difficulty to tickle your neurons without causing frustration Transference is a story worth playing if you don’t mind the price tag and definitely worth it if it goes on sale.  Transference is available on PC, XBox, PS4, Oculus Rift, and HTC Vive.
Good
Bad
8
Great

I very recently started my console journey when I got a second hand Xbox One from a family member and began patiently waiting for the opportunity to review a game on it.  So when Bill said he needed someone to review a title originally cre...
0
Average User Rating
0 votes
Have Your Say!
Your Rating: 0
Submit
Write A Review