Here at Gamespace, we’re a haven for the geeky. That means that when something cool comes along, gaming or otherwise, that might make our techie hearts twitterpate, we want to share that with you. In that spirit, we bring you the first review of its kind here on GameSpace with the Surfwheel SU electric skateboard. It’s won’t just be a skateboard forever, though, as the company plans to transform the tech into their very own virtual reality controller.

You read that right. A vehicle that’s also going to open the doors to new VR experiences that were never before possible, all for $499. Compare that to the Onewheel Pint at $950 and, well, the benefit is clear.
That part is still in development. So today we’re going to focus on the skateboard part and come back for a second round once it’s released. Without further ado, let’s get into it.

The thing to know about the Surfwheel is that you don’t need to be a skateboarder to enjoy it. It’s been years since I hopped on a skateboard (15 to 33… it’s been a while), but the core to making headway is balance. If you’re used to balancing on a board it will help, but thanks to a beginner mode, anyone can step on and learn.

And, despite the fact that this is an electric skateboard, it doesn’t feel like a skateboard. The unique way that it works makes riding the Surfwheel an experience all its own. It feels like a cross between a vehicle and toy in the best way possible: fast, durable, and reliable like a vehicle but exhilarating and skill-based. This isn’t something you can step right on and expect to be good at right away but once you learn how to ride it, it’s a ton of fun. 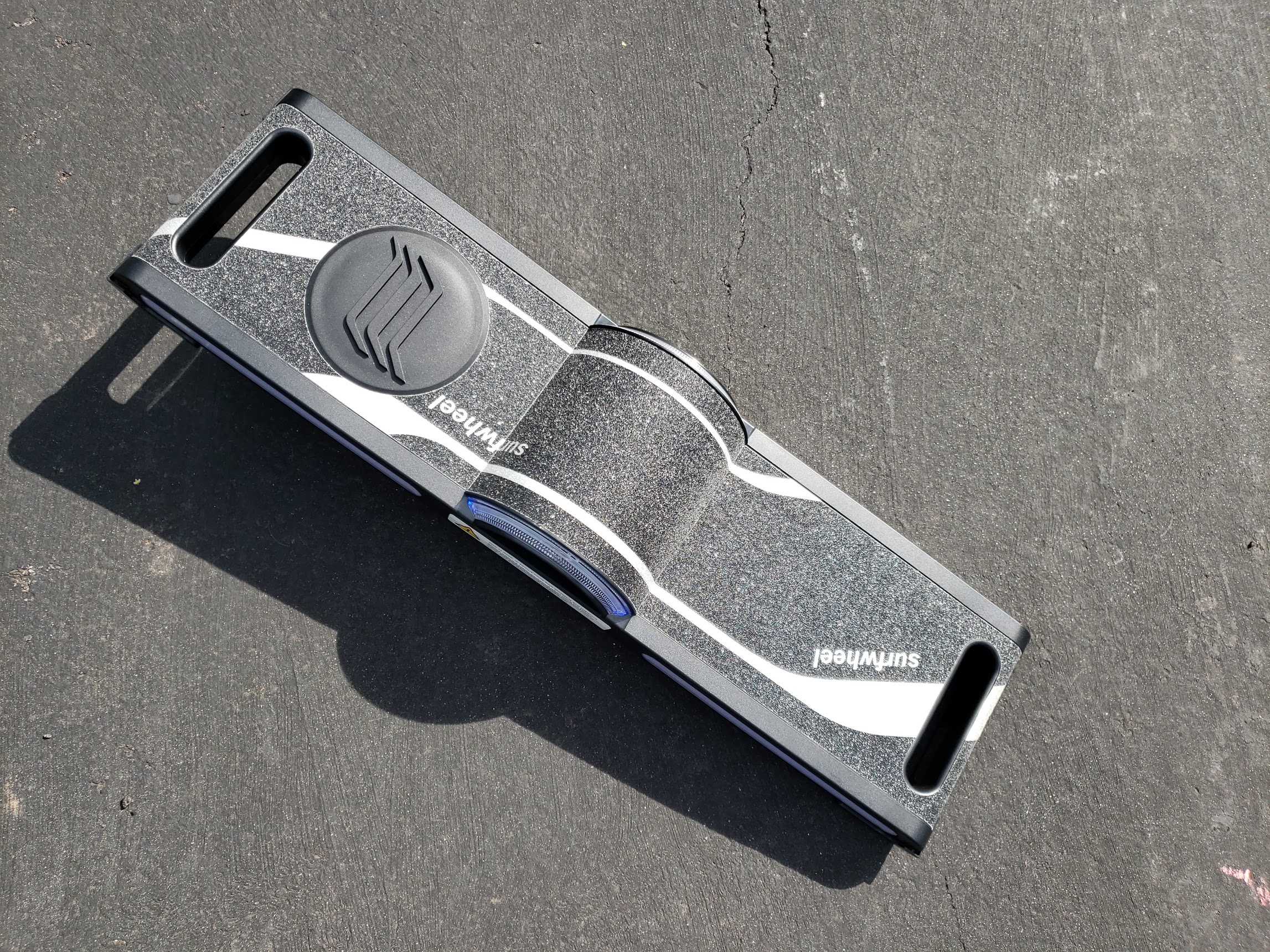 Getting started with the Surfwheel is simple but actually learning to ride involves a steep learning curve. Unlike a normal skateboard, the Surfwheel uses a single, dense rubber wheel and an auto-balancing mechanism. Once the board senses your weight on it, the balancer levels out each side and will move forward or backward depending on how you lean. It’s a simple concept but in practice, learning to control your balance with such precision takes time even if you’re using a simple balance beam. Add movement to that and things become much more challenging.

Having a little bit of experience as a skateboarder in my youth, I expected to hop right on. Sure, maybe I’d need a little practice in my driveway but I intended to learn the board and be out riding within a day or two. I spent the first of those two days doing circles around my car holding onto it for balance. On the second and third days, I managed to do some back and forth in the driveway. It was a solid week before I was able to do more than wiiiiiide turns. 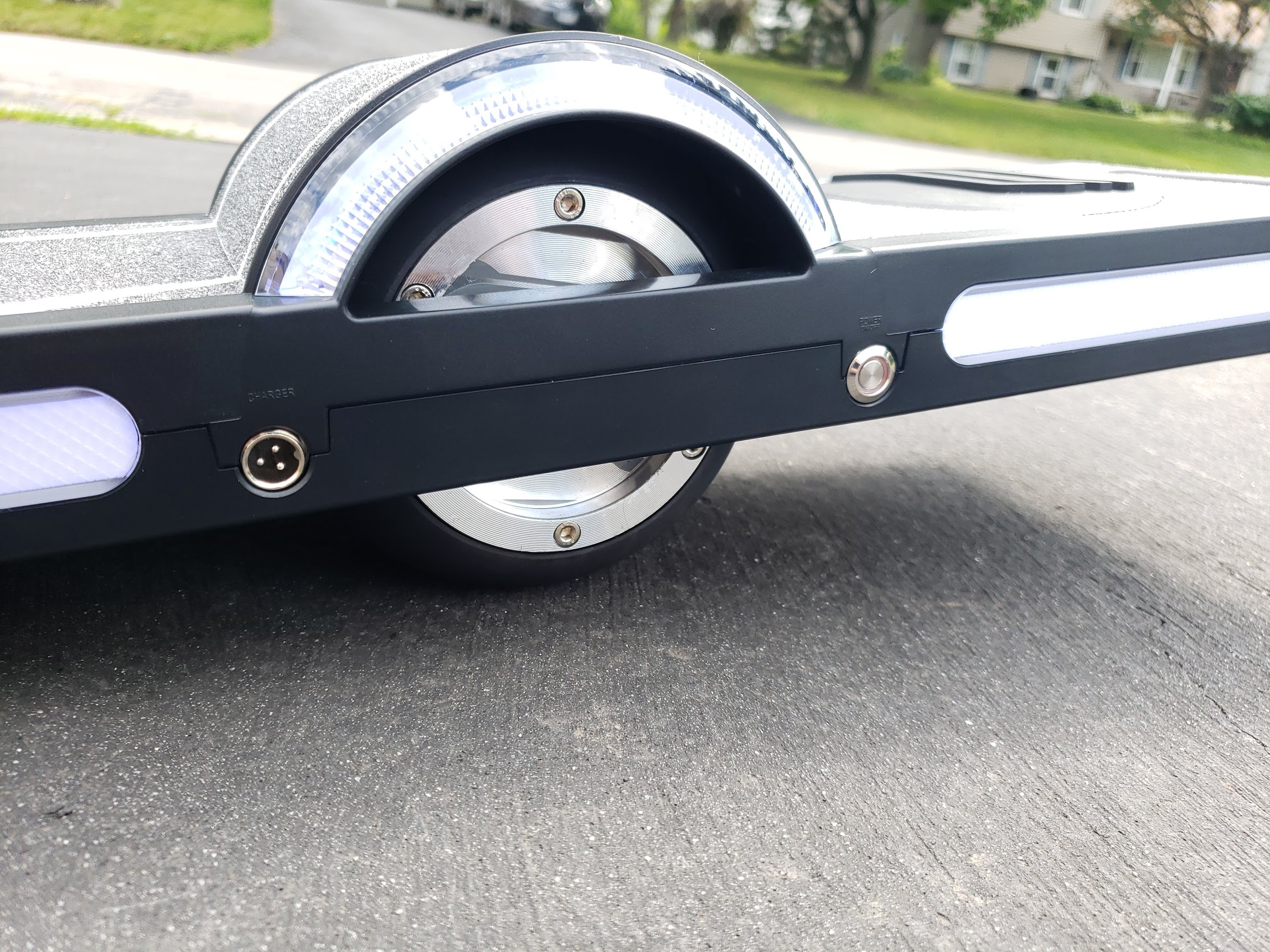 Learning to ride the Surfwheel is like making your way through Dark Souls for the first time. At first, it’s frustrating but every attempt you get a little better and it’s those small accomplishments that lead you to keep trying and gaining other small hills. The first time I went out and really rode, it was thrilling. Before I knew it, I was cruising along at 8 MPH, feeling the breeze on my face, and the concept of surfing on land really hit home. I’m still mastering the art of slicing back and forth in the graceful curves I see in Surfwheel’s promotional videos but you don’t need to be a pro to see what they’re going after here.

At $499, the Surfwheel is expensive but compared to the Onewheel, the dominant player in the market, it’s extremely reasonably priced and much safer. The top speed here is 12 MPH, for one, which still feels extremely fast (genuinely like you’re flying over the land). But, if you wipe out at that speed, you’re not going to die unless you’re not wearing safety gear. The Onewheel Pint, on the other hand, tops out 16 MPH. After pushing the Surfwheel as far as I have, that speed just seems dangerous. But I digress. When it comes to travel distance, the Surfwheel also offers an impressive 10-mile range. 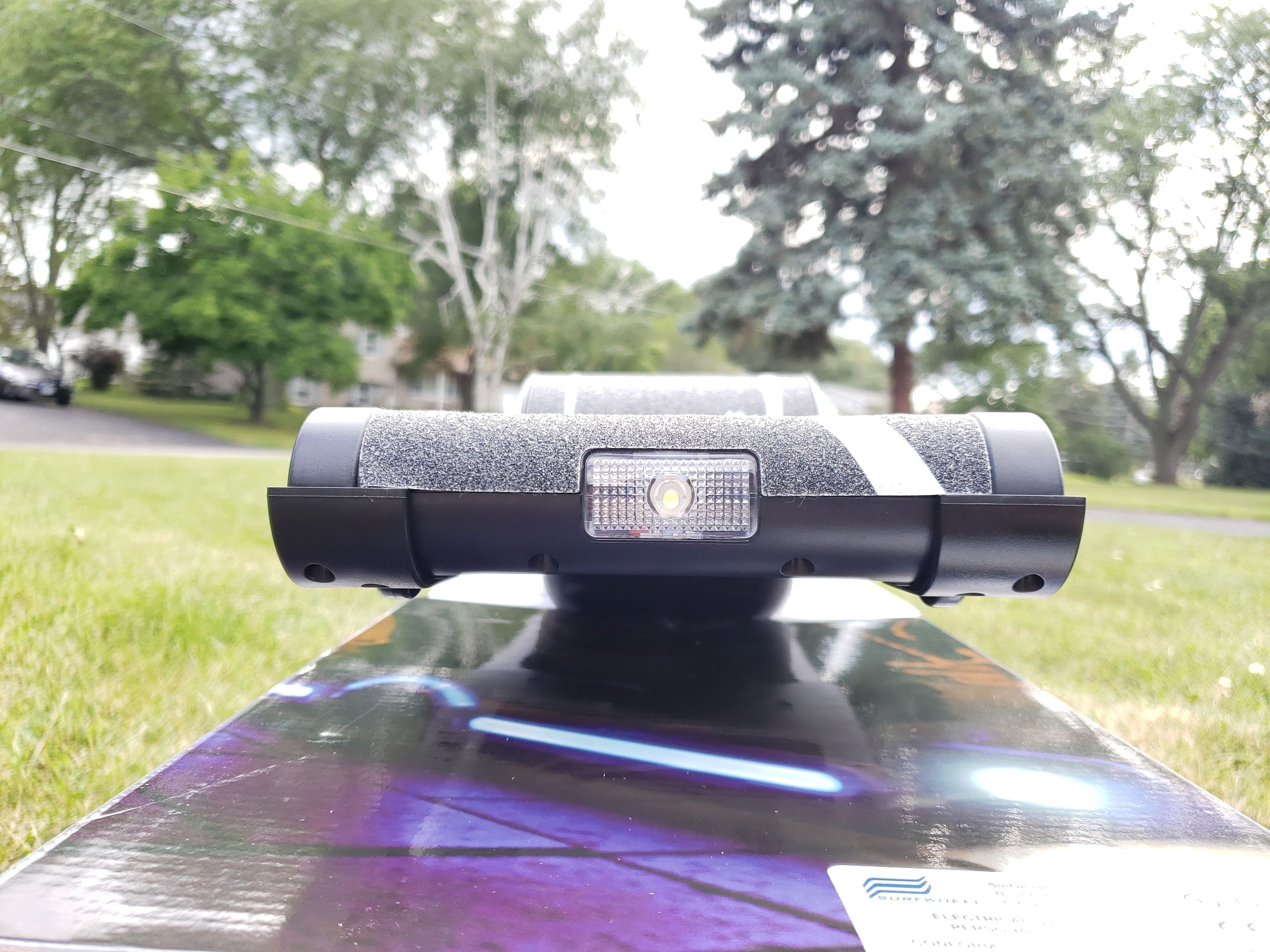 The thing to know is this: in all of my conversations with the founder and creator of the Surfwheel, safety was the most important thing. Always. That’s why there are so many control customizations available in the app, including max speed and control sensitivity. That’s why there are “learner wheels” available so you don’t face plant and hurt yourself when first climbing the curve (though, I do wish they were included in the box).

So with that kind of price difference, you are making some sacrifices. The body is plastic, which means it will show scuffs fairly well. Surfwheel has done a nice job of reinforcing the most likely damage points, however, and making replacements available to keep it looking fresh. It’s also not made to ride off-road, so you’ll be limited to the pavement for any kind of speed. 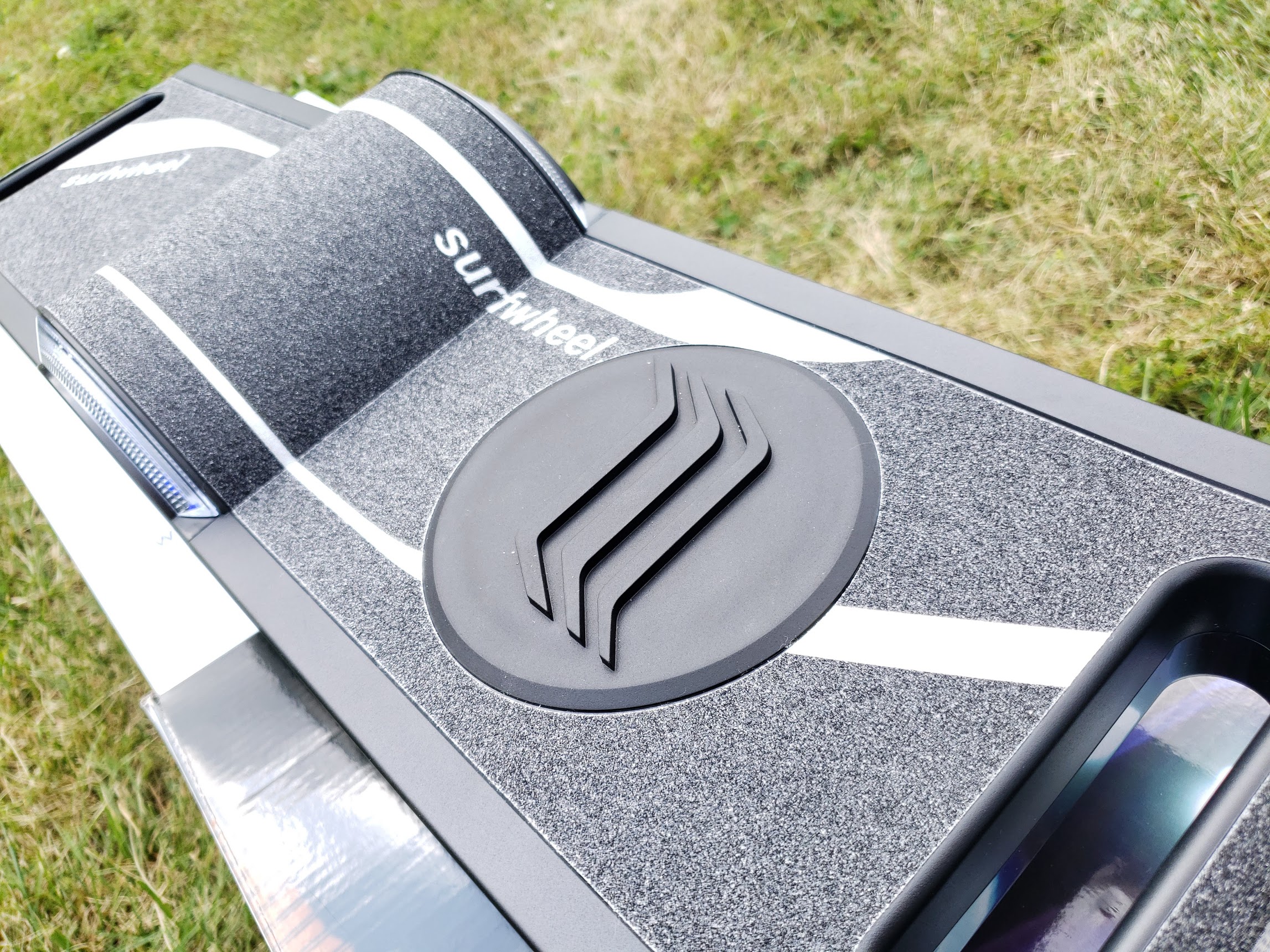 The Surfwheel did something magical for me: it made me feel like a teenager again. As a man in his low thirties, I thought my days of enjoying any kind of skateboard were behind me. I was self-conscious trying to learn how to ride. But, once I got through and was able to hit the open road, it was thrilling in a way I haven’t felt in years. I can only imagine what the VR capabilities will bring, but what I know is that the Surfwheel SU is a TON of fun.

Here at Gamespace, we’re a haven for the geeky. That means that when something cool comes along, gaming or otherwise, that might make our techie hearts twitterpate, we want to share that with you. In that spirit, we bring you the first revi...
9.9
Average User Rating
4 votes
Have Your Say!
Your Rating: 0
Submit
Write A Review