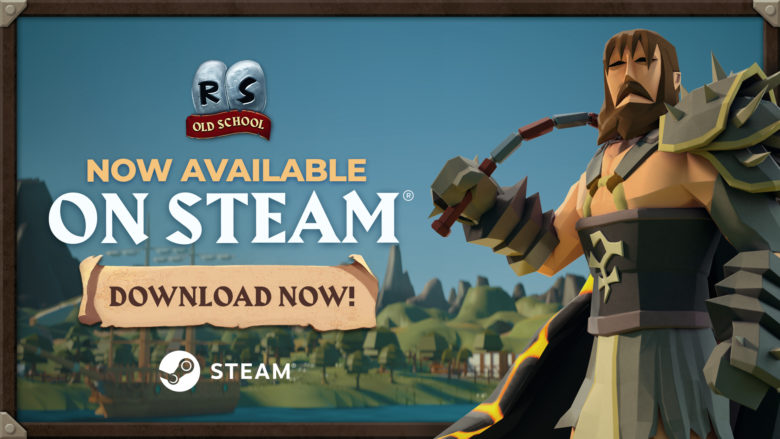 Old School RuneScape is celebrating the 8 years of classic MMORPG gameplay with the launch on Steam! Players can link their existing account to Steam and carry on playing with progress saved across Steam, the PC and Mac desktop client as well as iOS and Android mobile editions.

The Steam release comes with 20 Achievements, 15 Trading Cards, 5 emoticons, and 6 badges to collect. The team is tracking Achievements on and off Steam, so if you complete one on another client – including mobile – it’ll still be checked off the list.

Released way back in 2013, Old School RuneScape is RuneScape as you used to know it! Based on the 2007 build of the globally popular open-world fantasy MMORPG, Old School is constantly updated with improvements and new content voted on by you, the fans! The close relationship between developers and players is central to what makes Old School so magical.

So, you want to be a master cook? Or a powerful mage? Whether you’re here for the rich story and lore, the challenging combat, to fight alongside others or against them, to journey alone or simply to experience the magical world of Gielinor, Old School can be any adventure you want.

Written by
Catherine Daro
While growing up in the wilds of Russia, Catherine learned to talk, write and game at almost the same time. You can follow her attempts at latter two at MMORPG.com and GameSpace.
Previous ArticleNiantic Has Punished 5 Million+ Pokemon Go, Ingress, & Harry Potter: Wizards Unite PlayersNext ArticleMinecraft Dungeons Updated with Flames of the Nether