RBI Baseball 18 is a conundrum of a game. It’s definitely better than last year’s offering, but yet I still don’t think it’s quite worth the $30 asking price on console, especially when the mobile version is only a few bucks and lacking in none of the features. It’s clear that the MLB wants their flagship game to become a contender with the Sony’s The Show series, but they’ve got a long way to go before they get there. Right now, RBI Baseball 18 on the Switch feels like little more than a cheap mobile port, and that’s just depressing as it’s the only baseball game available on Nintendo’s console.

As a mobile game, RBI Baseball 18 works well. It’s cheap, it plays decent, has updated rosters, a franchise mode, etc. But I’d only ever really consider buying it on the phone, or if I have no other consoles to play games on. If, like me, you’re a huge fan of the glory days of Ken Griffey Jr. Baseball on Nintendo consoles, you may be itching for a solid baseball game on the Switch. But this just doesn’t do the old series justice, and it’s bare bones in general. 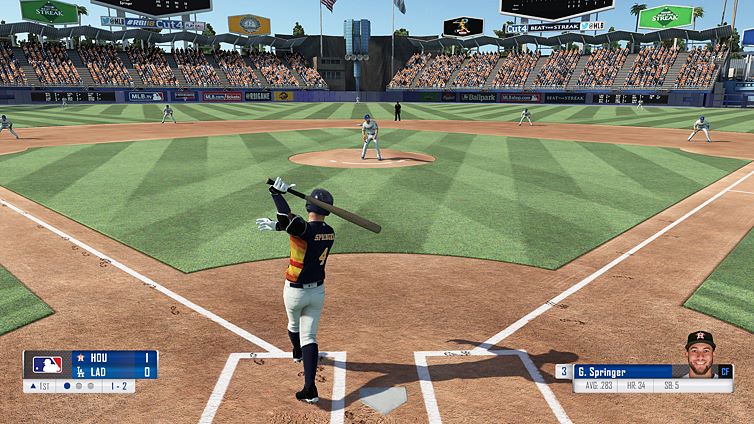 Graphically, while RBI 18 has improved over last year’s bland offering, uses real players’ faces, it’s still so bland in presentation. There’s no play by play, rather just a generic stadium announcer. There’s no music or anything, only flash camera cuts when you hit a home-run, and it’s always the same one. Animations are just awful, and I found myself wishing that RBI 18 would have instead opted to do a retro look with 8-bit or 16-bit graphics to match its namesake.

Feature-wise, RBI 18 now has a franchise mode, which goes up to 10 years, and lets you set things like trade deadlines, injuries, and so forth. You can also let the rosters pool from around 100 legendary players – nothing like recruiting Ty Cobb to the Indians to play alongside Francisco Lindor. There’s a Home Run Derby too, but it’s also extremely bland in presentation so that it’s almost not worth mentioning. 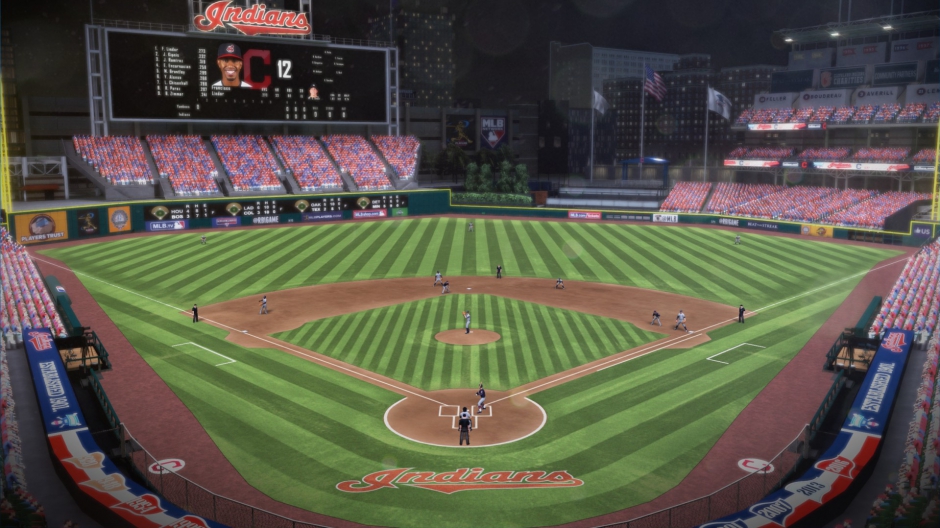 Gameplay is basic as can be too, trying more for an Arcade Baseball game than a sim, which means you don’t do much but position yourself in the batter box and swing and hope it means a hit. Fielding is so unwieldy that it’s better to just leave “Assist” mode on, and have you only control when and where to throw the ball. Pitching is basic – just fastball or curveball, no other pitch selection is necessary. You don’t even need to warm up pitchers if you want relief. Like I said, it’s bare bones.

Note: A copy was provided by PR for review purposes.

Tags: MLB, RBI Baseball 19, review, switch
Summary
Sadly, RBI Baseball 18, while ahead of last year's edition, is still obviously hampered by porting the mobile version to consoles and charging 300% more. It's not worth your time or your money, unless you're really hard up for a Switch baseball game. If you have access to any other console, play something there instead. Keep an eye on RBI Baseball as a series though, as they're making strides. It's got a long way to go, but they're clearly trying to make a great game.
Good
Bad
5.5
Average

RBI Baseball 18 is a conundrum of a game. It's definitely better than last year's offering, but yet I still don't think it's quite worth the $30 asking price on console, especially when the mobile version is only a few bucks and lacking in ...
10
Average User Rating
1 vote
Have Your Say!
Your Rating: 0
Submit
Write A Review