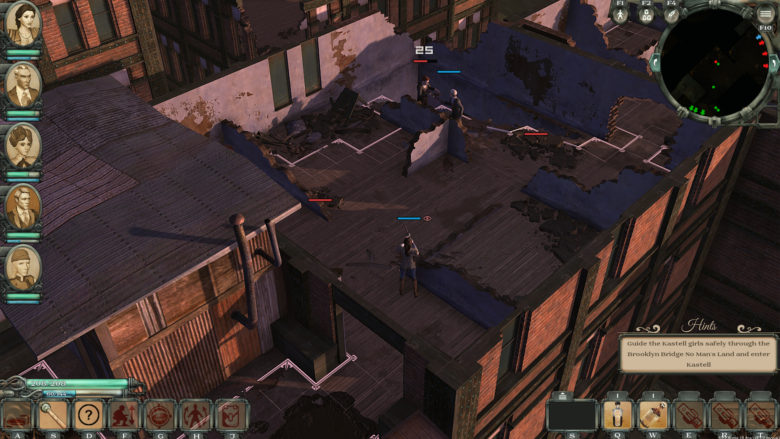 Coin Operated Games has announced that its upcoming “Neo-Victorian” RPG will launch on October 4th. Empyre Lords of the Sea Gates will bring a genre-crossing adventure to all players.

Empyre Lords of the Sea Gates

Players will find a lot of themes in the game that are sure to please. Whether it’s steam punk, RPG, isometric views or that whole “Neo-Victorian” thing, everyone will find something to love.

Paul Noth is the story’s author, a person well-known for some of his creative streak. You may have seen his work as a staff cartoonist for The New Yorker magazine. Possibly you’ve watched his animated series called “Pale Force” while chuckling with Conan O’Brien. Or maybe you’ve seen some of his work on Cartoon Network. Lastly, you may yet see his young adult novel called How to Sell Your Family to the Aliens coming next year.

The game is set in a fictionalized “alternative history”, but there are a lot of recognizable things ripped right out of history books. These these include patent medicines, poisons and tonics created from deadly ingredients. Objectives and side quests tie into true historical experiences of folks living in the early 1900s. Keeping things real, however, there are also nods to modern issues such as global warming and rising oceans.

All in all, this one’s a cross-genre casserole of historic RPG goodness.

You’ll be able to play the game on October 4th on PC via Steam.

If you’d like to learn more, you can head to the official site to check it all out.

Written by
Suzie Ford
Suzie is an avid gamer and has been since 1995. She lives in the desert with her own personal minion while dreaming of pixel worlds beyond Earth.
Previous ArticleNo Man’s Sky – The Atlas Has RisenNext ArticleSkaven are unleashed as Total War: Warhammer 2’s latest race