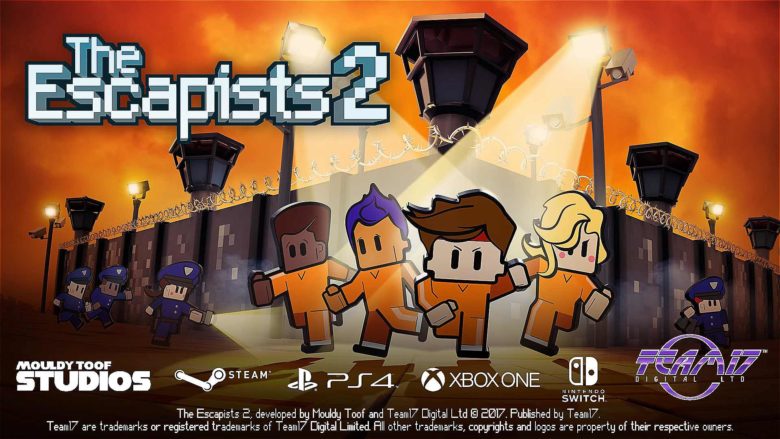 It’s almost time to gather your friends and pretend to all be Steve McQueen (The Great Escape?), but with blockier heads. The Escapists 2 has a release date – it’ll be out on XB1, PS4, and PC August 22nd, with the Switch version to follow soon after. Take a look at all the details below. Pre-orders are now live too at a paltry $20 on Steam, PS4, and XB1.

In this pulse-pounding penitentiary, players will experience the thrill of escaping a hidden compound deep in the jungle. You’ll need determination and drive to avoid the unquestioningly devoted guards, constant surveillance, and the Illustrious Leader himself, in your bid for freedom.

The Escapists 2 is the forthcoming sequel to the multi-million selling, award-winning sandbox prison-escape game which will include, in a first for the series, drop in/drop out play for up to four players in both local and online play.

Escaping won’t be easy though. You’ll have to work around the strict prison schedule and avoid the unwanted attention of guards. Craft weapons and tools found (or stolen) from within the prison, but beware of cell shakedowns. Get a job or perform “favours” for your fellow inmates to purchase vital supplies, all while scouting escape routes.

The Escapists 2 will launch on the 22nd August for Xbox One, PlayStation 4 and PC with a Nintendo Switch™ version to follow. Players can pre-order the game now via Steam and for PlayStation 4 and Xbox One from select retailers, with digital pre-orders available soon.

Written by
William Murphy
The Greatest Excite Bike Player of All Time (GEBPAT for short) and Editor in Chief of GameSpace.com and MMORPG.com.
Previous ArticleFire Pro Wrestling World is now on Steam Early AccessNext ArticleSplatoon 2’s Single Player Mode Is Worth the Purchase Alone