Kamiko may be one of the Nintendo Switch’s most brilliant games, and it’s only five dollars. I could end the review right there, but where’s the fun in that? Some of you may have already played and beat Kamiko, being that the game is only two hours long at best. Still, for the low price, there’s not much that would prevent me from suggesting every Switch owner download this game today. This is our Kamiko review.

Kamiko’s story is a simple one. Bad juju has spread over the world, and as one of its saviors, you’re sent from heaven to clean it up and save it. The gameplay is straightforward enough – one button handles your attacks, another handles the ability to sprint. If you hold down the attack button, you can charge a special attack.

There are three characters to choose from at the start of the game, offering a modicum of replay value. You pick one of three shrine maidens at the beginning – Yamato, Uzume, and Hinome. Each has a unique weapon and fighting style, making multiple playthroughs distinct, and also lending to the potential Kamiko has to be a speedrunner’s paradise. 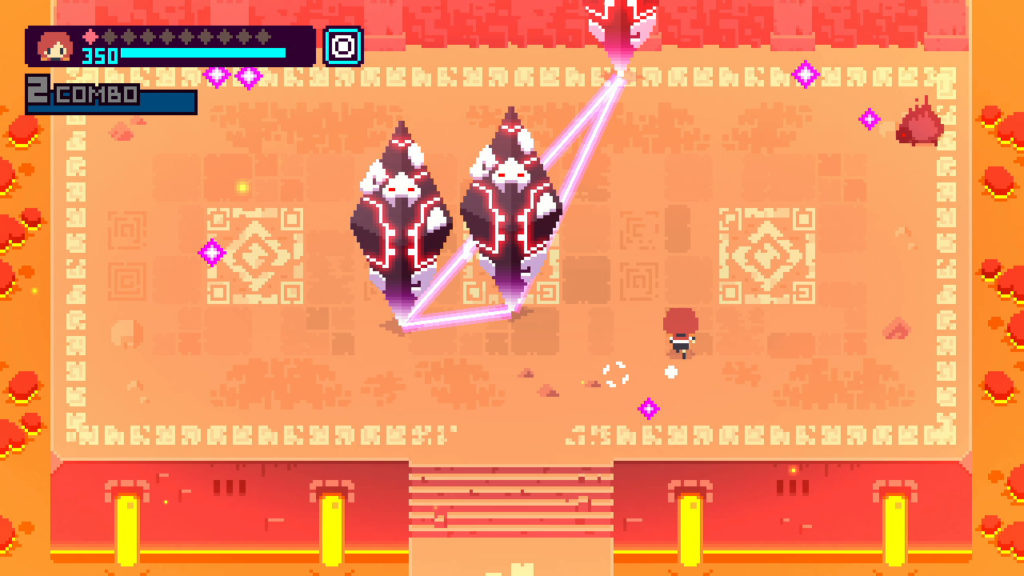 While Kamiko pretty clearly takes inspiration from the art and style of Hyper Light Drifter, the games couldn’t be more different. Kamiko is pretty clearly an action game that’s a bit less about skill in combat, and more about the expediency with which you dispatch enemies and solve the puzzles of each level. Where HLD is more of a wandering mystery, Kamiko is more of a straightforward experience. You unlock four portals, you enter the shrine, you defeat the boss and move onto the next stage. Each one takes about 15 minutes on average, and once you’ve beaten all four stages, voila… game complete.

The soundtrack to Kamiko is a brilliant chiptune feast as well, with songs that evoke the best of a bygone era, while lending themselves to each level’s overall atmosphere and theme. Truly, the biggest regret I have with Kamiko is that it’s over so soon. Playing through each time with another shrine goddess is great, and extends the full length of the game by about threefold, but I can’t help wanting more. Still, the pickup and play design of Kamiko is ideal for the Switch when it’s in travel mode, and that’s probably exactly what the developer was going for. 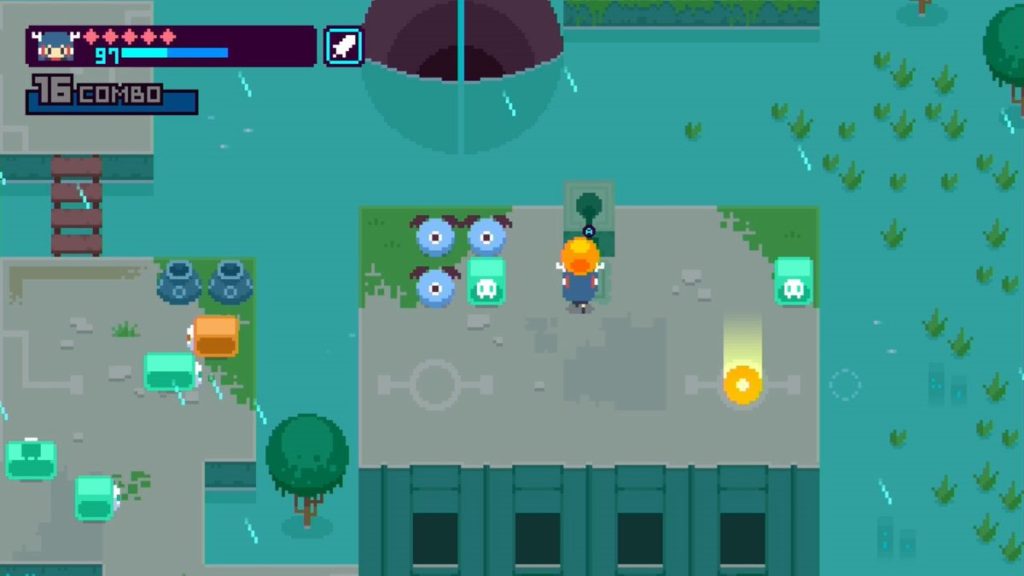 Each level has its own theme, its own puzzles that teach you what to expect with the final boss, and in the end, I couldn’t help but feel satisfied by Kamiko even if I wanted more. Few games these days are up front and honest about their value. Even with its short playtime, I’d have paid more for Kamiko because it’s so expertly made. I can only hope we get a sequel or something equally excellent from developer SKIPMORE and soon.

Note: This review was done with a copy of Kamiko on the Nintendo Switch purchased by the reviewer.

Kamiko is an action arcade game centered on the Japanese Shinto beliefs. Players take on a role of a priestess fighting against demons and solving mysteries on her way through stages. Each stage has several Torii gates, sealed with magic. Players will need to find a way through them to engage the final boss of the stage.
0
Average User Rating
0 votes
Have Your Say!
Your Rating: 0
Submit
Write A Review
Genre:Action, arcade
Developed By:Skipmore
Publisher:Flyhigh Works
Modes:Single-player