Science Fiction and dystopian futures go together hand-in-hand like bread and butter, examples are everywhere you look Dune, Blade Runner, Fallout, Judge Dredd. There is no escaping the march of technology and often, as a result, the rise of the corporations that slowly but surely come to eclipse Governments. Conglomerate 451 continues that tradition and drops you into the shoes of one such corporate director, the difference here though? You’re contracted to fight for the government and try to bring back order to a city on the verge of anarchy. How well does it succeed? Well, let’s find out because this is our review of Conglomerate 451. 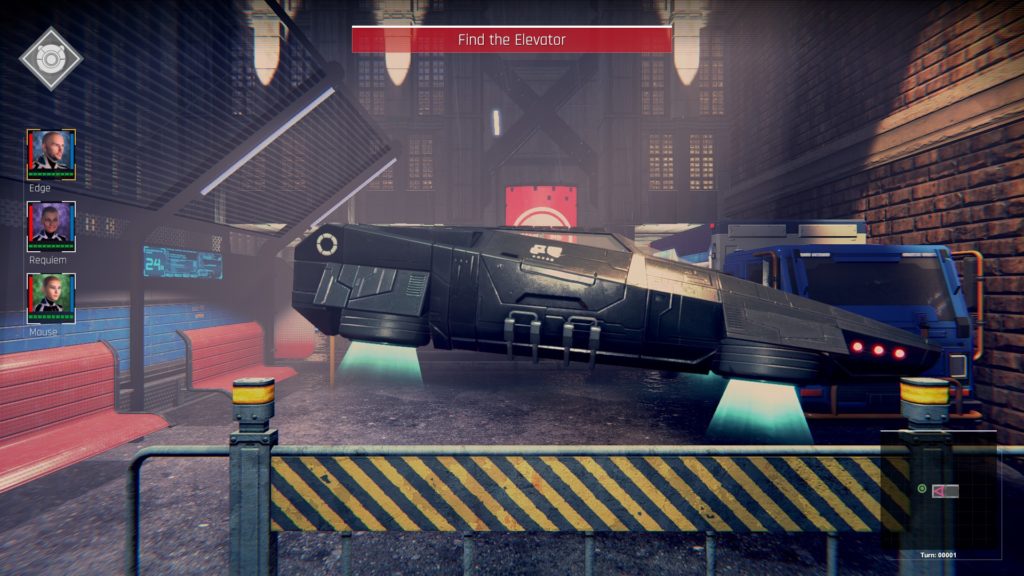 First things first, if you are expected to go up against rival companies with superior manpower and resources how exactly do we even the odds? Well, cloning that’s how. All of the agents that you send out into the field are clones of an original agent. In the beginning, they are “perfect” copies but later on, you can start manipulating the DNA to produce enhanced clones with greater stats and special bonuses. Creating and customizing your clones is a big part of the game and balancing out your team for field duty, having a healer is always great but there’s also hacking to consider, team buffs, enemy debuffs and of course straight up damage dealers. That’s before we even get into the fact that as this is a cyberpunk world there is, of course, the option (via research) to infuse cybernetic augmentations to your clones. If this all sounds a bit overwhelming, it kind of is. 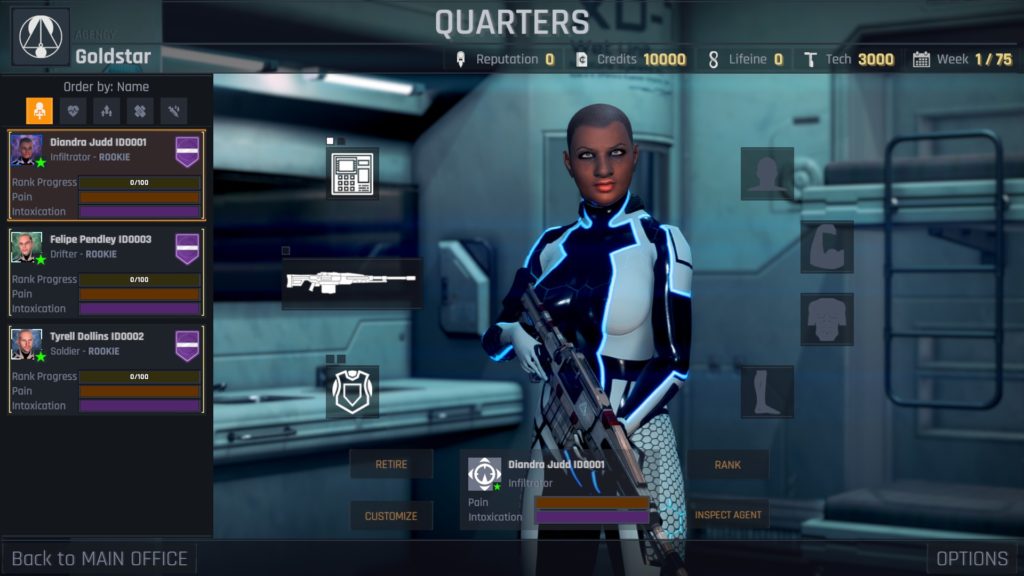 The game is split into two different segments, the turn-based dungeon crawling segments (missions) where you control your squad in the field and the office simulator section where you can create new clones, build upgrades and control research. During missions, you also have the option to find traders out in the world that can sell you drugs, these each have pros and cons and run the risk of your agents developing issues with prolonged use. 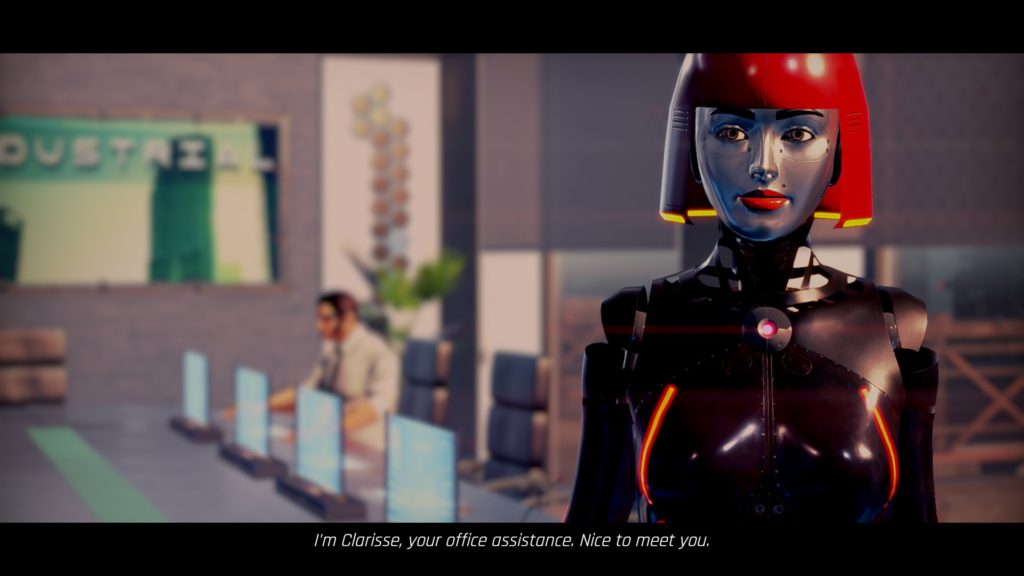 During combat, your agents have a variety of options but one of the most useful is hacking. While you won’t be taking control of enemy units the main reason to utilise this in battle is to learn about your opponents. They all have strengths and weaknesses which without hacking into them you will not know. Some encounters can be made a lot easier if you know you can stun, electrocute, burn or tank some damage due to you already knowing the enemy’s traits from previous hacks.

Combat, for the most part, is engaging and enjoyable if you like this style of game, my only real annoyance was with the camera. Once the encounter starts enemies can reposition themselves but you can’t move, this leads to several moments where enemies position themselves right on the edge of your vision and no matter how you try and position your camera they are in an awkward place. Speaking of movement, this game is like taking a trip back in time. The entire map is grid-based and you move between the spaces on the grid and control which direction you face separately. If you played a lot of PC games in the 90s you might feel right at home but I am not sure that modern audiences will find this system pleasing. Every mission has a different objective and there are plenty of items that can be looted, minigames are used to open containers, I found these to be a welcome distraction from the turn-based fights. Some of these items help with the research back at your headquarters or simply offer the resources needed to afford them. 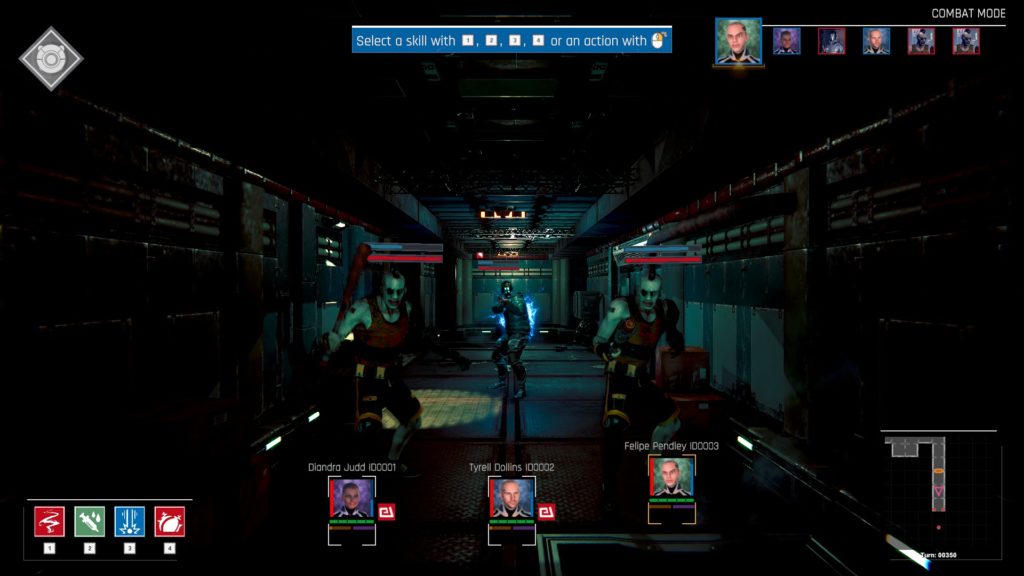 When your agents take damage you can heal them between missions in the med bay but sometimes the Trauma will stay with them giving them negative traits you need to be aware of going forward, if your agents don’t make it back then I’m afraid you’ve lost them for good. Permadeath exists in this game but I wouldn’t worry about it too much, you can clone a new one and maybe even make them stronger with new perks you may have unlocked since the originals birth. 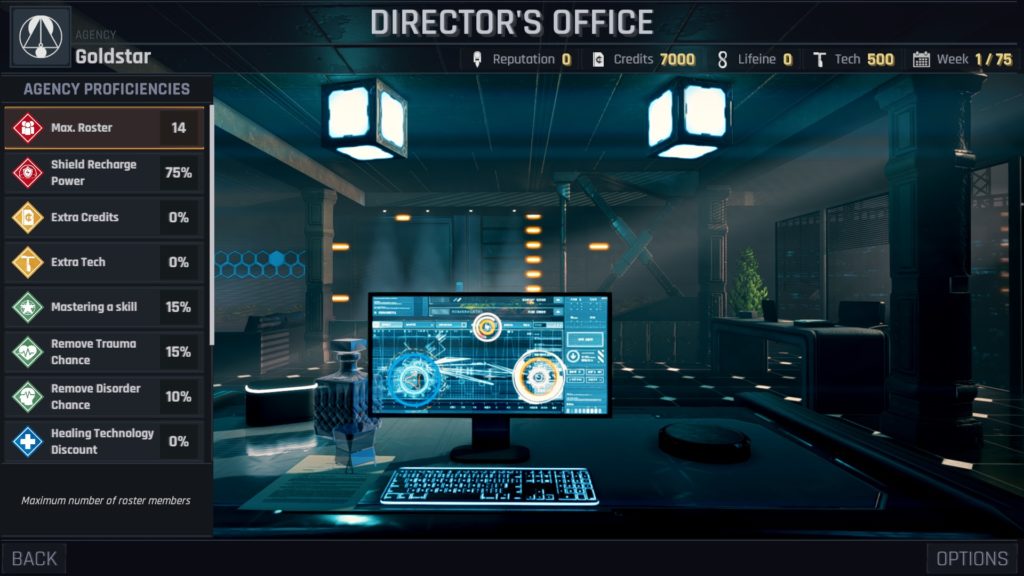 The game offers two modes to choose from, story or endless mode. Endless mode is the same as story mode but without an endgame. The story itself though I found wasn’t as strong as I hoped. While the opening to the game was great I quickly lost interest and found myself lost a lot of the time to the story. You often get contacted by the Government directly to perform secret missions and while it’s cool to converse in your office privately with a little holographic buddy. I’d have preferred a stronger narrative. I do appreciate though that RuneHeads the developers have still made a great overall package. I hope that this isn’t the last we see of this world, while it has it’s rough edges this is still an enjoyable experience with a lot of options to create your very own corporate death squads.

Tags: Conglomerate 451, pc, review
Summary
While I did enjoy my time with this game, I don't think I will be revisiting it in its current state. If you have a hankering for an old school turn-based strategy game then you'll probably enjoy this. For everyone else though I think you may be a tad overwhelmed and disappointed with what's on offer here.
Good
Bad
6.5
Fair 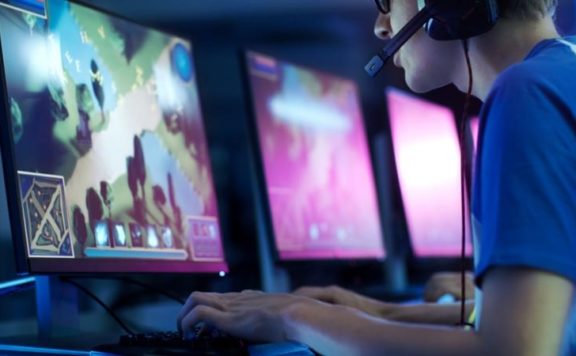 Science Fiction and dystopian futures go together hand-in-hand like bread and butter, examples are everywhere you look Dune, Blade Runner, Fallout, Judge Dredd. There is no escaping the march of technology and often, as a result, the rise o...
0
Average User Rating
0 votes
Have Your Say!
Your Rating: 0
Submit
Write A Review