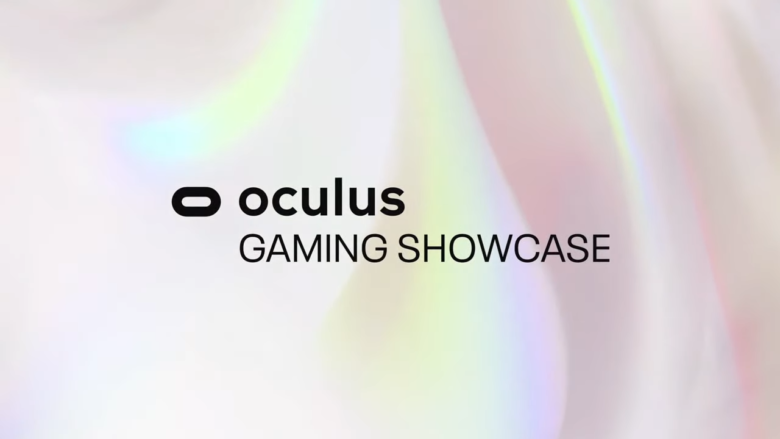 This week the first Oculus Gaming Showcase was held. Fans of VR got a look at several upcoming titles, gameplay, and updates for existing games. While that showcase felt short, it packed in a lot of information. Read on to find out what games are coming or are going to receive new updates.

Virtual Reality, until recent years, has been mainly for early adopters, those willing to spend money on technology that is still trying to make the jump to mainstream consumer adoption. While the technology has looked very promising, the costs have remained high.

Love or hate it, enter Facebook and the Oculus Quest. The Quest 1 and the Quest 2 have now made a quality VR experience available to many people at a more affordable price.

While the company has not done everything right along the way concerning Oculus and VR, their first official showcase shaped up quite well. Hosted by Ruth Bram, Executive Producer at Oculus Studios and Facebook Reality Labs, the games presented all looked interesting, and watchers got a chance to see gameplay footage for most titles. So, lets’ have a quick look at what is coming to Oculus headsets.

Pistol Whip 2089 – A fun rails shooter with some great music. The 2089 story-driven campaign was so popular that the development team is now working on another campaign called “Smoke & Thunder” set in the wild west. The best part, this DLC will be another free expansion to the game coming in the summer and includes “The Concierge”, a system that allows players to customize their experience even further. 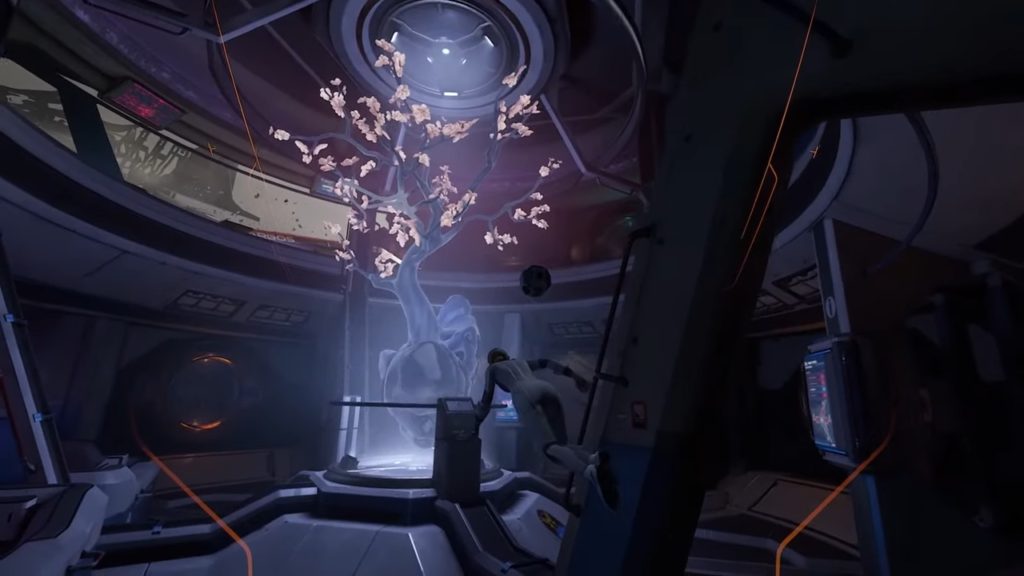 Lone Echo 2 – Long-awaited sequel to the original Lone Echo story-driven narrative game released in 2017. VR fans have been waiting for this one so they can return to exploring space around Saturn, and they will not have to wait much longer as it is also launching this summer. This one is a Rift Platform release, meaning you will need a VR-capable PC. 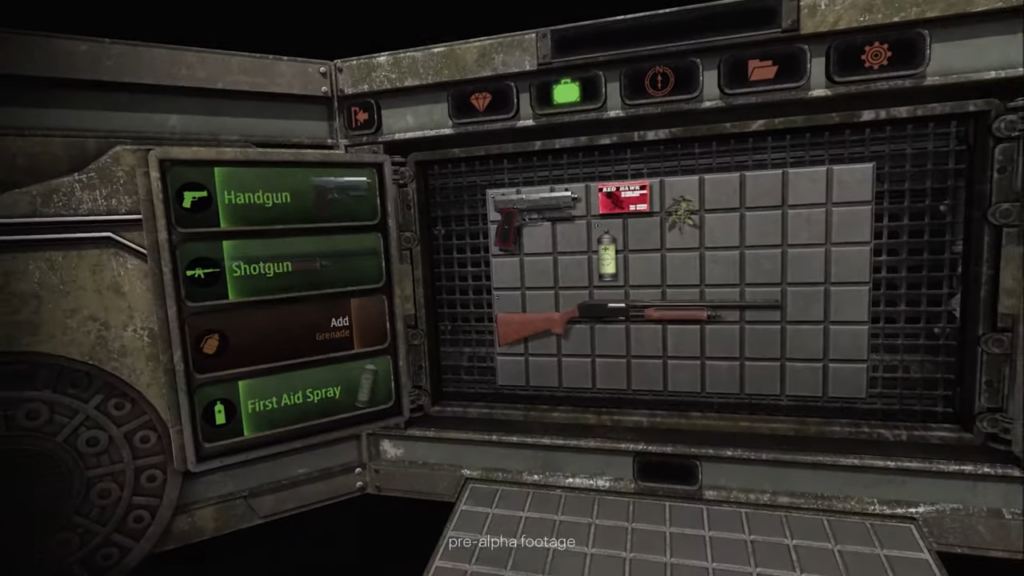 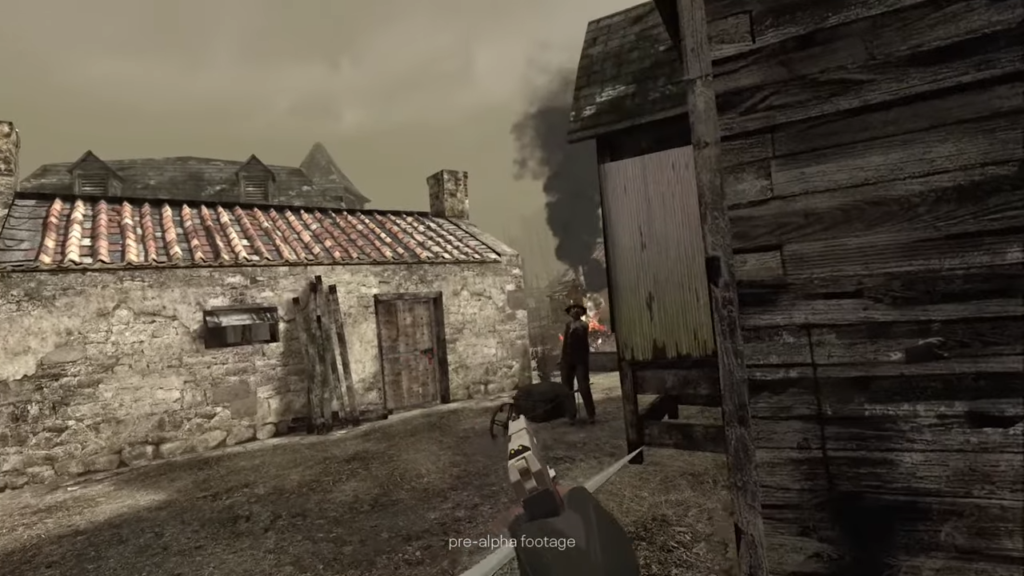 Resident Evil 4 – One of the biggest games of the showcase RE4 will be a Quest 2 exclusive title. As the first Quest 2 exclusive, I am a bit nervous that this could start a trend, but we will have to wait and see.  It launches later that year and is an enhanced and remastered version of the original game that will keep all the original content intact. Players can expect to see the following updates/options for VR play: improved player controller rig, weapons, items, inventory screen, multiple movement types (including seated play), remastered art, remastered sound (in stereoscopic 3d), texture improvements, and a higher framerate. Cut scenes will be kept in their original format. I have not played RE4 but have enjoyed other Resident Evil games, and I cannot wait for this one.

Star Wars: Tales from the Galaxy’s Edge Part II – Released on the Quest and Quest 2 in November 2020, this action-adventure game will be receiving a part II later this year that includes two new tales for players to experience. 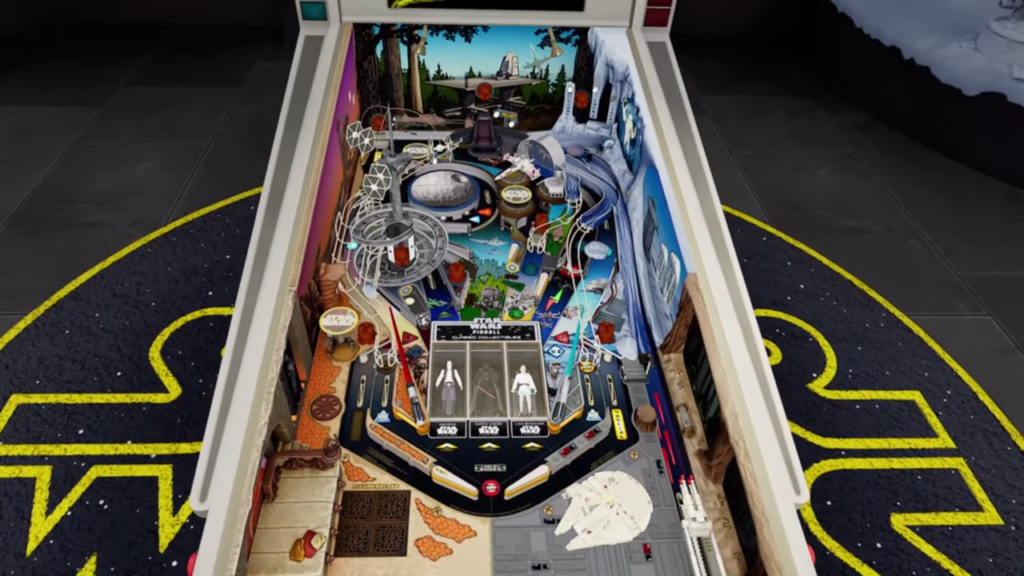 Star Wars Pinball VR – Ever wanted to have a fan cave based around Star Wars memorabilia and eight pinball machines but didn’t know where to put everything or how to pay for it. Well, this game is for you, and it looks pretty good. I have not played pinball in o so many years, but I hope they have a tilt mechanic in place for VR since I was never very good at it.

I Expect You to Die 2 – The Spy and The Liar – The original I Expect You to Die released in 2019 and is getting a sequel later this year. Expect another VR puzzle game where you, as a secret agent, need to escape various deadly situations before time runs out.

Carve Snowboarding – From the creator of 1080° Snowboarding comes a new VR experience on the Oculus Quest. Only a gameplay trailer was released, but the footage looks decent. I am curious how they handle the board position as you attempt tricks without motion trackers for your feet. 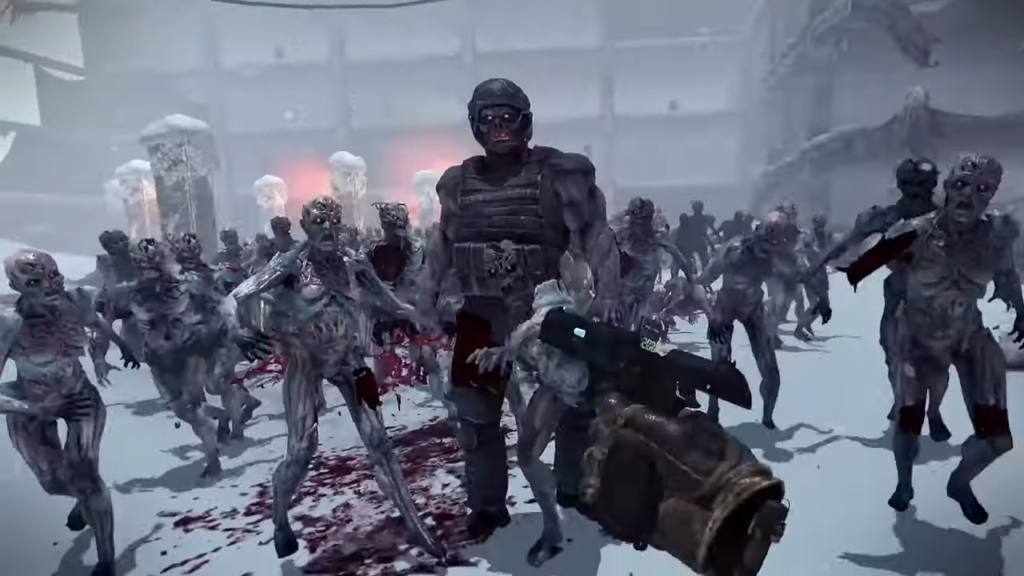 After the Fall – The creators of Arizona Sunshine, Vertigo Games, are back with a new VR action FPS. This time around, you are up against multiple types of undead in a post-apocalyptic setting. It supports up to four-player co-op. I loved playing Arizona Sunshine as one of my first games on the Quest and can’t wait. After the Fall will launch later this summer for both the Quest and Rift with crossplay support.

Wraith: The Oblivion – Afterlife – A VR horror game set in the World of Darkness universe developed by Fast Travel Games. In this game, you play one of the undead, exploring Barclay Mansion to solve the mystery around your death. I have not played a tabletop game of Wraith: The Oblivion in a long time. Some of the concepts Wraith explores are interesting, and I could see VR being a perfect vehicle for the types of stories it supports. The game has released as of April 22nd on the Oculus Quest 1 and 2.

The Climb 2 Freestyle – Ever wanted to go climbing up the side of a building or scenic mountain without having to go outside? The Climb was a fun VR title, especially when showing VR to people for the first time. The Climb 2 continues that trend and is launching a free update with a freestyle climbing feature. This expansion to the game will also include a rhythm challenge mode where grips and handhold will change with the music.

The showcase was short, coming in at around 26 minutes, and I wanted to see more. While some of the game graphics didn’t overly impress me, I had to keep in mind that they were targeting the Quest platform, limiting what developers could do. One thing I did appreciate, the focus was squarely on the games, with no extra garbage. Not every game excited me, but they almost all at least piqued my interest. If I had to pick, the two I am looking forward to the most would have to be RE4 and After the Fall.

Written by
Kevin Chick
Kevin "Xevrin" is an avid gamer having started playing video games on an Apple III with the Wizardry Series and Questron before the age of 10. In junior high, he branched out into tabletop gaming with the release of D&D 2nd Edition. During his first year of university, Everquest was released combining both of his favorite activities.
Previous ArticleImmortals Fenyx Rising: The Lost Gods – Launch trailerNext ArticleThere’s Gold in Them Thar Red Dead Online Hills