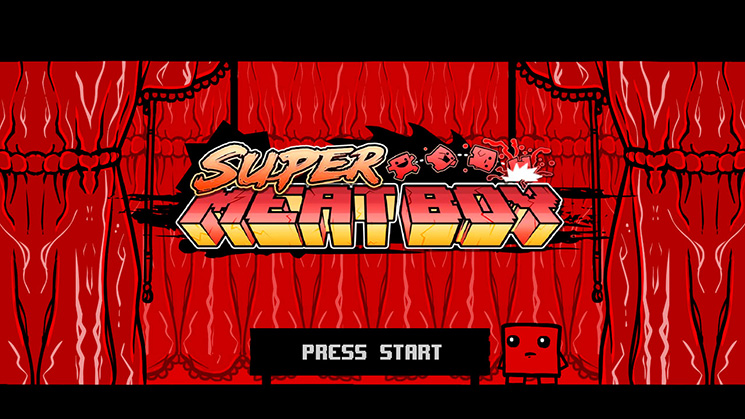 It’s hard to review a game that’s been out on just about every system since 2016, the Wii U included, but here we are. Super Meat Boy on the Switch is a fabulous port, and perfectly fitting the dual usability of the console (handheld and docked). A lot of folks with the Switch may not have played the excellent indie platformer, and judging by its so far excellent sales on the eShop, I’m inclined to think that a lot of players are repeat-buying SMB. And here’s the thing – it’s because it’s a great, difficulty, but not annoyingly so platformer that has loads of replay value. This is our Super Meat Boy Switch review.

You play as the eponymous Meat Boy, trying to save your girlfriend Bandage Girl from the evil Professor Fetus. Each time you finish the levels (all of which are one-screen in size), he swoops in and takes your girl away, forcing you to continue on your quest. Graphically, control-wise, and level design-wise, it’s a perfect port. Everything’s the same as you’d remember from previous versions. 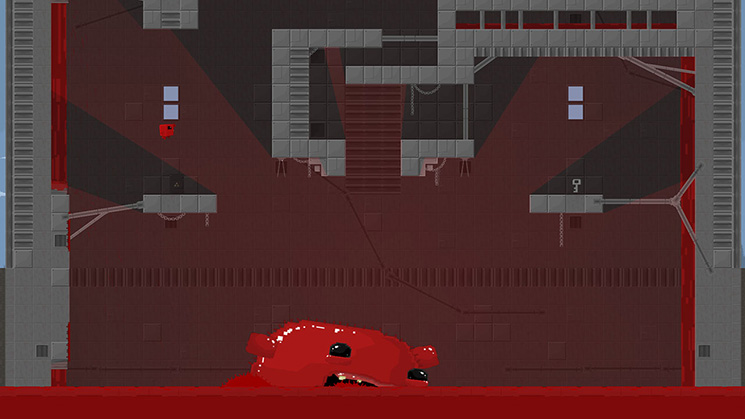 The one downside? The soundtrack is still not restored to the original version, which the “hardcore” SMB fans prefer. It’s still a good soundtrack, don’t get me wrong, but it’s worth noting. This is basically a port of the PS4 and later versions, not the original 2010 and 2011 versions.

I played most of Super Meat Boy in docked mode, and the only issue I had with the controls is that I occasionally felt that hand cramp pain that comes with intense skill-based games on the console. The pro controller was much more comfortable. That’s not on Meat Boy, but rather the system design itself.

Each level, as stated above, is a micro-experience. One screen usually, though boss levels tend to go bigger, and if you die (which takes one hit or missed jump) you just start over at the start of the level. Think of it like the OG Prince of Persia in this sense. There’s also no game over screen. You just die and die until you succeed. In this way, SMB is the kind of game that begs “one more level” or “one more try and I’ll get it right”. What’s cool is that at the end of each level, the replay shows you all of your attempts simultaneously, so you can see where you did it right or wrong. And since each level as a target time to beat, achievement hunters will love to retry and nail that perfect score. 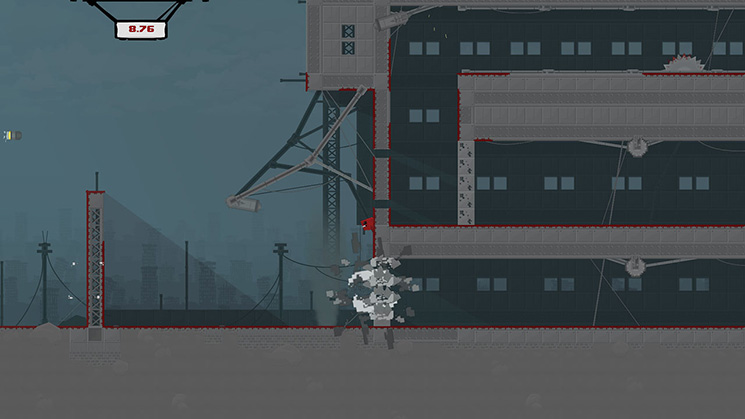 It’s now 8 years old, but Super Meat Boy is still one of the best platformers in recent memory. Perfectly simple controls, great level design, and grotesque but cute humor make a very memorable experience. When Super Meat Boy Forever lands on the Switch, you can bet we’ll be playing that too.

Written by
William Murphy
The Greatest Excite Bike Player of All Time (GEBPAT for short) and Editor in Chief of GameSpace.com and MMORPG.com.
Previous ArticleZwei: The Arges Adventure Review – Classic JRPG Goodness Hits the PCNext ArticleStellaris Preps for the End Times with Apocalypse Expansion