Absolver is a new game developed by SloClap and published by Devolver Digital. It is labeled as an online melee action game with fluid real-time combat, customizable style and flow with online multiplayer action and narrative in PvP and PvE.  That’s a bit of a mouth full, isn’t it? So, let’s break the game down into its parts and then see how it measures up as a whole. This is our Absolver review.

Let’s dig into the combat first since that is very much the what Absolver revolves around. Fluid real-time combat? If you’re a fan of any type of fighting game those words should be making you drool. While Absolver can be played with mouse and keyboard, I would recommend using a controller. It just feels better on a controller. Aside from a few hiccups I had while playing, the combat in Absolver feels solid. There is weight to the heavy hits and when they land perfectly it gets your blood pumping. But it’s not just about landing your hits, it’s also about blocking or dodging the enemy’s combos. All done real-time, all requiring a certain amount of skill to be good at. It’s not just simply dodging, but dodging to your side or down or even a hop to avoid a sweeping leg kick. While you manage your stamina bar which is used to attacking and defending oh and your health too. Throw in more than one opponent and the combat can get even trickier. The real-time combat of Absolver felt like something even a novice fighting gamer like myself could step into and do ok, but if I put the time into it I could become even better. Making this fighting game more about skill than just stats. 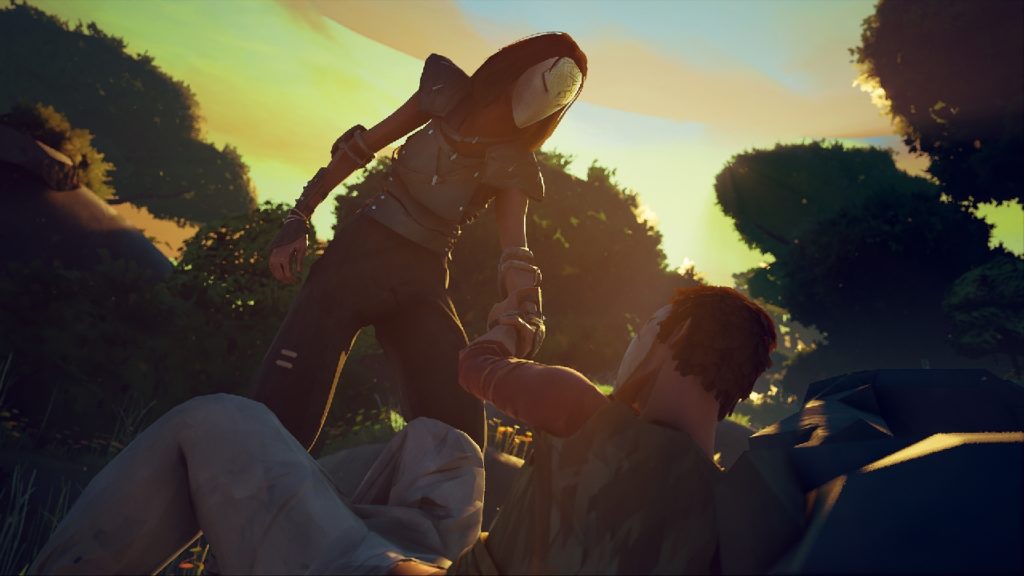 Let’s discuss the customizable style and flow of Absolver. There is a fair amount of ways to customize your character. From hair style to various clothing pieces to fighting styles. While different hair styles may make you look cool, that’s all they do. But the various clothing pieces and fighting styles all have their pros and cons. Some clothes weigh more and thus make you less agile (which is bad for someone playing an agility style of dodge fighting). The various fighting moves all do damage, but figuring out you want your fighting style to be can take some time and practice.

There are a ton of moves you can learn from battling various other fighters. I started with the middle road school based on agility and dodging while striking back quickly. It gave me a basic set of moves, but as I fought I learned more and over time changed my fighting decks. There are four different stances in Absolver and depending on how you want to play, you can make your moves chain from one stance to the next and get in some pretty nice combos/moves. There were also times I sacrificed some damage just to look cooler. It has to be said that the art style of Absolver is striking and the characters moving around in various fighting forms can look pretty badass or like a roaming vagabond. 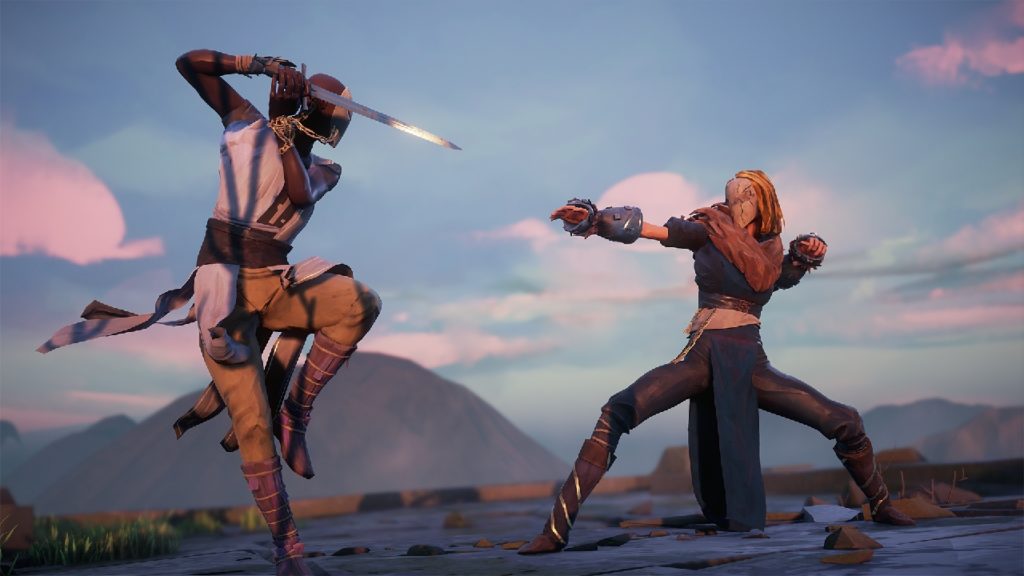 After the combat, the multiplayer and the story are the next big thing in the game. You can play offline and not encounter anyone, just going through the story of Absolver to fin d your place in the world. Or set it to online and see what happens. You can also change it to invite only so it’s just you and your friends playing. For me it was a mixed bag. A few times I had some more skilled players pop into my world and come for me with no other purpose than my destruction and at other times I ran into people and we emoted our way to cooperation and beating down several foes. The option to allow people to join your session or not was a nice choice instead of just forcing this on everyone. I had fun doing both, to be honest. And made a few new friends in the process. To a degree leveling in Absolver does matter. It gives you increases stats that you can choose to put into strength, agility, health, stamina. So, a really high-level character can destroy you, but if you’re skilled enough you can put up a good fight. At the end of the day as you travel the road to be a Kung Fu master isn’t that all that really matters? Standing your ground and fighting as best as you can? Or perhaps you seek the road of the Drunken Master, that road exists as well.

Overall, I enjoyed my time in Absolver and look forward to seeing what is next in its future content updates.

Absolver is an online Action RPG, set in the ruins of the fallen Adal Empire, you awaken with a mysterious mask on your face, and faint recollections of an esoteric ceremony. Freeing you from hunger, thirst, and even death, the mask is the creation of the Guides, the rulers of these lands, who have placed you here to determine whether you are worthy of becoming part of the elite corps of Absolvers. As you wander these forsaken lands, encountering other Prospects like you, you will learn new combat styles, acquire weapons, gear, and armor, and build a team of warriors with whom to fight side by side in Arenas of combat.
0
Average User Rating
0 votes
Have Your Say!
Your Rating: 0
Submit
Write A Review
Genre:Action, Online, RPG
Rating:Teen
Developed By:Sloclap
Publisher:Devolver Digital
Modes:Co-op, Online, PVP, Single-player
Engine:Unreal