Last week I wrote up a first impressions piece on the latest entry to the Need for Speed franchise; a franchise, I might add, that has been in existence for around 23 years. That in and of itself is pretty exciting feat and Payback hoped to capture some of the best elements of the series better titles. After around 10 hours on my PS4 of drifting, jumping and occasionally racing my way through Ghost Game’s latest entry to see just how well this open world racer fairs. So grab that coffee, kick back and enjoy our Need for Speed: Payback review.

NFS Payback does a lot of things right. It’s a solid arcade racer with great customization, an impactful upgrade system and several types of racers to customize and drive to your heart’s content. In many ways it has captured some of the glory days of Underground in regards to customization with a wide range of features to tweak and adjust. Both cosmetic and mechanical upgrades feel impactful and worth investing in.

In the same way the racing mechanics also hold true to some of the series better titles. Each car handles differently and some are better for situational settings giving you, as the player, plenty of options to try out. As mentioned this is a solid arcade racer, one of the more enjoyable ones I have spent time with over the last couple of years. 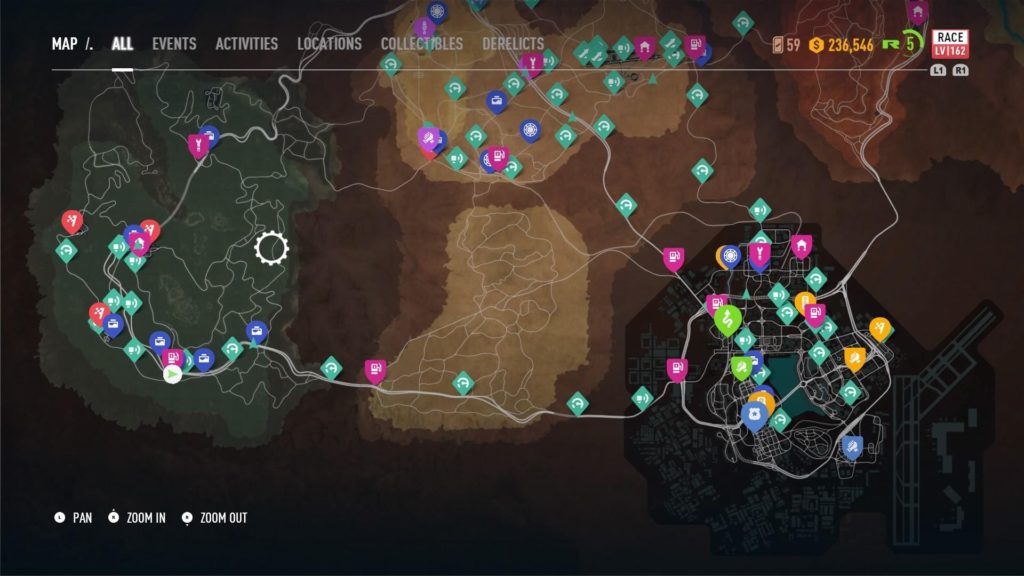 The open world that is presented in Need For Speed is well developed and looks great. There is a diverse but logical mix of environments and despite my early concerns about open world content, as I have progressed through the game I am finding more and more discoverables, speed traps, shops and other things to do being unlocked. There have definitely been moments of wondering what I should do next and the early game really did feel empty aside from main story missions but the more time spent in game seems to be opening up more content.

The story of NFS offers an interesting mix of old tropes but with a new storytelling mechanic. In fact, I greatly appreciated the seamless transition through the various playable characters on your crew during the same mission. One moment I would be playing Ty, a street racer style character, dogging cars, boosting threw streets either racing to a finish line or outrunning police while the next moment I was playing as Mac, the off-road expert or Jess, a runner (or brawler as I preferred to call her). Each character brought with them a different objective and play style all within the context of single mission, each contributing to a common goal. It had a very Fast and Furious vibe to it and is very well executed and it created some great cinematic moments.

As exciting as those moments were to watch that was also the problem. I spent a lot of time watching the awesome moments instead of playing them. Most of my mission time was spent racing from point to point, building up to a climactic moment only to see the game take over and show me the sweet move my character was executing. It took away from the overall experience and was a bit disappointing to experience over and over again. The missions really felt like one mission played over and over again. I appreciate the challenge of presenting a developed story in a racing game and Ghost Games has done a solid job at presenting a fresh way to tell story, it just would have been nice to experience more of the epic moments as well as a little variety. 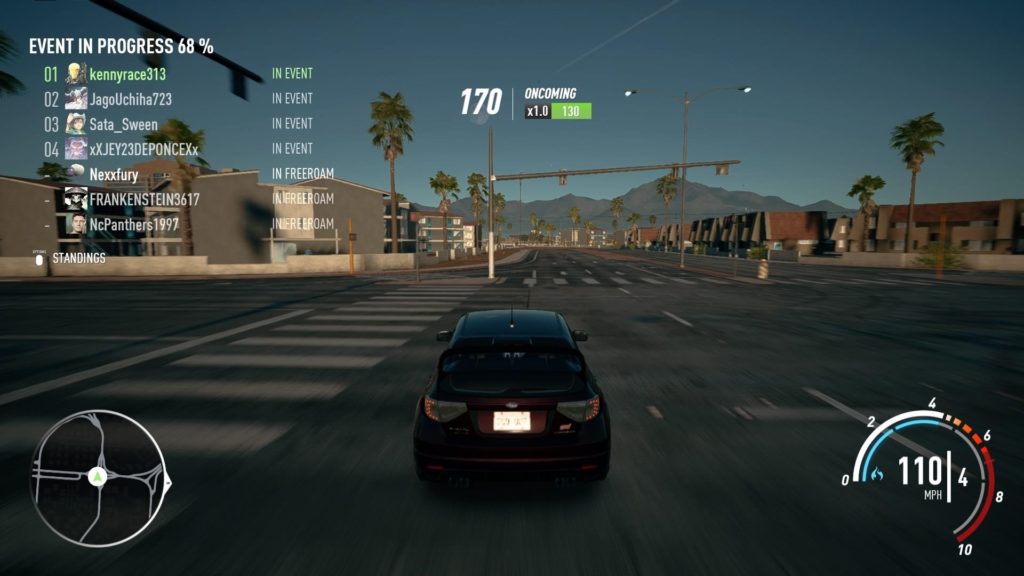 Multiplayer is another beast altogether. When jumping into a multiplayer session you first have to choose your car line up to work with for the duration of your online play time. Once selected your are limited to those cars. As there are multiple types of races available it’s important to choose well the cars you want to bring in.

Once in session you are greeted to the open world experience that is present in the single player mode, or at least the world itself as none of the open world activities seem to be present.As a result you simply drive around waiting for the current even to finish before joining the other players in a race. It’s essentially a glorified waiting room with little to do but wait. It feels like a missed opportunity and also pigeon holes your playerbase into only racing. There isn’t really a lot of reason for friends to get together and explore the beautiful world that has been created.

The races themselves are pretty straightforward but I did note that there doesn’t seem to be any balancing of players based on car, upgrades etc. This seemed odd considering that there is a whole item level like system in place that scores your car based on on the above-mentioned factors. However, as a low-level player I, found myself more than once facing off against people with an item level at least double my own. It quickly became an exercise in futility and was a bit of a turnoff to the multiplayer experience. 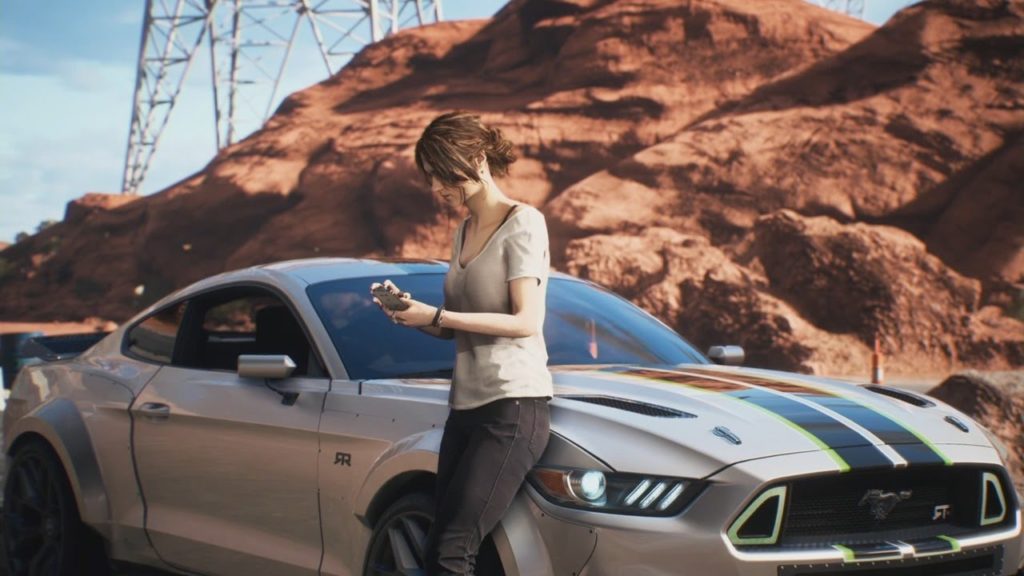 Need For Speed Payback is a mixed bag. One the one hand it’s a fun arcade racer with great customization, a wide range of cars and race styles and some truly great single player moments. Yet with the other hand holding an underwhelming multiplayer experience, lather, rinse repeat story missions, and some awkward storytelling pacing, NFS never seems to hit top gear in its goal to capture the glory of the old days. 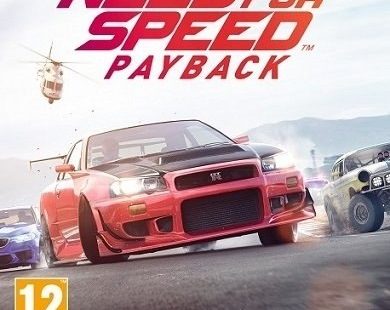 Need for Speed Payback is a racing video game developed by Ghost Games and published by Electronic Arts for PC, PS4 and Xbox One.  It is the twenty-third game in the Need for Speed series. The game offers a single-player story-driven campaign following Tyler Morgan, Mac and Jess. The former street racer was double crossed and now is looking for a crew to compete in an impossible race to bring down a criminal cartel, The House. The events of the game will take place in the fictional Fortune Valley. Players are able to purchase new vehicles, win or buy parts for them as well as customize cars to their liking. The game offers a variety of missions:  race events with Tyler, transporting VIPs and packages with Jess, drifting and off-road events with Mac. Some missions will include all three characters.
7.1
Average User Rating
7 votes
Have Your Say!
Your Rating: 0
Submit
Write A Review
Genre:Racing
Rating:Teen
Developed By:Ghost Games
Publisher:Electronic Arts
Modes:Multiplayer, Single-player
Series:Need For Speed
Engine:Frostbite 3