Scanner Sombre is something else. It’s a game, but there’s not much “playing” to be done. It’s mostly about exploring and finding your way out of darkness using a unique tool that highlights the surface of items around you. It’s a horror story, but it’s also a reflective narrative. It’s a maze, but it’s not one where you’ll likely get lost. There are one start and one exit. Scanner Sombre is a very short, but very enjoyable ride that feels like the seed of something greater. This is our Scanner Sombre review.

When I say Introversion Software’s latest game is short, I mean it. Scanner Sombre took me all of 86 minutes from start to finish, with a couple of pauses to let the dogs out. There’s no replay value here to speak of – rather, think of the game as an interactive film or novel. Like Funcom’s The Park, it’s about the experience of a story through unique means more than anything else. It’s thankful then that its price is a budget $12, but even that feels like a bit of a stretch. 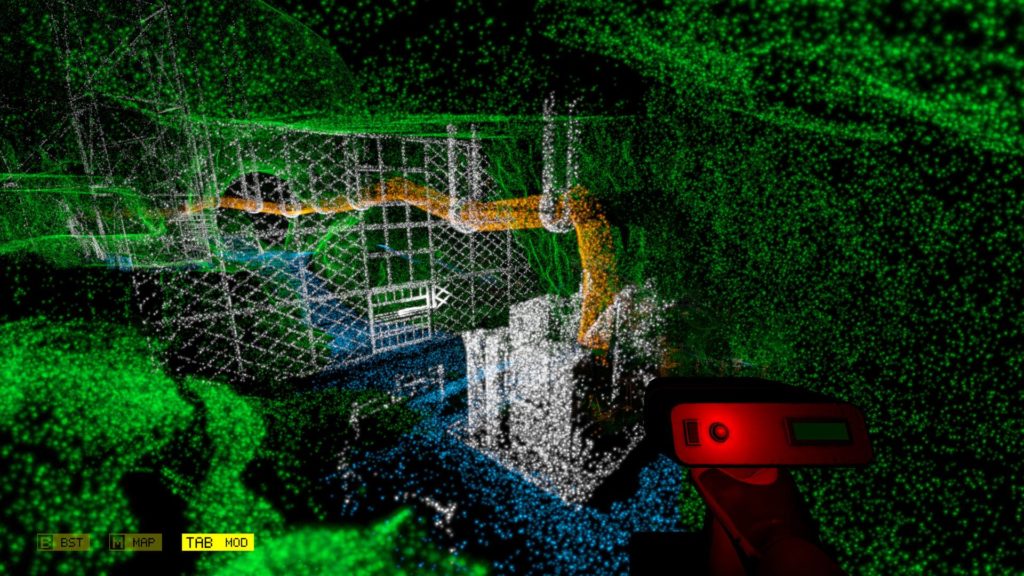 You begin your adventure at the base of a deep cavern, where you’ve set up camp as an explorer, archeologist, and spelunker. Your gear, a photo of your family, and a tent are all you have with you. Walking out into the darkness, you grab the LIDAR scanner. It’s a device that places points of light on objects around you, with the help of a special set of goggles. It’s not real light, just bits of the spectrum. Using the LIDAR, you’ll find your way from the base of the cave to the surface. That’s the whole object of the game, really.

What makes it tense is that Introversion has crafted a beautifully creepy soundscape in Scanner Sombre. There’s little to no music to speak of, except when the developers want it there. And when it sweeps in, it’s usually to highlight your already piqued emotional state from some vision you just experienced. The rest of the time its silence, footsteps, and the sounds of a cavern like wet rocks, shifting sand, and loose pebbles.

Visually, there’s not much to Scanner Sombre. But it’s how much they do with so little that makes the game remarkably memorable. You’ve not played anything quite like Scanner Sombre before, that much is true. The colors and sounds are enough to make you feel like you’re going made, even if the game’s scripted events weren’t there to push you down the path too. 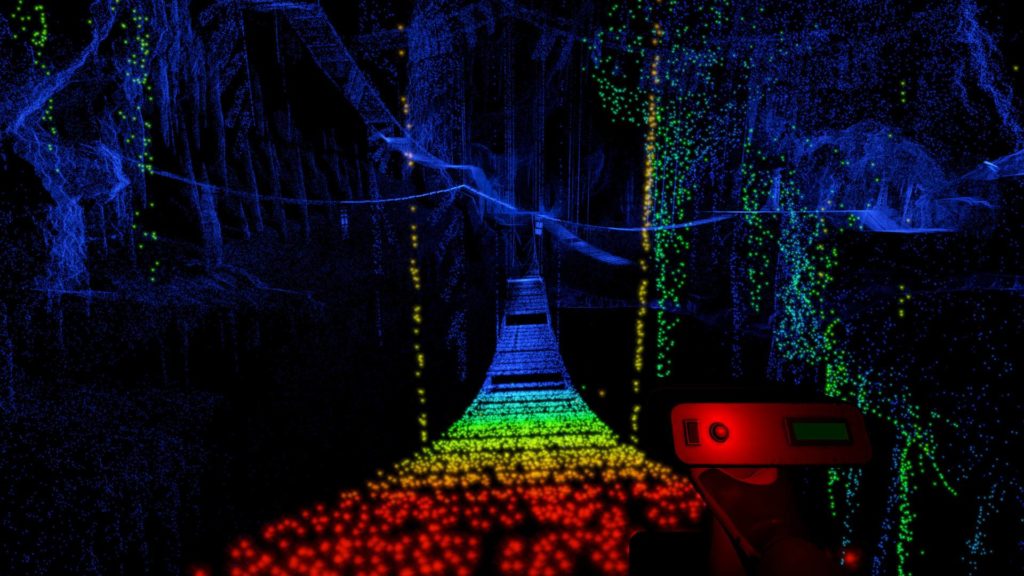 By the end of the game, you’ll wonder where the last 90 minutes evaporated so quickly, but you won’t wish you had them back. Scanner Sombre is an excellently unique adventure, that builds layer upon layer or intrigue and trepidation as you inch towards the surface. About halfway through, Introversion telegraphs the ending, and if there’s any real fault to this palate cleanser it’s that you wind up able to guess how the game will conclude before you actually get there – a cardinal sin for a one-time-through story. 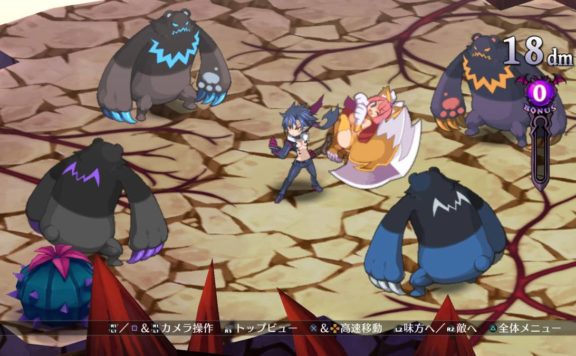 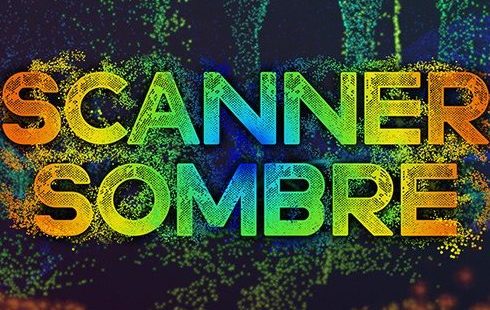 Scanner Sombre is a cave exploration game from Introversion Studio, the creator of Prison Architect and Uplink. Inspired by Gone Home and Dear Esther, the events of the game take place in a dark cave in absolute darkness. Players can only see their surroundings and interactable objects through a special scanner that colors players' vision. The idea came from a video Radiohead's "House of Cards" that used LIDAR technology to create various objects.
0
Average User Rating
0 votes
Have Your Say!
Your Rating: 0
Submit
Write A Review
Genre:Adventure
Developed By:Introversion Software
Publisher:Introversion Software
Modes:Single-player