You think of dwarves, you think of The Hobbit. You think of the Warcraft universe. You probably even at least gloss over Snow White. What you certainly don’t imagine, is a trio of our stout friends in space, armored up more like space marines rather than chainmail wearing heavy-drinkers we’re used to. This is our We Are the Dwarves review.

We Are The Dwarves essentially looks at the mold, and then smashes it repeatedly as they break the cardinal rule of keeping high fantasy and sci fi as far apart as possible. It actually has a pretty interesting premise, and a background that initially had me saying “Okay, this could work. This could be that breath of fresh air that the strategy genres are looking for.” The whole “dwarves in space” aesthetic is there, but space is a very different beast in this game. Look at everything you know about our galaxy. A spiraling mass in the universe full of various odds and ends. Huge as we amount to only a speck of dust among it. Now, imagine that instead of a swirling mass of all the planets and stars you can think of is instead, one giant cohesive mass. A rock with a size beyond full comprehension. 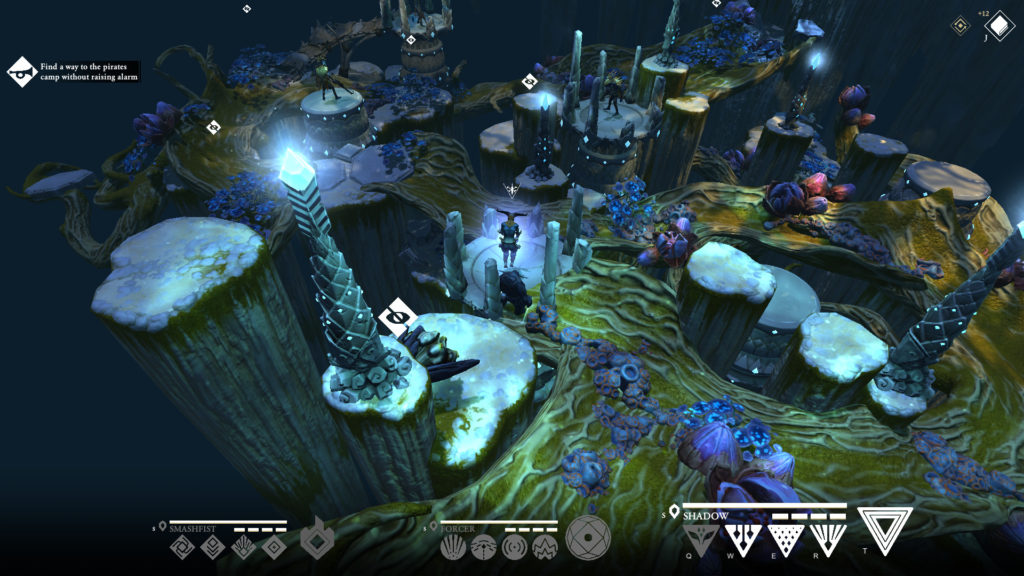 That’s the reality of existence in the game, as traversing the galaxy literally means digging through the rock and dirt, from pocket to pocket and cave to cave, in search of ever needed minerals crucial to the survival of dwarf life. This falls on the backs of three would-be heroes, to save the day. While not my primary issue with the game, it is disappointing that the story as it plays out in game is not nearly as interesting as the foundation lore laid out to set the mood in the background.

Fun, When It Works

At its core, We Are The Dwarves is essentially an RTS on a small scale. Think of the old Commandos series, as that is the closest comparison I could draw from my experience. The player controls three different dwarves that have very different uses, and of course their abilities are rooted heavily in a combination of what’s on cooldown and what’s available to let loose. It’s simple enough, on paper a standard affair that seems like it should mesh well. While there are times that it does work well, and I can see the game that it was supposed to be, often frequent upscales in difficulty come at you like a freight train with no way to avoid it. 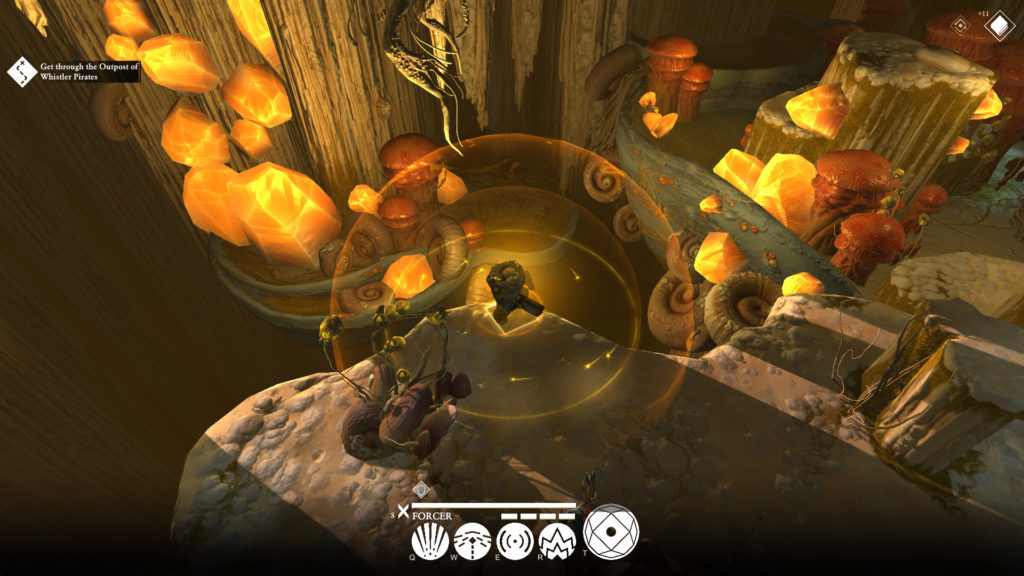 Unless you are a god among gamers, you’re going to die. You’re going to fail, and you’re going to do it often enough that your enjoyment of the game begins to lessen moment by moment. This isn’t in a Dark Souls “HURT ME MORE!” sort of way. It’s in a way that just feels like a blatant middle finger to the player, between inconsistencies in some of the abilities and several segments that feel on-rails (as in, if you don’t do something EXACTLY the way the developers intended it, you’re dead) the game becomes frustrating very quickly.

That leads me to believe the average rank and file gamer would not progress far into the game before setting it aside to play something a little more gratifying instead.

Now, I’m going to go out on a limb and try to give the developers the benefit of the doubt; maybe the game was just made for the most masochist of gamers that also have the patience of saints. I love a challenge, but what I was getting here was only frustration, and I consider myself pretty patient with most games save for a handful. That leads me to believe the average rank and file gamer would not progress far into the game before setting it aside to play something a little more gratifying instead. 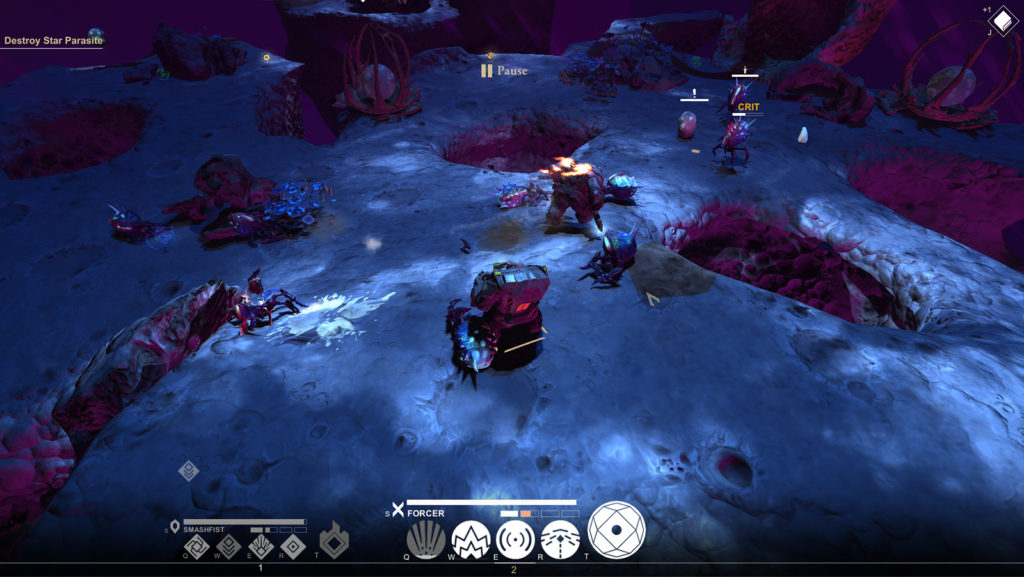 A great idea in terms of concept failing to come together, We Are The Dwarves has strengths rooted almost entirely in the background. When game mechanics as well as unforgiving difficulty spikes seem stacked against you in a way that it goes from feeling like a challenge to feeling unfair, you’ve alienated a large portion of gamers. For the masochists out there, you may be on board with We Are The Dwarves. But another warning; it’s not like dying in Dark Souls where a simple change in strategy can make or break the situation. It’s often a matter of luck, or confining yourself to rails and fulfilling a situation exactly as the developers wished.

Editor’s Note: A copy of the game was provided by Whale Rock Games for review purposes. We reviewed it on Xbox One.

We Are The Dwarves

At it's core, We Are The Dwarves is essentially an RTS on a small scale. Think of the old Commandos series. The player controls three different dwarves that have very different uses, and of course their abilities are rooted heavily in a combination of what's on cooldown and what's available to let loose. It's simple enough, on paper a fairly standard affair that seems like it should mesh well. It's launched now both on PC and Xbox One. We Are The Dwarves is an action-based tactical adventure with active pause (extreme slowdown of time) placing you in control of three Dwarven astronauts. Forcer is capable of ranged destruction, and timely set-up exectution. Smashfist, a brute at heart, gets up close and personal with rage worth avoiding. Shadow stays just where you'd expect him to, launching deadly successive assassinations and precision archery from afar. As a trio, combine each dwarfs attack styles into orchestrated destruction against your foe.
7.9
Average User Rating
3 votes
Have Your Say!
Your Rating: 0
Submit
Write A Review
Genre:Adventure, Indie, Real-time tactics, Strategy, Tactical
Rating:Everyone
Developed By:Whale Rock Games
Publisher:Whale Rock Games
Modes:Single-player