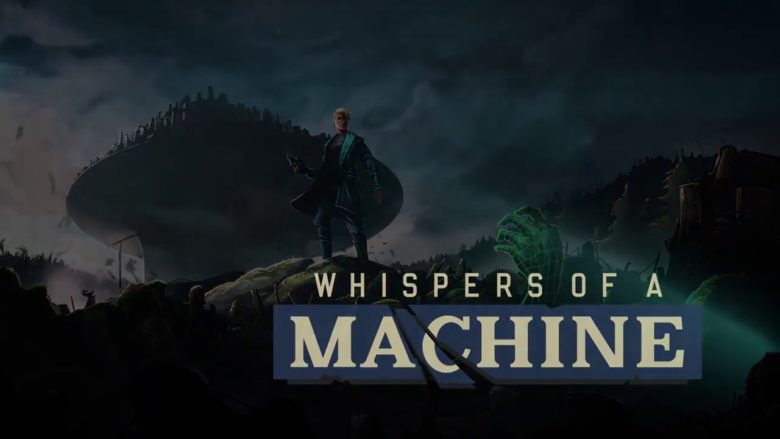 It’s time to get your detective hat on as you get ready to solve a murder and the dark story lurking beneath the surface of the new game from publisher Raw Fury’s Whispers of a Machine. Set in a post-AI world this point and click adventure game tries to bring a fresh story to the genre with a Nordic Noir twist. Does it succeed? Let’s dig deep and find out. This is our Whispers of a Machine review. 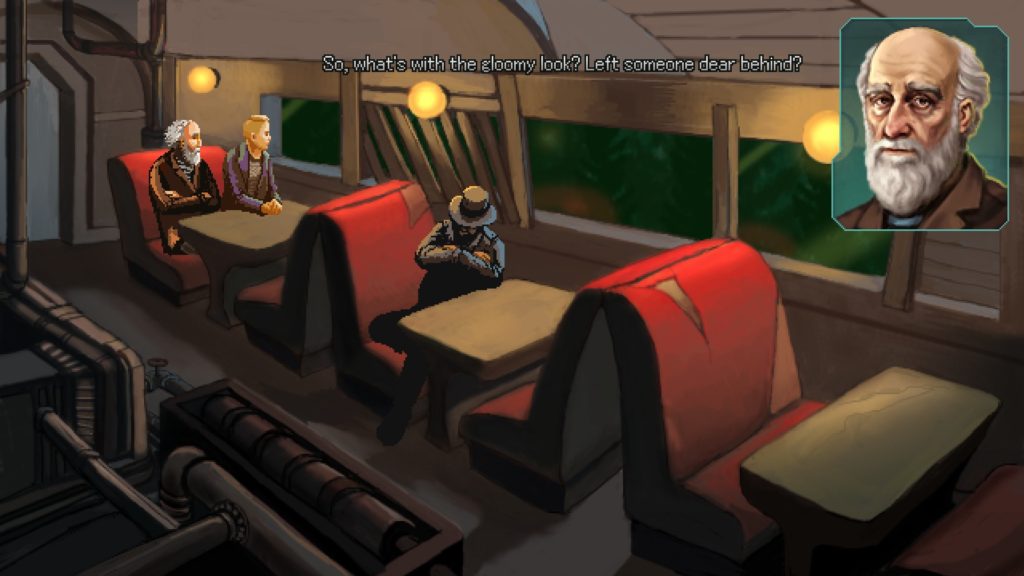 Whispers of a Machine went the route of pixel graphics for its characters as they move about a beautifully rendered background. This is generally what you would expect from a point and click adventure game and the style lends itself to this twist on the genre. It’s the little things like the names of people, or the towns name (Nordsund), banners which feature runes on them and the scenery itself which help Whispers of a Machine to stand out in what it calls itself as a “Nordic Noir”. With games in this genre having a background that is not only beautiful but also helps to build the story and is clear enough for the player to find what they’re looking helps to set this game above some others.

The story revolves around a sci-fi world that at one time had AI technology and it is now outlawed. You play as Vera, s cybernetically augmented Agent sent in to solve a murder for the local police. But what starts as one baffling murder, soon turns into a string of deaths with possible dark secrets linking people to forbidden technology. The story starts with a strong pace and continues onward throughout. Things begin to twist here and there as Vera begins to doubt herself and her newly implanted skills as wondering if she may be losing who she was. It’s a really good science fiction tale with some good plot that makes for a great game. 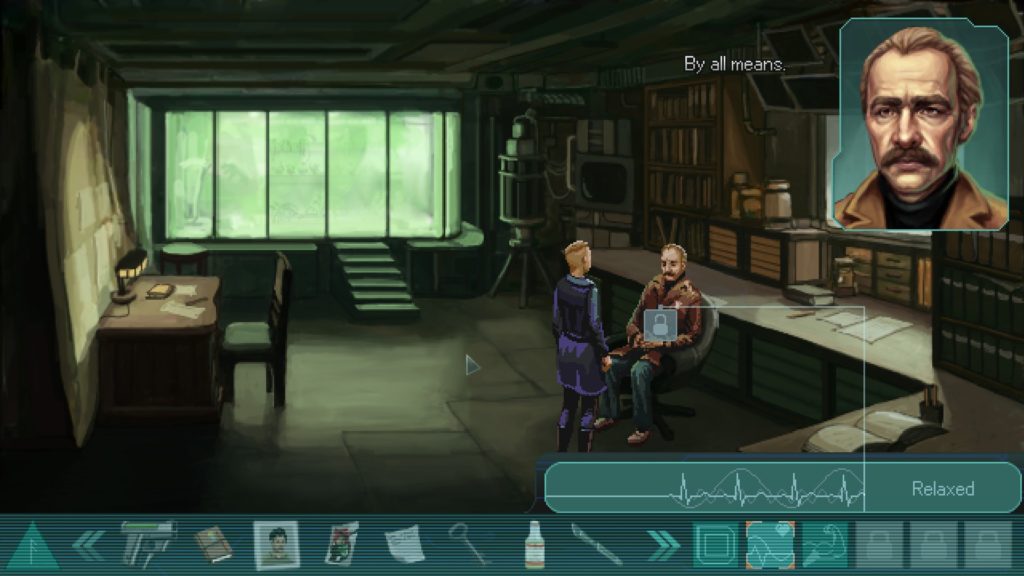 While Whispers of a Machine has a great story, this is brought to life thanks to over 4,000 lines of voice dialogue. Adding variety and true character to the game helping it to stand stronger in the genre. The voice acting is done well and helps to define several of the characters in the game. 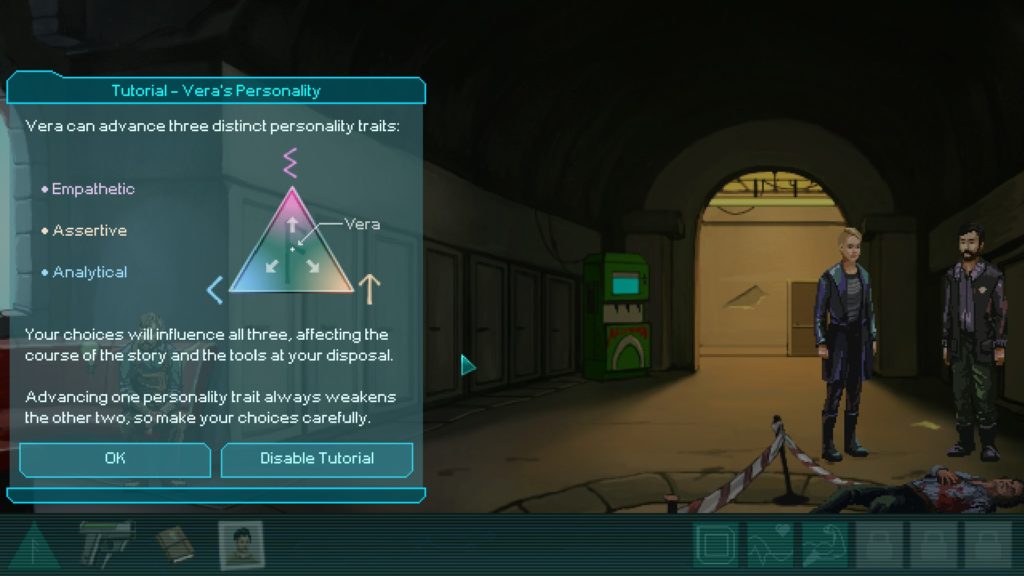 Whispers of a Machine brings some neat gadgets to the fore by playing on Vera being cybernetically augmented. You start with a bio scanner that you can drag around the screen looking for clues, strength to help you open those silly locked doors and a biometric analyzer which can help you detect if someone if a little off as they’re talking to you. There are slots for more abilities which you unlock as the story progresses and you make choices for Vera. Most choices will give you three different ways to say something which effect your Empathetic, Analytical or Assertive traits. Throughout the game, those values change and give you different options for abilities later. These skills and Vera’s traits help to further define Whispers of a Machine and it’s gameplay.

Tags: adventure, pc, point and click, steam
Summary
Overall Whispers of a Machine is a fun well thought out point and click adventure game. This genre isn’t for everyone, but for those who like it, then this is a definite buy. If you’re new to the genre this would be a good first dip into the water, although its sub-genre of a sci-fi Nordic Noir may be a bit different than what you’re expecting; but in a good way.
Good
Bad
9.5
Amazing 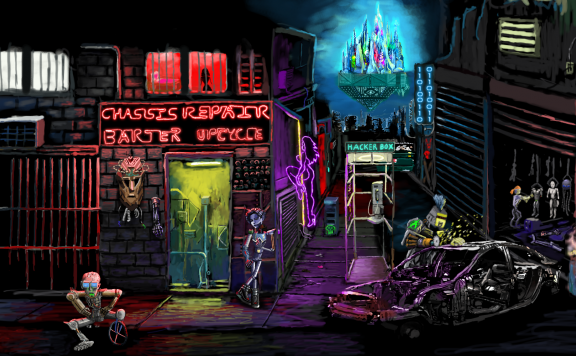 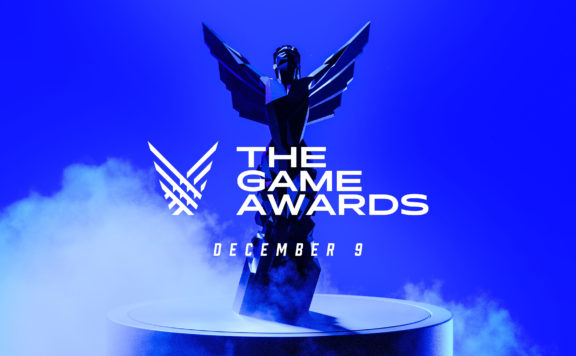