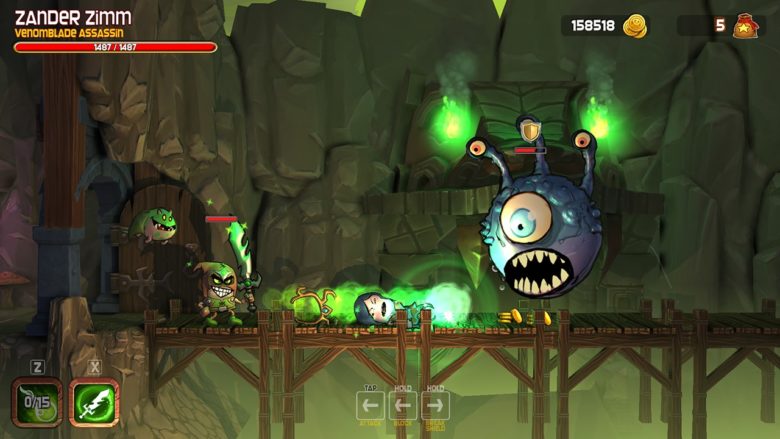 Late last week the hack-n-slash dungeon crawler Dungeon Stars hit early release on Steam so I decided to jump in and check out what this game has to offer. Dungeon Stars really epitomizes the idea of gameplay which is easy to pick up but has a lot of nuance to it, and it’s incredibly fun to play.

Each dungeon is made up of separate levels where the hero is essentially doing a perpetual run which is only interrupted when you attack or block attacks. So as far as movement goes it isn’t a concern. Most of the time I was spamming the main attack (left arrow), which sounds like it would be sort of boring but honestly, it was oddly entertaining. The main challenge comes in with timing blocks and the hard-smash attacks. Both attacks cause some downtime which can open yourself up to taking a ton of damage and since there are very limited ways to heal during a level this can be a real problem. The real trick here is planning and getting your timing right.

In addition to the main attacks and blocks all the heroes get they also have two abilities which are bound to the Z and X keys. Depending on the hero these abilities are different. For example, the red hero’s Z ability is a berserker rage ability which causes him to enlarge and deal a ton of damage while the blue hero’s Z ability casts an ice block on enemies. All these abilities have long cooldowns associated with them so planning when to use them is key; particularly in the case of the ice block because it only works if it hits the enemies, so you must time it properly. There are also pets which can be rescued and equipped and they add an additional ability which can be used.

As you may have noticed I refer to each hero as red, blue, or green because they literally have those colors as their predominant attribute, but the colors also matter in terms of gameplay. For example, red is strong against green, green is strong against blue, and blue is strong against red and picking your hero poorly will vastly increase the difficulty of a given level. I could tell which to pick because in the dungeon lobby I could see little balls which represent the mobs in the level and they are all color coded as well. Most of the time the boss on a level was the same color but on higher difficulties, they will be a different color. This isn’t too much of a big deal since heroes can be swapped in the middle of a level, but it is something I regretted not paying attention to at first. 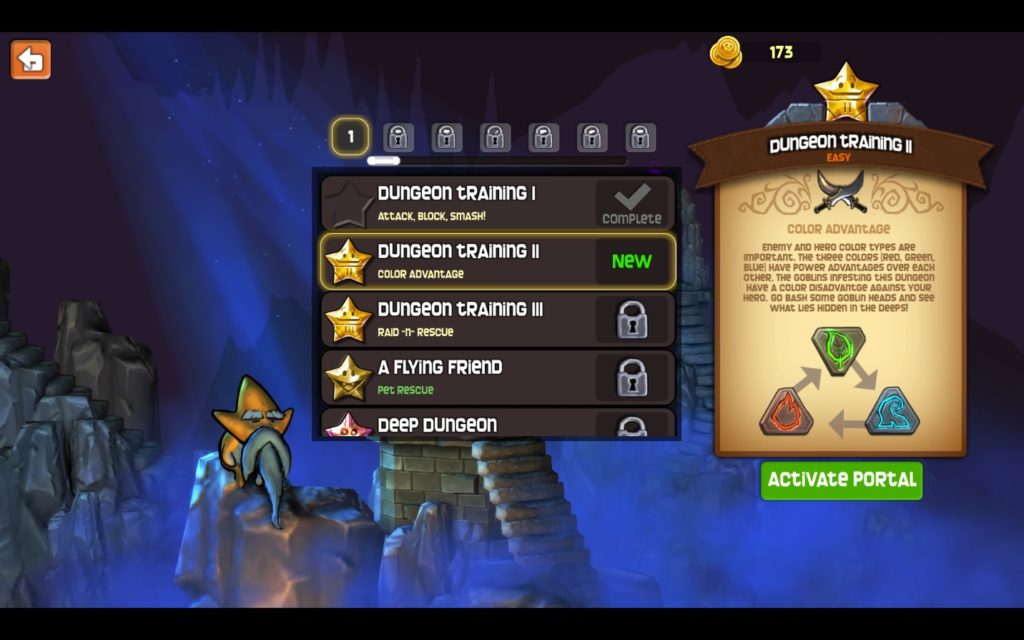 Since this game just entered Early Access I did expect there to be some bugs or things not working quite right but I had no issues at all in my time playing. It seems like right now only in the introductory levels are in but it’s a few hours’ worth of gameplay at least. There are also other systems like special unlockable star dungeons (which you have a limited amount of time to start but can finish at your leisure), a levelling and gearing system for the heroes, and a shop system. Seriously there’s a lot going on in this game already and I had a blast playing it. Anyone who likes perpetual runners and hack’n’slash games should check this one out. 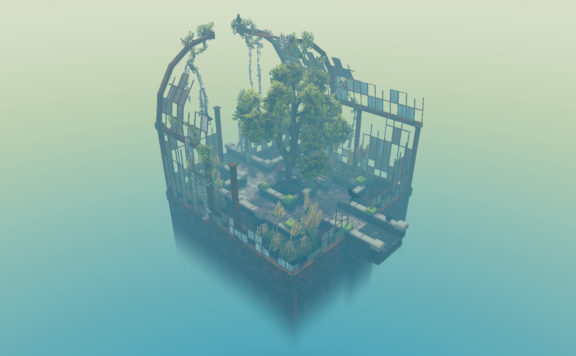 Late last week the hack-n-slash dungeon crawler Dungeon Stars hit early release on Steam so I decided to jump in and check out what this game has to offer. Dungeon Stars really epitomizes the idea of gameplay which is easy to pick up but ha...
0
Average User Rating
0 votes
Have Your Say!
Your Rating: 0
Submit
Write A Review