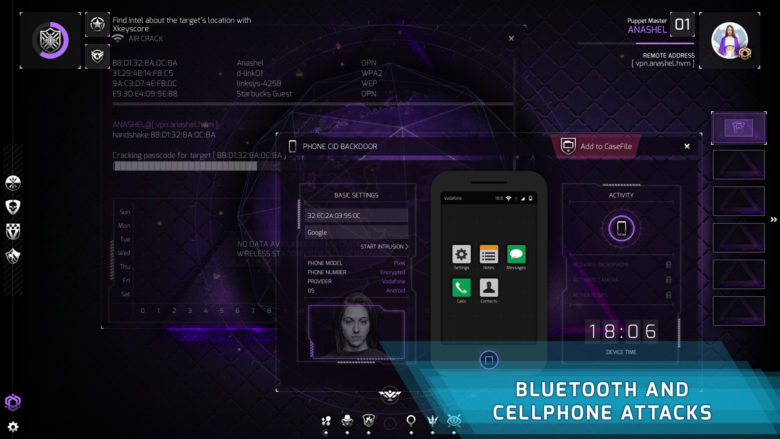 Alice & Smith have released a brand new demo for its upcoming adventure strategy game, NITE Team 4. The demo allows players to take part in a cyberwar to prevent cyber catastrophes. Players will, according to the Steam page, “learn realistic hacking techniques to become a fearsome hacker”.

Here are some of the features:

If you’ve ever been intrigued by the power of hacking into criminal organizations, this game is for you.

NT4 is the most realistic military hacking simulation to date. You are a Cyber Operation Specialist from a secret military organisation and you will use military like hacking tools to perform your duty. Through the first chapter of an immersive and realistic coop campaign, you will use an advanced hacking suite (the Stinger OS) to fight in a cyberwar against powerful enemies. In between the story assignments, sandbox “theaters” offer a variety of side missions in addition to the always available community “hive mind”.

The game is brought to the world by the same team as developed Black Watchmen.

Written by
Suzie Ford
Suzie is an avid gamer and has been since 1995. She lives in the desert with her own personal minion while dreaming of pixel worlds beyond Earth.
Previous ArticleSpace Hulk: Deathwing Enhanced Edition ReviewNext ArticleMario + Rabbids: Donkey Kong Adventure Coming This June!