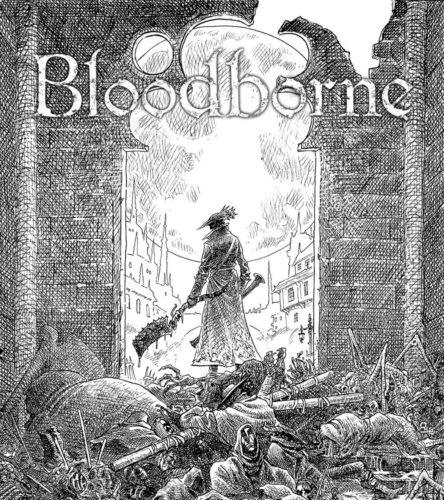 Titan Comics announced that due to incredible fan and retailer demand, the first print of Bloodborne #1 has sold out at the distributor level and is heading back to the paper mill for a second printing.This second printing will also feature a special black-and-white variant of Jeff Stokely’s (The Spire) cover A from Issue #1, this new printing is due to hit comic shops the same day as Issue #2 on Wednesday, March 28, 2018. If you’re still on the fence about buying the seconding printing because you didn’t get in on the main floor when issue #1 originally came out you can read our review here to help you decide as well as a look at the variant cover below!

Titan Comics’ brand manager Chris Thompson had this to say:

“We’re so excited to see the swift and enthusiastic response to Bloodborne #1. Comic fans have embraced the popular team-up of Aleš Kot and Piotr Kowalski, while gamers have embraced the opportunity to experience the world of the Hunter from a fresh perspective. FromSoftware’s tireless support has meant the right people found it and are wanting more! By rushing out this second-print of issue 1, those who missed it can still grab a copy alongside issue 2.”

“We couldn’t have hoped for a better reaction to our Bloodborne series!. The creative team has poured their sweat, tears and plenty of blood into this series, and I think the results speak for themselves! Delighted the hunt can begin again!”

In Titan Comics’ new Bloodborne series entitled “The Death of Sleep” – written by Aleš Kot (Generation Gone, Zero, Days of Hate), with art by Piotr Kowalski (Wolfenstein, Dark Souls) and colorist Brad Simpson (Kong of Skull Island) – a nameless Hunter awakens in an ancient city where horrific beasts stalk the shadows and the streets run slick with the blood of the damned. Seeking an escape from the endless Night of the Hunt, the Hunter embarks upon a dangerous, gore-filled quest with the hopes of ending Yharnam’s twisted endemic. 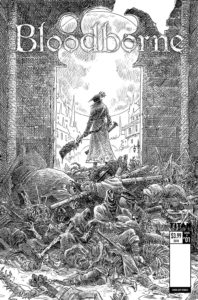 About Bloodborne The Video Game

The Bloodborne video game series debuted on PlayStation®4 in late March 2015. As announced at the SCEJA Press Conference 2015, Bloodborne went on to sell more than 2 million copies, as well as expanding the game world with an expansion DLC, “The Old Hunters” which launched on November 24, 2015. Nominated for eight Golden Joystick Awards, the blood-chilling video game won “PlayStation®4 Game of the Year” and “Best Original Game” in 2015’s Golden Joystick Awards.

Written by
Scott Jeslis
Scott is a comic book, music and gaming nerd since the late 70s. Gaming all began on the Colecovision and Atari 2600. He buys and reads new comics every Wednesday from his LCBS and helps run an online Heavy Metal radio station.
Previous ArticleTorn brings a beautiful mystery to VR this springNext ArticleAsobo Studio Will Unleash Rats In A Plague Tale: Inquisition 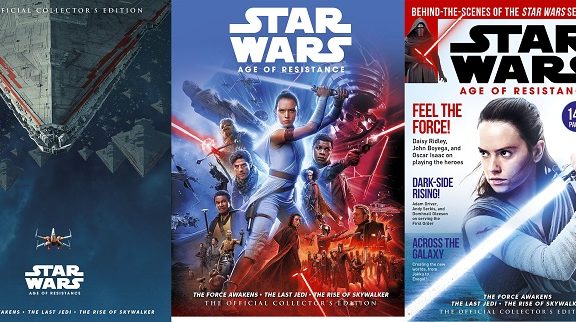