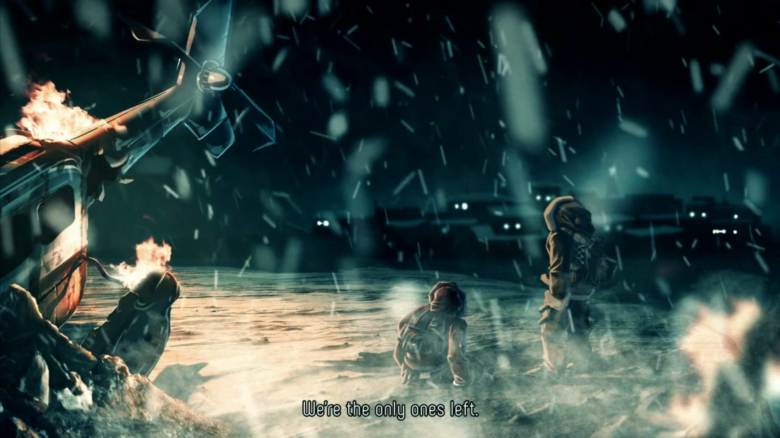 Death encircled me as I crept closer to the door.  My stomach ached from lack of food and I hadn’t slept in what felt like days.  Just moments from death I entered the doorway into a cold and dark room.  With several afflictions needing attention, I found yet another door that could be my salvation.  As I approached the door, I found it to be locked.  “Should I fumble with my key ring or break the door open with a crowbar?” I asked myself.  I died before I could make a decision. This is our Distrust review.

Distrust is an isometric rogue-like strategy-survival game created by indie developer Cheerdealers and is set in the frozen Arctic. My first foray into the Arctic as part of a rescue team sent to aid an exploration team did not go anything like I had planned.  After a simple and completely voluntary tutorial, I felt I had enough information to make my way through the treacherous, icy landscapes.

The basics are as follows: Find shelter, stay warm, keep the lights on, explore the shelter for supplies, and don’t antagonize any of the mysterious glowing orbs as you discover alien artifacts, all while you uncover their mysterious origins and make it through to the next outpost.  Doesn’t that sound simple enough?  Unfortunately, the tutorial doesn’t really touch on that last part.

Distrust has two difficulties.  Adventure mode, which allows you to unlock only two of the twelve locked characters while also limiting the number of achievements you can obtain, and Trial mode, which allows you to unlock all characters and achievements. Adventure mode is recommended for beginners while Trial mode is, and I quote, “For the courageous of heart only!” 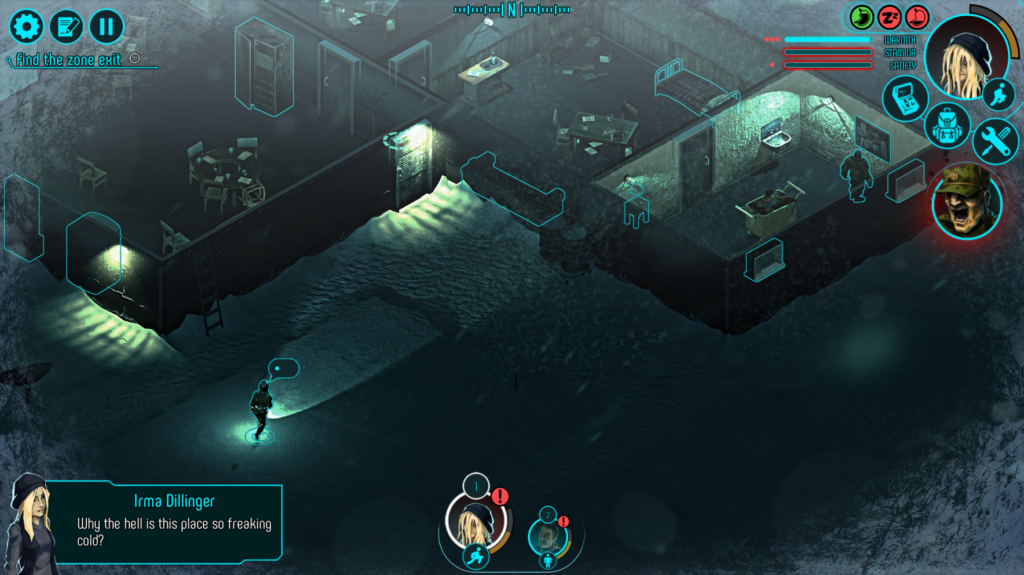 I can’t confirm how courageous my heart was the first time I began Trial Mode.  You have the option to select two of the three starting characters, each with their own benefits and shortcomings. James Abrams has a high resistance to cold but he has a slow walk and run speed, while Irma Dillinger has a reduction to the hunger mechanic that allows her to drudge on without getting hungry as often and she has moderate cold resistance.  Olaf Henderson starts with a gas can to fuel up to three generators and needs fewer planks for furnaces to generate heat.

Once you load into the first zone you’ll find yourself prone on the ground from the helicopter crash.  The game nudges you in the direction of the nearest warehouse.  The user interface, in general, is fairly simplistic.  If you’ve played an isometric style game within the past decade, the controls and basic navigation should be second nature to you with one huge caveat.  While you can use the spacebar to pause the game, you can’t preload any character directions apart from managing your inventory.  This became problematic for me as I progressed, as I had to un-pause the game to issue commands, such as “open this door” or “search this cabinet.”

While that may not seem problematic, every second the game is in motion is a second you are losing one resource or another. Setting up a valid strategy between two characters only gets exacerbated the more characters you have on screen to worry about.  To be effective with time management required me to pause often, utilize the map to jump from character to character, start the game again, issue my command, and then return to a paused state.  This can get somewhat cumbersome in nature.

Luckily for us, Cheerdealers throws us a bone by allowing for bag space to be shared among all characters.  So for example, if Irma is hungry and James finds some food halfway across the map, Irma can still eat it without having to find her way back to him.  Speaking in terms of character management, there are three attributes you need to manage for your characters.  There is Satiety, which is your hunger, Warmth, which is how warm you are, and Stamina, which is how much rest you’ve had.  Low levels of any of these can cause afflictions that can range from a simple cold to hallucinations, to colorblindness and the longer you go without attending to them the more afflictions you’ll have to contend with. 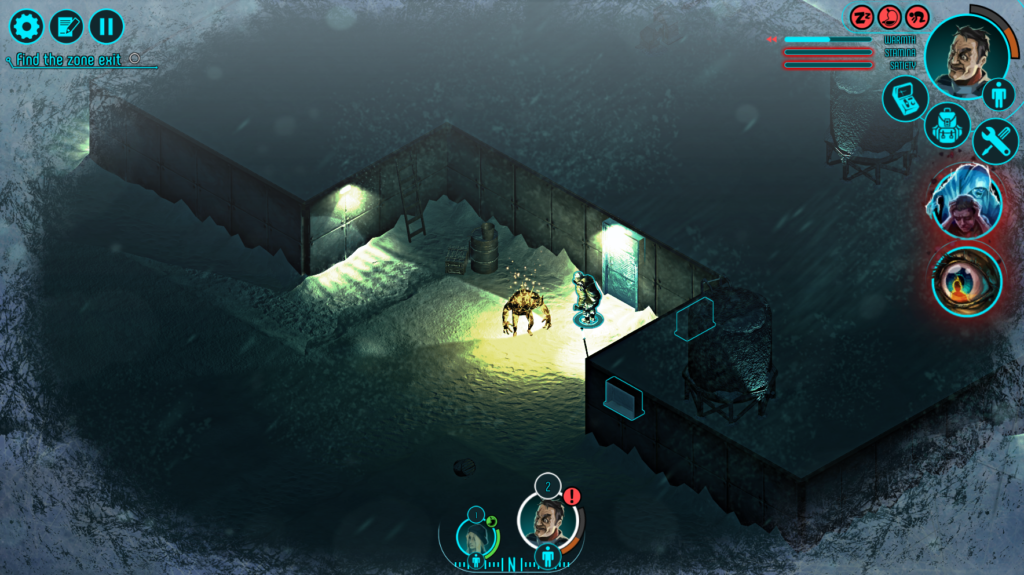 At one point my lack of sleep caused me to hallucinate turning my fellow rescue team member into some strange glowing monster, and it actually gave me an option to attack them.  The only way to remedy this condition was to find a bed and sleep it off, which comes with its own set of problems.  Every time you fall asleep you run the risk of attracting glowing orbs that initially just wait outside while you rest, but in the event you get near them they begin to harm you.  As you progress into the other zones, these orbs get more varied and brazen.  You’ll have orbs opening doors and coming in after you, and each of them has their own weaknesses you’ll need to exploit if you plan on surviving.

All of this transpires underscored by a repetitious melancholy melodic soundtrack which adds to the unfolding mystery before you. Visually, Distrust is as appealing as one could make the arctic, with lighting playing a big part in not just the visuals but gameplay in general.  As each zone is procedurally generated and new characters get unlocked as you go, there is a modicum of reasons to replay the game.  However, the game may not appeal to the casual player that is used to isometric RPGs.  Distrust is brutal by nature, even, in some cases, on adventure mode.  There are rarely if ever any “good” choices.  Food is often scarce, and there may only be one or two places for you to rest in each zone.  Managing each character independently and without the ability to “stop the clock” to issue commands intensifies the cruelty. In addition to that, you won’t find any fast paced action within these gated arctic zones.

As an indie game for a survival rogue-like fan base, Distrust doesn’t disappoint. It may not be for the “guns and swords” crowd, but what Cheerdealers accomplishes is a methodical test of strategy shrouded in mystery.  If you’ve found yourself in the past gravitating towards a more challenging survival experience with an interesting underlying story, Distrust is priced just right and shouldn’t be overlooked.

Written by
Steven Weber
Steven Weber is a writer, he also loves to game. He produces several streams, all of dubious fame. If you’ve ever wondered, “How does he spend his time?” It’s spent writing this biography and trying to make it rhyme.
Previous ArticlePlaying Hitman is Good for Your BrainNext ArticleWalking Dead: Our World Lets You Survive an AR Zombie Apocalypse