What happens when you mix Minecraft with Ark: Survival Evolved? You get PixARK. Welcome to the cubed world where you can survive against Dinosaurs, and build your house, and just have an overall good time. You start off with a basic character and try to tame the world. Join us as we explore our PixARK review.

From Developer Snail Games USA and Publisher Snail comes a hybrid survival game that will give you feels of Minecraft and Ark. It was originally released for Windows with single and multiplayer modes, and now it has evolved to a game on Nintendo Switch, PlayStation 4, and Xbox One as well. So let’s go and explore the game. 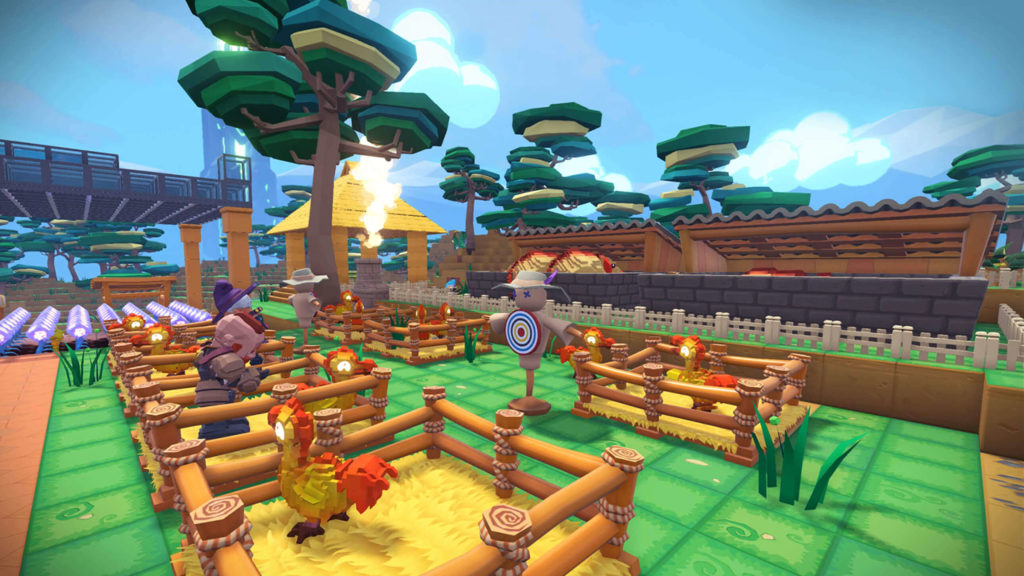 From the moment you launch the game, you have this feeling of wow this is Minecraft. Once you begin playing the game you will definitely see the Ark gaming model built inside. You have everything from your character leveling system, to the crafting system with engrams, to building huts and boats in the world itself. Personally, I have played a lot of Minecraft in the past as well as some Ark, and I love what they were able to accomplish with a pixelated world. This review is based on the Switch copy and I will tell you a few things. Playing this on Switch would be difficult if not for the ability to use your touch screen. When you try to move around the menus with the D-Pad you will notice that your selector does not always go where you want it to. This can get very frustrating from a first playthrough perspective. Being able to tap the screen is a good decision on this system.

So, similarly to Minecraft, you can dig the ground out and use it if you wish. I spent some time building dirt huts to keep the creatures away until I figured out all of the controls in the game. Buttons you would have thought would be menu, attack, scavenge, were definitely not. The triggers on the Switch control your attacks and your ability to switch quick menu buttons while playing. These controls do take some getting used to if you are used to playing on the PC version.

The building system is the same as it is in Ark. You have to harvest thatch, leather, wood, stone, and whatever other materials you will need to begin crafting. You can craft your basic clothes, houses, boats, and all sorts of pieces to figure out what you want to do. The block construction works well for the pixelated world. The amounts of materials you need do not seem to have changed from one game to the next, so you should still be good there if you know about all the mats you need. The same is true for the number of engrams that you need to spend to move into your other branches for crafting. 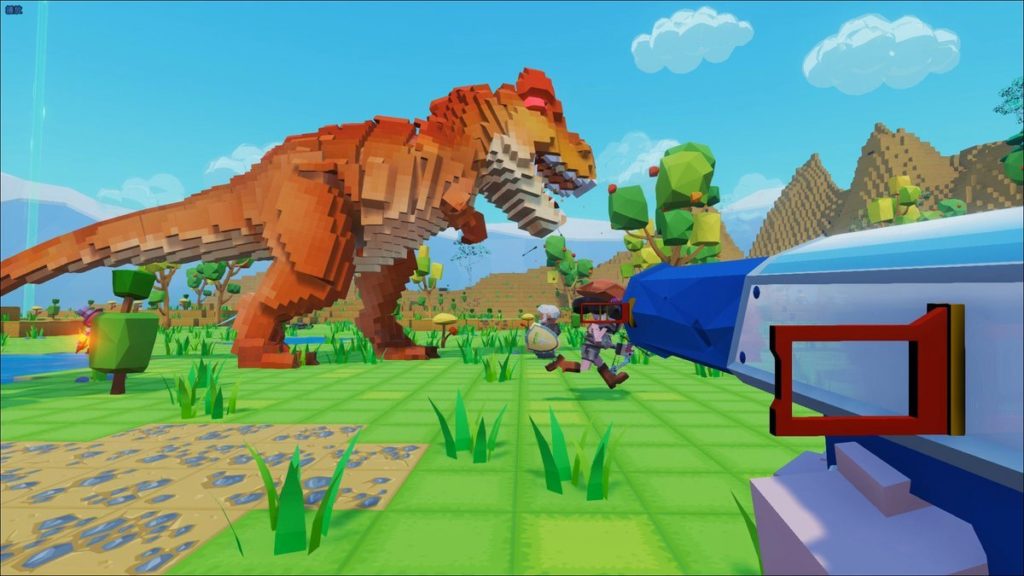 It is still essential that you gather and cook food, such as berries, meat, and water. You still have all of the dietary requirements to survive in the game. If you get hungry with no food, you could slowly begin to die like in Ark. It makes it a very graphically non-intense version of the game with the same need to live. It really makes it feel like you might be able to let a kid play this.

Tags: PixARK, switch
Summary
Overall, PixArk is a very graphically friendly version of Ark, and it is available on Nintendo Switch, PlayStation 4, Windows, and Xbox One. It is available now for $24.99 USD, which is a good price for someone that doesn’t want to pay too much money for a new version of a game they already have. If you are down with pixelated Ark then go for it and spend the money. I feel it was a very fun port of a game that I spent a little bit of time with.
Good
Bad
8
Great

What happens when you mix Minecraft with Ark: Survival Evolved? You get PixARK. Welcome to the cubed world where you can survive against Dinosaurs, and build your house, and just have an overall good time. You start off with a basic charact...
5.7
Average User Rating
8 votes
Have Your Say!
Your Rating: 0
Submit
Write A Review
Genre:Multiplayer Game, nintendo switch, PixARK, Pixel Game, playstation 4, Snail, Snail Games USA, Survival, xbox one