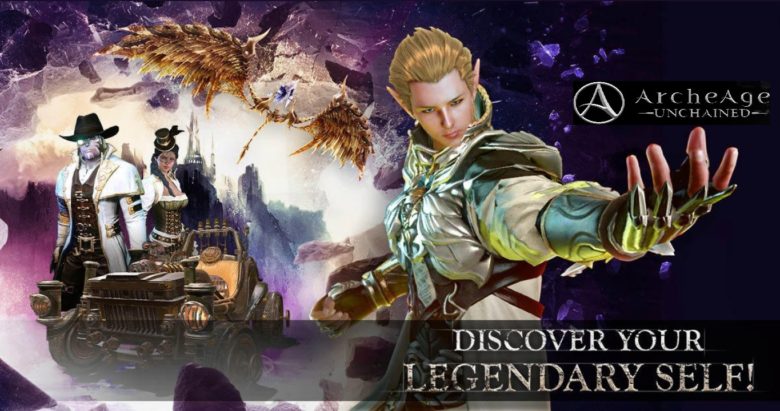 As I sit down to write this, the character reservation for the Founders Edition purchasers of the upcoming MMORPG ArcheAge Unchained was supposed to begin. Instead, about twelve hours prior, the community received word the reservation was being delayed until the following weekend. Citing ongoing issues with the login server as the primary reason for the delay, the forum post simply states Gamigo wouldn’t have the client ready in time to give all players a fair chance to download and install the preload needed for character creation and name reservation. The primary purpose of creating AAU is to address the community outcry centered around the pay to win aspects of ArcheAge, and this isn’t the first delay arising from Gamigo’s efforts to give players an even playing field. The first delay pushed the opening of the public test server, and subsequently the official launch of AAU, back by two weeks to give the team a chance to address some last minute concerns about lingering pay to win features still present in the new title.

The public test server (PTS) opened up to Founders on October 2nd and it was my hope I would be able to spend the last few days checking out the new changes coming with ArcheAge Unchained and then give you a quick report on what you could expect to see at launch, followed by a full review after the official release later this month. As with any game preview, and especially with an MMO, things haven’t gone so well since the test server opened up. With a player base that will be spread across multiple servers all trying to access a single test server, the queue has been extremely long. The login issues have been compounded by server instability and resets, making it extremely difficult to access the game. This isn’t a head start period for players who pre-purchased the game (grab some popcorn and check out the ArcheAge Discord to see a live debate on this) but is instead a test period to identify these exact types of issues so they don’t happen on launch day. I did my part by testing the login server many, many (oh so many) times. After the first couple of test days being a complete wash for me, I have finally been able to get a little time in the game. So enough with the blah blah blah, let’s get on with what you really want to know – what does ArcheAge Unchained have in store for you when it launches later this month.

ArcheAge Unchained is, like the original ArcheAge that released back in 2013, an open-world MMORPG with all the trimmings. Though there are some tweaks, additions, and deletions coming with the 6.0 update (which AAU is based on) the base gameplay in AAU will be familiar to anyone who has played ArcheAge in the past. It isn’t a complete carbon copy and a couple of big changes coming into the game are enhanced graphics and a new skill tree, the Swiftblade.

The graphics improvement is first noticed at the character creation screen. You have six races split among the games two factions to pick from. All races have both male and female models, with all six starting skill sets available to everyone. Once those choices are out of the way, there is a myriad of sliders to adjust as you individualize your characters look. The enhanced graphics make the time spent in the creator well worth it.

As you enter the game proper your first handful of levels will fly by as you work through the tutorial quests. The flexibility I had in pairing my race to my first skill set continues here. There are a total of twelve skill sets in ArcheAge Unchained, and by level 15 you must choose two more to complete your class. Not all classes are equal but your final decision isn’t set in stone, so feel free to experiment to find a combination of skill sets that suit your play-style. Many of the skills can be used to create combos, where skills further down your rotation are buffed by the skills used before them. No matter what your resulting class – there are over 200 unique choices – all weapons and armor are equippable. Each piece of gear comes with additional combat modifiers (clubs do additional damage against plate armor for example) so your choices once again add another layer to your character’s survivability and usefulness in combat.

Speaking of combat, we are looking at some old fashioned tab-targeting here. I personally find both action combat and tab-target have their strengths and weaknesses, so as long as AAU does it well tab-target combat isn’t a negative, but your own personal opinion on the matter may be different. I haven’t made it too far into AAU, but so far the targeting is working just fine. One nice touch is the animations as my dwarf attacks. He doesn’t just stand there flat-footed while swinging away. Instead, each swing of his sword has him jumping and twisting. It adds weight to the attacks, making them much closer to action combat movements than the typical tab target swipes.

There is a lot of player versus player action for those looking for it but ArcheAge Unchained also offers a bevy of PvE as well. There is guild vs guild combat in Castle siege, and world bosses are in highly contested areas. Naval battles (yes, there are ships) are a constant theme and you can even go pirate to attack trade ships of both factions. And of course, you can just run around randomly killing other players. All low-level areas (lvl 30 and below) are safe zones, and even some of the contested zones will have times of peace. Dungeons can be found across all stages of character leveling, and there are even end game dungeons and raids. Some of the PvE content is located in contested areas, so avoiding PvP all together is pretty difficult.

For anyone looking for a more docile life in AAU, there is housing, farming and crafting to keep you occupied. Land plots for housing are not instanced and some areas are highly sought-after. The land grab for AAU – the mad rush where players race to acquire their favorite plots – will take place the first Saturday after launch when housing first becomes available. You must pay taxes to keep your land, but other players aren’t able to grief you on your own plot. Land, which can also be used to farm materials, comes in multiple sizes, and there are even areas that allow for underwater farming!

Unlike other studios that have relaunched ‘vanilla’ versions of their MMO, virtually resetting the game back to its initial launch condition, ArcheAge Unchained is set to release on October 15th with all current content intact, including the Shadows Revealed update that is set to hit the original game alongside AAU’s launch. What AAU won’t have is a patron subscription service or in-game cash shop full of pay to win items. No, I didn’t say there wouldn’t be a cash shop. You will still be able to part with your hard-earned cash but this time around the boost potions and labor regen increases are gone.

Just how far is Gamigo going in an attempt to level the playing field for all players? To start, the Founders packs don’t even offer any head start time, just the ability to access the PTS for the chance to get a sneak peek on the incoming changes to the game. Just like any possessions already owned in ArcheAge, the characters on the PTS will be left behind when starting your new life in ArcheAge Unchained. Also gone are Apex Coins. In ArcheAge, these in-game items can be purchased with real-world money and then freely traded with other players. When consumed, the player is granted Credits which in turn could be used to purchase a wide array of items from the marketplace. The absence of Apex in ArcheAge Unchained effectively removes the ability to use real-world cash to avoid much of the grind a F2P user would encounter. If that isn’t removing pay to win from AAU I don’t know what else could be done to appease you.

Should You Play AAU?

Unless you just can’t wait until the 15th (or possibly later if there are more delays) I would recommend waiting until ArcheAge Unchained officially launches to give it a try. The difficulty I had of actually making it past the login screen to play on the test server is only going to be multiplied with the PTS being open to the masses on the 7th (again barring delays). A better path for anyone wanting to get an idea of the style and content of AAU is to their liking would be to check out the free to play ArcheAge since most game mechanics will be the same. Or, just check back over the next few weeks as we go hands-on with AAU and provide a deep dive into the game through our multi-part review. Until then, make sure to leave any questions below and I will make sure to hunt down the answer for you. 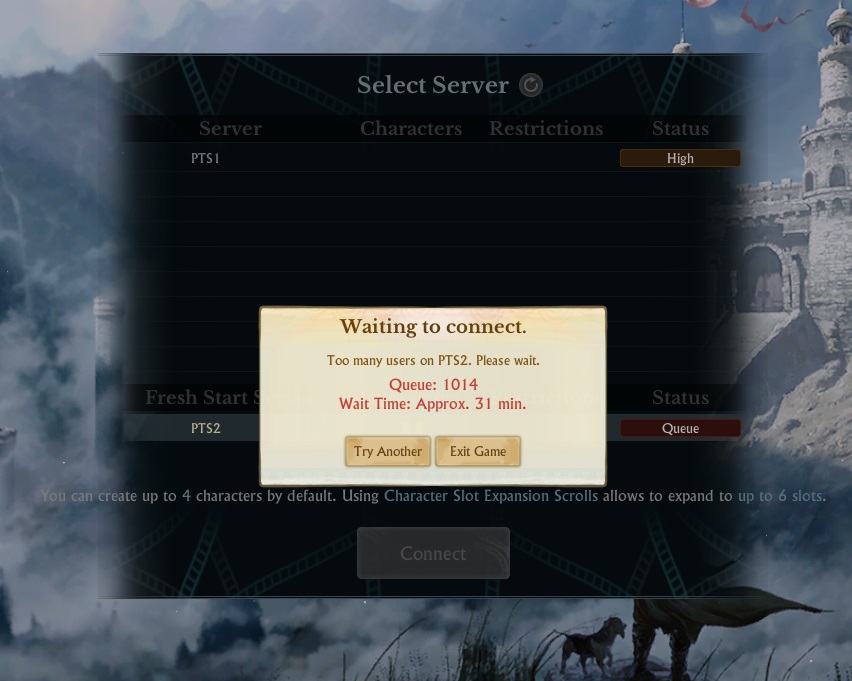 Written by
Mitchell Gassner
Old enough to have played retro games when they were still cutting edge, Mitch has been a gamer since the 70s. As his game-fu fades (did he ever really have any?), it is replaced with ever-stronger, and stranger, opinions. If that isn't the perfect recipe for a game reviewer, what is?
Previous ArticleKabam announces MARVEL Realm of ChampionsNext ArticleSteelSeries Arctis 1 4-in-1 Wireless Headset Review 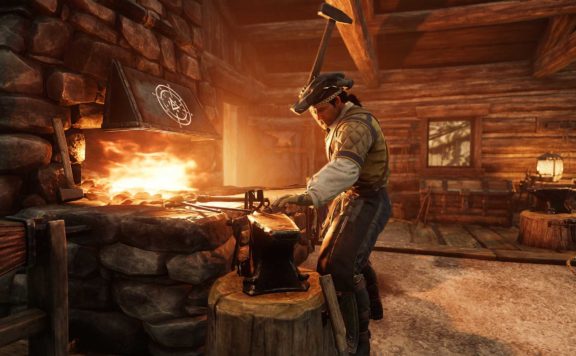