This is the second and final part of a two-part series for our Persona 5 Review. If you haven’t read part one yet, check out our early impressions here.

Persona Studio has once again delivered an RPG with heart, and depth, and more that its fair share of panache. Persona 5 is a game that challenges the conventions laid down by other RPGs and replaces them with its own. It is mechanically rich but easily accessible, deep but not overwhelming. Like the best roleplaying experiences, it reveals itself slowly, peeling back the layers on its many characters and freeing you up to explore its relationships. This is an RPG that justifies its exceptionally long playtime; it invites you to get lost, and with half a chance, you will.

A Phantom Thief That Doesn’t Neglect His Social Life

After reading Part One of this review, it should be clear that there are some amazing, and amazingly dark, things happening in Persona 5. By day, you’re a student attending an academy in Tokyo. By night, you’re whisked off to the Velvet Room in prisoner’s rags for discussions of fate and your own calamitous destiny. This alternate reality extends into the lives of those around you, too. Men and women whose perceptions have become twisted build up palaces where they’re the ruler and their perceptions have become reality. Redemption is only possible when their most coveted possession, their “heart,” is stolen out from under them, so when the need arises, you’re also the leader of the Phantom Thieves of Hearts, a trickster, on top of it all. Life is complicated, man. 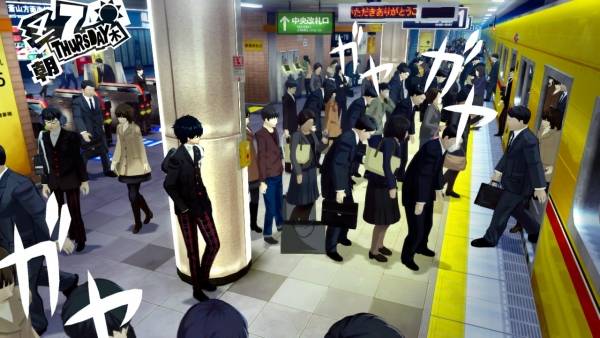 The brilliance of the Metaverse construct only grows the more time you spend with it. Since palaces are built within the minds of their creators, people you also come to know in real life, it’s a wonderful character building exercise. As a gameplay mechanic, it allows for a wide variety of settings and mechanics. Seeing a new palace for the first time is thrilling because there are no bounds on what might be in store. Your first journey involves a literal palace, but others have you jumping in and out of paintings, running through mazes, and looking down on entire cities. Connecting it all is the underworld subway system of Mementos, where you run around in a cat-made bus taking on optional side-missions to grind out levels and delve a little deeper into the periphery of the story.

Even more striking is just how effectively Persona 5 gamifies and essentializes downtime. You’re not just a reality hopping hero, you’re a teenager. That means that reading books, watching DVDs, listening to music, and spending time with your friends are things you can’t live without. The world is littered with activities that boost social stats like Knowledge, Guts, or Charm and open up new dialogue options and activities in the social world. Like most things in Persona 5, it goes deeper than that. Reading books about locations in Japan opens up those locations to travel to and boosts your knowledge. Grabbing lunch with a buddy might increase your Confidant rank, giving you a new ability to use in the Metaverse. The social game is so interwoven with the fantastic that it never feels arbitrary to do arbitrary things.

A Familiar Feel for a Fresh Adventure

When you’re in the thick of it, scouring palaces, avoiding or ambushing enemies, and using your third eye ability to locate hidden treasure, the familiarity of Persona 5’s gameplay makes it incredibly easy to give yourself over to the experience. Everything feels natural when you’re exploring, and one button stealth with blink-like teleporting makes navigating in stealth fun. I never got tired of sneaking up behind enemies only to “ambush” them for a free first attack. Palaces are huge and well-planned out, with pathways that aren’t at first obvious and treasure that doesn’t stand out. Third Eye is Persona’s version of the Arkham series’ Detective Vision and works well as a means to keep you on the lookout. It’s not new but done well, except for the occasionally stubborn camera. 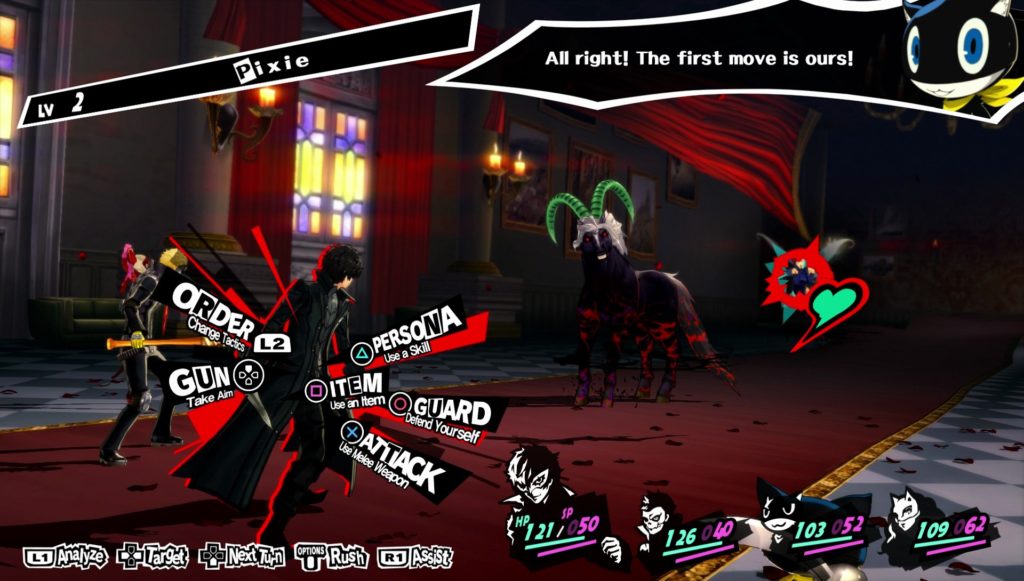 Turn-based battles take one a rock, paper, scissors quality through persona affinities, but the ability to kill off and fuse these creatures to create new, more powerful personas to level up makes them progressive in their own right. Collecting and crafting new personas is a huge part of the game, helped in part due to how visionary their character designs are. I wanted to combine new personas not just because the result would help me in battle but because I was excited to see what new creature would be born.

The new “1 more” and “Hold Up!” systems heighten the battle experience. When you strike an enemy’s weakness, they’re staggered until they’re next attacked. If you stagger all of your enemies, you begin a Hold Up where – at gunpoint – you can press enemies for money or items, or even to join you as a new persona. Being allowed to choose your reward is a pleasant change of pace from other RPGs where you’re left to the luck of the draw. You can also unleash an All Out Attack which usually ends battles in a silhouetted bloody flourish.

Persona skills use HP (health) or SP (mana), the latter can only be restored with rare items or by leaving the palace for the day. In cases like this, Rush Mode is a god send. In Rush, battles auto-play in fast forward using only melee attacks. When you’re done, another quick press uses your groups healing abilities to bring everyone back to form. It’s smart, slick, and eases a lot of the mundanity of the traditional JRPG formula. 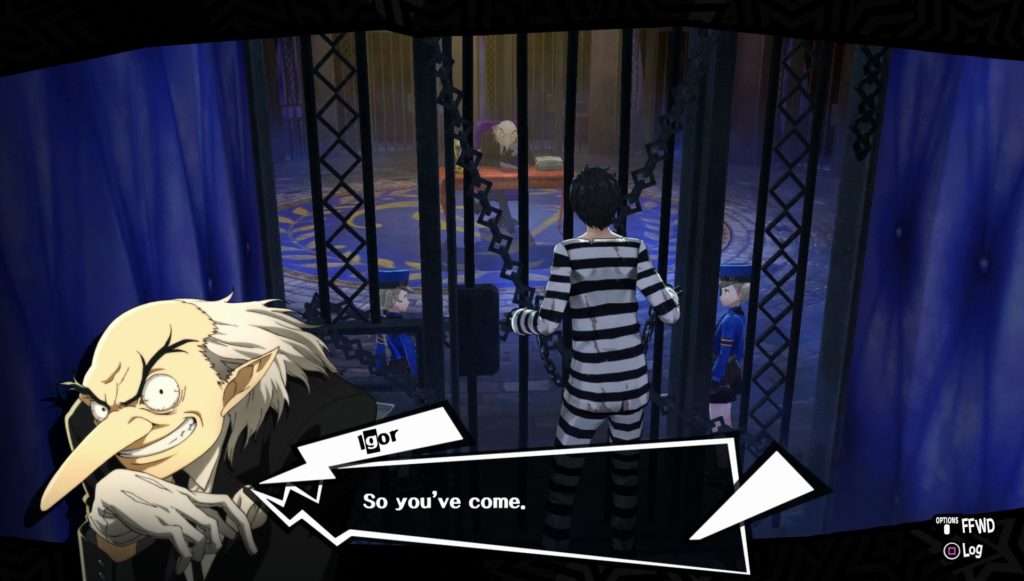 I could nitpick about small issues, like some textures that are painfully blurry or a handful of quirky localization issues. Those issues fade into the periphery, however. What doesn’t is simply this: Persona 5 is a triumph of game design that stands apart from other JRPGs. RPG fans owe it to themselves to drop what they’re doing and play now. You won’t regret it. 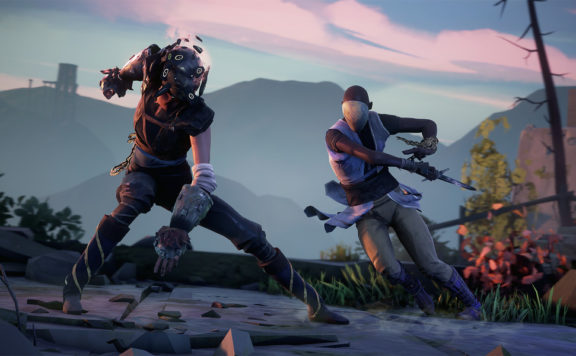 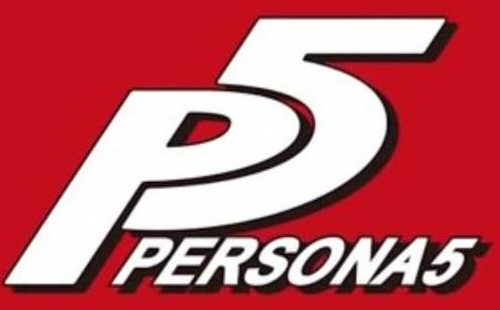 Persona 5 is a JRPG by Atlus. It was originally released in Japan on the 15th of September, 2016, for PS3 and PS4. The European release is April 4th. Persona 5 is the sixth game in Persona series and part of Megami Tensei franchise. The events of the game happen in the same universe as the previous titles of the series but are not tied to them in plot.
8.3
Average User Rating
10 votes
Have Your Say!
Your Rating: 0
Submit
Write A Review
Genre:JRPG
Rating:Mature
Developed By:Atlus
Publisher:Atlus
Modes:Single-player
Series:Megami Tensei, Persona