Bleed is a fun game, despite a name that might make you think it’s super gory and hardcore. It’s fast, frenetic, and oddly lighthearted. The tale of a girl named Wryn wanting to be the ultimate video game hero by taking out her idols, it’s not a long game. With just seven levels, even though you’ll die a lot, it’s still only about an hour’s worth of content packed into a budget priced product. This is our Bleed review for Nintendo Switch.

Bleed’s shortness is somewhat hampering my recommendation because even with varying difficulty levels, and different weapons to try, it’s still just such a short title that it’s hard to justify the $15 cost. Unless you really love side-scrolling shmups, this one may not be for you. That said, Bleed’s gameplay is on point, even if its length is lacking. Jumping all over the map, slowing things down in bullet time, and using your preferred weapons to take on foes makes for a really good time. And like, all good shmups, it’s also very hard. Even on the lowest difficulty settings, you’re going to have a tough time. 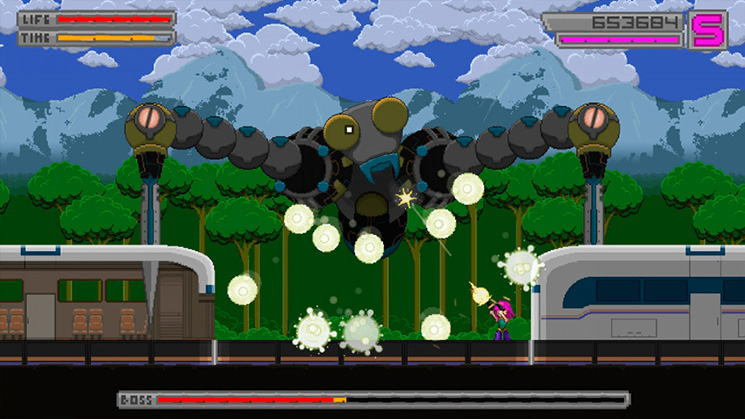 But death isn’t a punishment, just an excuse to try again. Enemies and levels are set, so learning how to best approach each situation is usually more than enough to get you through to the boss of each level. And what’s cool is that as you unlock Bleed’s levels, you can go back and select them each based on which ones you want to try and best your score on. The UI shows Wryn’s “checklist” of heroes to kill that will make her the ultimate videogame hero, and she crosses them off as you take them out. Pretty cute and ingenious way to keep track of your progress, really.

In the end though, Bleed does what it sets out to do: it entertains and it offers fast, furious, and difficulty shooting and platforming. It’s a good game. It’s just too short for my tastes. Bring on Bleed 2, and let’s get nuts, Wryn. It’s not much to write home about visually, but in the world of Indies, it’s the gameplay that really counts and Bleed nails that part. 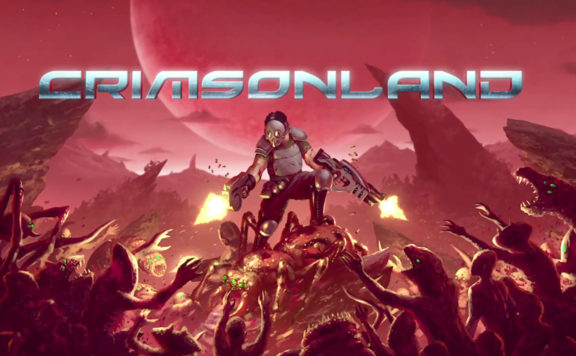 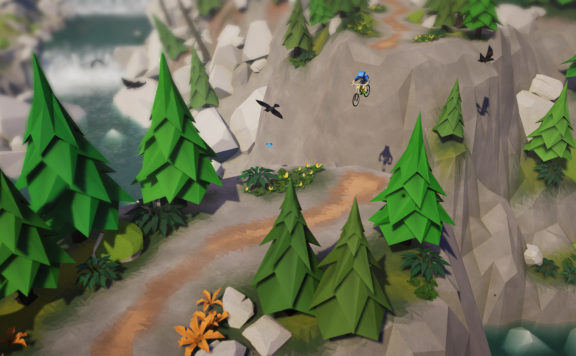 Wryn is a girl with a big arsenal and big dreams -- she wants to be the ultimate videogame hero! Help her take down the Greatest Heroes of All Time in an action-packed bid to claim the title for herself and show the world what a true hero looks like! Bleed is an action-platformer focused on stylish, acrobatic dodging and fluid, challenging gameplay. There's no filler -- just you and your skills against seven levels of enemies, obstacles, breakneck set-pieces and inventive bosses! Key Features:
0
Average User Rating
0 votes
Have Your Say!
Your Rating: 0
Submit
Write A Review
Genre:Platformer, Shooter
Rating:Teen
Developed By:BOOTDISK REVOLUTION
Publisher:Digerati
Modes:2P, Co-op, Single-player
Engine:Unity