The Mummy Demastered shouldn’t be good. It’s essentially a movie tie-in game to a failed Tom Cruise blockbuster (I’ve not seen the film). But unlike most movie-based games, The Mummy Demastered has soul, identity, and the nerve to echo one of the greatest side-scrolling adventures of all time – Metroid 2. While your nameless military soldier (or soldiers, as you’ll find out)  is no match for Samus Aran, The Mummy Demastered turns out to be a fully capable Metroidvania game with a twist of its own. This is our Mummy Demastered review for the Nintendo Switch. 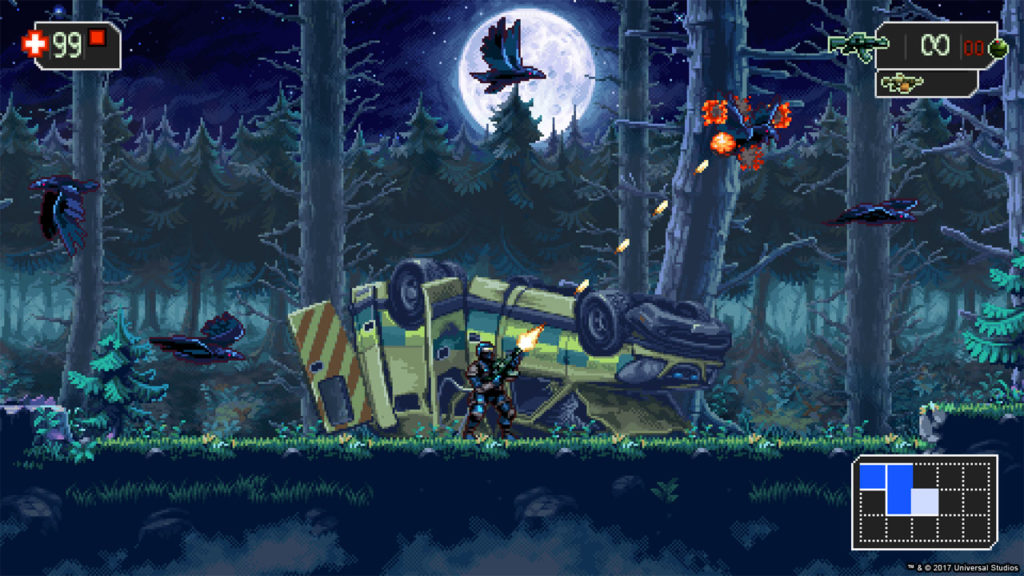 You see, every time you die in the Mummy Demastered, you leave behind your corpse to be controlled by the Mummy, and to get what you were carrying back with your new soldier, you first have to defeat your dead former self. This actually proves way more difficult than I expected, as your fresh new recruit doesn’t have the weapons your predecessor had. In fact, one of the game’s greatest strengths is also one of its biggest annoyances and difficulties. Die with a lot of tools in the wrong place, and you may just want to start over if the game’s early on. This is something I did when I was killed in a room that’s filled with flying dangerous bats right after getting grenades and an automatic assault rifle. Yeah… ouch.

In this way, TMD is kind of a roguelike Metroid, and it works surprisingly well. The 16-bit visuals and soundtrack are nostalgic fuel for childhood memories of SNES binging, and the challenge is welcome in an age of games that tend to let you get away with anything. Mind you, there’s no game-over here, so while you might have a hard time with your dead brethren and their beefed up ammo, it’s never really out of reach to get your gear back and pick up where you left off. It’s the wrinkle of fighting your dead self that makes the Mummy Demastered a bit like Grasshopper’s LET IT DIE, and I kind of dig it. 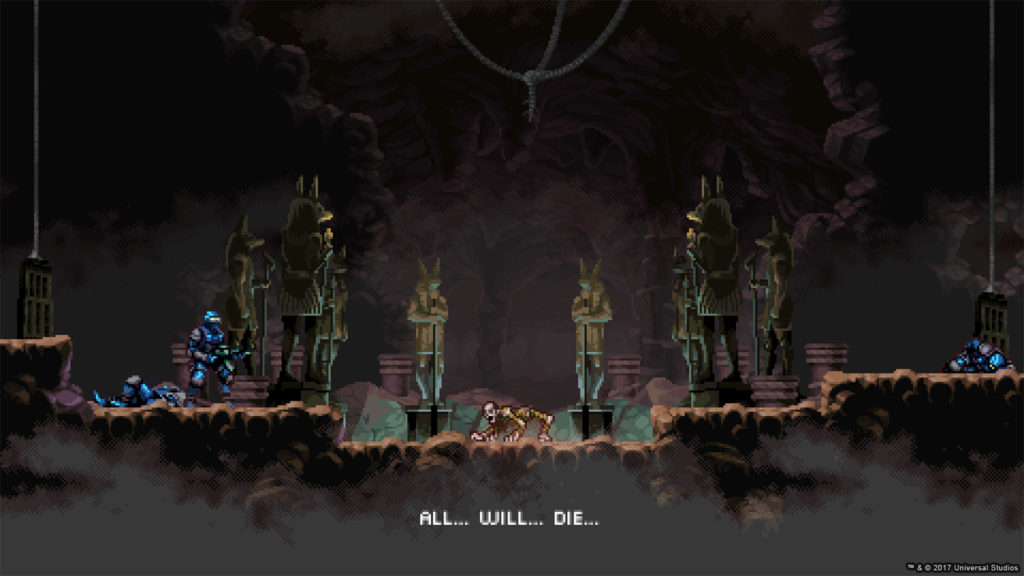 Controls can be a bit wonky at times, as you only have six directions of shooting, and I would have rather had the full range of movement afforded by the joystick on the Switch. Aiming, ergo, suffers at times, and the difficulty becomes in lining up that upper-diagonal shot just right.  If there’s any “bad” decision in the design, I’d lay it on this. But it is true to the era’s controls.

The Mummy Demastered is probably going to be, like all of WayForward’s games, a bit of a niche and cult classic. It’s a movie tie-in that shouldn’t be good, but is. I have no idea how it got made, but I’m super glad it did. And honestly, I now will probably rent the Tom Cruise movie. It won’t be as fun as the game, but it does have Russell Crowe as Dr. Jekyll, so there’s that. The Mummy Demastered is out today on PS4, PC, XB1, and the Switch. It’s $20, and that feels about right for the 10 or so hours you’ll get from this throwback adventure.

Note: Our copy was provided by WayForward for Switch. 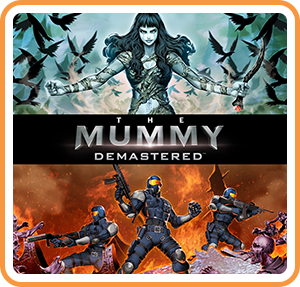 The Mummy Demastered centers around an ancient evil that has risen. It's up to you to once again save humanity. You'll find 16-bit retro graphics as you fight your way through hordes of undead in a non-linear, action-packed adventure.You'll explore, tombs, forests, abandoned tunnels and the terrifying streets of London. This is shoot-em-up action meets exploration-based adventuring at its best.
0
Average User Rating
0 votes
Have Your Say!
Your Rating: 0
Submit
Write A Review
Genre:Adventure, Shooter, Side-scrolling
Rating:Everyone
Developed By:Way Forward
Publisher:Way Forward
Modes:Single-player