As eSports and the competitive gaming scene have risen to the forefront of the public consciousness, gamers have pushed themselves to find every competitive advantage they can. While we all know that gear will never take the place of practice and raw talent, there’s truth and major benefits to investing in certain parts of your setup over others. One of those areas is audio. A capable sound system is able to provide a real advantage on the battlefield while also elevating your music experience outside of games. Because of this, upgrading your sound system is often one of the best investments a gamer can make outside of their PC itself.

Today, we’re looking at the Burson Playmate, a combination DAC and amp made to use with your PC. It features premium specs to please any audiophile and the kind of clarity pro gamers demand.

This is our Burson Playmate review. 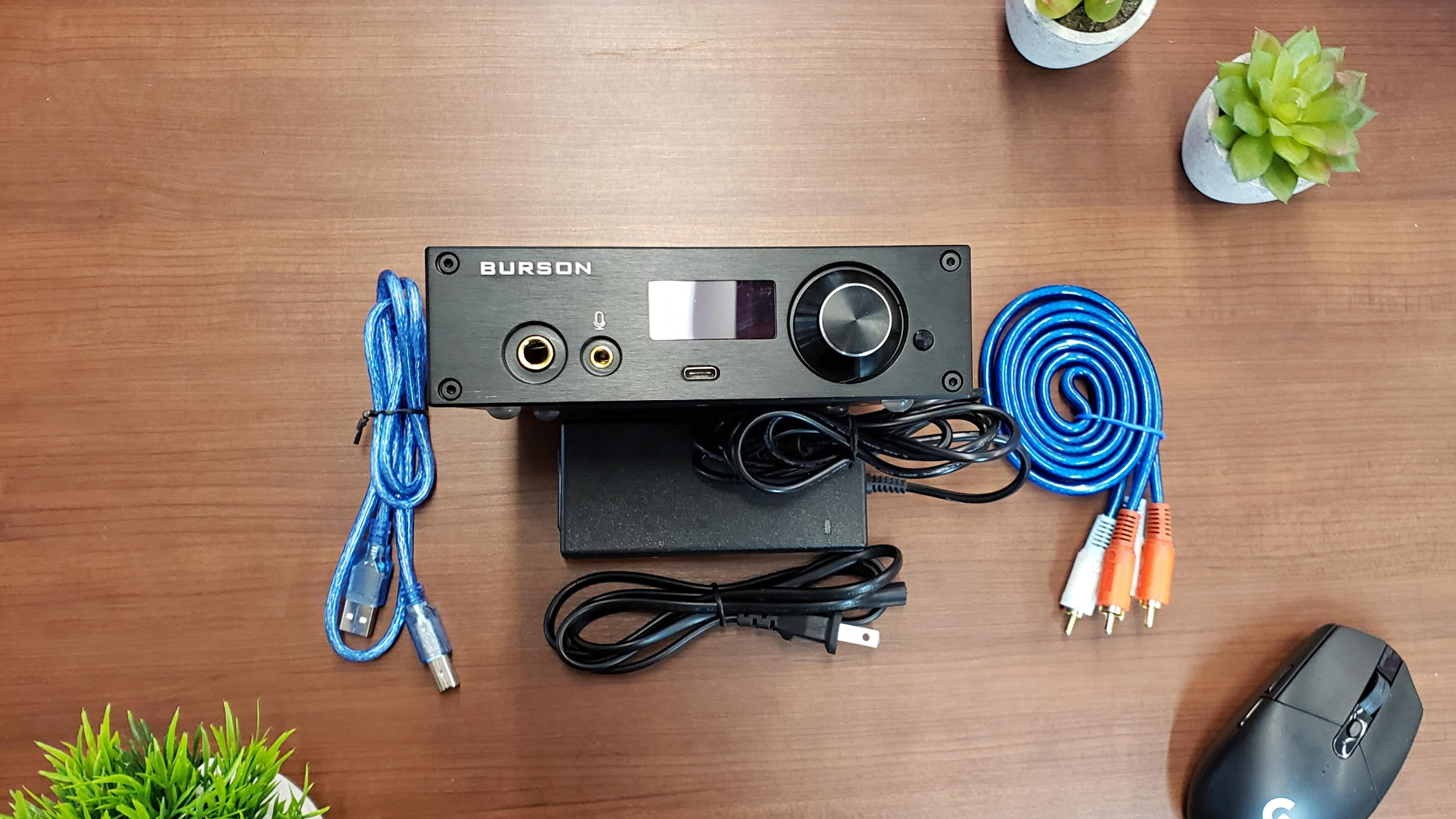 What is a DAC/Amp and Why Do I Need It?

A DAC, or digital-to-analog converter, isn’t something most gamers go looking for. Your PC has one built in, as does your smartphone. The role of a DAC is pretty simple on the surface. It takes the digital signal of your music and converts it to an analog output to vibrate the speaker cones in your headphones. As is often the case, the reality is often far deeper than the surface impression and not all DACs are created equal.

How well a DAC is able to convert sound depends on its resolution. This is considered through the bitrate and sample rate. The higher each of these figures, the better quality sound the DAC is able to produce. Many motherboards output at 16-bits, 192kHz. The Burson Playmate is exponentially better, outputting at 32-bits, 768kHz. It more than doubles the potential resolution of the average gaming motherboard, which means that it’s ready to play virtually any file, game, or piece of content to its maximum possible quality.

The Playmate is a hybrid device and also acts as a headphone amplifier. As the name implies, an amplifier amplifies the signal by providing more current to the headphones. Most headphones today do not require an amplifier for volume alone, but there are certainly some that gamers may be considering (such as Ninja’s DT-990 Pros). For these, the Playmate offers ample headroom with an output of 2000mW into 32 ohms.

If that’s completely foreign to you, it’s really as simple as this: the Playmate can drive virtually anything and have headroom to spare. In fact, it’s able to output so much volume that your average pair of 16-32 Ohm headphones become painfully loud beyond 60% volume or so. Others, such as the Sennheiser HD6XX are finally able to sound their best with that added bit of power and come into their own far more than even my expensive gaming PC can provide.

The thing to know is that even if your headphones don’t need the extra power, they’ll probably still sound better once they get it. After trying multiple pairs of headphones with the Playmate, I was surprised to find that even some low impedance earbuds (IEMs) became more open and dynamic. Since the Burson is able to provide a smooth power flow and not be pushed to its limits, I also found that most headphones sounded slightly cleaner, which brought out more details in what I was listening to.

There’s also a major benefit of taking sound processing outside of the computer altogether. When your computer is on, it’s a bit like an electrical superhighway. There’s (electrical) noise flying every which-way and no matter where you go, you’re not going to escape it entirely. Meanwhile, your humble little audio chip is telling every to pipe down. At the same time, the resources that chip has to work with are often being drawn to other places, which leaves him all around overburdened. Taking audio outside of the PC moves it completely away from that highway, gives that audio processor the very best tools to work with, and makes sure it always has exactly as many resources as its asking for.

Allow Past Chris to pipe up here for a second:

Future Chris, I hear you, but I don’t need any more volume and things sound fine to me now. Why would I ever spend that much on something like the Playmate when I seem to be getting by just fine?

Good question, and if you’re getting on fine, then no! If you’re happy with what you have, then you’re probably not in the market for a device like the Playmate. This is a device for people who want to take the next step up and isn’t for everyone – much more so than most products we talk about here.

The Burson Playmate is an enthusiast item. It’s made for people already sold on the benefits of high-end audio and are wanting to invest in making their setup as good as it can possibly be. If that sounds like you, read on and we’ll get to what the Playmate brings. 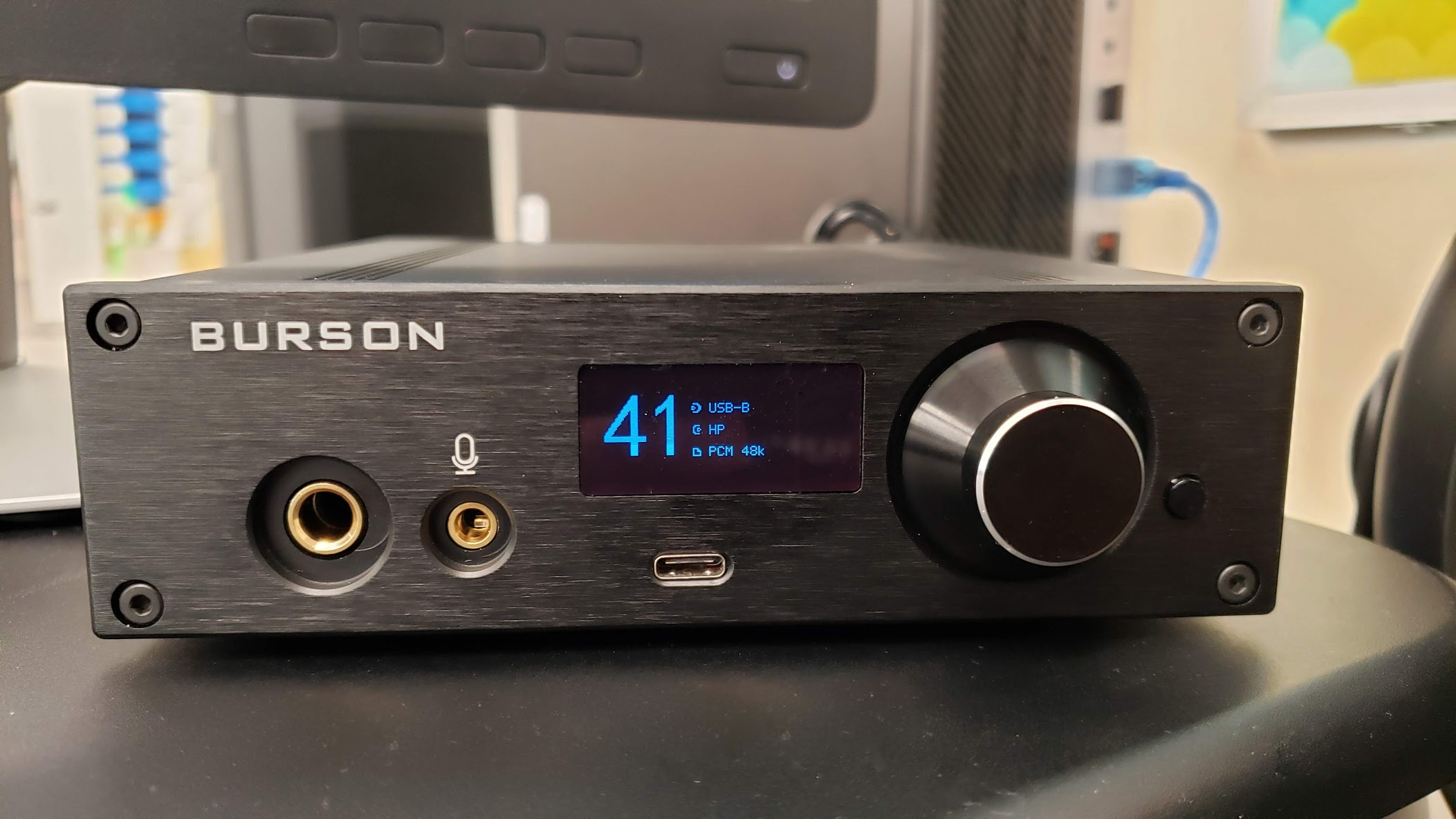 The Playmate is an impressive kit. It’s a medium-sized DAC that’s somewhere in the neighborhood of a large paperback. It feels well-built and I like that the chassis is entirely metal. That also likely helps to dissipate heat since it runs whisper quiet.

The front of the device features a large LED screen that lets you know your current volume and access the menu. I found this to be very useful since it opens the door to customizations I haven’t experienced on a DAC before. Some, like my Schiit Asgard 3, are simply on or off. The Playmate allows you to customize your sound with a number of different tweaks.

Unfortunately, there’s no manual included in the box that really explains what each of these settings does. Even as someone who has been in the audio world digging into this stuff for the better part of a year, some of them left me wondering (such as FIRfilter, which controls treble roll-off. Other settings, such as DSD and PCM are easily revealed online, but newcomers will easily find themselves lost with the Playmate.

Since the Playmate is designed for use with computers and smartphones, I was happy to see a USB Type-C connection on the front. Likewise, there’s also a microphone input so you can connect your gaming headset or standalone mic to a single place on your computer. Around the back, there’s also a Molex connector to be powered by your computer if you’d like to slide it in place of an optical drive in your tower.

Another neat feature the Playmate brings to the table is rollable op-amps. op-amps, or operational amplifiers, are found in most devices with a headphone jack and, similar to how guitarists and headphone buffs will often swap out valve tubes to customize their sound, op-amps accomplish the same purpose. Burson sells alternates to try but I honestly enjoyed the ones that came in the standard kit I received. I would enjoy trying others in the future and the open doorway that presents to customization is welcome at this price point. 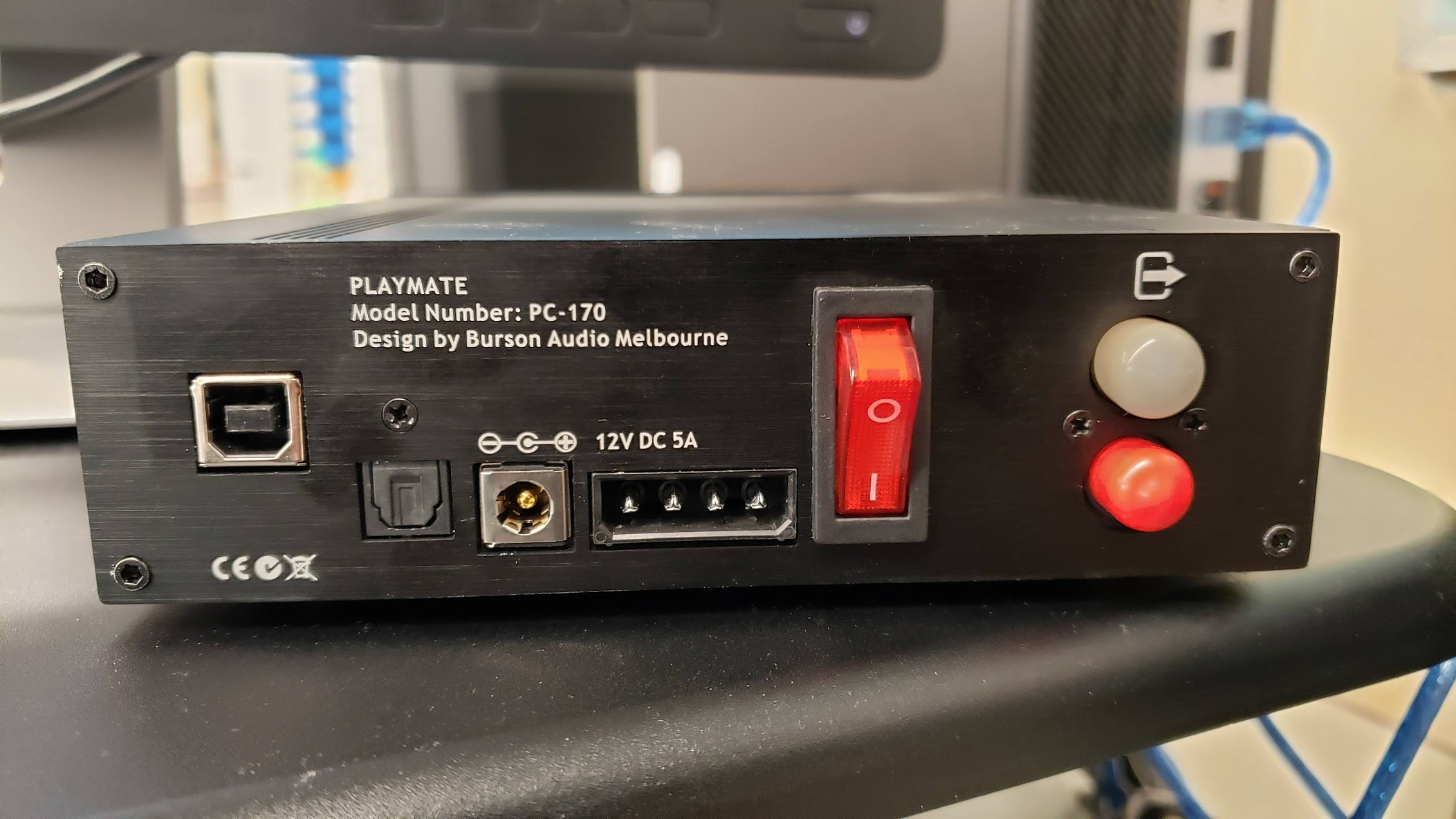 How Does it Sound?

We come to the ultimate question: how does it sound? The Burson isn’t exactly a neutral DAC/amp but it’s not overly flavored either. Depending on which FIRfilter setting you opt for will alter how warm the overall sound is. I chose to leave it stock on the “AP Fast” setting which provided a nice balance between detailed highs, forward mids, and a full low-end that’s not overwhelming.

The balance here is exquisite when paired with the right set of headphones. I tested the Playmate with a number of headphones, but my hands-down favorite were the Meze 99 Neos. Their natural warmness paired wonderfully on tracks like PVRIS’s Hallucinations. At the same time, I noticed an expansion in the soundstage that really worked well on Coheed and Cambria’s acoustic rendition of Pearl of the Stars. The clarity really benefitted the finger-picked acoustic notes and brought them forward in the mix.

For games, that added middle-high to high-end detail is great for picking up important audio cues with that all-important directionality that gives you an edge in games. Small sounds like footsteps are drawn forward and along with it, the small details we often take for granted: tinkling glass from that exploding car, bullet shells hitting the pavement, the sounds of rusty tread from a rolling tank. The Burson elevates these sounds when we might otherwise blow past them in the heat of the moment.

At a starting price of $399, that Burson Playmate isn’t for everyone. This is a device for people that are already sold on the benefits of investing in their sound system, especially for gaming. Having crossed that bridge long ago, I’ve enjoyed my time with the Playmate. It offers a degree of control that’s absolutely pleasing and the open door to customizing my sound further through replaceable op-amps gives the Playmate utility and life beyond its more locked-down counterparts. If you’re ready to make the jump, the Burson Playmate is a safe, if pricey, bet. 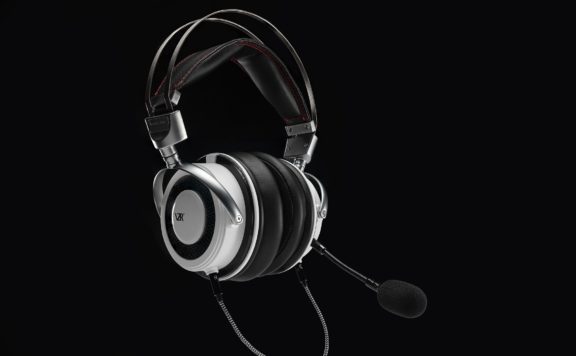 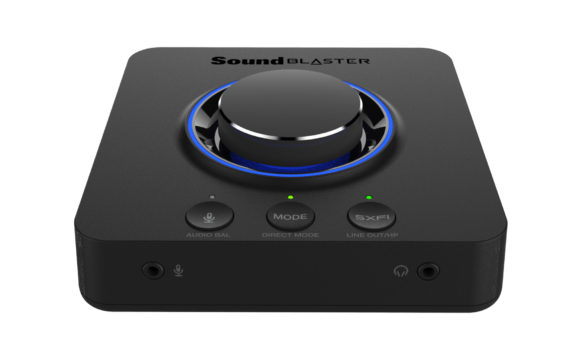 As eSports and the competitive gaming scene have risen to the forefront of the public consciousness, gamers have pushed themselves to find every competitive advantage they can. While we all know that gear will never take the place of practi...
0
Average User Rating
0 votes
Have Your Say!
Your Rating: 0
Submit
Write A Review