Take an audio brand with a fantastic legacy and mix it with modern wireless audio and you get the Cyrus Soundbuds, a fully handsfree assault on the market from this British brand.

Released earlier this year, the Cyrus Soundbuds are Cyrus’s first attempt to tap into the budding sports sector of the audiophile market. There are plenty of wireless earbuds that we’ve reviewed but with a history of building incredible sounding speakers, DAC systems, and even USB gaming gear Cyrus has a reputation of creating stunning products and the Soundbuds do certainly look the part. Coming in the same quality cardboard packet that surrounds their Soundkey system, the Cyrus Soundbuds are a discrete pair of in true wireless earbuds that take a minimalist approach. Pulling the left and right components from the box, there are no wires, no obvious control buttons, and no oversized drivers. The key to this audio option is minimalism. 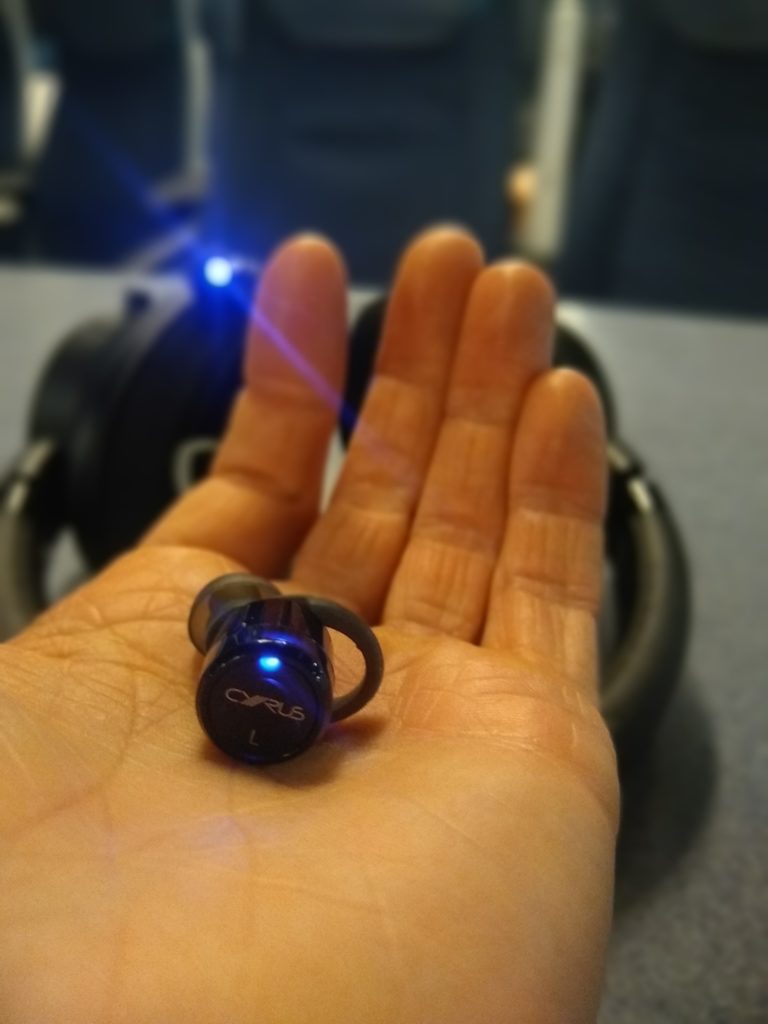 Both buds are presented to first time users in a snug holding case that provides protection and charge to this Cyrus product. With very little room to manoeuvrer, there isn’t a lot to distinguish this charging case from another more generic brand of buds and the same can be said of the buds themselves. Each of the two buds comes with a fairly common in-ear silicon buds connected to a tiny patent plastic driver housing. These don’t scream for attention and while that doesn’t make them stand out much, it doesn’t mean that there isn’t plenty to shout about with the specifications.

Setting the Cyrus buds up for the first time is an intuitive routine. The Bluetooth connection paired the right ear by holding in the face of the right bud and is no more complex than hooking up any other Bluetooth device. The left ear, similarly, can be connected independently by holding in the face of the other earbud. I was surprised to learn that operating the buds was just as simple. Once they are connected, users can use a range of double clicks to pause, play, skip tracks, and take calls. It’s a fairly limited repartee, and there is no volume control, but it is still a nice touch to find that there are some control options on such a small set of earphones. Even the audible alert that announcing each ear as it checks in is a thoughtful touch to the Soundbud’s controls. 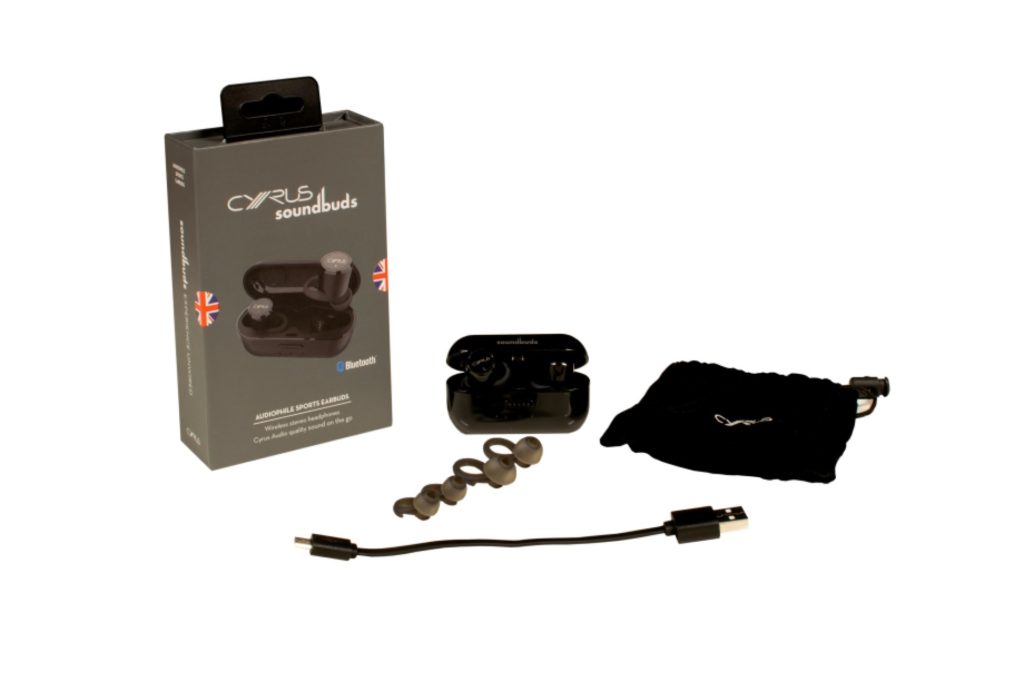 While these buds might seem simple in some respects they make up for it in spades by being light and unobtrusive. The Cyrus step into the sporting market got more than a few tests at my local gym and these sit nicely in the ear even after a few weeks to bed in. The three interchangeable silicon bud tops that are supplied give a decent enough range for various ear sizes, while the IPX rating and diminutive weight combine to ensure that even when I was bouncing across the treadmill these rarely shifted. The overall design of the silicon components also does a good enough job of isolating sound. As you’d expect from the in-ear approach, the Soundbuds significantly reduce the audio interference from the outside world without having to pack in active noise canceling, although doesn’t quite get rid of everything.

While I plundered the local gym for all the gains I could get, the battery life on the Cyrus Soundbuds far exceeded my expectations. These buds managed something between three to nearly four hours on a single charge and carried on further on the reserves stored in the Soundbud case. The buds are designed to be placed back into their case intermittently, providing up to three full recharges to the earphones. The option of just dropping any failing buds into the carry case for a boost between long runs allows for fairly seamless operation and acts as a very nice touch.

When it comes to sound reproduction, the Cyrus Soundbuds are a mixed bag. The physics behind driver tech means that however well respected the brand behind the product, and however good they are at miniaturization, there is going to be some sort of compromise. This set of earbuds don’t include any oversized backs or variable driver designs. Instead, Cyrus has opted to do simple well. For the price, Cyrus has crafted a decent if imperfect sound. These buds do fail somewhat around the middles and are not going to drive a huge amount of bass with their power reserves. The soundscape is somewhat contained but this is all weighed against a pair of buds that can sit atop a fingernail at times.

Again, these do not come equipped with aptX to enhance the quality of the Bluetooth audio but, again, size matters. Despite the physical limitations, the dynamics are still very good, the quality of reproduction is crystal clear, and the tuning is a relief from the overwhelming bass of some other in-ear options. Even though these are not a piece for high-end audio enthusiasts on their morning commute, they still present a quality purchase and an unobtrusive option against equivalent devices.

The Cyrus Soundbuds are an unexpected move form a British manufacturer that is renowned for high fidelity audio performance and well-engineered products that reside in the front room. The Cyrus Soundbuds are great as a set of unobtrusive earbuds that will see you bouncing through any gym session. They are not going to enhance your gaming experience or give you the same sound stage that a pair of headphones at double the price might manage. Much of the Cyrus Soundbuds design, equally, is functional, missing volume controls, and micro usb connections on the charging case are not exactly cutting edge. However, these issues start to fade into the rhythm of your run at this price point. If you’re ready to get a transformative gaming experience then go grab the Cyrus Soundkey or keep an eye out for our thoughts on the OneCast. If you’re looking for something that will make the morning run sound more appealing without having to go near the $100 mark then the Cyrus Soundbuds are a great bet. You can find the Soundbuds and pick up a pair at the Cyrus website now. 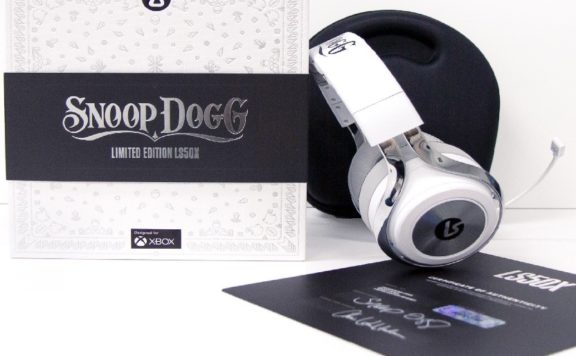 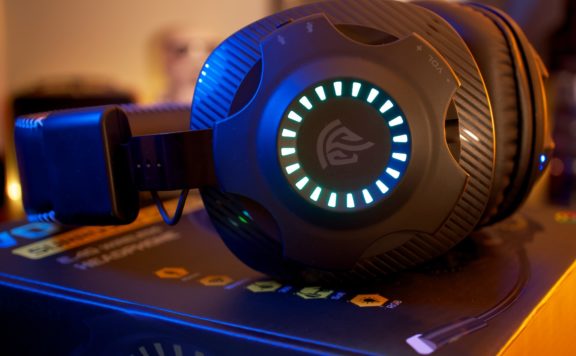 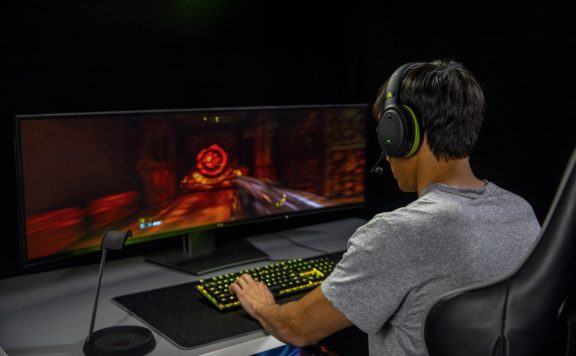 Take an audio brand with a fantastic legacy and mix it with modern wireless audio and you get the Cyrus Soundbuds, a fully handsfree assault on the market from this British brand. Released earlier this year, the Cyrus Soundbuds are Cyrus...
5.7
Average User Rating
99 votes
Have Your Say!
Your Rating: 0
Submit
Write A Review