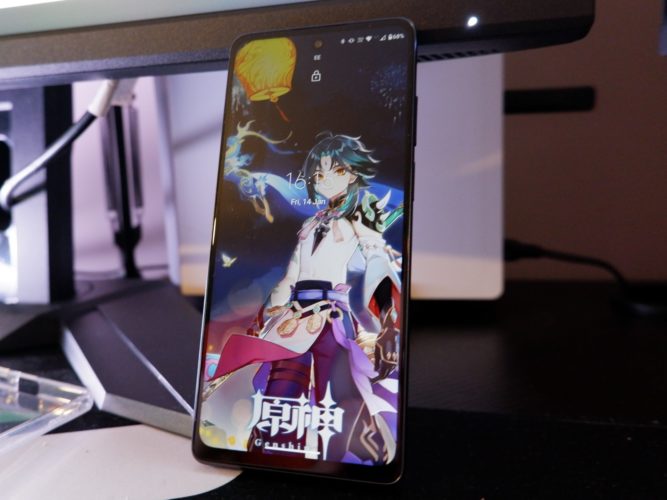 Among the litany of Motorola releases last year, the mid range Moto G200 smartphone is something of an odd entity. While this recent from Lenovo’s phone brand is up against value propositions like the Poco F3’s and Oneplus Nord, pop a look at the specs and it appears the Moto G200 might be an unexpected gaming powerhouse.

With an RRP of £400 or local equivalent, the Moto G200 is already available across multiple regions and landed around the festive season. Hittin shelves online and in stores at £400 or local equivalent, this unassuming phone is one of the more expensive in the Moto range, but there’s an obvious reason why. While the 6.8 inch screen and plastic shell might not mark it out as anything special in modern times, the Moto G200 plays host to the kind of components you’d expect to see in brand new flagship smartphones, meaning this might very well be the gaming phone that you didn’t expect.

Out of the box, the Moto G200 doesn’t hold many surprises and comes packed alongside a simple plastic protector case, manual, and a 33W charger. That’s about the only early surprise here. The Moto G200 is not likely to slip out the pocket unnoticed, weighing in at a slither over 200 grams. It has a Gorilla Glass front with a front side camera notch, that is as divisive as ever, while Motorola continues to insist on putting a Google Assistant button on the left side of the phone. The volume buttons and fingerprint reader are present on the right side of this handset, as with other G series devices. This time, however, the usual headphone jack is no longer included, so get used to Bluetooth or the included USB C connector f if you’re looking to make use of the Dolby sound add ins. None of this stretches the look and feels too far from the previous Moto G phones, but the underside of the Moto G200 is another story.

Turn over the Moto G200 and the plastic finish isn’t entirely dissatisfying, but it certainly doesn’t compete with the raft of flagship killers on the market. This unexpected aesthetic comes in both Glacier Green and Stellar Blue, and while it isn’t as appealing as some competitors or the glass back on my old Moto G 5G, it does seem to serve a purpose. The plastic micro-textured finish manages to make Moto G200 a little steadier in hand than a completely smooth backing would and won’t pick up quite as many greasy prints as a glossy finish would.

Also located on the back face, is a camera curve. Rather than the traditional bump we’ve become used to, the designers at Motorola added an element that sweeps out of the backplate and curves back down. It is certainly eyecatching and an unexpected design choice and while owners won’t spend a ton of time looking at this component, it is worth noting before taking an instant disliking to it or trying to fit an accessory around the camera that this interferes with.

While the price might be middle market, the G200 will still need deep pockets. This is both wide and long, and the aforementioned camera curve seems like an attempt to whittle down the overall dimensions. At 202 grams, it isn’t the lightest phone on the market either, but that might very well be down to the slightly jacked-up internals on offer. 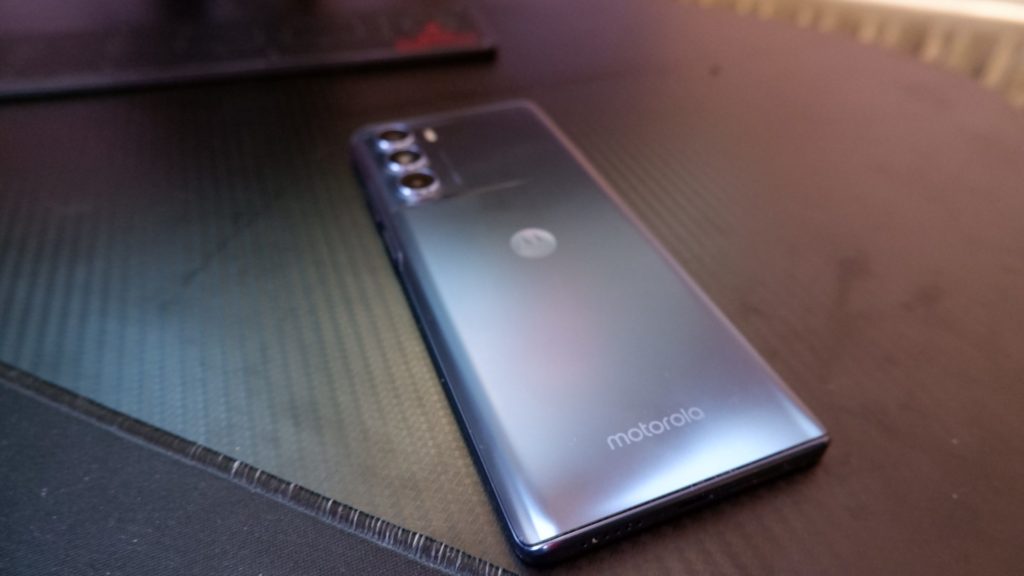 On first boot, this odd mix of flagship and budget is quick off the mark. A Snapdragon 888+ CPU and Adreno 660 GPU pair power through these steps and after the Motorola splash screen, new owners are presented with a stock version of Android 11. It’s fantastic to see that Motorola isn’t adding extra apps, overtly gouging your personal shopping habits, or ramming in adverts to artificially lower the cost here. The Android 11 OS might not have a guaranteed upgrade coming, but security updates are expected to come eventually, and this is largely par fr the course with the Moto range. getting there but not quite at the cutting edge. The 144 Hz display may not be a fully AMOLED option but colons are still reasonable on this IPS LCD. Motorola clock the screen in at 82% NTSC with HD+ resolution and HDR10 support. This is about accurate but still does not translate a top of the line desktop image to the small screen The supporting back panel is bright enough if Wild Rift isn’t a go-to game under the midday sun and I’d describe the overall viewing experience in movies and across apps as good, not excellent but far from offputing.

Where the G200 screen does excel is in its overall responsiveness. Moving between apps feels immensely fluid, while movies, streaming, and video games never suffer from unnecessary signs of slowdown or tearing. This, as you might have guessed, is not just down to the unexpected refresh rate and capability of the display. There’s a lot to thank the 8GB of RAM and overpowered Snapdragon 888+ chipset for. Top tier smartphones like the Samsung S21 normally cap out at the Snapdragon 888, while this mid range smartphone somehow has the upgraded iteration, meaning that at no time are you ever likely to find yourself waiting while the Moto G200 grinds through day to day activities.

This is followed by some serious gaming capabilities. While the G200 doesn’t appear to have vapor chamber cooling, 12 GB of RAM, or built-in shoulder triggers, it can turn on Genshin Impact at high details without even announcing a stutter. Mobile gaming is far more than a visit to Mondstadt, but dipping into PUBG and Fortnite produced the same results, with touch sampling adequate enough that I couldn’t blame response times for my own near misses. Even EvE Mobile looks gorgeous when things get hectic, although I’m too weak to dare go sightseeing in Null-Sec quite yet.

The inclusion of Moto Game Time overlay is another nice touch that adds extra features for the G200. Anybody upgrading from other Motorola handsets will recognize the alert silencing and screenshot options, while the G200 gets an overclock button to boost more out of the Snapdragon 888+, and one touch streaming button that suggests Motorola know exactly what they’ve produced.

When we eventually got around to running benchmarks, this was the result., with the 3D mark Wildlife test coming in at a very respectable place for a phone that costs half an iPhone.

It Really Is A Phone Too

While alternatives like the Redmagic 6R and the Black Shark gaming phones are dedicated gaming devices, sacrificing much of their more mundane options for all out gaming performance, the G200 ticks all the boxes that more mainstream competition might do too. The 5G cellular, Bluetooth 5.2, and WiFi 6/6E connectivity don’t jsut manage good network speeds and low latency in online gaming, it ensures decent compatibility with your future home network setups.

The 128GB of storage also provides plenty of room to add a ton of apps in the future, and the onboard memory means they will even run without lagging out before we even get to a few big games. The inclusion of Android 11 as a stock OS is welcome, and this means no navigating the array of custom changes or adverts that other options might force upon you. In fact, the only extra software you’ll find craned into a Moto G200 is the usual Moto personalization options, allowing owners to adjust the Dolby Audio listening experience to phone themes, wallpapers, and font settings. Also, check out the Moto gestures and you’ll never tire of twisting to take a photo either.

Once you’ve mastered the Moto’s signature twist to camera or chop to torch, it’s likely you’ll want to take a few snaps and the Moto G200 crams in a wealth of options. There’s a triple camera configuration, made up of a 108MP main shooter, a macro lens, and a 2MP depth sensor. Default shots come in at 12 MP but utilize what seems to be an Ultra Pixel arrangement to cram in more data from the aforementioned sensor. The front facing camera, similarly, is a 4MP Quad pixel design that can stretch up to 16MP shots, while both sides feature HDR support. This has a healthy variety of modes, including HDR, portrait, macro, night vision, and a ton of other selections. Daylight photos are pleasingly clear and accurate for a phone and while they won’t use the full 108MP listed, the primary lens does a solid job in both close ups, standard settings, and when low light is an issue. Beware that, like many mobiles, this will over saturate primary colors and will try to smooth out selfies, especially in artificial light, but purists will likely carry a separate camera for the job.

Videos are also excellent, with options to shoot in HD at 60FPS, 4K at 60FPS, and even 8K at 24FPS. While the 8K option is unlikely to get much use until Tik Tok catches up or you’re shooting from a stationary position, we found the 4K video at 30FPS a good in between that replicates the main camera;’s capabilities without burning through the on board memory. 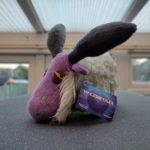 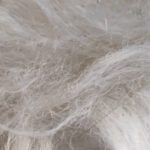 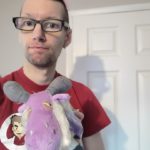 selfie cam picture of me and a rowsdower

While day to day use is great and gaming is just smooth as silk, the Moto G200 sometimes feels like a family car with a jet engine strapped to it. This is, to say, that it’s a gas guzzler. The 5000mAH battery might do favorably in a G9 or Poco series device, but the Snapdragon 888+ can chew through almost 10% of our battery in a single 3D mark stress test. In more general use, this means that, while software support for auto-refresh rate helps to keep the phone working for a full day on general tasks, a light 15 minutes of top tier gaming will find you struggling for dear life if you don’t have a plug socket. This is not a device intended to go off piste without a battery pack and pushing the internals can find it getting a little hot too. That said, solutions to this do exist, from the more mundane to the PowerA Moga XP5-X Plus, and we’ve already started looking at ways to cool this hybrid so that might not be too much of an issue long term either.

Overall, the G200 seems to have a foot in two words. Unlike the Redmagic 6R that tried to look slimline but is all gaming under the hood or the POCOs that sacrifice a more middling gaming experience for battery power, the G200 doesn’t seem to want to give up on anything. It’s the nearest thing I can find to a GTI phone. It might not have the looks of a Nord but if you want a top flight gaming performance at an affordable price then the G200 is worth carrying a battery pack for. The Moto G200 is available now via online stores and at the Motorola website.

Tags: gaming phone, mobile phone, moto g200, motorola
Summary
The Moto G200 might gouge a bit more money out your wallet than a budget phone but with one of the most powerful chip available and an acceptable set of consolidations, the Moto G200 is a commendable effort by Motorola that can shred the latest games to pieces while still managing to organise your app drawer. A solid consideration if you don't want to pay up for an $800 device but still compete at the eSports LAN.
Good
Bad
8.5
Great
Previous ArticleDune: Spice Wars Drops More Details In Lengthy FAQNext ArticleTorchlight Infinite Inaugural Closed Beta Begins Next Week.