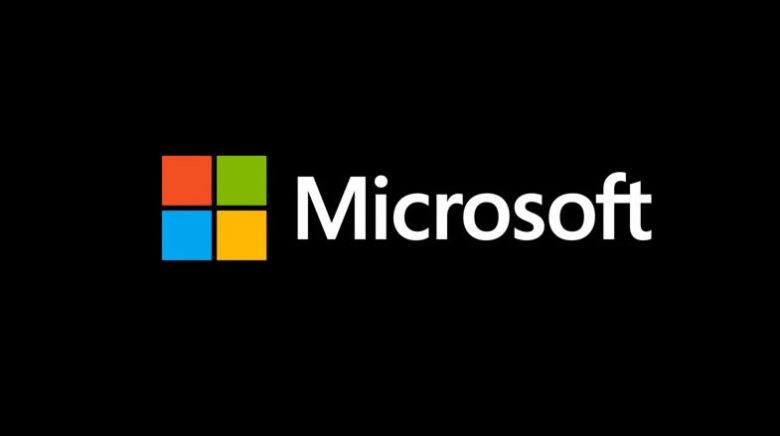 There was a recent report from Polygon discussing the imminent potential for Microsoft purchasing a major publisher. The article essentially states that, when compared to competitor Sony, Microsoft has an exclusive games problem. In a bid to solve this problem, and after speaking with four analysts, the conclusion drawn is that Microsoft is reportedly considering purchasing some pretty major publishers in the industry, no doubt causing massive disruption.

“Some of the names being thrown around as possible acquisitions by Microsoft are, frankly, astounding, even unthinkable. But the fact that they are doing the rounds is instructive. The most recent one we heard (from a reliable source close to Microsoft) was, in fact, Electronic Arts. We also heard a whisper about Valve and about Korean outfit PUBG Corp., which Microsoft last year signed to a timed exclusive for its hit survival shooter, PlayerUnknown’s Battlegrounds.”

Now, it’s a no-brainer that Sony simply has a ton of internal studios who create high quality exclusive titles. The Last of Us, Horizon Zero Dawn, and the upcoming God of War are just a small sampling. Simply put, Sony is ahead of the exclusive content curb. This is a rather reasonable statement to make.

Let’s first look at some numbers. As of reporting from May 2017, Microsoft has $130 billion in cash. A quick search as of this writing will tell you that EA’s current market cap is around $35 billion. So at first glance, it seems like Microsoft can afford this.

When looking at the Valve side of things, this to me seems far less likely. Gabe Newell, an ex-Microsoft employee, has been an ardent critic of Microsoft’s gaming policies. Additionally, Valve is a privately held company, so in my opinion, the likelihood of Valve relinquishing control to Microsoft seems even less likely.

However, we cannot entirely rule out this possibility. We need look no further than Notch’s criticism of Microsoft, accusing them of, “trying to ruin the PC as an open platform,” only to sell Mojang to them a few years later.

When discussing this industry, especially when viewed through the lens of a consumer, we must keep two things in mind:

First, past actions are not indications of future behavior and policies. And second, do not underestimate nor discount the power of money.

Now, Phil Spencer is on record of saying he doesn’t like paying for console exclusivity stating, “People always knock me on this; I’ve been on record… I don’t love the idea or practice of us paying so other platforms can’t play or use a certain gun in a game or do a certain level.I know I say that and, Xbox history–DLC exclusivity windows with Call of Duty–I understand the fingers are pointing right back to Xbox. I can only be who I am. It’s not the best PR answer. But I don’t like that.”

The obvious irony here is the recent PlayerUnknown’s Battlegrounds deal inked last year. He is very evasive when asked if PUBG will come to PS4. ”People ask, when’s that coming to PlayStation? I’ve got a deal, working with [Bluehole] to build the very best version of PUBG. That’s where I am focused. Right now, we’re helping that game come to console. Our focus is on making the best games possible.”

To the best of my knowledge, he’s never confirmed that the game won’t come to PS4, but crucially, he hasn’t denied it either. And why would he? From a business perspective, why would he? This sounds like a PR answer, doesn’t it? But hold on, didn’t he just say, “I don’t love the idea or practice of us paying so other platforms can’t play?” Yes. Yes he did.

This is a perfect example of PR speak, one that is designed to be evasive and non-committal. This is the type of language that consumers hate and executives love because while it frustrates you, it benefits them.

Let me be clear. I understand why executives speak like this. I understand why a deal like this benefits them from a business perspective. However, this has never been, nor will it ever be, my point. And frankly, anyone who ever approaches me with this, “yeah, but,” argument will be dismissed. Just because I understand the why doesn’t mean I have to agree with it, nor respect it.

I will always always argue that exclusivity should not exist unless there’s a very real technical limitation. In the end, exclusivity means consumers lose. No matter how you look at it, consumers are inherently and arbitrarily punished just because of the hardware they own.

I was having a great discussion with my colleague Dame yesterday and he was explaining to me the very real question of where one should play games, citing the very real conundrum of where most of his friends play. 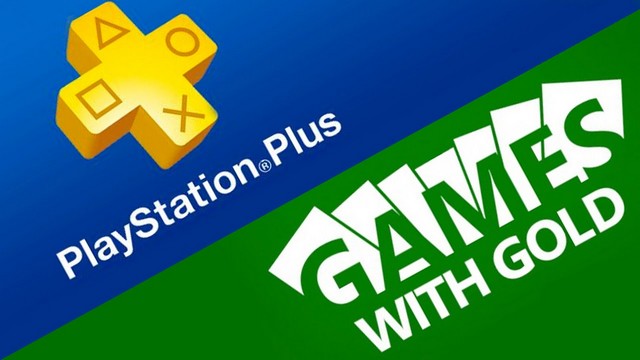 All of this, of course, relates back to the report of Microsoft looking to buy a publisher. When focusing on EA for a moment, EA’s stable of games, while not all necessarily good, is broad.

Additionally, no matter what Phil Spencer has said or done, past actions are not an indicator of future policies as I stated above.

As media, it is our job to be skeptical and look out for the consumer’s best interest. In my opinion, and given just how much greed drives this industry, this report is a serious problem and raises major red flags for consumers.

I can very easily foresee Microsoft making all those EA IPs exclusive to their platform, in one form or another, whether it’s full-on exclusivity or timed exclusivity, or DLC exclusivity, etc.

Some may argue that Microsoft  may actually inject new ideas and leverage Valve, for example, purely for Steam and its publishing capabilities and technology infrastructure. After all, we know how absolutely awful UWP and the Windows Store is as a PC gaming and buying experience and can understand how Microsoft could leverage Valve’s infrastructure to improve their own.

However, I can just as easily see a scenario where Microsoft introduces draconian measures to Steam, such as restricting or eliminating modding, for example. After all, we know how hesitant Phil Spencer was when asked about modding capability to UWP games. 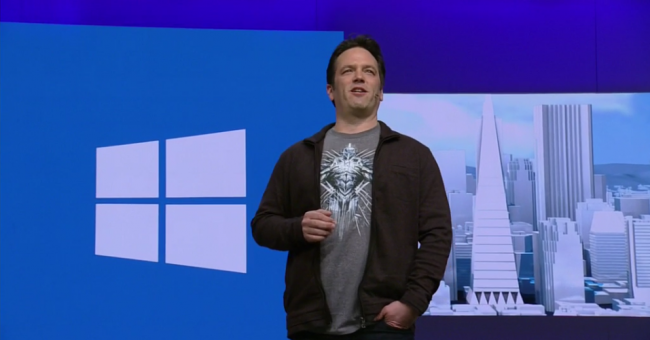 The point is, I put absolutely nothing past these companies, and neither should you. The biggest mistake you can make as a consumer is underestimating the power of greed, and just how much that greed drives the business decisions for these companies. If you doubt this at all, just look at 2017, unquestionably the year of the loot box.

I guarantee you’ll see other articles and videos from games media and personalities seemingly defending this idea and pushing the, “Microsoft needs more exclusives because exclusives help a console grow,” line. You may also hear, “well it’s always been done this way.”

And of course, as an intelligent consumer, you should easily dismiss those “arguments.” Remember, the only party who benefits from exclusivity is the publisher, in this case, Microsoft. And just because things have always been done a certain way does not mean it’s a good thing for consumers.

As an intelligent consumer, you must always ask yourself: what do you owe Microsoft that you must go out of your way to defend them? The answer, as always, is that you owe these people nothing. Exclusivity hurts consumers. The argument begins and ends there.

Here’s a viable solution for Microsoft. Instead of using that $130 billion in cash to buy up other publishers, Microsoft should invest that internally to develop in-house studios and foster new ideas. I honestly don’t understand how people haven’t even suggested this yet.

If you, Microsoft, want to compete on the games front, which you undoubtedly do, invest internally to foster and grow talent in-house. Take a page out of your own book and open up existing seemingly time exclusives like PUBG to other platforms. Be straightforward with your consumers. We know when you’re bullshitting us.

Most importantly, you winning in business does not have to be at the expense of consumers, as is the norm in today’s games industry. You can create policies that are mutually beneficial to your bottom line and are pro-consumer. In fact, Phil Spencer did exactly this by introducing us to the Xbox Play Anywhere initiative.

I for one genuinely hope Microsoft doesn’t buy any publisher as this report suggests. While I’m not implying nor stating that if they do, it’s the end of the world, I am urging consumers and games media to remain skeptical.

Don’t fall for it. Remain skeptical. Always think about the big picture. Always ask how this helps or harms consumers because I assure you, they won’t.

Written by
Poorna Shankar
A highly opinionated avid PC gamer, Poorna blindly panics with his friends in various multiplayer games, much to the detriment of his team. Constantly questioning industry practices and a passion for technological progress drive his love for the video game industry. He pulls no punches and tells it like he sees it. He runs a podcast, Gaming The Industry, with fellow writer, Joseph Bradford, discussing industry practices and their effects on consumers.
Previous ArticleMario Party 11 in 2019? Maybe According to Industry “Insider”Next ArticleFinal Fantasy XV Will Support Xbox One & PC Crossplay 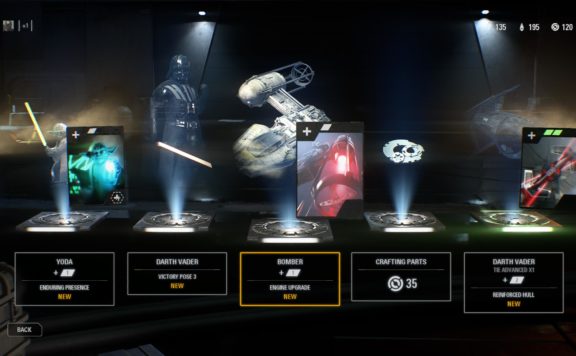