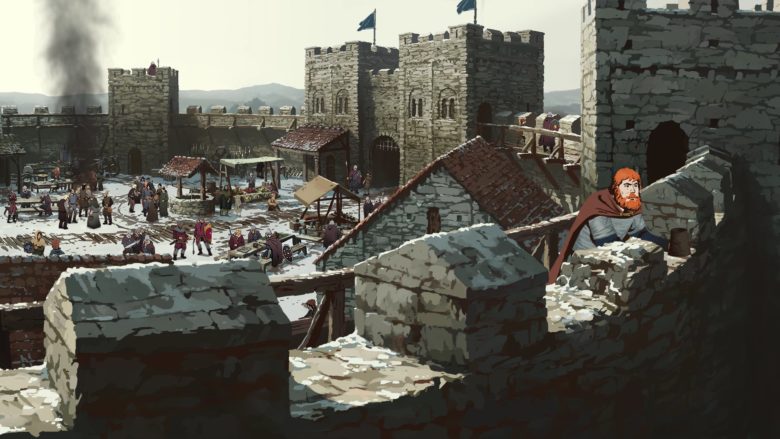 The Pillars of Earth is an immersive reminder that 1135 England was quite possibly the worst place on Earth. Do you like dying in childbirth in a forest in the middle of winter because your husband is too prideful to take a great job? Check. Abandoning babies to die in the freezing forest on a whim because you’re quite possibly the worst father ever? Check.Committing suicide because the devil was chasing you or that 1135 England is the worst? Check. Welcome to Chapter One of The Pillars of Earth. The story only becomes more morbid, and the fog of dread and darkness takes a long while to lift. That long while is one of the very few glaring missteps in otherwise artful, narratively powerful, and well put together visual novel adventure. This is our Pillars of Earth review.

Daedelic Entertainment achieves an art style that fits perfectly for their envisioning of Ken Follett’s The Pillars of Earth. Forests are frigid, cathedrals are frigid, everything is frigid and awful. The mood translates easily from the art to story to create a holistic immersive experience. Each area overflows with character and a sense of place in the world and would do so even if it were not populated with characters. The environmental art is easily the standout aspect of Pillars.

The voice acting is top notch. From the moment players hear the first voice, led in by the beautiful art, belief is wholly suspended. There is no moment where a character voice breaks player immersion. Despite some long awkward pauses in spots, the voice acting elevates the story and is easily one of the most important parts of the game. 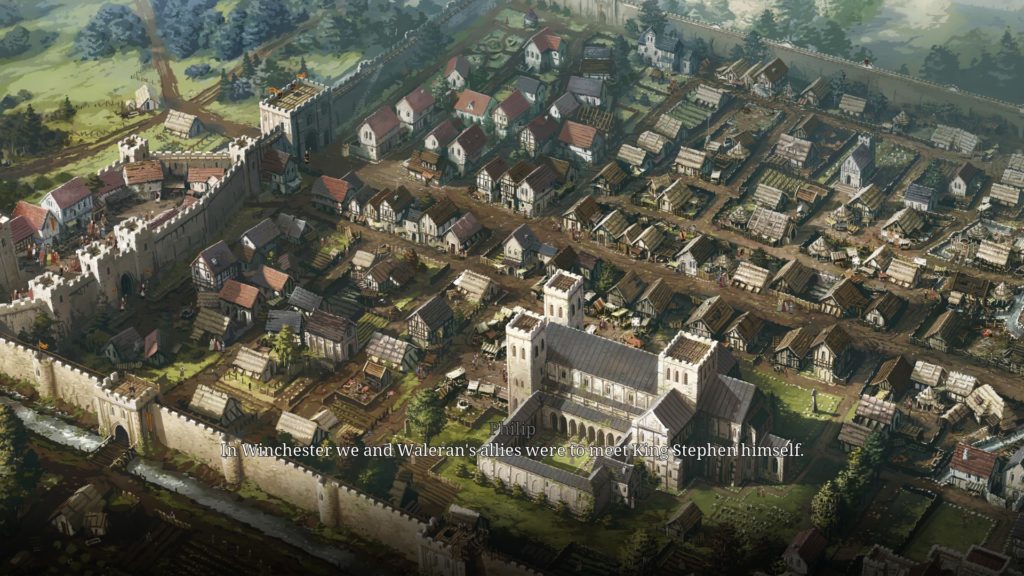 Much like the Telltales series, Pillars has a smidgen of interactivity that allows players to dictate some aspects of the story. Dialogue options are available as well as the option to allow the time limit to expire, which allows players to answer with silence. The silence is an interesting option, as it allows players to use it to their advantage against certain characters. It also lends depth to other characters. On one occasion, the dialogue time limit is about one second and shows a guard’s hilarious desire to tell a story. Players have little chance to stop him. However, there are very few instances where this kind of extra interaction is available, and its potential to add even more depth to the interaction is somewhat lost with how rare it is. The interactivity is much akin to other point and click adventure with a few interesting options but otherwise is standard fare.

The Pillars of Earth asks players to invest heavily in its characters, not because these characters are the most interesting but because they are necessary for the narrative. That’s not to say some characters aren’t memorable. Quite the contrary. The opening prologue pulls you in and immediately invests you in Tom and his family. Unfortunately, this scene quickly transitions to the other major narrative where you play Phillip, one of many monks in the story. Thus begins the first few hours of the game, which are slow paced, forgettable, and focus on the, initially, least interesting characters in the narrative. 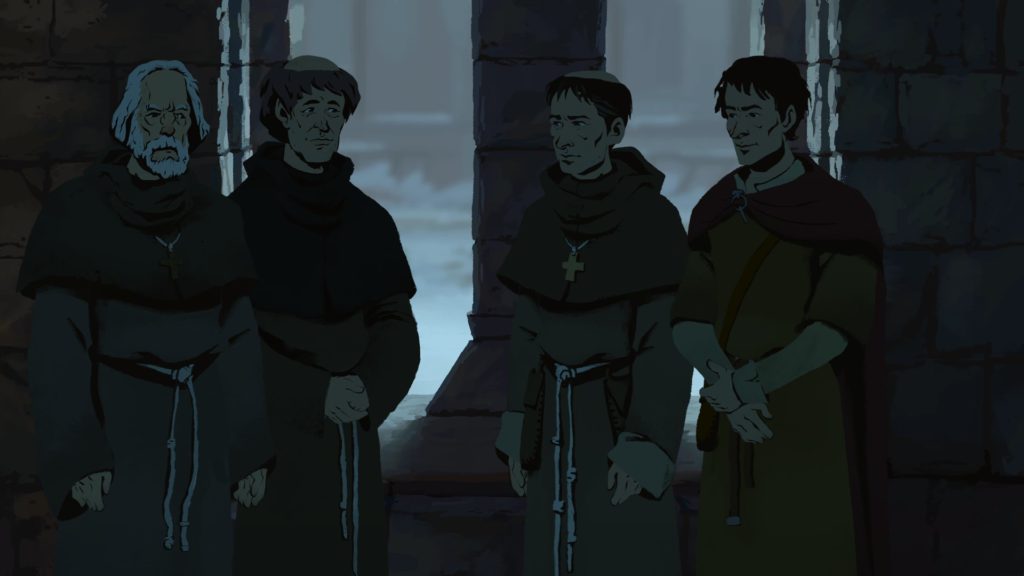 Chapter One falls prey to the few missteps of the game. It is a large map, the largest of the whole game, and requires players to back track often. While transitioning from one area to another requires only a double click, sometimes characters to slowly walk around the span of the area before being able to do so. This same tedious movement shows its ugly head a few other times during the game but rarely is it as noticeable as it is in Chapter One. The slow movement, backtracking, and slow pace of this chapter turns an already slow pace into something of a slog.

However, this investment in the first long hours of the game, especially time spent with Phillip, are not without a return later on in the game. It’s just unfortunate that it takes so long to see that. The frustration from that first chapter translates into impatient in the next few chapters, where players are acquainted with characters who are immediately relatable and infinitely more interesting.

While the narrative takes a long time to really find its proper pacing and return on early character emotional investment, Ken Follett’s The Pillars of Earth delivers an immersive, enjoyable storytelling experience. The art and voice acting combines into a grim world that, despite an initially slow pace, pulls players in and does not let go as it has them putting on blankets to fight off the cold of 1135 England.

Written by
Jacob Semmes
Autism Dad. Ex-Professor. Semmes has a deep love for Final Fantasy XV and still considers Xenogears to be one of the best storytelling RPGs of old.
Previous ArticleEpisode 2 of Batman: The Enemy Within releases September 26thNext ArticleImmortal Unchained Sends You Into a Dark, Sci-Fi Universe 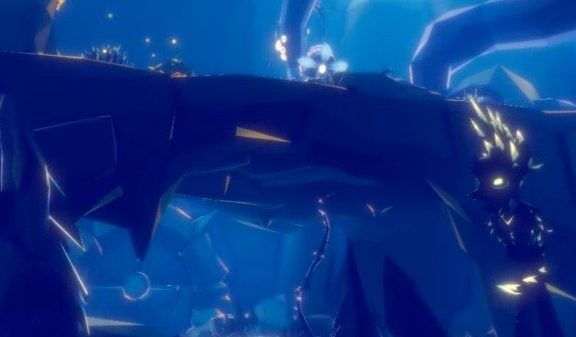