It is humanly impossible to play every title that comes along – especially right at their release dates! However, there are occasions when a title will be so well received that it makes a resurgence with remasters or rereleases delivered at more opportune times. It is not unlike a popular song revitalized for a new audience, take Journey’s “Don’t Stop Believin’” for example. What once had popularity is now quintessential. There are many games like this, but there are not many like today’s title in the review. Or, at least, there haven’t been for a while. This is our review of Swordbrothers: Sword & Sworcery EP for Nintendo Switch.

If you are not familiar with the title, Swordbrothers: Sword & Sworcery EP was released in 2011 as an iOS title, specifically for the iPad. After positive reception, it migrated to the iPhone a few months later, then to Windows, MacOS, and Android the following year, and has now arrived on the Nintendo Switch. Developed by Capybara Games, Swordbrothers: Sword & Sworcery EP features soundscapes and soundtrack provided by Canadian indie rocker Jim Guthrie. 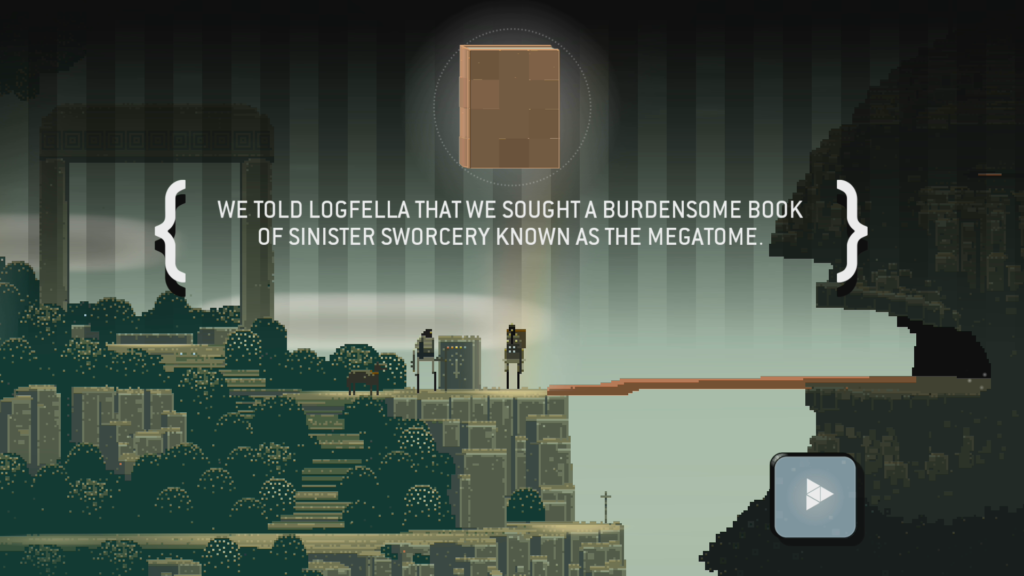 In Swordbrothers: Sword & Sworcery EP, you take upon yourself the woeful errand of a Scythian vagabond with a religious conviction to her task. She must recover the Megatome, learn the Song of Sworcery, tame the Trigon Trifecta, and deliver the fully restored Megatome heavenward atop Mingi Taw.

Along her journey, the Scythian encounters a shepherd girl names Samae, a woodsman name Logfella, and Logfella’s dog, Dogfella. The Scythian shares the details of her burdensome journey with them and they are totally supportive, even when stuff gets weird. There is also a cigar-smoking, shadowy character called the Archetype who appears in between chapters and who teaches the Scythian how to use the Megatome with its Song of Sworcery. Outside of his encounters with you (the player) and the Scythian, he seems relatively unknown to all other parties.

This adventure takes place in an oddly pixelated world. Swordbrothers: Sword & Sworcery EP has a unique blend of 8-bit style sprites with a wider color palette, giving it a high lo-def feeling to the game. Interestingly enough, the dedication to this style breaks when dealing with some “other-worldly” creatures. It isn’t enough to be jarring, but it is noticeable. 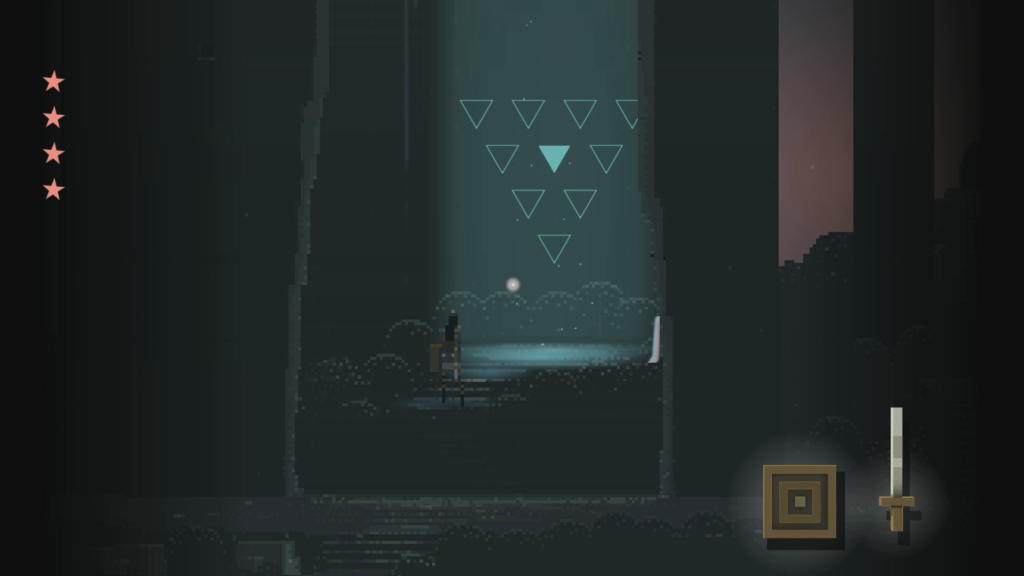 Swordbrothers: Sword & Sworcery EP have a fair blend of puzzle-solving and combat with puzzling pushed to the forefront of the experience. Puzzles are largely solved, mainly, by using the Song of Sworcery, but there are some puzzles that need a more steely solution. Combat is a bit of a puzzle in itself, using audio cues and musical beats to telegraph your need to either block with your shield or swing your mighty sword. This relies on your timing and your ability to read the situation using both the visual and auditory to succeed. There is a fair bit of repetition within both combat and puzzling, so if you miss something the first time around, chances are, you will get it by the end.

The entire gameplay experience of Swordbrothers: Sword & Sworcery EP is broken up into episodic chunks which can range anywhere from 40 minutes to over an hour a piece. This segmentation gives it logical breaking points within the story. This creates a sense of expectation for the player to be able to gauge just ho much time is needed for the experience as a whole. From start to finish, I completed Swordbrothers: Sword & Sworcery EP in around 5 hours. 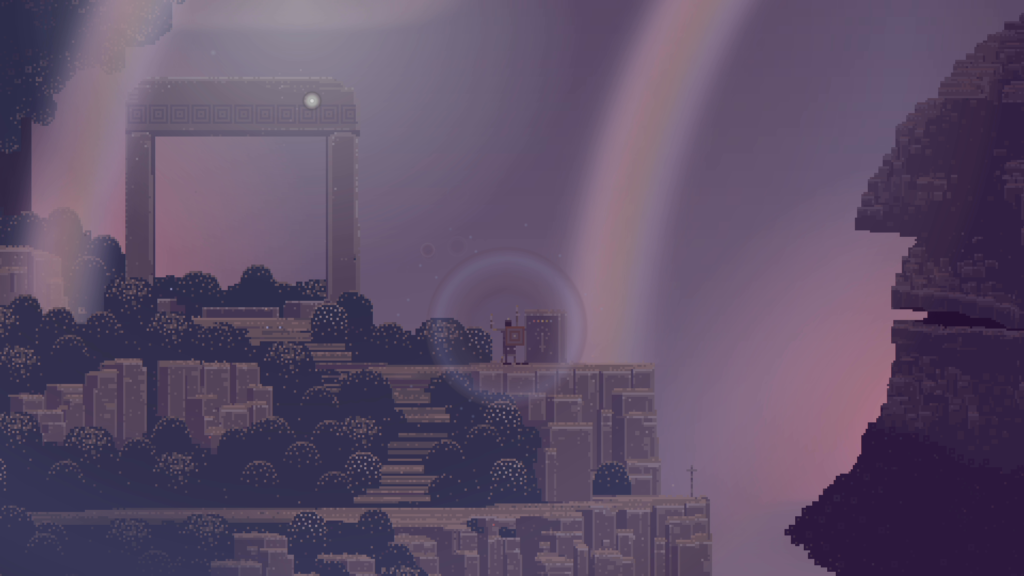 It is always interesting to me to see a game make the leap from one system to another where control layouts are completely different. The Nintendo Switch makes for the perfect marriage between the tablet-based play of the original release and the keyboard and mouse of PC/MacOS. With the option to use any orientation of controllers or the touchscreen itself, Swordbrothers: Sword & Sworcery EP finds a mostly natural home here. Its awkwardness can be found the initial controller layout (which can be only marginally changed) and the accessibility of the item inventory.

If you enjoy puzzlers with a fair amount of self-awareness with a dash of combat, Swordbrothers: Sword & Sworcery EP might hit the right notes with you.

It is humanly impossible to play every title that comes along - especially right at their release dates! However, there are occasions when a title will be so well received that it makes a resurgence with remasters or rereleases delivered at...
0
Average User Rating
0 votes
Have Your Say!
Your Rating: 0
Submit
Write A Review