This year has been a good year for RPG’s. Great titles have been releasing left and right. We’ve had Horizon: Zero Dawn, Mass Effect 3, the recently released Divinity: Original Sin 2 and great indies like Cat Quest. Where many would disagree with Mass Effect Andromeda being a great game, I would say it was still pretty decent, but If you are looking for something that follows a more traditional style of RPG, look no further than Battle Chasers: Night War. We played it, and slayed in it. Here is our Battle Chasers review.

Battle Chasers: Night War is in every sense of the word an RPG at its core. You will find yourself in turned based combat where speed or haste, in this case, does play a role in who goes first. Every skill has a speed to it which also determines who will attack or defend first. Expect lots of dungeon diving, fishing and dodging traps in said dungeons. When not fighting baddies or delving into dungeons you can go to town and craft equipment and potions for your party. Enchanting is also a thing as well as upgrading shops so they will have more inventory. With all the different mechanics in Battle Chasers, it gives one plenty to do and lots of fun to be had. 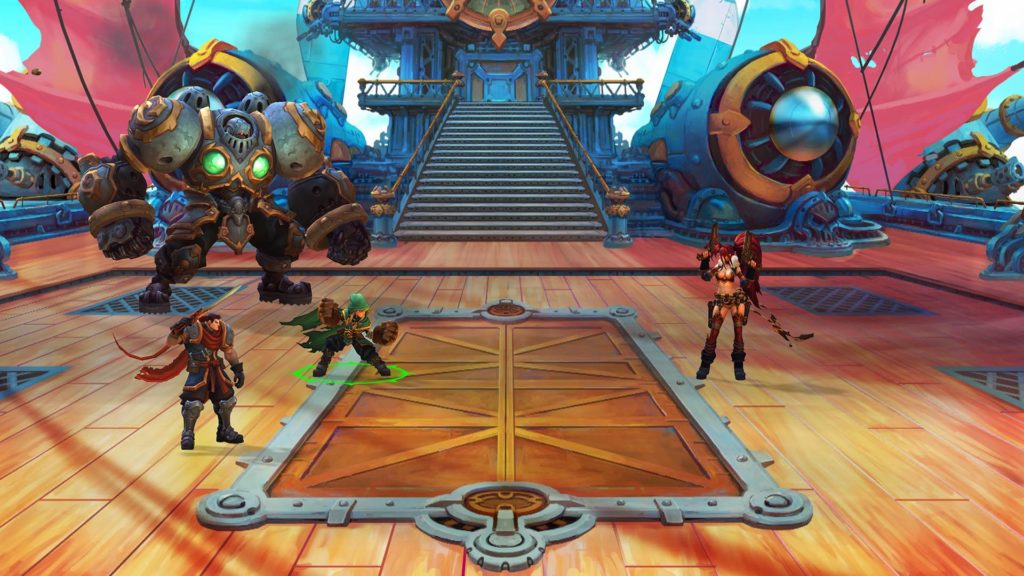 The story, voice acting and art style of Battle Chasers is so enthralling I found it really hard to pull myself away from it. If the opening sequence doesn’t hook you immediately, the rest of the gameplay will. You move around on a map where there are markers showing where enemies are. Now not all the time will you find opposition on your way to your quest target as I have found in some instances there is more than one path to it on the map. Dungeon Maps are another thing entirely.

Dungeons have different levels of difficulty in each one which makes them replayable offering better rewards for the increase in difficulty. Of course like with how dungeons are in most RPGs, you have to beat the normal to unlock harder difficulties. The little lore bits found throughout some of the dungeons giving a little history on them if they have it makes them all the more interesting. There are even fishing spots in them. Within the dungeons you have to use your characters special dungeoneering abilities to help you dodge traps, heal, find secret areas. If you are getting what they are putting down, then you can see how great it is that each dungeon has its own story and own surprises that await you.

Each character has a different playstyle to them, which I noticed can almost fall under an archetype of some sort. You will have your healer, tank, DD, and wizard but what makes them truly unique is that you have the ability to give them perks. Perks will allow you to in a way increase a stat or better a skill the characters use. Being able to do so truly changes how each player will be experiencing the game. Also as small as this may seem when playing I enjoy the little things that are said in battle. I faced off against 3 enemies and managed to down one. Next thing that happens is one of the other enemies says “I didn’t care about him anyway.” Now for me, that adds some humor as well as gives the enemies some character. 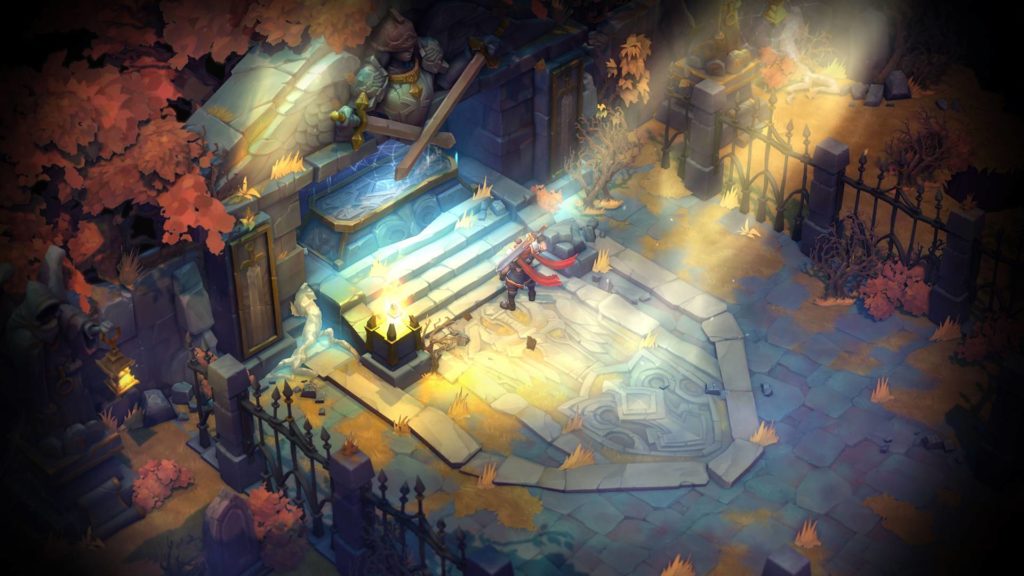 Speaking of battles, expect them to be sometimes easy and sometimes tough. Battle Chasers I feel has found a nice balance between the two making the battles super fun. Some enemies will have a marker on the map showing you where they are. Some are even multi battles where you have to face multiple groups one after another. There is one aspect of encountering enemies I will leave you to discover because it might surprise you. I don’t want to ruin that surprise.

There isn’t much I can find as a con to this game myself. My only gripe is with the shop upgrade system. Whereas I do like the idea of it, people will have to learn to manage their spending. How can that be a problem when you can craft things you need too you might ask. Simply in you can buy armor or craft it. To learn to craft you must first purchase the book and that costs. Let’s say the crafting book didn’t have any upgraded reciepies to the armor you have, well then you can purchase some and that costs. If the store doesn’t upgrade how will you upgrade, unless to find out in a dungeon or chest somewhere on the map. Money management is a thing and you will have to learn how to do that. 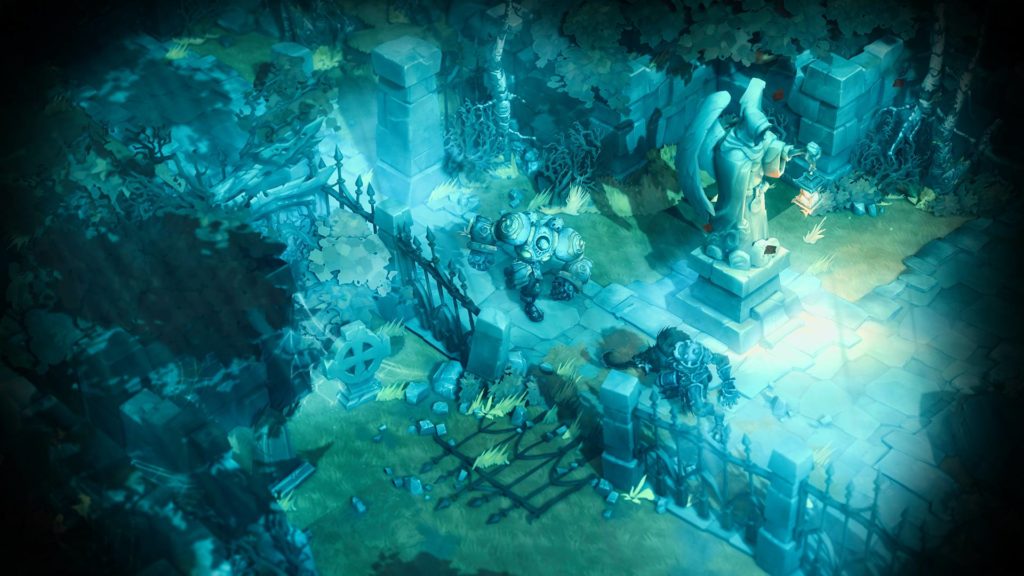 Battle Chasers is a great game and great RPG. I love the rich characters and their background. The art style makes this whole experience beautiful. The story, while I have not completed it yet, has captured me and I can’t wait to see where it goes. I think anyone that enjoys RPG’s will enjoy this game. You can check it out when it releases on October 3, 2017. When you do, come back and let me know what you thought about it. Long live Airship Syndicate, and long live Battle Chasers. 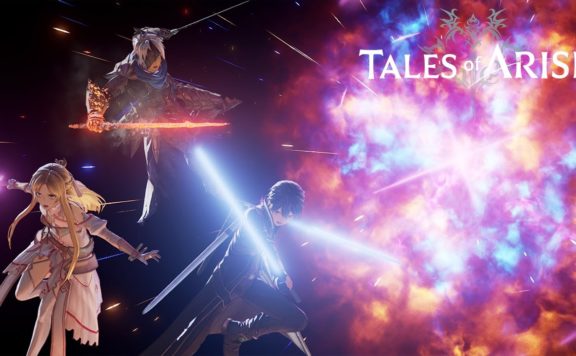