With regular releases in the series, SteamWorld follows adventures of different robots in a post-apocalyptic steampunk setting.  Though the developers have jumped around into different genres for their games, they’ve always been fairly well-received.  Hand of Gilgamech is the first to release exclusively on the Nintendo Switch, while also bringing the setting to a deck-building RPG.  Does Hand of Gilgamech continue Image & Form’s streak of developing good games, or does it fold under pressure?  Let’s find out in our review of SteamWorld Quest: Hand of Gilgamech. 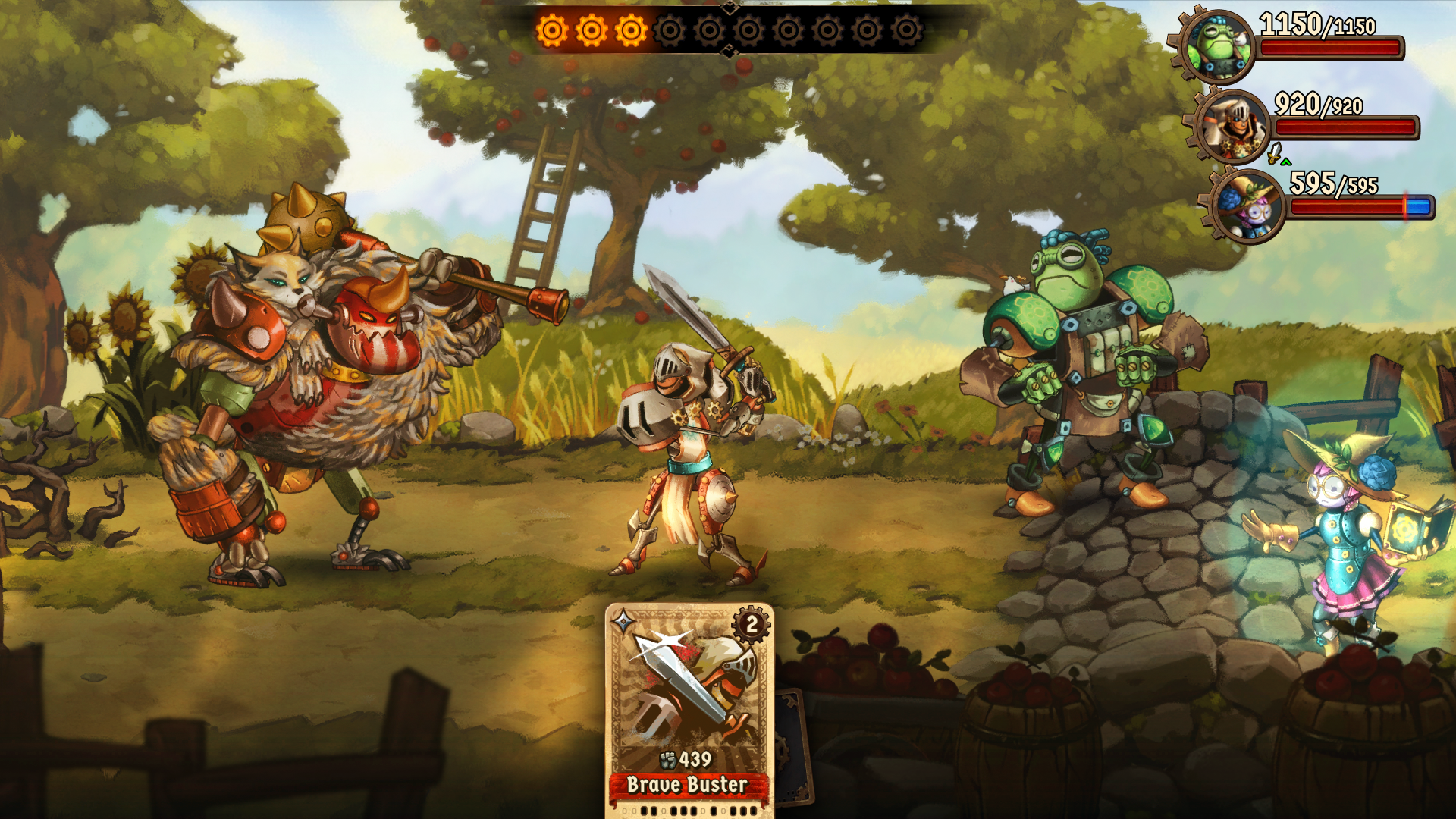 Hand of Gilgamech’s story starts off with a brief prologue cutscene, explaining who Gilgamech is.  The gods of the realm “got bored” and decided to put an evil heart inside of a behemoth, giving it life to terrorize the realm.  Gilgamech defeated the behemoth and hid the heart, becoming a hero in the process.  Decades later, when everyone has forgotten about Gilgamech and his story, is when you come in.  Armilly and Copernica, the first two characters you will have to play with, are hunting down a special mushroom so that Copernica can research it for alchemical uses.  After returning, they find that the town is being burnt to the ground by an invading army.  After defending the town, they set off to find what happened to the heroes who were supposed to be guarding the town, running into new allies on the way.

The core gameplay loop of Hand of Gilgamech is pretty straightforward: fight your way to the end of the dungeon.  Navigating through each dungeon, the player can find extra paths that can contain extra loot, shortcuts, or even difficult battles guarding more loot.  The dungeons themselves aren’t overly complex, but they make room for the star of the show: the combat system.  Being a card-based RPG, your characters don’t have traditional abilities.  Instead, each character in your party gets to pick a deck of 8 cards from your collection, and you will draw until you have 6 in your hand each turn.  Your hand is drawn from all of your active character’s decks, giving you a draw from 24 cards from a full party of 3 characters.  Each turn, 3 cards maximum can be played, with the ability to redraw up to 2 cards.  From here, there are a handful of combo systems that can and should be focused on when choosing which cards to activate.  The usual RPG strengths and weaknesses exist, with enemies being weak to some elements and strong to others, but the cards themselves also have combos depending on characters and your equipped weapon.  Some cards are basic attacks or spells that will build up combo points, while others let you spend them for extra-strong attacks.  Using 3 cards (a full turn) with the same character will give you a combo spell for a 4th attack in the same turn, depending on the weapon you have equipped and what combo it provides.  Other cards have built in combos, looking for you to play a card from one character to boost the effectiveness of a card from another character.  This gets even more difficult if a character dies, as that makes their cards unusable.  You’ll still draw them like normal, which means you’ll have unusable cards in your hand that you have to deal with going forward in the fight unless you have one of the fairly rare and expensive revives on you to use. 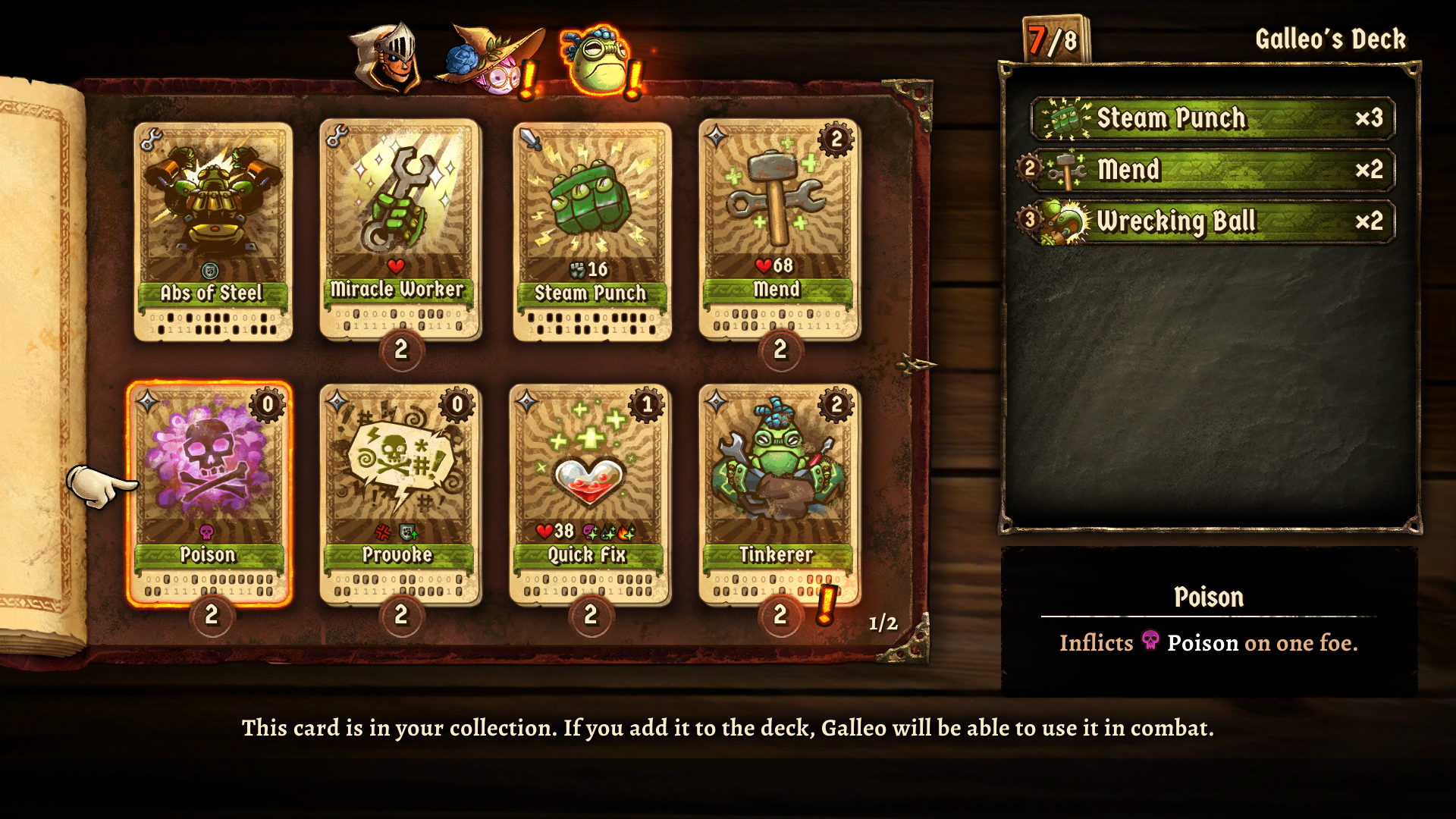 As with any card game, Hand of Gilgamech takes both a bit of luck and planning from the player to be successful.  With the myriad of ways to deal extra damage, it’s general suboptimal to just pick three basic attacks and pass your turn.  You’ll always want to be on the lookout for turns where you can do full combos with one character to pull off their combo ability, and balance it out with building up your team’s combo points as well as casting buffs and using items to stay alive.  Characters do level up, and while the number of stats they have are fairly minor, each makes cards played stronger in different ways.  I jumped straight into the game on hard mode (Legendary in-game) and, while the only grinding I did was returning to where I was from a death, I did find that building a deck based around a boss’s weakness was a requirement.  I frequently changed what I had in my deck for multiple fights, guess what would be good and what would be a dead card I’d be stuck with.  Each fight I find myself trying to figure out what combos I can play and what I’ll need to start building to quickly, hoping that between my fresh draws each turn and the redraws I get I can pull off what I’m looking for.

The only real downside I can think of in Hand of Gilgamech is the small incentive to replay the game again after completion.  The game itself is pretty short, and while the actual composition of mobs to fight in each battle seems to be semi-random based on the area, there isn’t much to go back and do outside of find all of the loot you missed on the way through.  While Slay the Spire, one of the games I find most similar, has a different path for you to take and different loot drops each run, Gilgamech is story-driven and is the same each time.  You could go back to other levels and re-battle the same monsters again, but at some point, you would out-level them and there wouldn’t be much of a challenge to it.  This may not be a problem for those looking to play through multiple times from scratch, but if you want to build a full card collection to play with, you may start having issues. 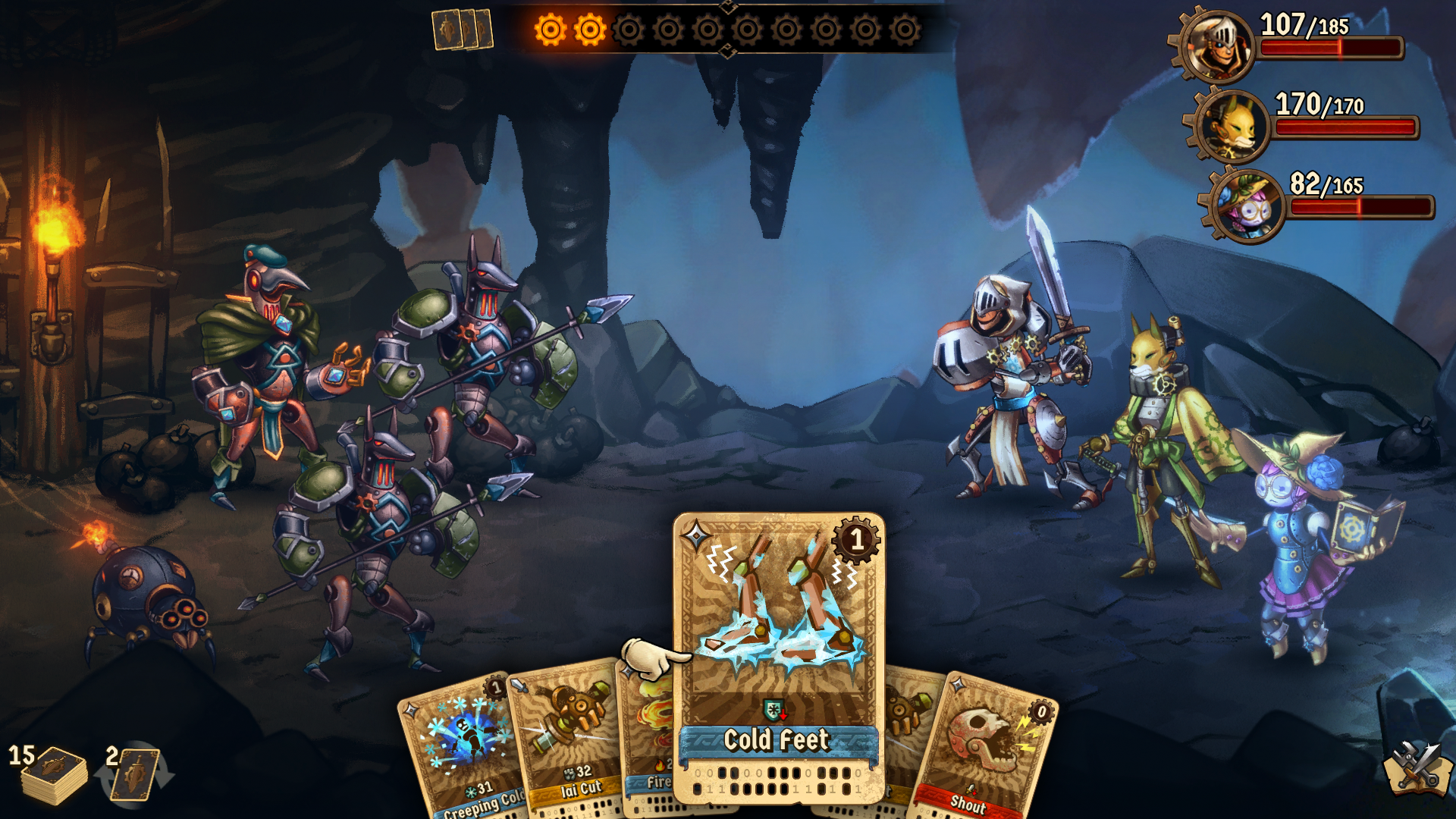 All in all, SteamWorld Quest: Hand of Gilgamech is a very good, if short, game.  Every fight will be different depending on your party composition, equipment, and deck setup, with each fight having multiple ways you could overcome them.  With a combination of luck, skill, and planning, each fight was both a chance to gain exp before the next boss, and an opportunity to try out combos before the big fight, fulfilling a card game player’s dream.

Note: Our Nintendo Switch copy of SteamWorld Quest: Hand of Gilgamech was provided by PR 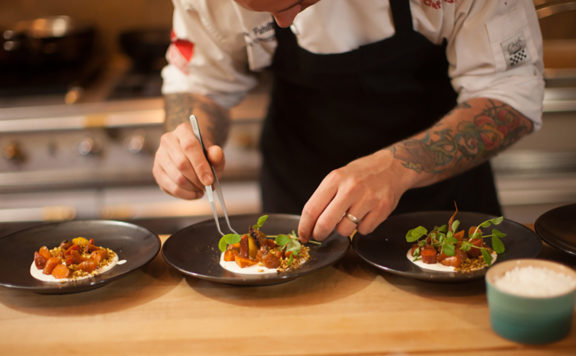 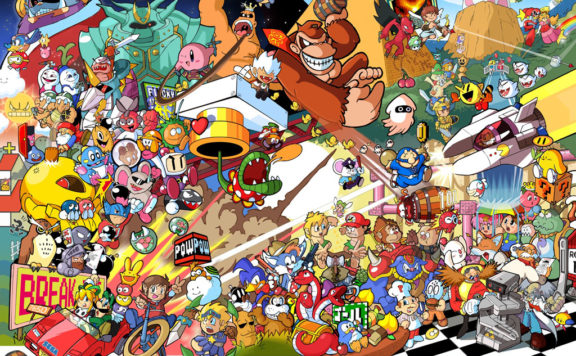 Raised By A Nintendo – Tim Eisenzimmer’s Life as a Gamer
February 15, 2017 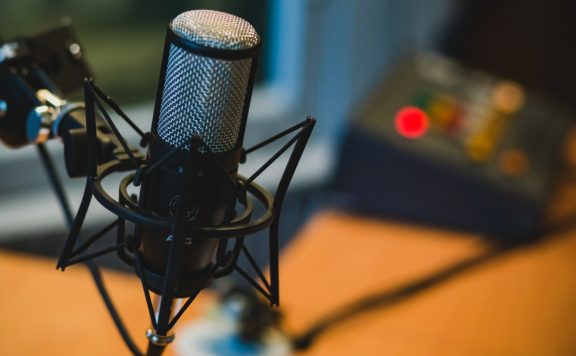 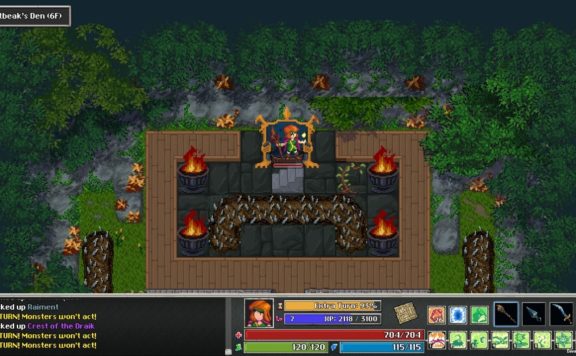 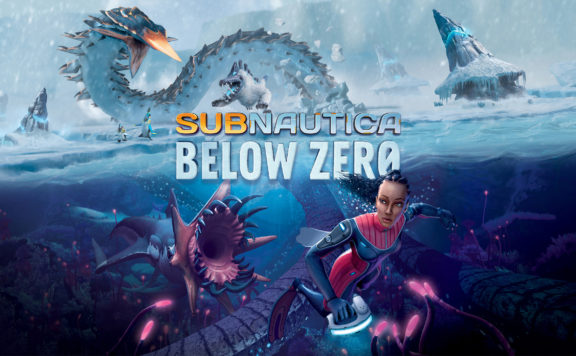 With regular releases in the series, SteamWorld follows adventures of different robots in a post-apocalyptic steampunk setting.  Though the developers have jumped around into different genres for their games, they’ve always been fairly well...
0
Average User Rating
0 votes
Have Your Say!
Your Rating: 0
Submit
Write A Review
Genre:Card Game, RPG, Turn-Based RPG
Developed By:Image & Form
Publisher:Image & Form
Series:SteamWorld