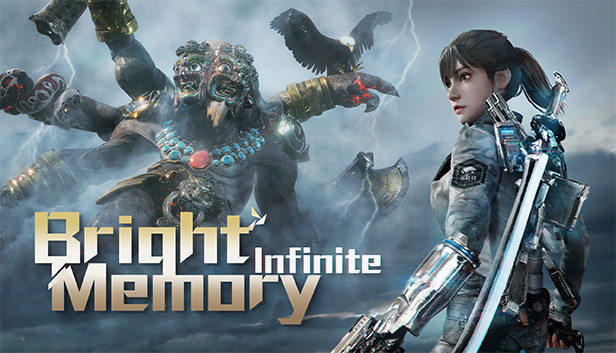 On March 25, 2020, a Chinese enthusiast released the first half-hour demo of Bright Memory, which made a shooter using assets from Unreal Engine 4. The protagonist of the game was equally good at shooting a machine gun and a shotgun and cutting all living things with a katana indoors. The fun was added by the ability to throw the enemy into the air, and while he dangled in a slow mode – chop with a blade or a thing with lead. 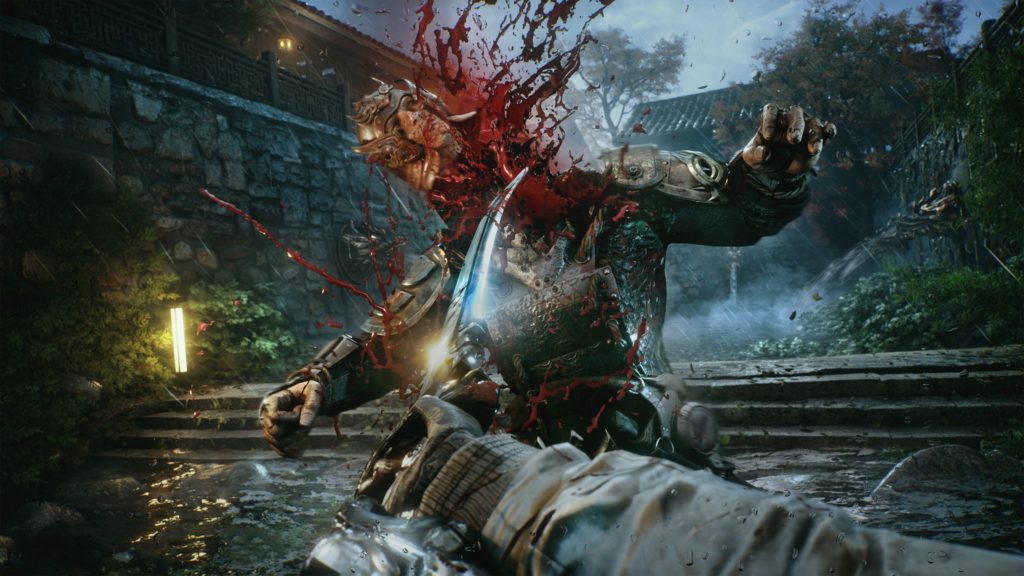 The game also had platformer parts and it was quite fun, double jumping, wall running and power grappling added variety to the familiar gameplay. However, all of this has been complemented by some pretty interesting bosses and a mystery. In general, this is a good project, which, compared to other shooters, looked bright and unusual according to the “old school” formula.

The same Chinese, now hiding under the name FYQD-Studio (in fact, his name is Zeng Xian Cheng), last year made a splash with his “Bright Memory”, it seemed, it was a 40-minute demo of a full-fledged game called Bright Memory: Infinite, reminiscent of Shadow Warrior 2. It so happened that Infinite and the first Bright Memory are two completely different episodes of the adventure of the protagonist, and the sequel is also short. Yes, everyone will agree that 40 minutes or an hour and a half is very short for a shooter.

A little about the gameplay

The project was released on November 12, 2021, about a year and a half after the first demo. So, did one person, but already with a team, manage to create something grandiose? Well, how can I say … On the one hand, this game will not create a new branch of games, on the other, in fact, another demo, only this time for an hour and a half.

And during the one and a half hours we tried to lay out everything we could: jumping from plane to plane, stealth mission, shootout in cars and even three fights with bosses … Well, in the final, how to say, something happened, but what the plot itself is incomprehensible – an indistinct mess. What is a gravitational sphere? Who are all these people? What artifact, and where is it from? The game just really lacks depth and thoughtfulness.

But if you look closely, you will find that the events of the game take place in 2036. All over the world, a strange phenomenon is observed in the sky, about which only the SRO (“Organization for Supernatural Research”), of which you are an agent, can find an explanation. It soon becomes clear that these strange incidents are related to an ancient relic that fell into the wrong hands.

There are four types of small arms in the game: machine gun, shotgun, pistol, sniper rifle. Each comes with alternate ammo, which effectively doubles the weapon count. And, frankly, here you can shoot plenty of ammunition, because it lies almost on every corner, like enemies. You do not need to look for weapons, the game will give it out gradually along the passage, and you will start with an assault rifle. 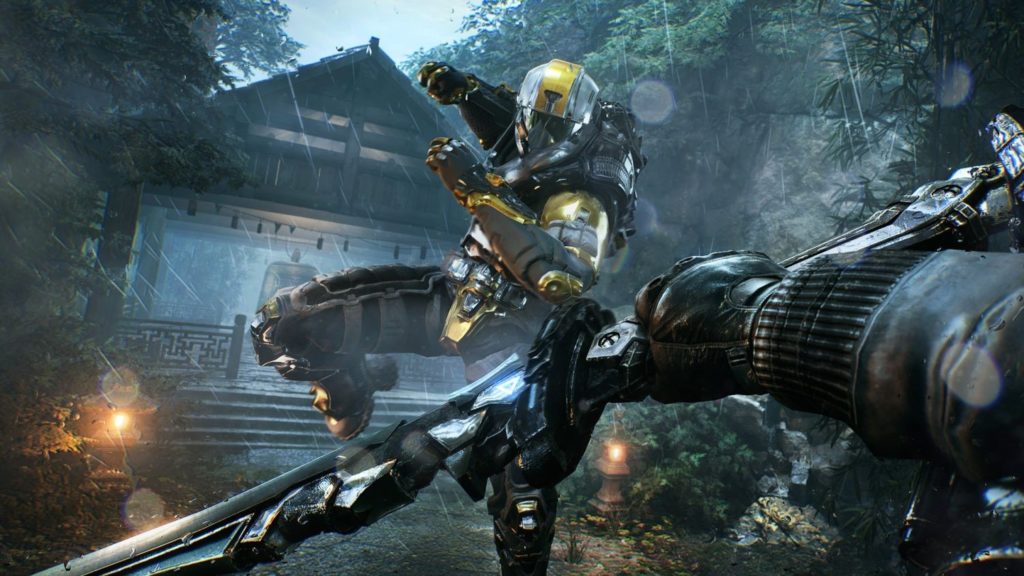 But in terms of variety, it’s a bit cramped. Unlike the first demo, here you will have to fight mainly with a soldier armed with the same weapons as ours, there are reinforced juggernauts that shoot rockets and climb into hand-to-hand combat, as well as some ancient spearmen and archers above two meters. where they came from and why is unknown. That is, they always try to kill us either from a distance, or they have an additional “power” shield.

On the first playthrough on normal difficulty, all weapons deal a lot of damage and the katana will become your best friend. But as soon as you want to move to a higher level of difficulty, our katana, and skills, in general, will become things whose usefulness tends to zero. Almost all skills take time to “charge”, and the character must run during this time. Yes, quite often you have to fight in narrow corridors or under heavy enemy fire. Only the skill of using a sword, after which he begins to release the energy of “blades” that fly in the direction of the gaze and attract the enemy – these are quite useful skills.

Yes, the game also has weapons and skills, but all that is required for this is to walk around the corners of the map and collect special Reliquaries. And as I just said, half of the skills are useless on high difficulty. 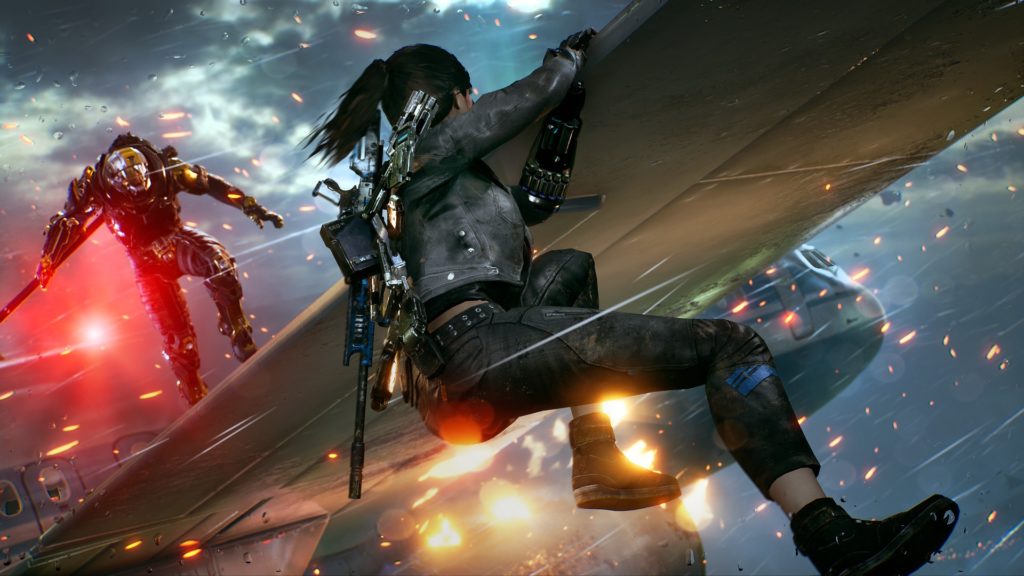 Most of all that I didn’t like during the playthroughs were the relatively long loading of the levels, which could take 15-20 seconds, and a very large number of “bottlenecks” for loading, and transitions between mini locations. And yes, always check to see if you killed everyone after the firefight since you will not be able to go further.

Speaking of skins … There are already several so-called DLCs for the game, the total cost of which is almost equal to a copy of the game. It looks like they are borrowed from the AAA industry, alternative costumes for the main character and skins for weapons are also created to entertain the player. Such a wardrobe is already a rarity in the industry (you can even cut monsters in a bikini) …

The game initially attracted my attention and the attention of people – with its pictures and graphics. To my great regret, I do not have a video card with support for ray tracing, and therefore I cannot fully see the local beauty, but it looks more than decent on a GTX 1080ti at 1080p, with a very nice picture and texture.

And the only thing that stands out from the big picture is the facial animations of the protagonist and the enemy general. I have not seen textures anywhere in the early 2000s, the lighting works well.

I was also surprised by the work that the developers have done on the sound. It is clear that this is largely the merit of Unreal Engine 4, but still. By ear, it is very easy to determine the direction from which fire is being fired at you or from where the enemy is approaching.

Our review of Bright Memory Infinite was completed thanks to a PC code from PR.

Tags: Bright Memory: Infinite, FYQD-Studio, pc, playism, steam
Summary
Obviously, this is just the beginning of a long journey, and for the first game from a very tiny studio it's a huge success. The enthusiasts did what the players asked for. One can only guess what fate awaits the FYQD studio, but I would not be surprised if in 10 years Bright Memory becomes a huge franchise under the wing of a major publisher.
Good
Bad
7
Good
Previous ArticlePlaystation Now December Games Adds GTA III: The Definitive EditionNext ArticleEverspace 2 Unveil The New Drake System and 2022 Roadmap