If you’ve never played Crashlands on mobile or PC, I’ll forgive you. It’s one of those much-beloved, but seemingly little-known gems. Akin to cheeky 2D survival games like Don’t Starve, Crashlands tells the tale of Flux and his trusty robot sidekick Juicebox and the planet they crash on when an omnipotent giant floating alien destroys their ship seemingly for parts and his own benefit. There’s a full narrative quest to follow in the base game, and more than just whacking trees for sticks, Crashlands engages you with a constant stream of side objectives and new recipes to test out. Its cartoonish and humorous in presentation, but it’s also just about one of the best single-player survival games on the market. And what’s more? The Switch version, released last week, now lets you play in couch co-op with a partner taking over controls for Juicebox.

Yeah, this little gem is a must-buy for families who game together. 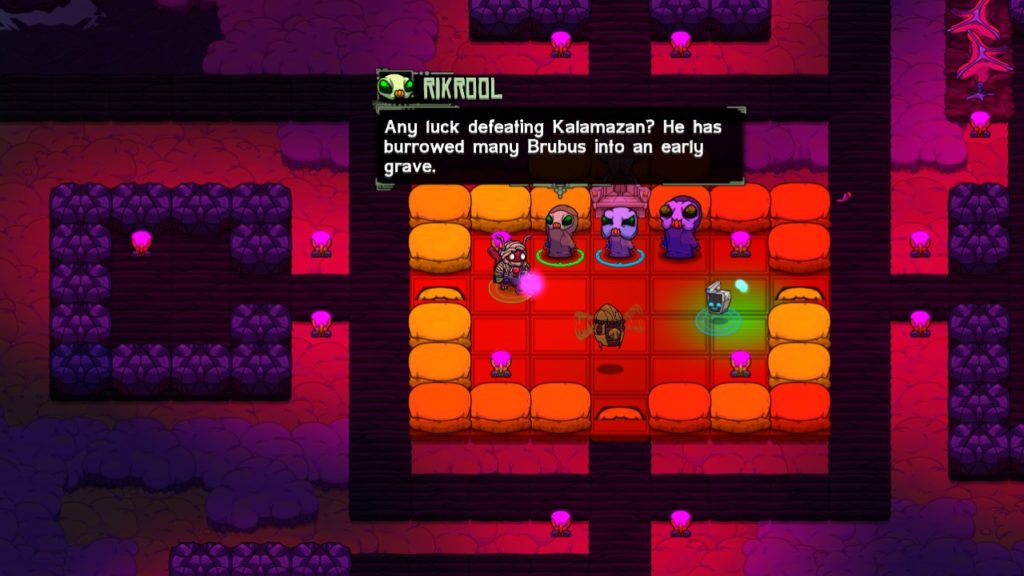 Like many of you, I’m kind of sick to death of indie survival games, but there are really great games among the throng of also-rans. Subnautica comes to mind, or Conan Exiles. Crashlands deserves a place on that list. Its 2D hand-drawn alien vibe and overall comedic pastiche may fool you into taking this game lightly – but that coverup belies a real depth of crafting, a great and funny story to play, and loads of randomized world to uncover.

NintendoLife calls it a mix of ToeJam & Earl and Don’t Starve, and that’s about as apt a description there can be. There really isn’t anything quite like Crashlands, but it borrows heavily from other genres. Its RPG mechanics and stats are right out of an Action RPG, with crafted items getting assigned randomized effects that can be awesome or ineffectual. The combat is solid, and often difficult, because you can quickly get swarmed by tough enemies. Luckily, though you drop most of your belongings when you die, you’re never too far from a spawn point to chase it down and get it back. 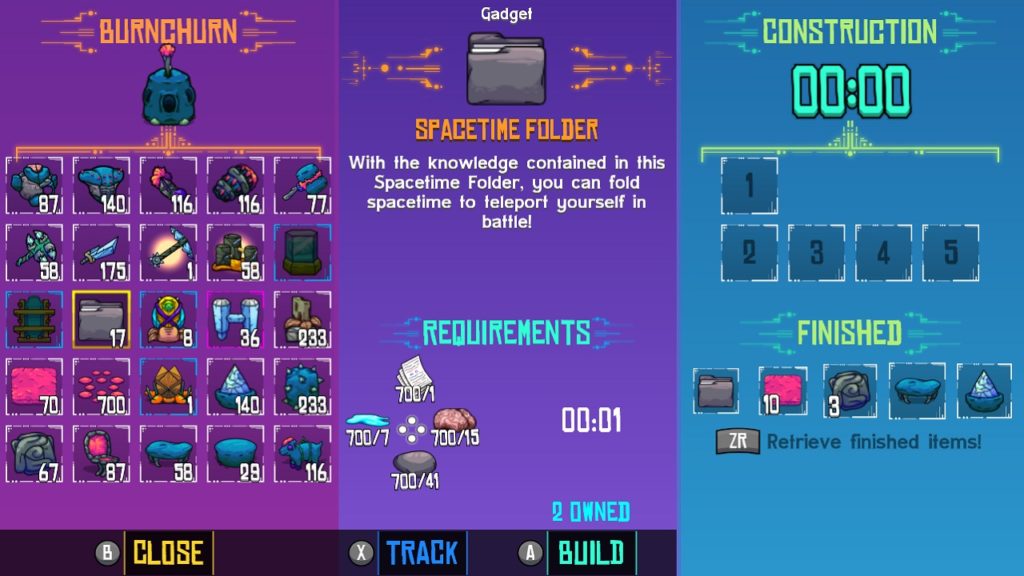 It definitely helps to have a companion to fight with you, and you can hatch them from eggs, or bring a friend to play as Juicebox.

Tags: Crashlands, nintendo switch, review, survival
Summary
The loop of crafting new gear, finding new locations, and crafting slightly new gear gets tiresome eventually, but the story and exploration is just enough to keep you going to see this quest to its end. A sequel is supposedly coming from Butterscotch Shenanigans in the near future, and for now I'm happy to revisit the 2016 game on the Switch, because it reminds me just how good an original take on the survival genre can be.
Good
Bad
8.3
Great

If you've never played Crashlands on mobile or PC, I'll forgive you. It's one of those much-beloved, but seemingly little-known gems. Akin to cheeky 2D survival games like Don't Starve, Crashlands tells the tale of Flux and his trusty robot...
0
Average User Rating
0 votes
Have Your Say!
Your Rating: 0
Submit
Write A Review