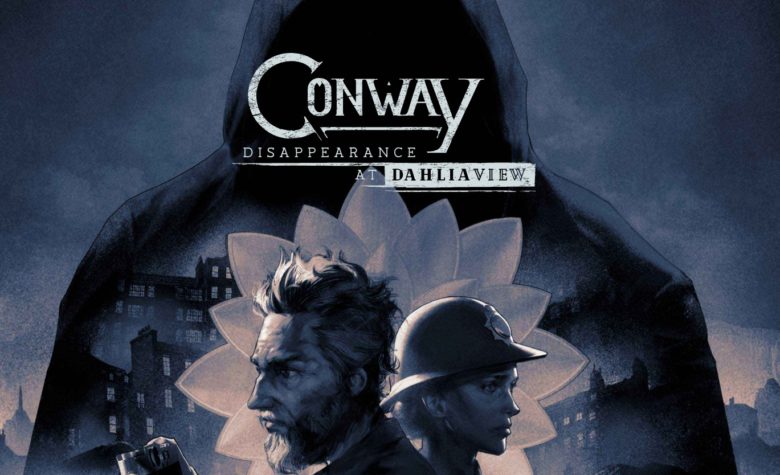 Conway: Disappearance at Dahlia View is a new story-based detective thriller. Developers of this game White Paper Games best known for the retro thriller The Occupation and the horror adventure Ether One, has announced during the Future Games Show that it will be releasing its new project this fall. The game was released on PlayStation 5, PlayStation 4, Xbox Series, Xbox One, Nintendo Switch, and PC on November 2, 2021.

“Sometimes it takes a nightmare to wake up a place like Dahlia View.”

The game takes place in 1950s England, where players take on the role of retired detective Robert Conway, who decides to start his own investigation into the disappearance of a little eight-year-old girl.

Neighborhood surveillance plays a key role in finding new leads and clues. By combining them, the players were able to find out what happened to the missing child and understand that the people around you are not the most respectable, and not as nice as they seem at first sight. Everyone has their own secrets. 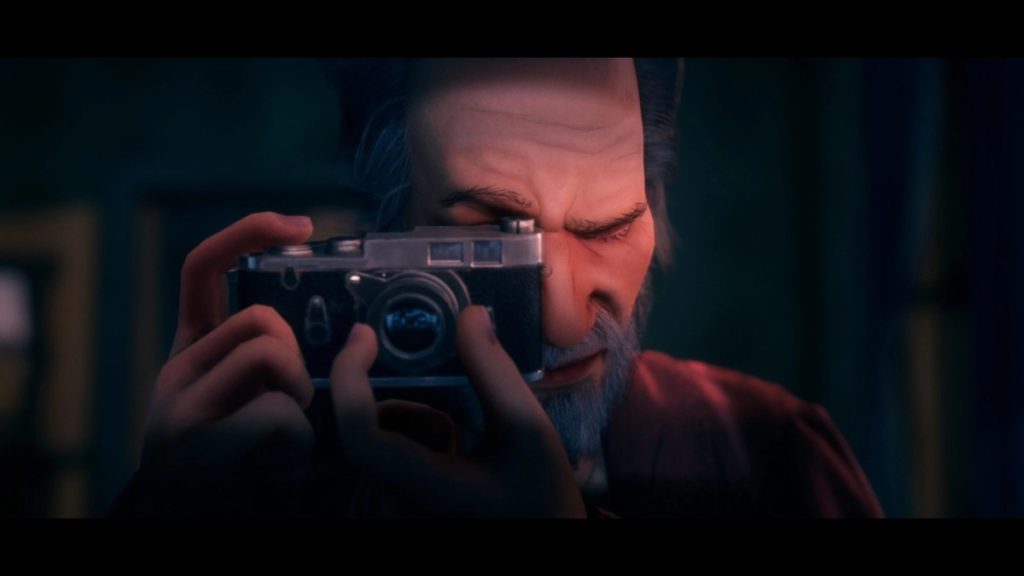 According to the developers, their new project is a tribute to the cinema of the 50s. They wanted to come up with an intricate plot, which takes place in a closed world. Thus, the player will have to guess what really happened. They describe their creation as follows: “This is an eventful detective story with elements of interrogation, observation and solving problems on the go.”

In Conway: Disappearance at Dahlia View, we mainly focus on observing the protagonists’ neighbors. Although at first, it may seem that each of them is leading a peaceful life, Conway quickly witnesses various family dramas, quarrels, and aggressive behavior, gradually raising suspicions about who may be behind the disappearance of the eight-year-old girl. Over time, the protagonist has no choice but to leave his relatively safe space and start interrogating suspects using the evidence he has already collected. Thus, he will be able to obtain more information, which, in his opinion, will lead him to the culprit. 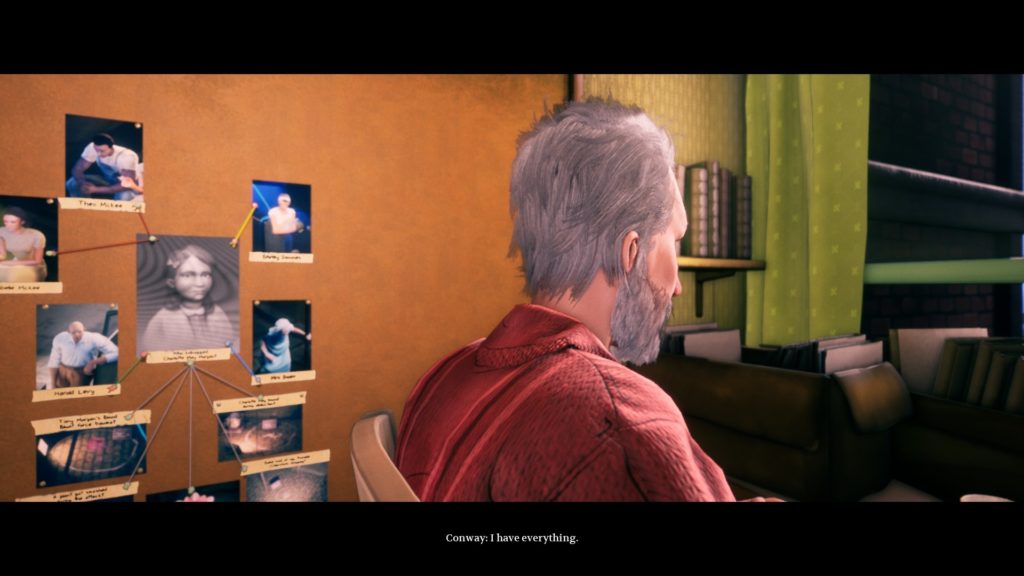 The siren’s howl catches Robert’s attention. The police cordoned off the area, marking evidence and questioning neighbors. There was a tragedy. Having looked closely at what is happening through the old camera, the former detective decides to personally find out what happened. It turns out that someone attacked a neighbor and kidnapped his daughter, eight-year-old Charlotte May. Although the police, including Mr. Conway’s daughter, act professionally, the detective’s old instincts take over. He understands that a desire flares up in him to find the person who committed this crime, the spark of life lights up in his eyes, and the excitement that pushes him to solve the crime personally, and even his paralyzed legs are not a hindrance to him.

Robert is very limited in movement. The crime also does not go beyond the area of ​​the residence. But that’s not a problem either. The instinct of the old bloodhound suggests that the culprit is among the neighbors. The hero decides to study each of the tenants in turn. The investigation unfolds according to one scenario: first, the detective observes one of the four houses and its inhabitants, then, taking advantage of the moment, sneaks inside in search of evidence. Sometimes he manages to slip unnoticed, even while in a wheelchair, sometimes he persuades residents to go towards a private investigation. 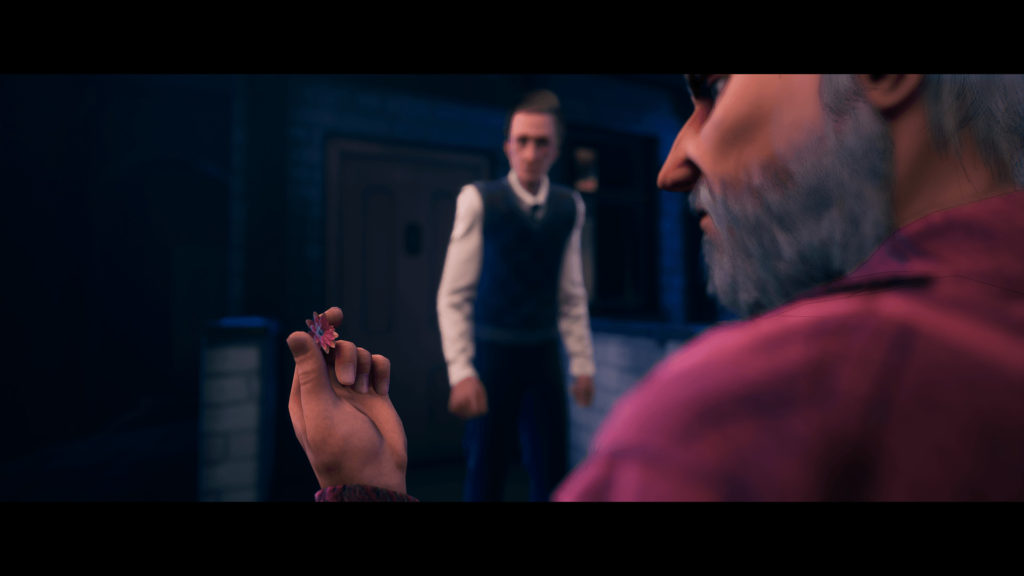 Most part of the game’s eight-hour timing is devoted to exploring someone else’s home. Each house is a very confusing place with several rooms and sometimes several floors. The further you go, the more complex the layout. For example, Robert comes in first to visit the McKee family. While the spacious apartment has a few rooms with plenty to explore, it is still much more modest than Old Lady Doher’s mansion, with multiple levels, secret passageways, and secret doors. In the course of the investigation, you will uncover many secrets of your neighbors, some of which will be even incomprehensible, and some strange.

Robert writes global goals in his diary. When you notice something suspicious, a line appears in the diary: “The piano keys are seizing as if something is interfering with them.”

The designers tried to set the direction, but without giving the player an answer. You will definitely have to think about it, or maybe it will take you five to ten minutes to understand what was wanted from you during a particular puzzle.

Having searched the dirty secrets of someone else’s house, the detective returns to his home to consider the information received. All this is designed in the form of a mini-game: on one board there are two or three questions, on the other – photographs of material evidence with highlighted details. Your task is to connect the necessary photos with a given topic using a line and understand whether the suspect may be involved in the crime.

Here you will have to exert maximum mental effort, since it is almost impossible to come to an answer by clicking at random, so pay attention to the details. 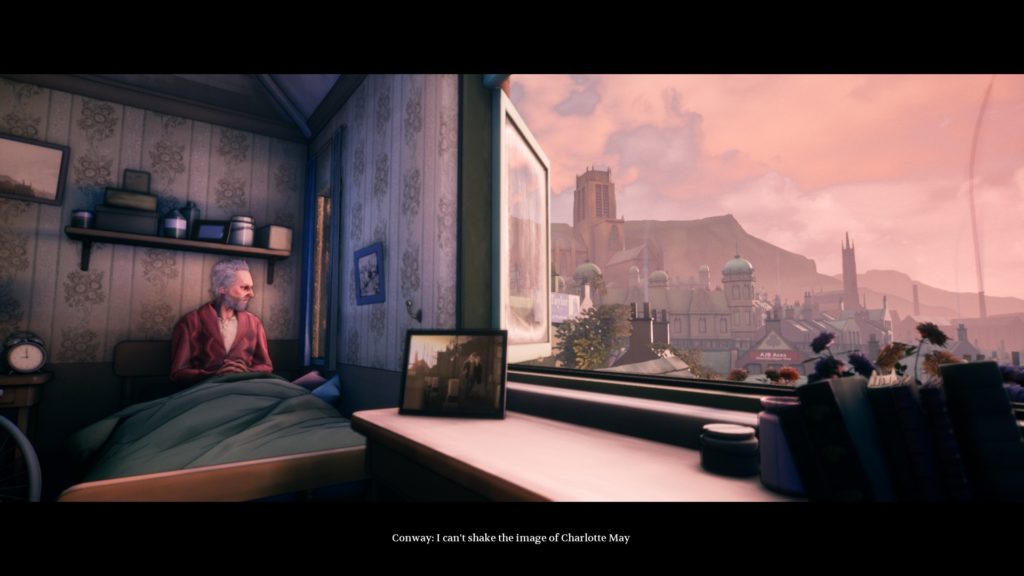 A good detective is a pleasure. He forces you to explore the story, look for clues in it, as the main character at a crime scene.

Intrigue is more important here than in any other genre. The narrative should contain clues, but not reveal clues until the last minutes, and this is what interests me most about this game.

Tags: Conway: Disappearance at Dahlia View, pc, review, steam, White Paper Games
Summary
Conway: Disappearance at Dahlia View feels like an "on the rails" classic quest game which can be a little off-putting. But if you like the Agatha Christie-style plots and the atmosphere of Hitchcock's Courtyard Windows, then be sure to take a closer look at the work of White Paper Games, because it is really good.
Good
Bad
7
Good
Previous ArticleOverwatch – Cassidy’s New Blood ChallengeNext ArticleWoW Shadowlands Revealed Update 9.2 Eternity’s End 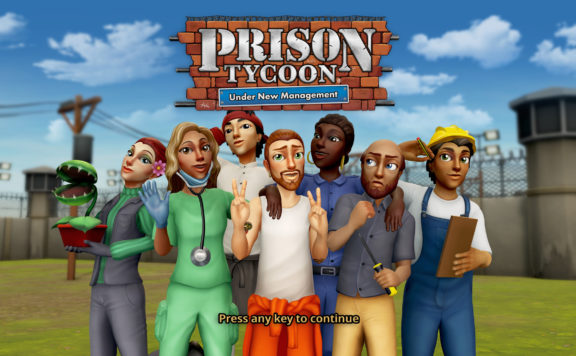 Prison Tycoon: Under New Management Breaks Out on Steam
July 6, 2021 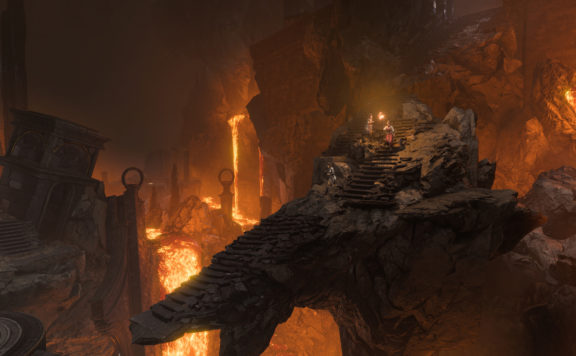 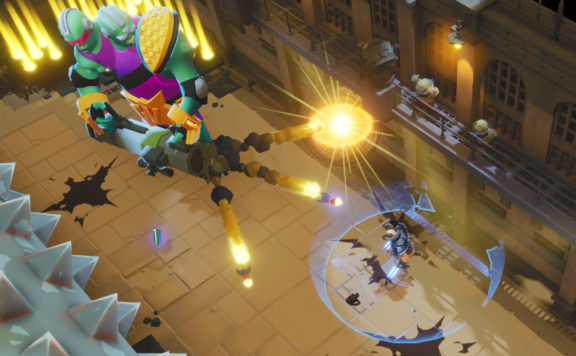