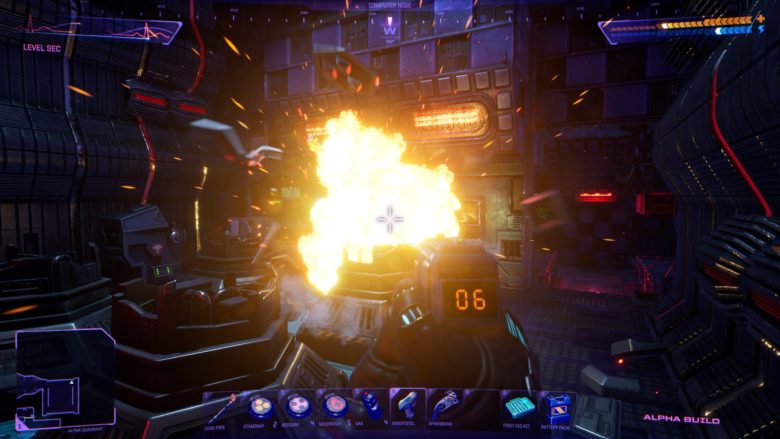 Nightdive Studios has just made a demo of the much anticipated System Shock rework available on Steam and GoG. Players who haven’t been back to this cyberpunk sci-fi universe since the original launch back in the mid 1990s can dive back into Medical Bay and take a tour of what’s to come in the new reimagining of this classic.

The new version of System Shock puts nearly two decades of distance between this version and the MS-DOS original. While you’ll still be able to get them both on PC, there are a few differences. The story, set in 2072 aboard Citadel Station, is largely expected to be the same but the new demo should show off some upgraded graphics and give fans a glimpse of a fully augmented player experience where players will find all unlockable weapons available.

This might not be the first time that hardcore fans have had a glimpse of the System Shock remake. Kickstarter backers have had pre-alpha access already. This is, however, the first time the general public has had a free first look at the game and it comes not long after Tencent took over the troubled development of System Shock 3. If you remember this sci-fi classic and the raft of classics that it spawned then you too can return to one of the grand masters of cyberpunk gaming over on Steam and GoG now. Then its just a loading bar away from full release.

Written by
Ed Orr
For those of you who I’ve not met yet, my name is Ed. After an early indoctrination into PC gaming, years adrift on the unwashed internet, running a successful guild, and testing video games, I turned my hand to writing about them. Now, you will find me squawking across a multitude of sites and even getting to play games now and then
Previous ArticleFarcry 5 Goes Free This WeekendNext ArticleWhy Play The Elder Scrolls Online?