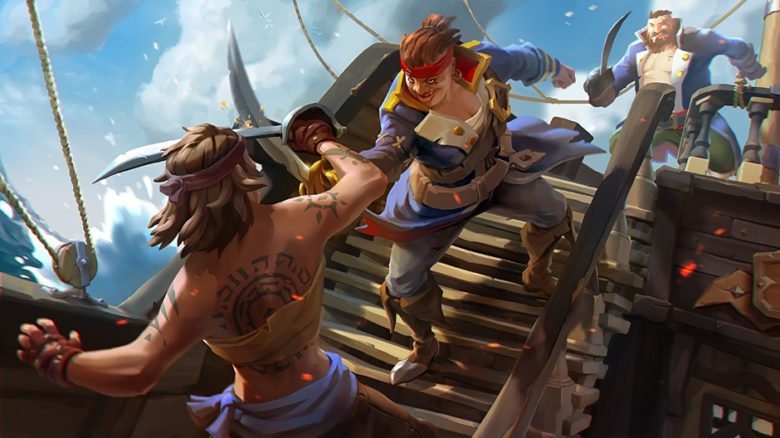 In one of the week’s biggest surprises, Rare announced that Sea of Thieves is setting sail for Steam. Developers aren’t ready to reveal the exact release date for SoT on the gaming platform but noted that it will be docking “soon”. However, the official Steam page is live so players can wishlist the game for its future arrival.

Anchor up, sails down and full @Steam ahead!

While we don’t have a date to share just yet, we’re thrilled to announce that Sea of Thieves is coming to Steam soon! You can wishlist it now so that you’re ready to add it to your hoard as soon as possible: https://t.co/WE0JplLmVt pic.twitter.com/7etQCIm20M

The Steam launch will, of course, feature all “of the glorious sweep of the pirate life including Adventure mode and the latest updates: The Arena for PvP multiplayer, Maiden Voyage for brand-new players and everything in between. Rare is also happy to confirm that cross play will allow Xbox One, Windows 10, and Steam users set sail together, letting players assemble their perfect pirate crew, whatever their preferred platform”.

Check out the Sea of Thieves official site to learn more.

Written by
Suzie Ford
Suzie is an avid gamer and has been since 1995. She lives in the desert with her own personal minion while dreaming of pixel worlds beyond Earth.
Previous ArticleThe 7 Best Football Games of All TimeNext ArticleDisaster Report 4: Summer Memories A Review We Won’t Forget