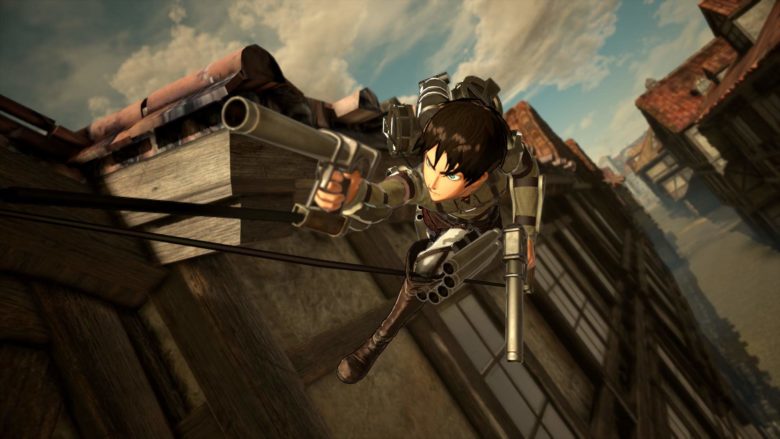 It should be said now before we get started that this is a review on the expansion. Are you ready? I am!. Here is our review of Attack on Titan 2: Final Battle.

If you had played Attack on Titan 2 when it originally released you know that you can customize your character and play through season 1-2 story as the protagonist. Now with this update, we get to play through season 3 in “Character Episode Mode.” You will be able to experience some of the new features right away in the story mode while others you will have to unlock through playing. A new feature is “Control Assist.” It allows for simplified controls when attacking Titans. In the beginning, I found this to be very helpful because I was awful at the controls. Eventually, I turned it off and got the hang of things because I found the weapon I enjoy playing with. 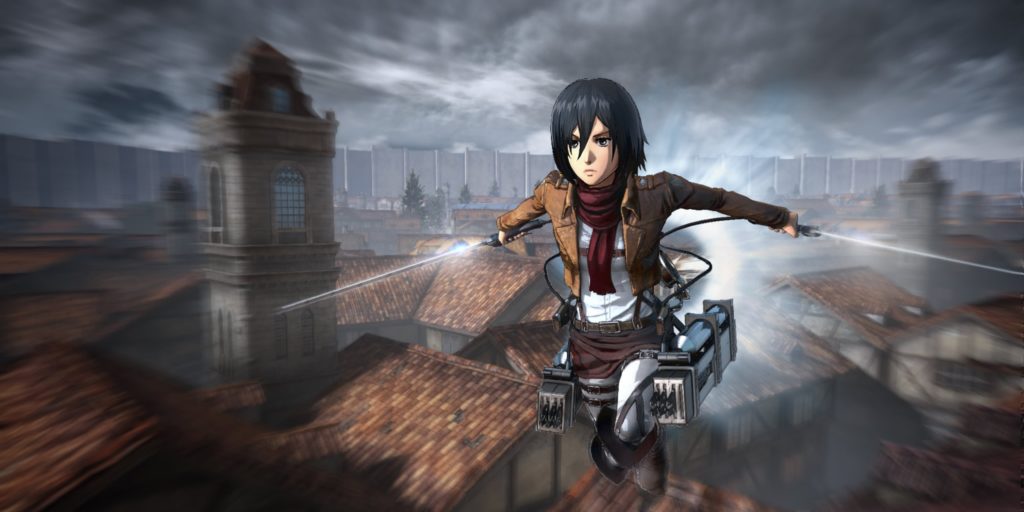 Season 3 brought new weapons to light with Kenny having Anti-Personnel ODM which is a long-range gun-based weapon and “Thunder Spears,” which the scouts used. The guns were my choice of weapon. They are enjoyable to use, and you can use them from the very start once you get past the tutorial. Right away from season 1, you can those. The guns can use different ammunition types from regular, exploding, spread shot, paralyzing and bullets that enflame a Titan.

The Thunder Spears is what is called “Showdown Equipment Mode.” They are very powerful and have a special move that can be used when you get in range of Titan. I got to rain down a bunch of Thunder Spears on a Titan, and it felt so good. The guns also get a Showdown Equipment Mode called “Gattling Gun.” When in this mode, I got unlimited ammo and no need to reload. All I had to do was circle a Titan and use the old spray and pray method. After using the equipment, you can always replenish when you complete a side mission on a map when it pops up. Both types of equipment have been fun to use.

Attack on Titan 2: Final Battle has brought some new fun modes. Character Episode Mode has been a bunch of fun. It allows you to play through the season 3 story from characters of the series point of view. As you level your Regiment in this mode, it enhances your weapons. Any materials and Regiment funds gained in Character Episode mode carries over to your inventory in other modes. You don’t just need to play a single mode; you can mix it up when you feel like it. 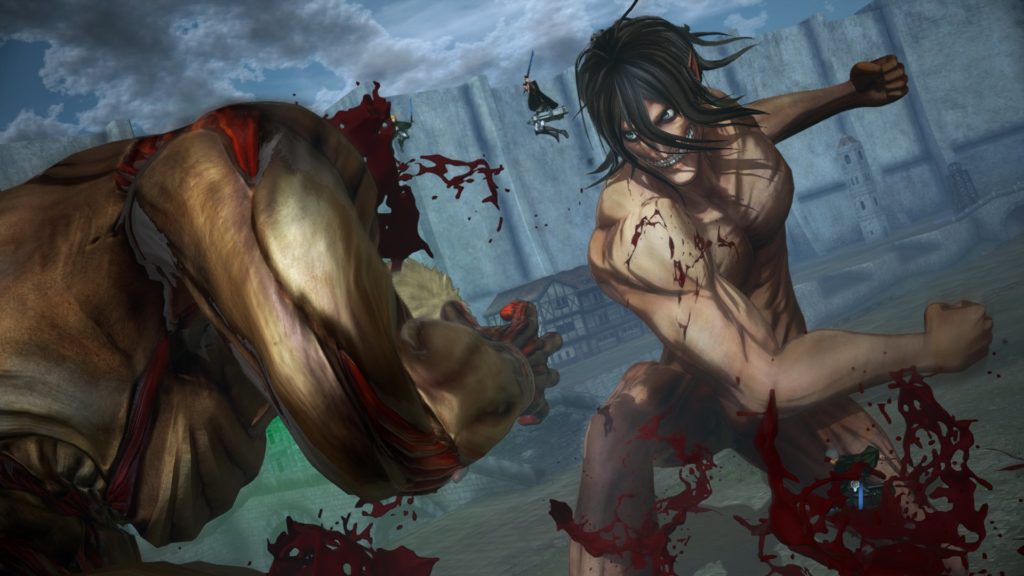 In Territory Mode, you can make your Regiment and choose any character to make them Commander, including your own from the story mode. You get a base and lead your Regiment in reclaiming territory from the titans. As you do so you can recruit characters from the story, some of which you will need to play through the Story and Character Episode mode to unlock.

When outside the walls fighting titans, I also gained materials to keep my Regiment going. Characters that I take out level up and learn new skills. The camaraderie between your character and the team levels up as well, which provide an added beneficial effect. It was fun being able to be in charge and form teams to go out on these patrols and reclaim the territories.

Another new feature of Final Battle is more characters. There were already 35 characters to play as in the game. Final Battle adds five more that can be unlocked by playing through season 3. These characters are Zeke, Nifa, Kenny, Caven, and Floch. Unlocking these characters will allow them to be used in Another Mode and Territory Mode. 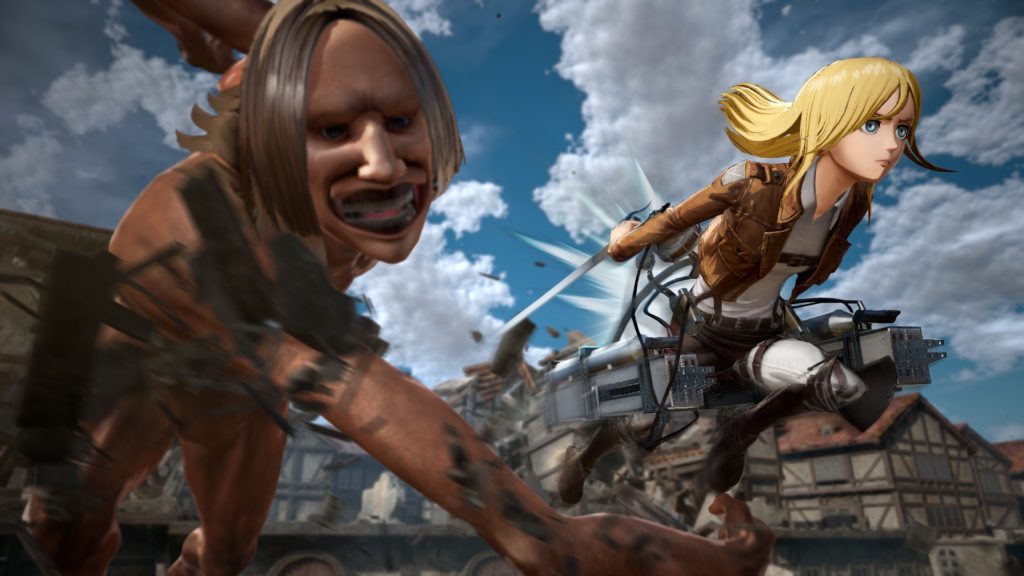 Attack on Titan 2: Final Battle adds so much more to the game. It adds new characters, new modes, new story, new weapons. It is no joke when they say it is a massive expansion to the base game. I’ve enjoyed every second of my playthrough of it. It’s fun having my character and making him Commander in Territory Mode. Character Episode has been a joy. Dynasty Warriors was a big part of my childhood. Seeing that this style of game has expanded into another area of my childhood, such as anime, has been delightful. I enjoyed and am still enjoying it immensely. What are your thoughts on it? Which do you prefer to use more blades or guns? Let us know down below. 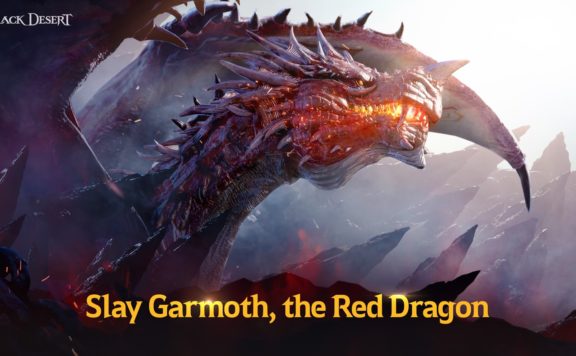