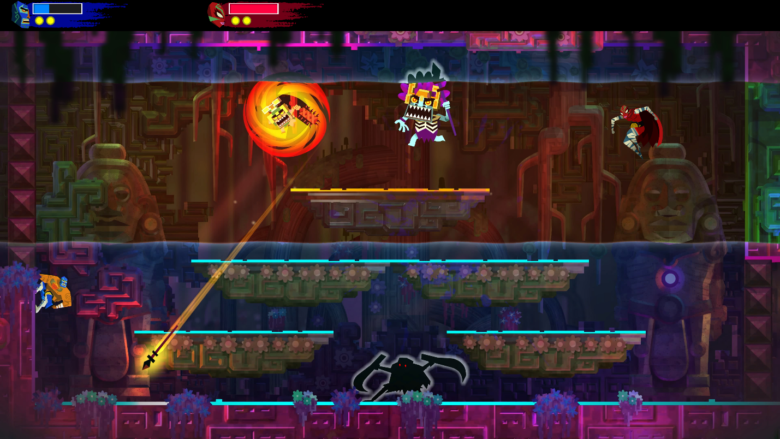 There are fun games and then there is Guacamelee. This platformer has one of the best themes ever, a Luchador wrestler who is a hero in a village. Juan, our luchador, fights undead in a jungle filled with Aztec ruins and it is awesome. We took a look at the game at PAX and here is what we learned.

The team at Drinkbox Software has built something pure fun. Never cracking like the tortilla chip in the trailer, the demo was a solid run of challenges and bosses. If you are a fan of old-school Metroid style games then the challenges and puzzles you face in Guacamelee will work well in your wheelhouse.

Juan begins with abilities to get around the complex maps and battle all kinds of foes. The board moves quickly and offers the player a growing list of formats to get used to. There were moments when it was hard to play for sure, but learning is king on platformers and going back to beat the map is so much fun because of the nature and themes of the game.

Chickens are everywhere and Juan, or one of the other characters, does have the ability to turn into a chicken. This was a big step from Guacamelee, the original because the game only allowed for this in certain areas. Getting to harder spots on the map is made much easier in chicken mode.

The other addition coming to the sequel is the four player co-op mode. Which expands the battles across the map. This format must take some serious coordination because just in single player it is hard to navigate the puzzles.

Where Guacamelee wins is in the fun theme and colorful world they have built up. Even though like most platformers, you die a lot. This game has a spirit all its own. There is a part where you can jump in and out of the land of the dead apparently. Having the fun skill son Juan helped a lot too. Being able to choose how to boost and when to double jump always makes the boards tricky, but that is all baked into the charm.

At PAX East the game showed really well and the team at Drinkbox continue to create a sequel to the game which fans will enjoy, but also it will appeal to many of the new players out there. With the lack of solid titles coming out, indie games continue to find their home on many consoles. Guacamelee certainly will have its spot when it launches later this year!

Written by
Garrett Fuller
Garrett is a writer for Gamespace.com. He cosplays as an orc, plays Horus Heresy on weekends. You can follow him on Twitter (when he uses it)
Previous ArticleClassic SEGA games are coming to the SwitchNext ArticleYs VIII is out today on Steam and GOG 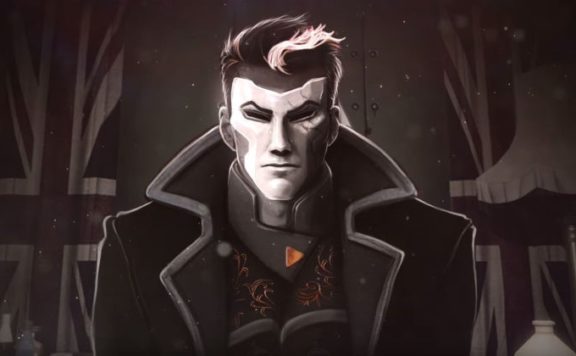 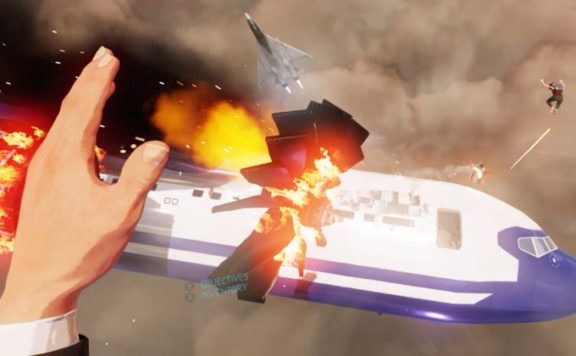 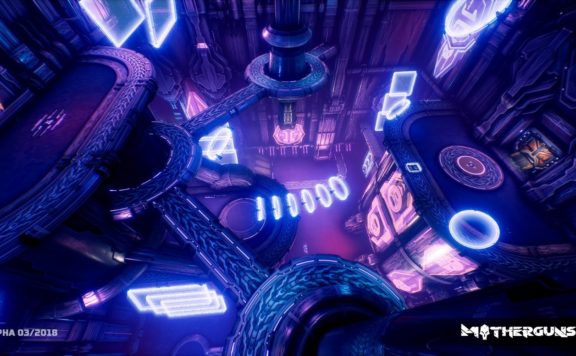