You can smell gas fumes in the air, you hear the rev of the engines around you, crews are finishing their final prestart checks, and you don your helmet and take your place behind the wheel. The car has felt really good this week after all the practice laps and you know you can take the win this time. You step on the gas and the race is off, you come into the first turn and cars all around you slow down to a crawl and start to turn the corner as you hit the accelerator and pass a few people. This is our review of F1 2018.

From Developer and Publisher Codemasters, comes this year’s next big racing simulator full with a career mode and other modes to keep you busy for a while to come. This will be the tenth installment for the storied racing franchise, and this year looks to be bigger than the rest. Normally when a franchise makes a new game each year you can expect bigger and better things from it, and this year is no different for F1 2018. This year the game delves into a more hands-on or hands-off career mode, it offers multiplayer, Grand Prix, Time Trial, Event, and Championship modes to give you a bigger game with more opportunity to take control of your game. We will cover a few of these new features below.

F1 2018’s career mode is bigger and better than last years, and you get right to it with character creation and picking a team right away. So like most games, you get to pick your avatar, and F1 is no different. You start by picking the avatar that you want to use, you also get to pick the racing team you want to be with so take your time and make the right decision for you, and then you get to also pick your racing helmet as well from some pre-established racers helmets to some other designs available to you. Once you have selected your chosen avatar you will be lead through the beginning video for career mode and then you will be, quite literally, off to the races. 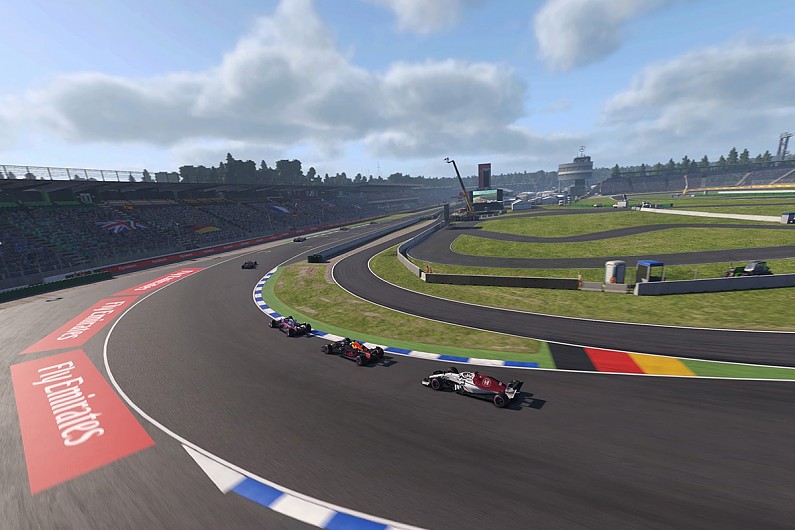 Your career starts you as a rookie as they introduce you to your teammate, select your rival, and show you to your workstation. The teammate and the rival work the same to me, you will have to outrace them to earn more respect from your team and other teams in the racing league. The more you are respected the better your perspective contracts will be. Which leads to the next part of the mode, your contract. This will show you exactly what the team you picked expects of you, for example, I chose Mclaren Racing and they expect me to place 12th place or better in qualifiers and races to continue to keep it with them. The better you race the better your contract will become.

Your workstation provides you with in-depth tools to help you with your pre-race routines. You will see the schedule, which allows you to pick your practices, qualifiers, and normal week’s races, as well as some events that will be available for you after that week’s race. You will be able to check messages from your team about contracts, race debriefs, and weather updates. From the workstation, you can also customize how your car is set up. You can select from different premade car setups like balanced, or ones with more or less downforce which would mean more or less top speed but also better or worse corner handling as well.

The next workstation tool is important to your race teams future success as well, Research and Development. R&D allows you to pick from four different areas of your car for improvements, which are worked in-house and normally take a couple of weeks to work on. But be careful, I found out the hard way that, in F1 2018, your chosen research doesn’t always pan out like you think it should. You may have to adapt your research to get something that works for your car going forward. 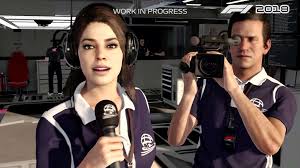 This year’s game brings it with the cars you are able to use, as well as classic cars that will be available for use in races. There are eight new classic cars this year with a total of twenty classic cars to use. The list of cars is as follows,

As you can see Codemasters are taking out all the stop with this year’s iteration of its famous franchise. Along with all of the features I have mentioned there is one more thing that is huge for this game, the graphics. The graphics in this game are beyond amazing and it makes you feel like you are in the driver’s seat in an actual racing arena trying to take the checkered flag home for yourself. The way the environment looks, the way the track looks and feels, everything you would expect from a newer style racing sim has been added to this game. That isn’t all though, with the graphical update comes some physics updates as well. Codemasters added new suspension and Chassis physics to make the cars move and feel more realistic as well. They are also taking advantage of Real F1 Physics Data and New Tyre Carcass Temperature systems as well.

Tags: android, Career Mode, Circuit Racing, codemasters, F1 2018, ios, multiplayer game, playstation 4, racing, racing sim, Windows, xbox one
Summary
Overall, F1 2018 is the first racing sim I have played in a long time because I could never get the handle of racing against other cars without smashing into them. This game has taught me a little more about patience in this type of sim game and has allowed me to open my mind to the possibilities of new gaming opportunities. I have had a lot of fun reviewing this game over the last few days and would recommend it to new or old enthusiasts of racing sim genres. F1 2018 launches August 24, 2018, and will be available on PlayStation 4, Xbox One, Android, iOS, and Microsoft Windows for $59.99 USD. Get out there and start racing sports fans!
Good
Bad
9
Amazing

You can smell gas fumes in the air, you hear the rev of the engines around you, crews are finishing their final prestart checks, and you don your helmet and take your place behind the wheel. The car has felt really good this week after all ...
9.6
Average User Rating
4 votes
Have Your Say!
Your Rating: 0
Submit
Write A Review