This month, the app ubiquitous with gaming communities and communication, Discord, unveiled the newest incarnation which includes games. You read that right: games ON Discord. As in, Discord is now a platform that you can both buy and play games on.

This isn’t as far-fetched an idea as you might think. In a time before the iPhone, Skype had simple apps like backgammon. Before you say it, yes, I’m THAT old… and yes, I did play backgammon over Skype with my girlfriend at the time… who is now my wife. That’s a story for another time, but the essence of it is relevant to the review at hand!

This is our review of At Sundown for PC on Discord. 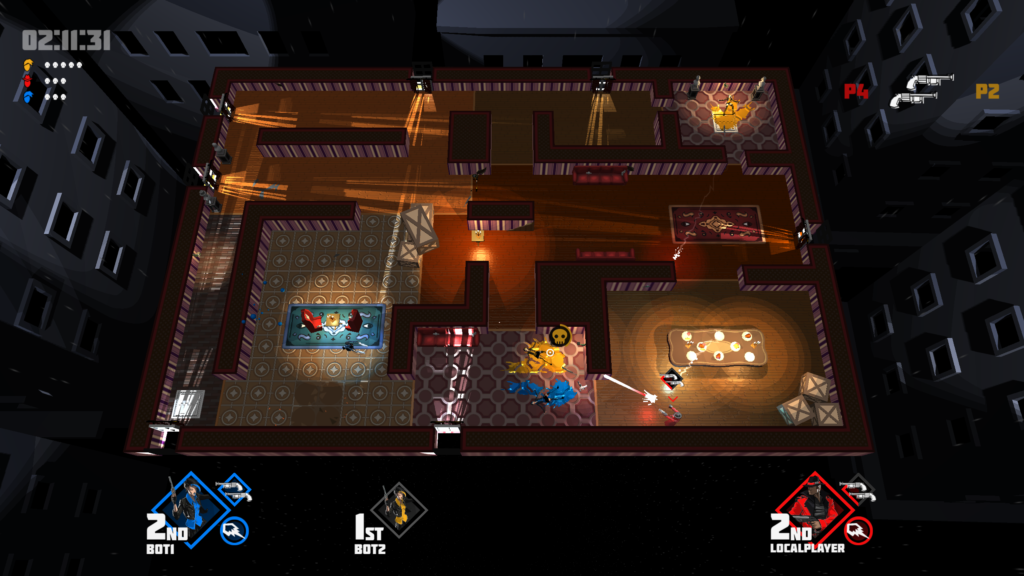 At Sundown is a top-down combat arena of a different kind. It pits up to four players against each other in on a variety of small maps, forcing each to use the shadows to take down their opponents. Each of these four players can be a mix of real people or AI and it can be played through Discord or alongside local players on the same screen.

Each player can choose from one of four different characters and team colors along with an arsenal of weapons. Weapons range from shotguns, auto rifles, and pistols to swords and sniper rifles. Each weapon layout has a main and alternative fire option. If you feel like you have chosen poorly, don’t worry: you can change weapons when you respawn post-death. 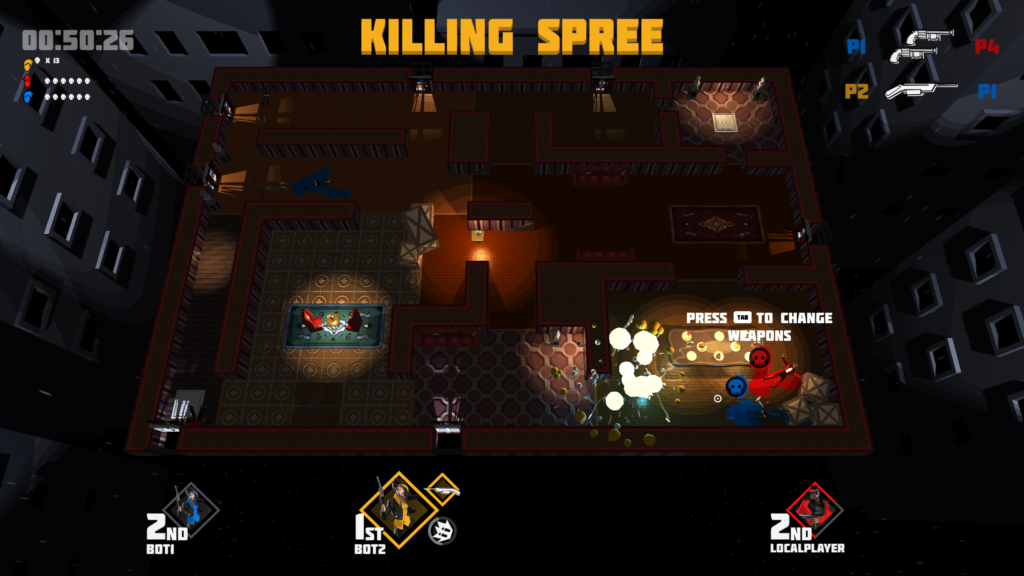 Speaking of changing things up, At Sundown has a few different play modes which range from standard deathmatch to a mode called “Back to the Basics” which strips away the extra options, pitting players against each other with only shotguns, no running, and no dodging.

Alongside these, there is a tutorial which can help you hone your combat skills, providing experience points to unlock weapons, maps, and gameplay modes.

All of this gets a little complicated with the game’s main mechanic: playing in the shadows. Conceptually, the idea of the lighted areas being an environmental enemy is pretty cool, but gameplay suffers from the byproduct of this. You cannot see where your player is without shooting or tumbling, but these actions reveal where you are to your enemies as well. A personal indicator might be helpful for solo or online play. 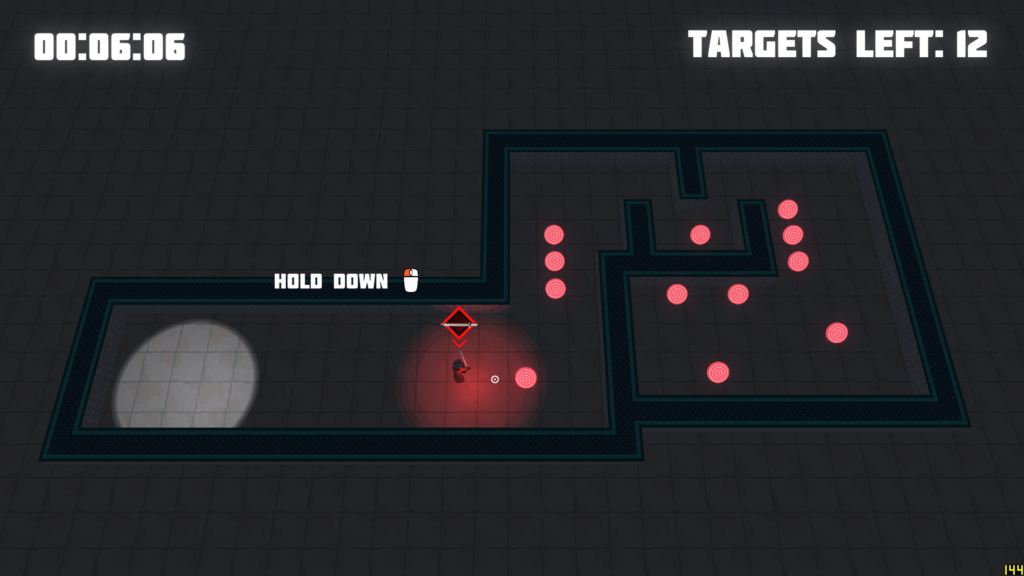 Going back to the opening anecdote, I believe that At Sundown is a game that is best suited for this medium, much like the Skype games of yesteryears. It is a very simple game without a lot of frills, but this makes it well suited for creating an environment of zany moments and good laughs while you are chatting with friends or potential-more-than-friends, if they’re into that kind of thing. Its system requirements are also very low, making it an incredibly accessible title for on-the-go play as well.

At Sundown is $14.99 USD and is currently a Discord exclusive. Developer Mild Beast Games and Publisher Versus Evil plan to bring At Sundown to Steam, PlayStation 4, Xbox One, and Nintendo Switch.

Note: Our copy was reviewed on Discord with a code provided by PR.

Tags: arena, Discord, local play
Summary
At its core, At Sundown is an entertaining indie game that is fast-paced and fun without requiring a hefty system to run it. Its main game mechanic of using light and shadows is interesting, but the lack of ability to see where your player is can stifle the enjoyment of the game itself.
Good
Bad
6.5
Fair 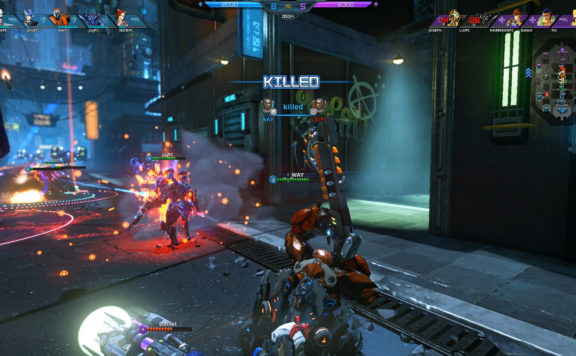 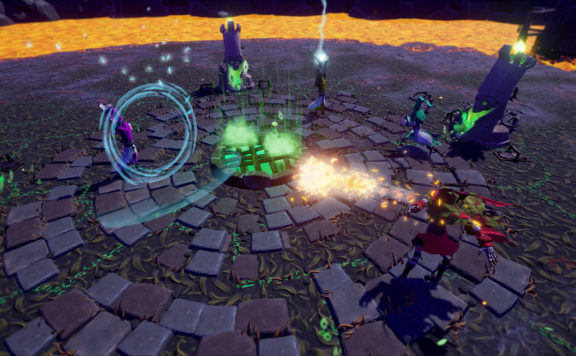 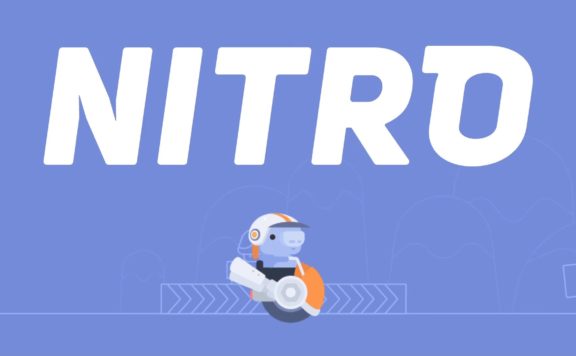 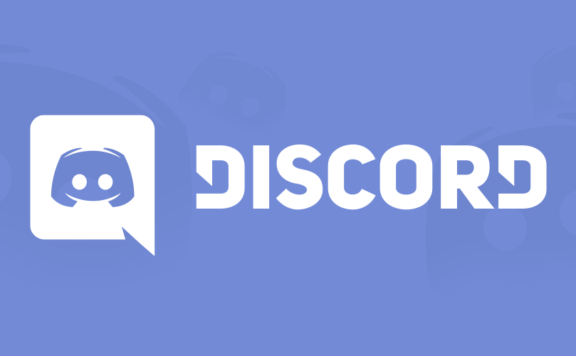 This month, the app ubiquitous with gaming communities and communication, Discord, unveiled the newest incarnation which includes games. You read that right: games ON Discord. As in, Discord is now a platform that you can both buy and play ...
0
Average User Rating
0 votes
Have Your Say!
Your Rating: 0
Submit
Write A Review