8/8/1988, 0808hrs, Dr H8 makes contact with the governments of the world with a single demand. $88 Octillion Dollars in 88 minutes, or he will annihilate the world. I can only presume he intends to blow it in an equal amount to his demand, 88 octillion pieces of debris hurling through space. Considering that’s an amount of money greater than any that has ever existed in reality or in fiction, it’s up to the brave few… no? Not brave few this time? Oh, there’s 88 Heroes ready to take on the dastardly villain?! Well that’s great news! This is our 88 Heroes review.

88 Heroes (or as I like to jokingly call it, The League of Extraordinary (and not so much) Gentlemen/Ladies/Children/Octopi?/Etc. ) is a game that at first may feel familiar. It’s got an air about it that is very reminiscent of BroForce at first glance, but that comparison starts and ends at having a vast cast that you switch between on the fly as they die off or a level is finished. This is a time based platformer, where often reaching the goal takes a precident over stopping the badguys in the level. You have 88 Seconds to reach the end of each level, with an overall time to beat the game sitting at 88 minutes. I’m sure you’ve noticed the theme by now, I don’t know how many more times I can say 88 with a straight face. 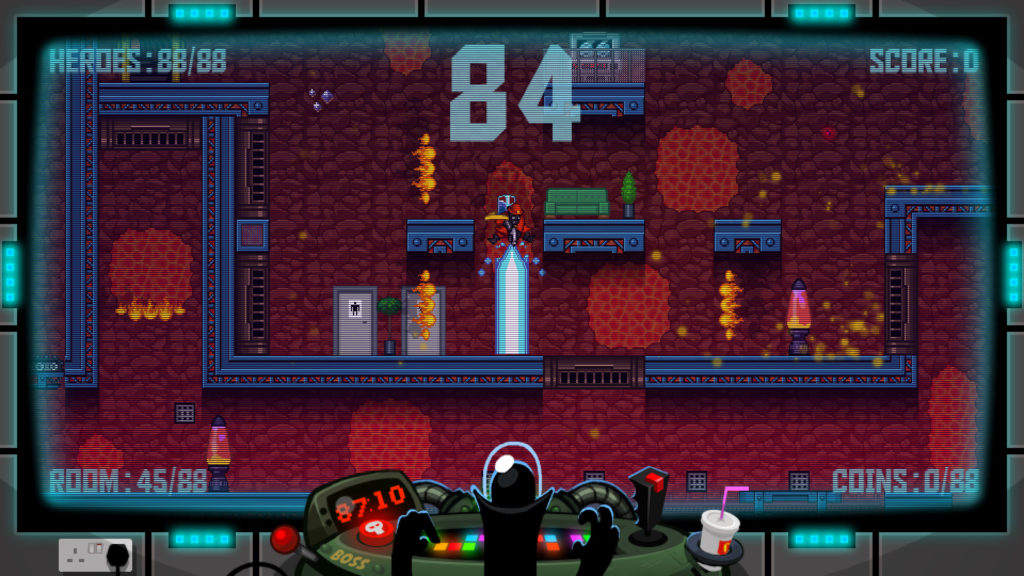 88 Heroes is never particularly difficult, for the most part, but the strict time limit becomes increasingly apparent level by level. You move through the first several levels with little to no consequence, but then things gradually start picking up. More baddies and traps, level designs pick up in length and become more varied, and with that gradual change you’re more than likely to lose some of your rank of 88.

That’s okay though, as you can always earn them back. But really, I was okay with thinning the flock a bit as I pushed onward. While some characters really stand out like Blastertron with his overwhelming firepower, or Medusa with her tendency to free enemies in their track as they gaze upon her, it’s not always a walk in the park. Some of the heroes are… a bit underwhelming. Literal throw aways like an silly hamster, a magical octopus who builds platforms for gaps most others could just jump, and many more. The developers certainly aren’t lacking for creativity, and they did a great job of blending in the good, the bad, and the outright useless cast together to make sure no scenario feels the same.

The entire time you press on, it’s from Dr H8’s perspective as he glares angrily upon a CCTV monitor watching your progress. While it’s a neat asthetic, sometimes his big head and guards patrolling the foreground become a hinderance to your progress. I had many unexpected deaths later on as my timing was thrown off due to being distracted by what was going on in front of me but ultimately that was my own fault for allowing myself to be distracted. 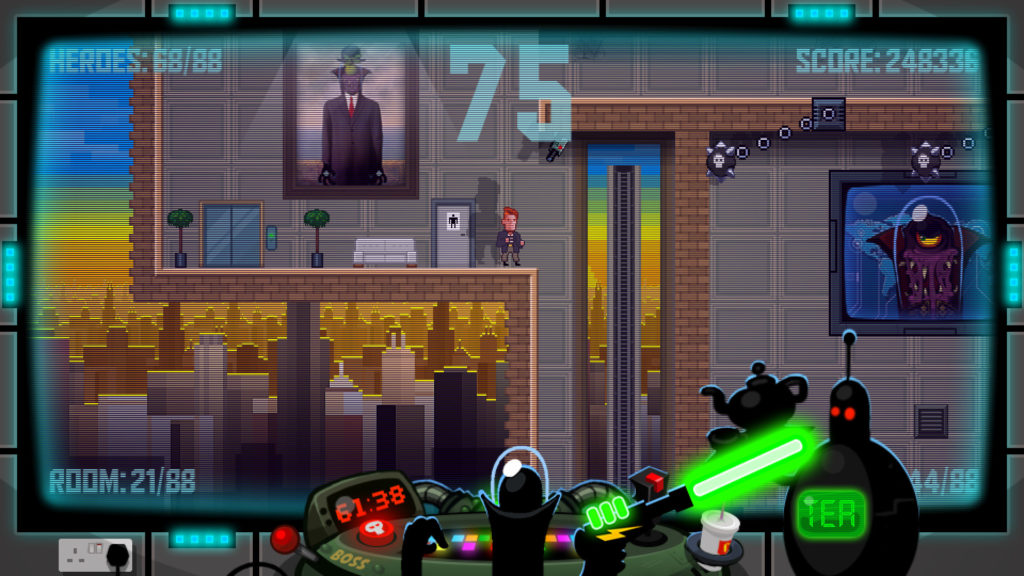 88 Heroes may not win any awards, but if this isn’t an instant addiction I don’t know what is. It’s great for a quick gaming fix with a classic aesthetic and a silly overtone, and a perfect way to waste… 88 minutes at a time, should you so choose! But even if you don’t defeat Dr H8, revisiting the game is worth it as the lineup is never presented the same way twice. You could have a tougher time on subsequent attempts, or an easier time, it all depends on the heroes that cycle through and when. It may not be a game I come back to constantly, but for a price of $14.99 and a high replay value you’d really be doing yourself a disservice if you’re a platforming fan and don’t pick it up. 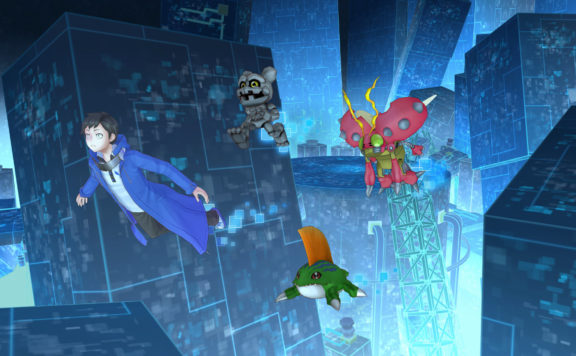 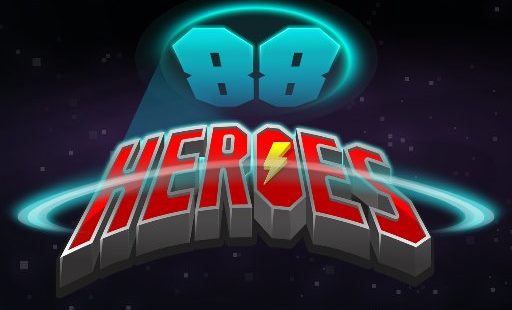 88 Heroes is chaotic and intense 2D Platformer by Bitmap Bureau and Rising Star Games for PC, PS4, Switch and Xbox One. Each completed level or character death will have players take control of another one of 88 heroes. Considering there are 88 levels and 88 minutes to finish them all, it's going to be quite a challenge.
8.3
Average User Rating
2 votes
Have Your Say!
Your Rating: 0
Submit
Write A Review
Genre:Platformer
Developed By:Bitmap Bureau
Publisher:Rising Star Games
Modes:Single-player