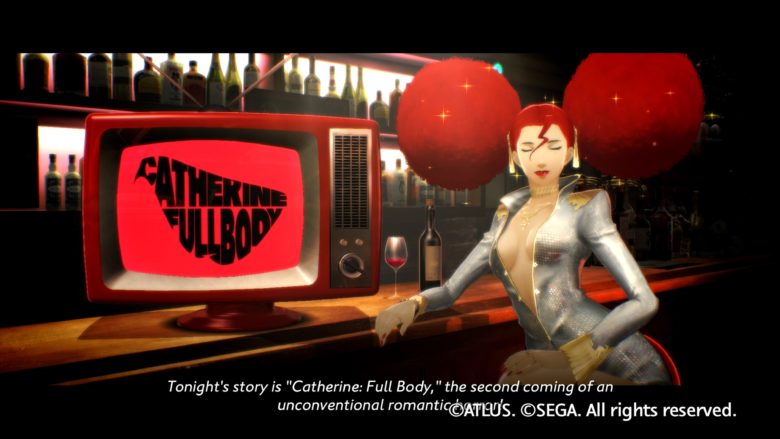 Atlus Games has announced that Catherine: Full Body will be coming to Nintendo Switch on July 7th. The announcement was made during today’s Nintendo Direct.

The game was remastered for PC in late 2019. Our reviewer had this to say:

“Catherine: Full Body is truly a remaster done right. With multiple puzzles, a brand new storyline, and new options that include an auto-play feature for story-lovers, if there are gamers out there that were on the fence about picking up Catherine, this version is a definite must. While more veteran Catherine players and action-oriented puzzle fans may get tired of the long story scenes, ATLUS has also included online modes, the remixed story path, and non-story oriented puzzles that are also available to keep players invested.”

The Switch version is presumed to include all of the game elements from the PC remaster including the Japanese voice-overs, higher game resolution, improved framerate, and customizable controls.

Written by
Suzie Ford
Suzie is an avid gamer and has been since 1995. She lives in the desert with her own personal minion while dreaming of pixel worlds beyond Earth.
Previous ArticleBioShock: The Collection coming to Nintendo SwitchNext ArticleChinatown Detective Agency Kickstarter Begins Today